What seems like ages ago - October 2015 - I saw that there were a Kickstarter campaign being established for a new and altogether simple bicycle navigation device. I pledged my support and backed the campaign with I think about £40 (I cannot remember the exact amount). As I got in so early I would not have the pay anything else.

Since then the people at Beeline have been really good at emailing updates about how things were going. This was great, being carried along their journey.

The concept was very simple. The device when paired to a smartphone app would navigate a route by displaying a direction arrow as the crow flies. That's it. No audible alerts, no maps no fancy HD display but something that was minimalist and uncomplicated. I suppose the one thing that attracted me to it was that simplicity and the idea of just following a direction arrow; being able to just take in my surroundings and not stick to a rigid route. 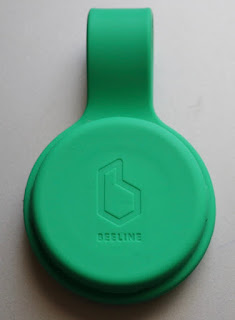 I have had my Beeline for a few weeks now and feel in a better position to tell you what I think of it. The device itself is as I have stated very simple. The green silicone case - there are other colours available but early backers got the special green colour - holds the device as acts a mount to the handbags or stem of your bike. 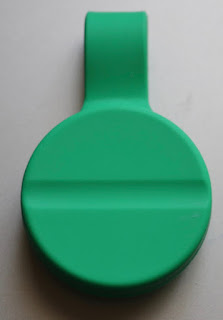 The grove sits on the bar and then you fold the case front on itself so it sits in place. The strap has some give in it and I have fitted it to stems and handlebars without an issue. 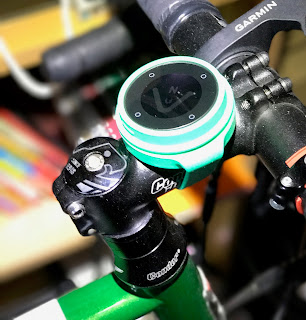 The technical bits sit inside the silicone case and the display is white on black. In sunlight this works really well and at night there is a small backlight to illuminate the direction arrow. 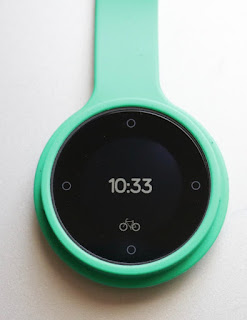 Battery life is excellent lasting for a few weeks between charges. In addition it is able to withstand the rigours of British weather.

The display with its compass direction arrow is very easy to read while cycling and it is supposed to be more accurate than that in your phone in terms of interference. 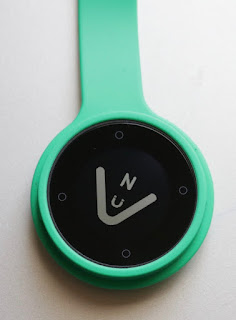 The packaging is worth a mention for following the minimalist theme and as well as being functional was environmentally friendly. 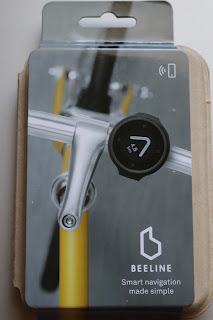 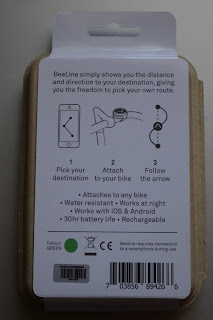 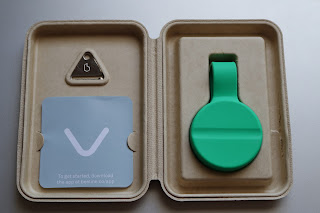 Also included in the pack is a triangular piece of polished metal which allows you to attach it to a bunch of keys and almost carry it like a keyring. Very clever. 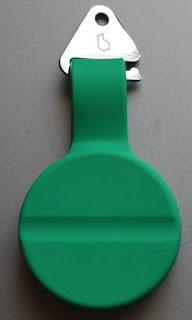 The Beeline app is easy to use and as well as being the conduit for loading firmware updates to your Beeline device, it also is where you put in where you want to go. When opening it your location is shown of the map and you have the option to tap somewhere on the map or input the details of a location.

A route is calculated almost instantaneously and then you ride, following the all important arrow. It works pretty well and I had no difficulty in following it. For me I see this as being used for recreational use, when I don't necessarily know a particular route but want a little adventure or variety. For this it works really well. If you want to get from A to B you can but for me it did seem to take the pressure off following that rigid route. When I got lost or wanted to make a different turn as it looked more interesting, I could. The navigation arrow just kept reassuringly pointing in the right direction. 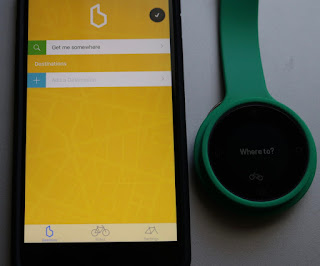 The Beeline pairs with your smartphone via bluetooth and once the initial set up is done, apart from turning on bluetooth on your phone connection is very quick. 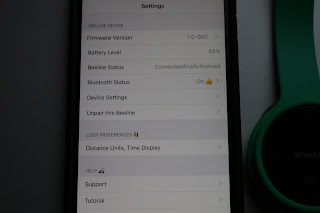 I would imagine that as more and more people give this a go, user feedback will filter back to the makers and additional features will almost certainly be rolled out. For the time being I am more than happy with it as a way of directing me on interesting routes. I have to add that the routes do seem to be bicycle friendly, so there is no need to worry that you might end up on the M25! 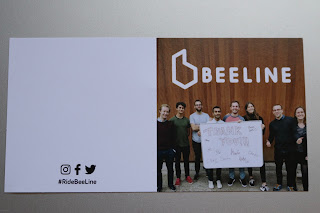 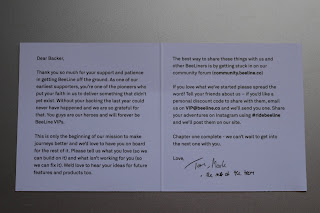 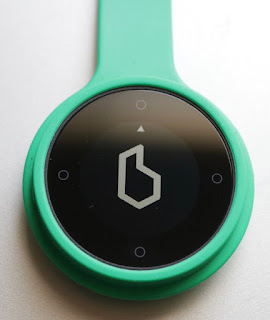 The Beeline is available from their website at £99 with a choice of three colours at the moment for the case - grey, red or blue. I am of course hoping that they come out with an orange one!