Back along the Thames Path

It seems like ages since I was out and about on one of my bicycles. The prospect of clear skies and no rain brought me to the conclusion that I should get out of the house and go for a ride. So that is just what I did.

I decided to cycle along a tried and tested route that always seems to bring a smile to my face. From the photos and title to this blog post, it was of course the Thames Path, heading east from St Paul's Cathedral to the Thames Flood Barrier and back again.

As of late the usual suspects have all gone off in their own directions and if honest, so have I. We rarely seem to ride together now, so this was a solo effort.

Crossing the Millennium Bridge there were already scores of people about. People taking selfies, photographers with tripods and heavy SLR cameras taking arty shots of the London skyline, joggers, dog walkers and other cyclists. 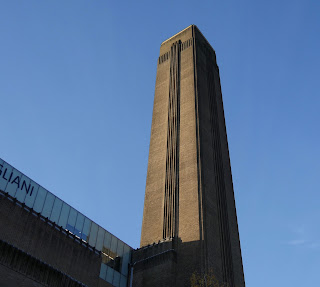 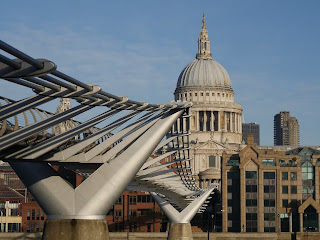 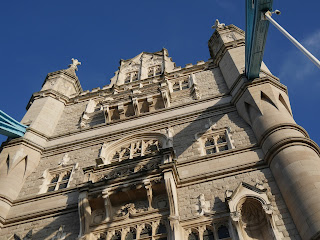 At various points I decided to do the touristy sort of thing and take a few photos while there was no traffic. 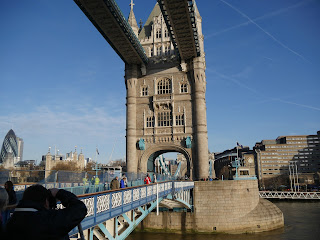 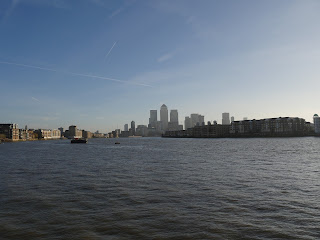 I cannot tell you how many times I have cycled along this stretch of the Thames Path but I always enjoy it. 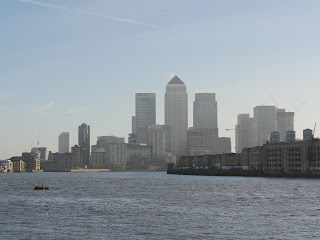 This morning did seem rather busy and it was as if everyone had the same idea I had. 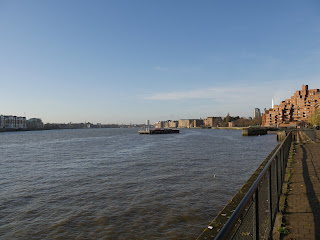 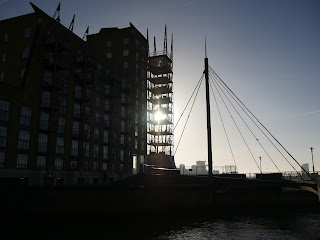 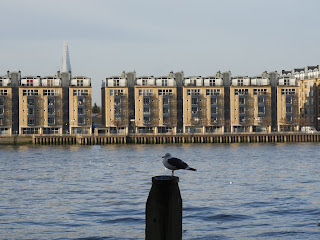 At the Greenwich Foot Tunnel the sign just outside of the lift stated that cycling was permitted, so I cycled its entire length. 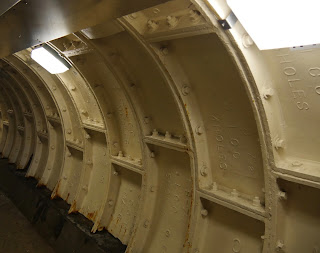 At a point along the Thames Path a large riverside development forced a detour along the main road that heads towards the Blackwall Tunnel. The traffic was gridlocked and I was glad of the shared cycle lane / pedestrian walkway. 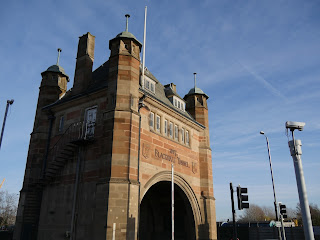 As I cleared the diversion I chanced across a great view of the upside down electric pylon. A couple of gentlemen seemed to be selling potted plants? 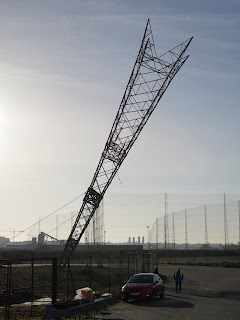 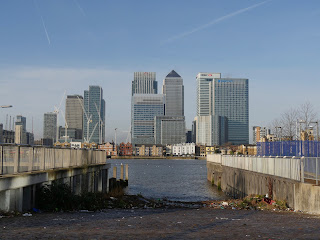 The Thames Path has lots of large artwork structure dotting along its length. One I like is the half boat. You see less or more if it depending on the tide. 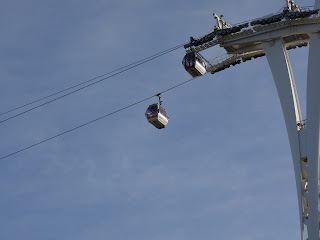 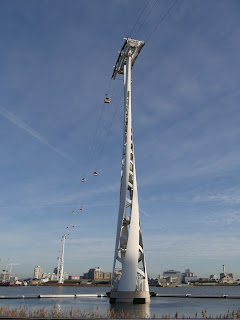 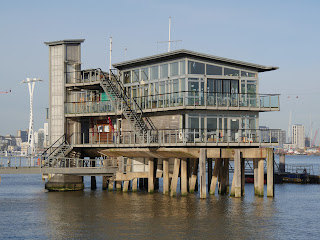 Arriving at the Thames Barrier I made my way to the 'View Cafe' where I had some refreshment. It was also the place where I was joined by a group of tourists from Norway who were bewitched by my folding bicycle. 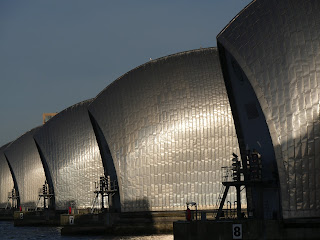 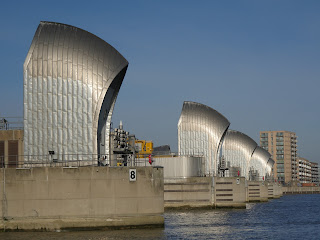 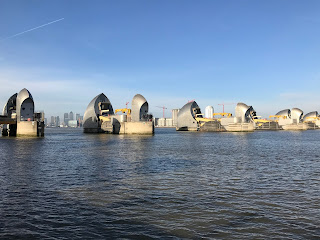 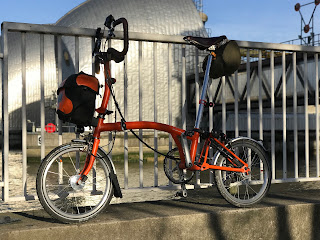 Part of the Thames Paths that used to be almost like a muddy field, seems to be finally getting developed. There is tarmac on some stretches and they had kindly placed gravel on the rest. As a result my usual cursing about my bike getting dirty was kept to a minimum. 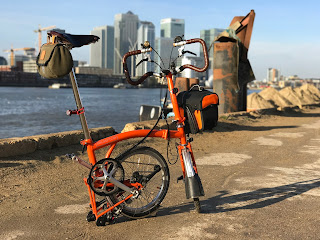 I enjoyed my morning cycle and I really should do this more often. There are a couple of rides next week, one on Friday night and the other on Saturday night. I have yet to decide which would be best for me or if I even want to go at all. I suppose I will see how the week ahead goes and sleep on it. 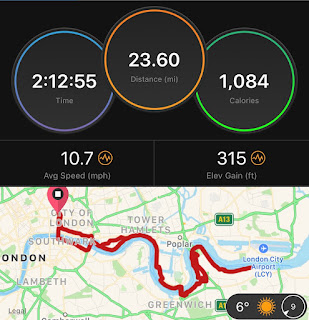