This morning I was up bright and early and off for a familiar cycle along the Thames. The views are the same as is the route - well sort of - but it is still wonderful and it felt as if summer was finally here. (Of course these few days of sunshine can often mean that's it as far as good weather goes).

There were very few people about and those I did see were almost exclusively joggers. They seemed to be everywhere. Mush is made of middle aged men in lycra but much could be said for our jogging cousins. It seems the order of the day is to wear as little as possible and as tightly as possible. This would not be so bad on 20 or 30 somethings but on those in their 50's... 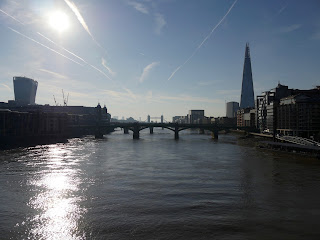 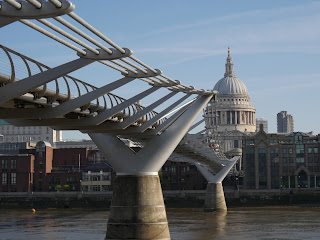 I have recently been a convert to the iPhone SE and my former iPhone 6+ now belongs to Mrs Orange. I cannot tell you the joy of cycling along with a phone just simply in the front pocket of my shorts! So far I am loving it. The innards are that of the 6s, which makes things quick. The 12 megapixel camera is pretty good too. (The photos on this post were taken with my big camera though). 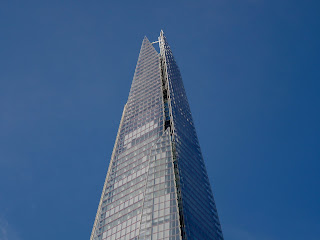 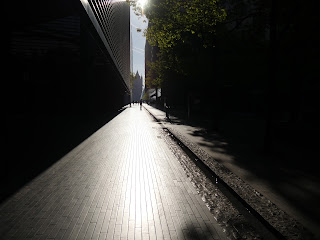 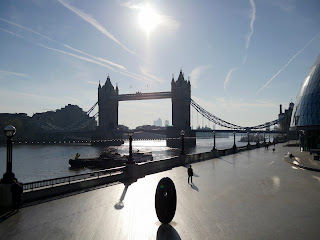 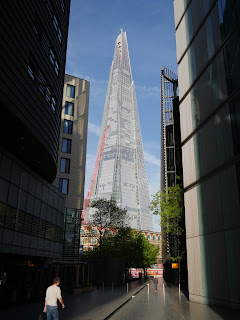 In the middle of Tower Bridge the traffic was brought to a halt as a gate blocked our path. I decided to take a few photos of what I could see around while I waited. 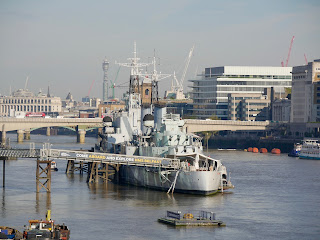 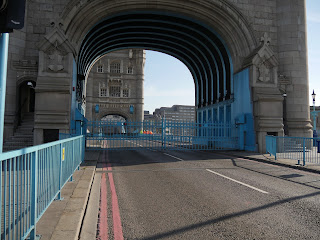 I glanced down and saw my pair of Condor socks. The classic mixed loyalties. It is no secret that I will one day pay a visit to a certain shop on Gray's Inn Road to purchase a new bicycle. It will not be a Brompton and I very much doubt if any more Orange £'s will ever be spend on a new Brompton in the future. 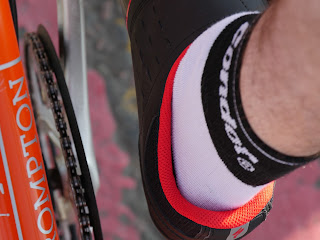 Further down the Thames a large pleasure boat was moored but even though the bridge was raised - very quickly and silently I must add - I suspect the engineers were merely testing that things were working. After a little while we were off and I could resume my journey east. 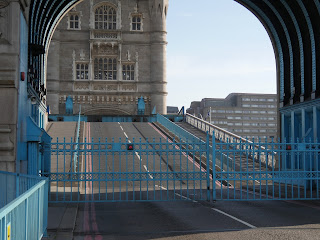 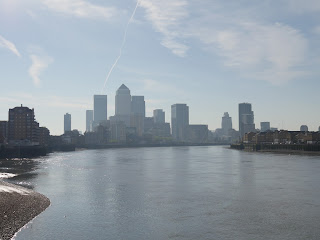 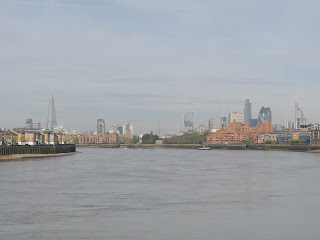 On the Thames there were lots and lots of rowers. Once they get going they travel along a some speed and you need a bicycle to keep parallel to them. 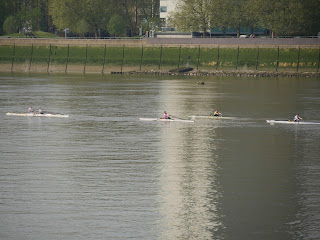 One crew has a cox who meant business, He screamed orders but his crew looked the worse for wear, especially the chap in the green t-shirt. 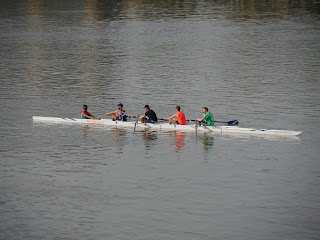 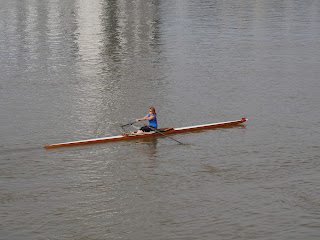 I soon arrived at the Greenwich foot tunnel and as the lift was there and waiting I thought only fitting to use it. There were a huge number of people waiting at the bottom some of which took the lift.  Seeing the new sign that I think will indicate whether cycling is permitted, I decided to take a photograph. I parked my Brompton to one side and out the way and proceeded with the all important framing of the shot. That is when the confrontation occurred.

A lady jogger in her 30's shouted out at me, '...you shouldn't be cycling! You cyclists go too fast in here!'

'Madam, I am stationary and taking a photo! Unless you have the gift like that late Doris Stokes and saw me cycling at some point in the near future, I suggest you look again at what I am doing and not doing,' says I.

She then told me about cyclists being a menace in the tunnel and then on reflection, I might have been okay as I had a nice accent and could carry on what I was doing. I mean, really!

The temptation to unfold the back wheel and set off like Ghost Rider was strong but you will be pleased to read I rose above it and walked off. 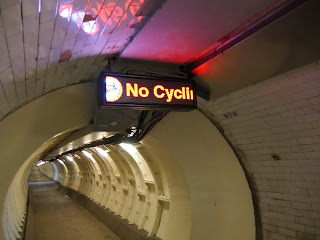 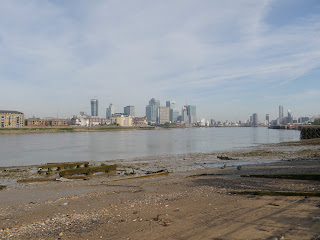 The tide was out which revealed lots of mini sandbanks. Birds darted about with excitement but there was nothing out of the ordinary apart from a couple of Oystercatchers. 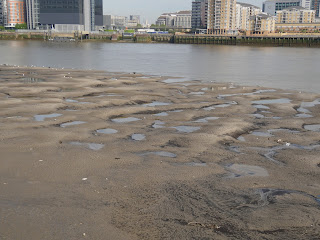 The Skyline seemed to be doing a roaring trade so early in the morning. It looked as if most cars had people in them. There is talk of it going but I hope it stays. 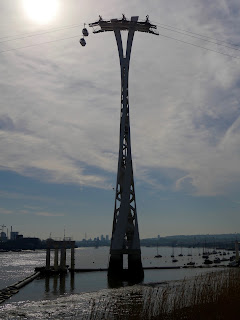 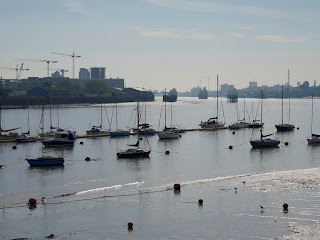 Near the Thames Flood Barrier a small tunnels displays various point along the Thames from source to sea on the wall. This would be am excellent Brompton adventure so I will drop a few hints David's way for him to work his magic for something in the future perhaps. 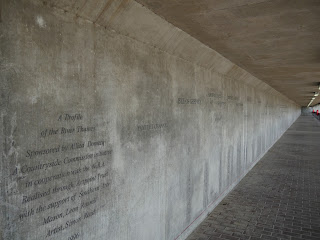 I arrived at the Barrier Cafe at about 09:00. I knew that it was shut but I parked my Brompton and ate the snack I had brought and drank the last of the fluids I had. 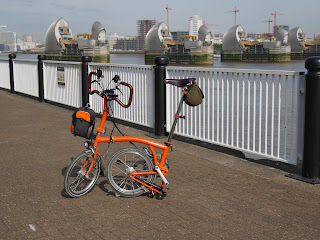 With that done I headed back the other way and made good progress. I really do enjoy this route. I cannot really explain why but it is a favourite. Later in the summer I have plans to extend it slightly and cycle further east. Until then I do hope that you out there are cycling! 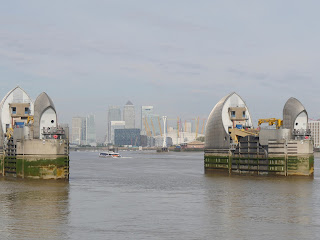