The Thames Bridges Charity ride is an event I first did last year. In aid of the 'Stroke Association' it raises money in a fun way for the vital work it does. As for last year I rode with my Partner in Crime, Andrew. On rides we are pretty much inseparable and where one the other is usually not too far away.

We met at the Millennium Bridge (the first of two extra bridges) and cycled the short distance to the start in Southwark Park. When we arrived there weren't too many people, perhaps as they had opted for a later start time. We said hello to a few other Brompton Club members but as our start time was 08:00 we made our way to the start. 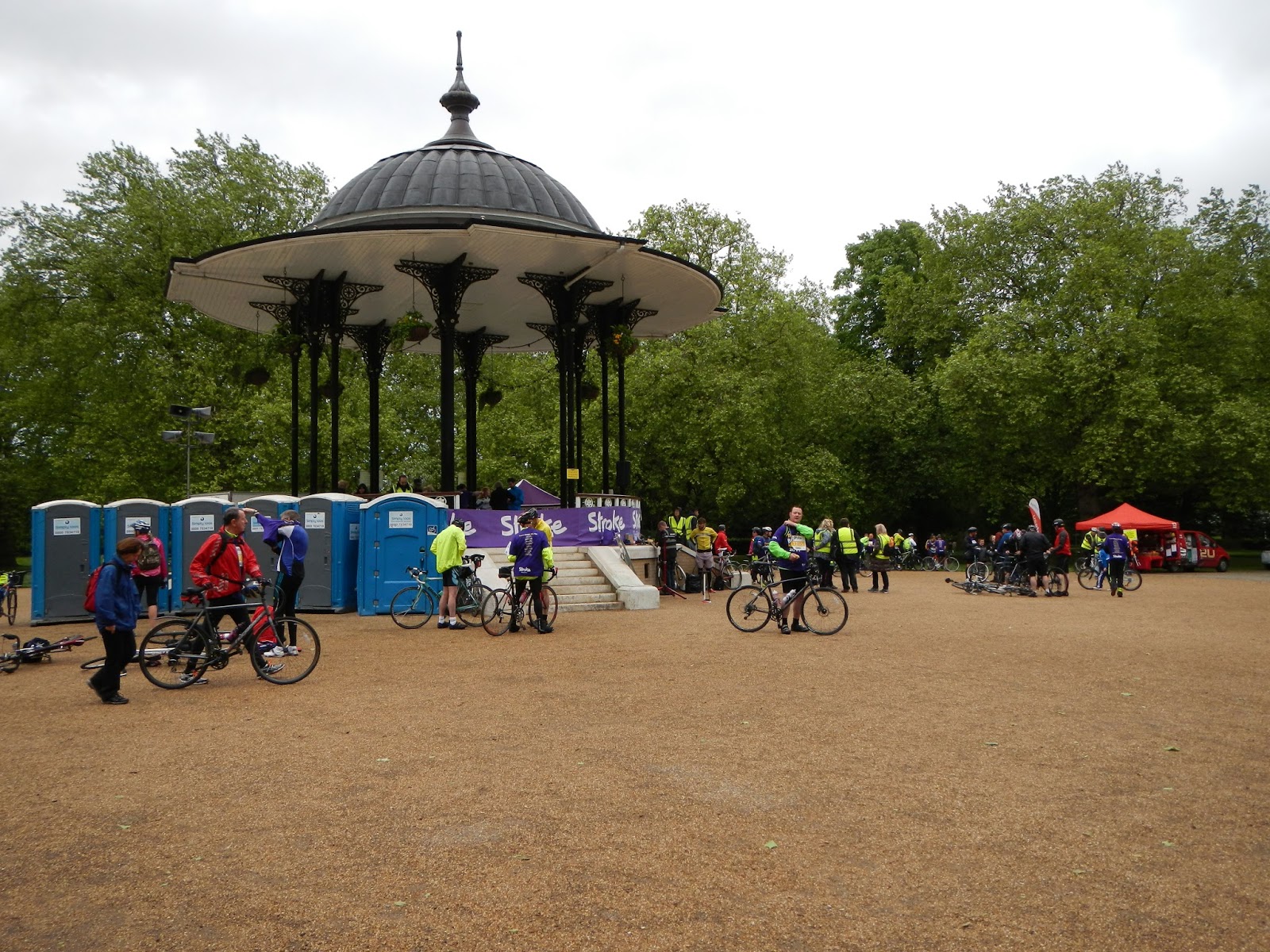 With a quick photo and without a great deal of fuss we headed off. I wanted to get home as quickly as possible as I wanted to see eldest daughter compete in an athletics competition so I set as quick a pace as I dared. 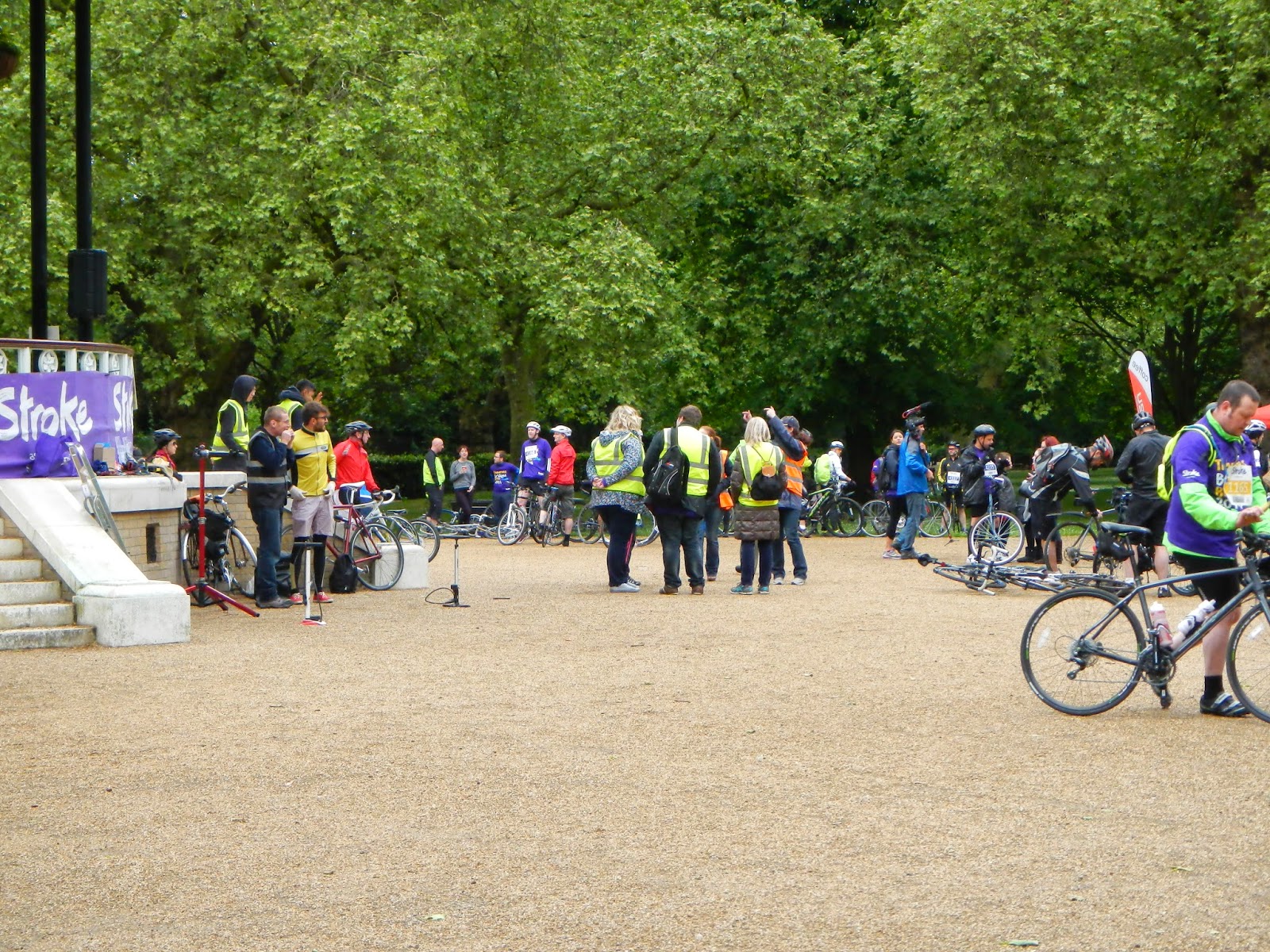 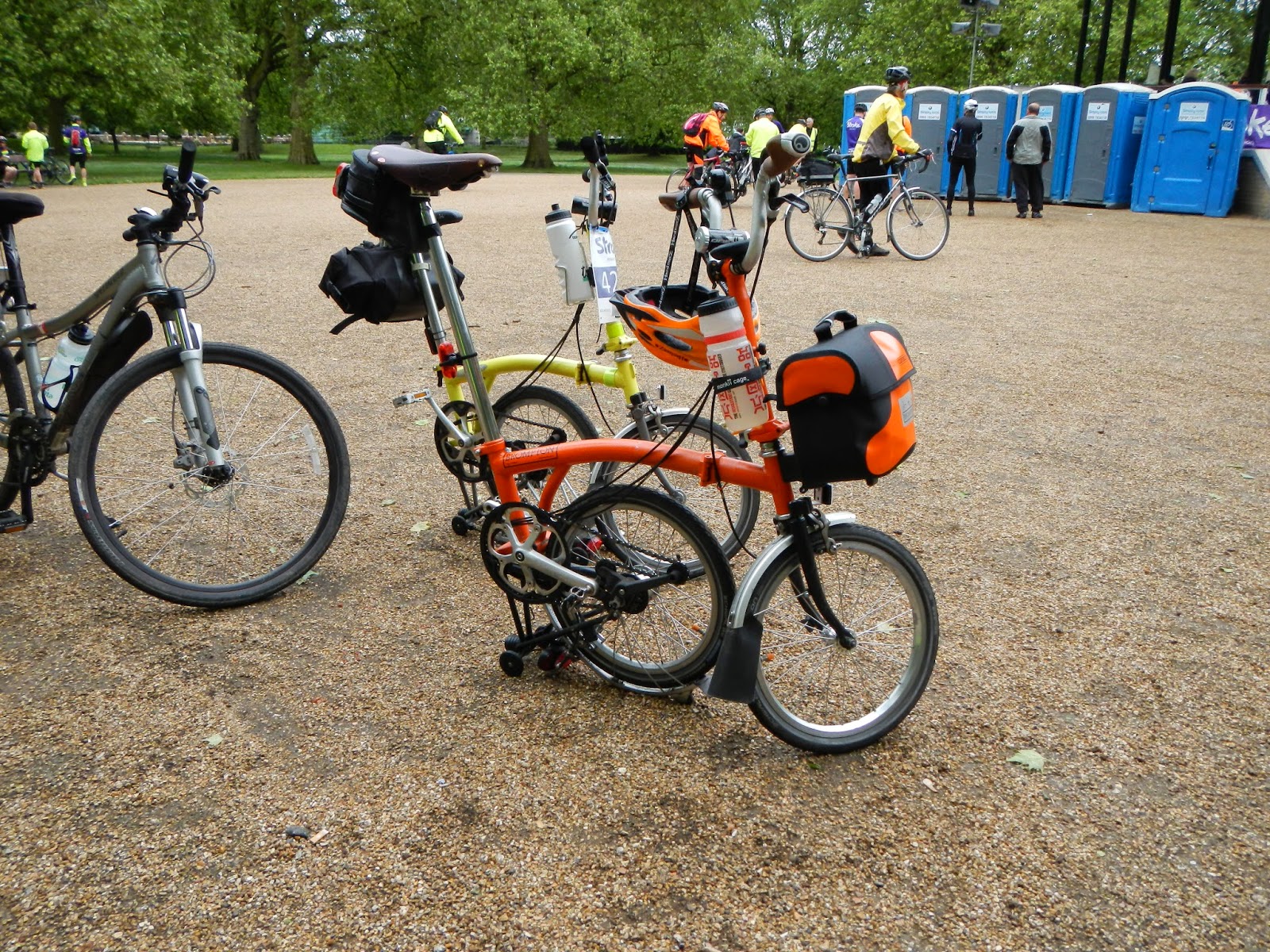 Andrew and I were the only riders taking part on Brompton bicycles. As I waited at traffic lights comments such as. 'I didn't know they were good over long distances!' 'Are you doing the ride on that?' were uttered from the lips of roadie and mountain biker alike. In fact it was as if they had never seen a Brompton - perhaps they had not? One thing is for certain I am sure that Andrew and I showed them exactly what a Brompton could do when overtaking and leaving them for dust. 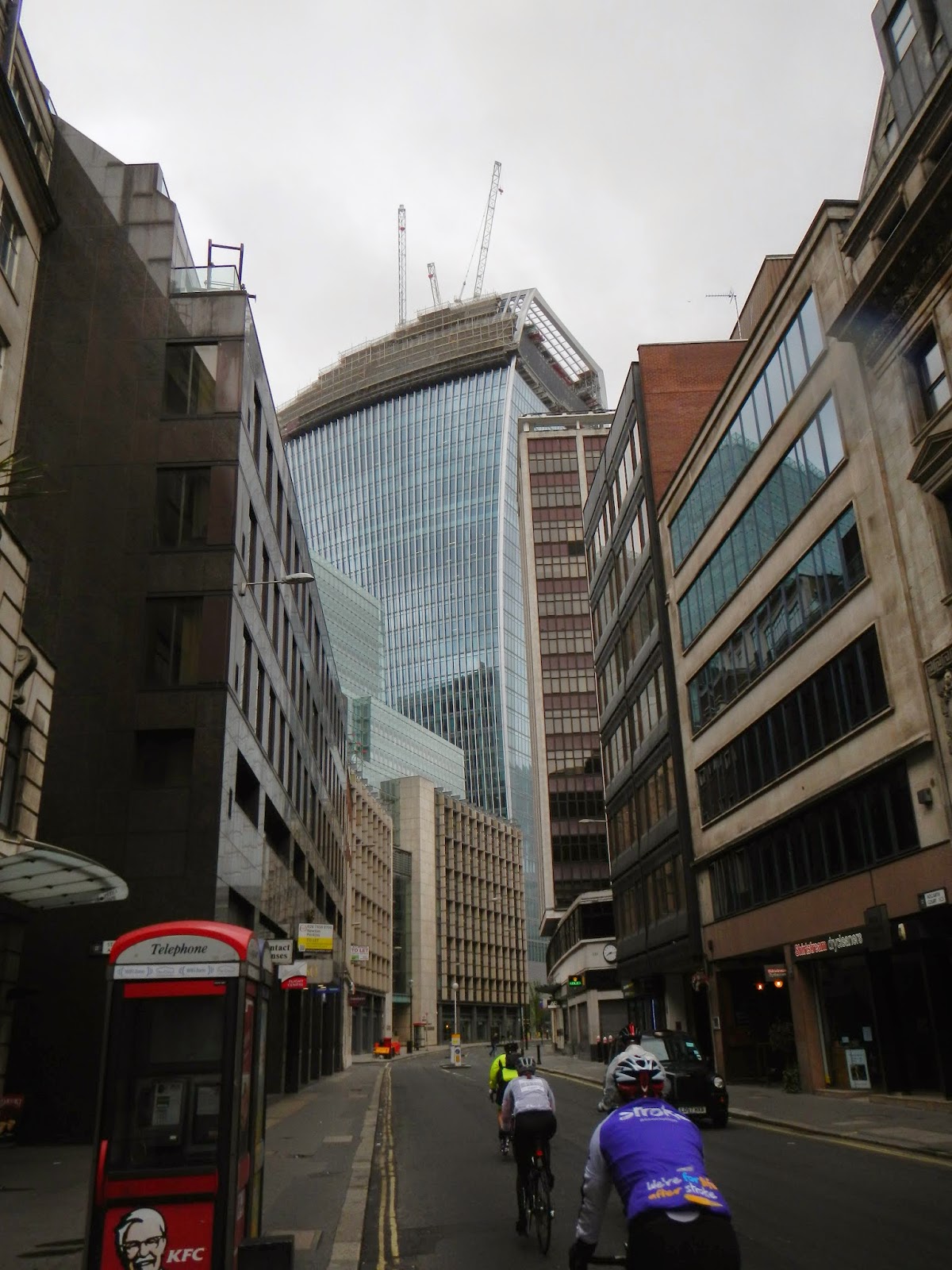 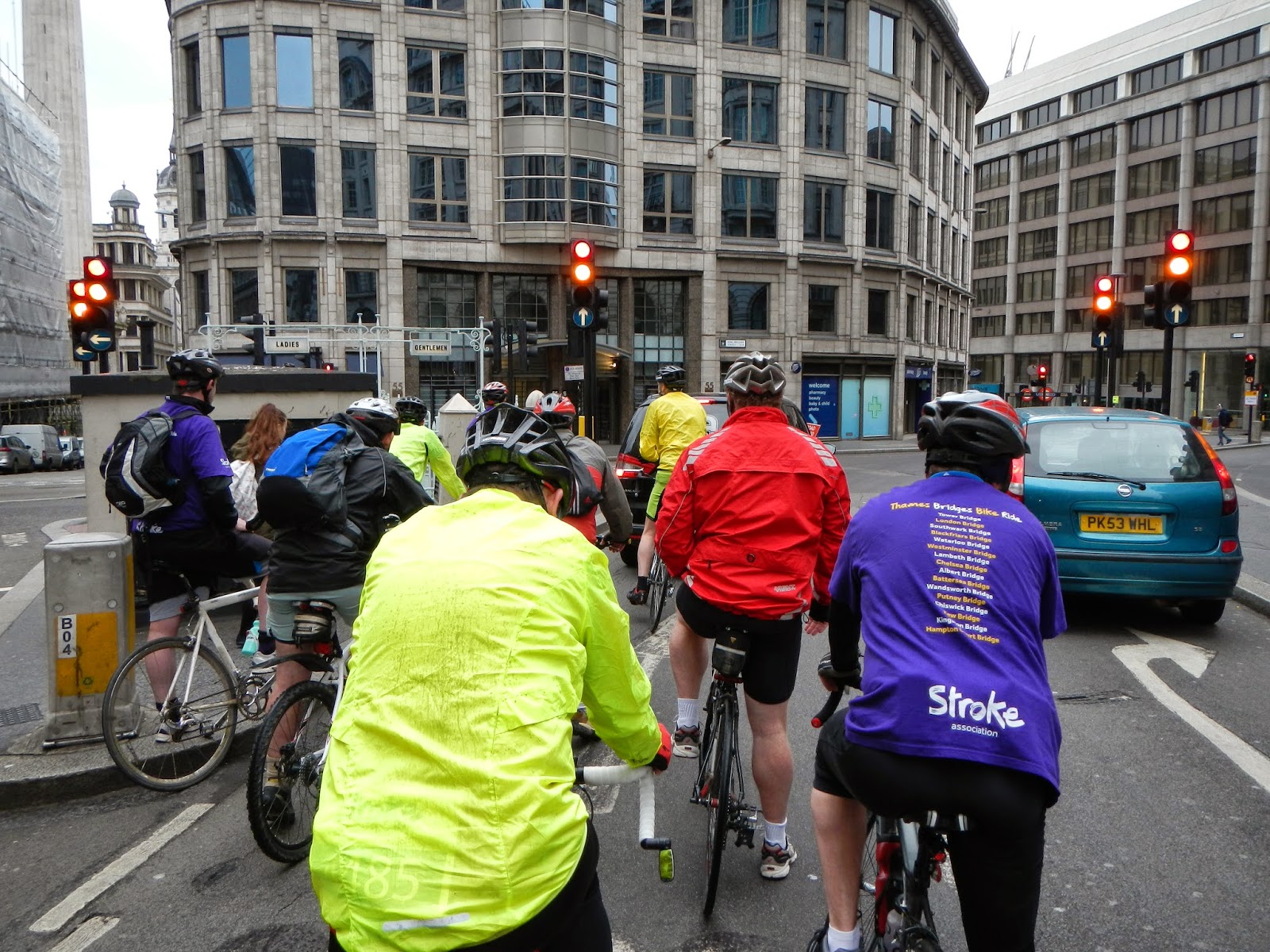 When I got too far ahead of Andrew I would slow down and wait. I didn't have to wait long as my Partner in Crime was never far behind. It was a good system and worked well. The further we progressed the more respect our humble little Brompton bicycles received.

The ride took us over 16 bridges: Tower, London, Southwark, Blackfriars, Waterloo, Westminster,
Lambeth, Chelsea, Albert, Battersea, Wandsworth, Putney, Chiswick, Kew, Kingston and Hamton Court. It is a great thing to do and if you live in or near London have a look at my ride data as you could use it to plot your very own route. 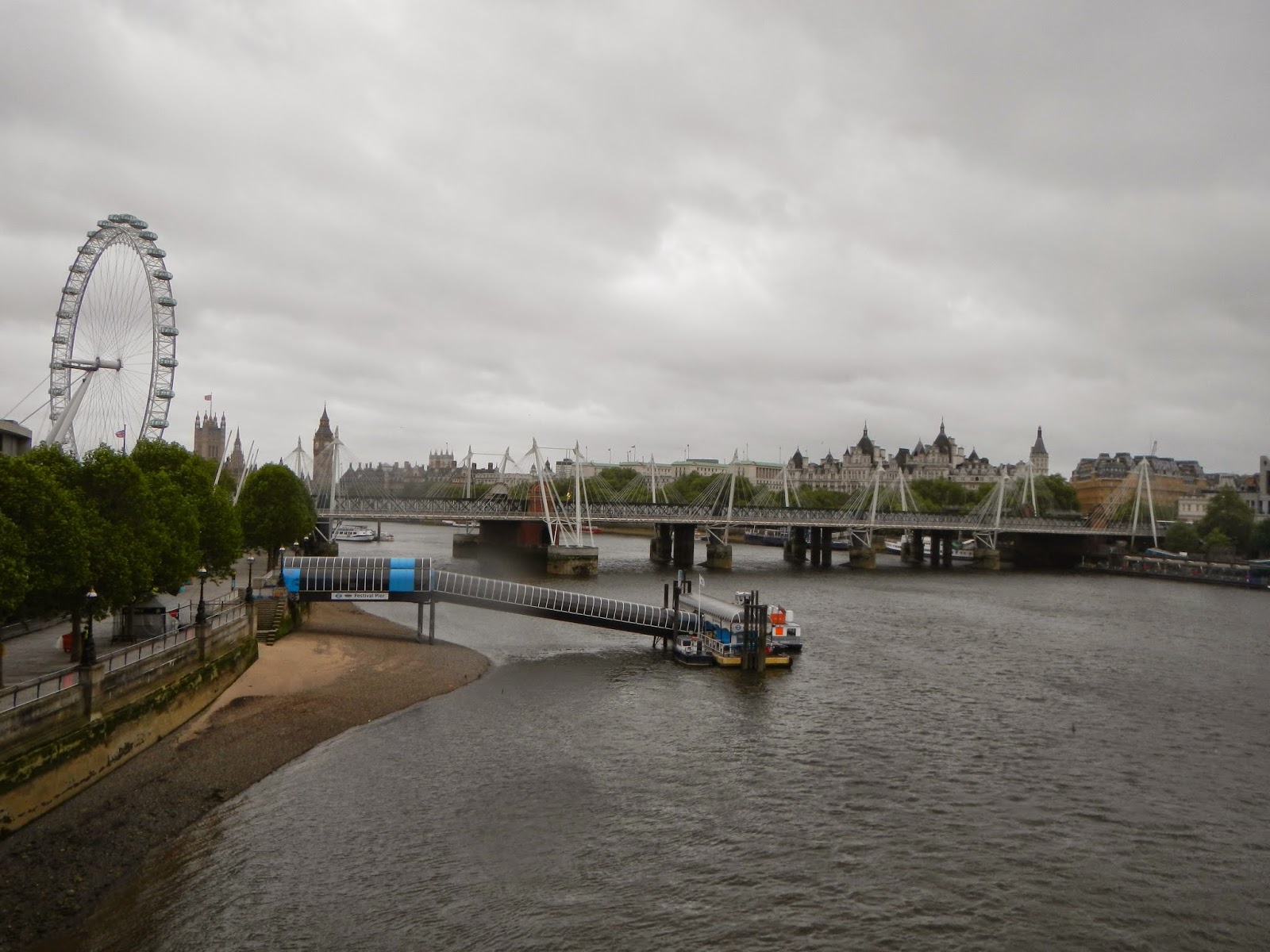 Part of the ride took us through Richmond Park and the large open expanse made the going very hard as there was little cover to protect from the strong winds. Speeds dropped considerably until we reached the exit. At one point I was cycling at just under 6 mph, downhill as the wind was so powerful.

As we cycled along the Thames there were lots of rowers, recreational and those participating in events. At one point on our ride I caught sight of the famous 'Gloriana.' This is a 94 ft royal barge commissioned as a tribute to the Queen for her Diamond Jubilee. It was impressive to look at and was a great deal quicker in the water than I would have imagined. 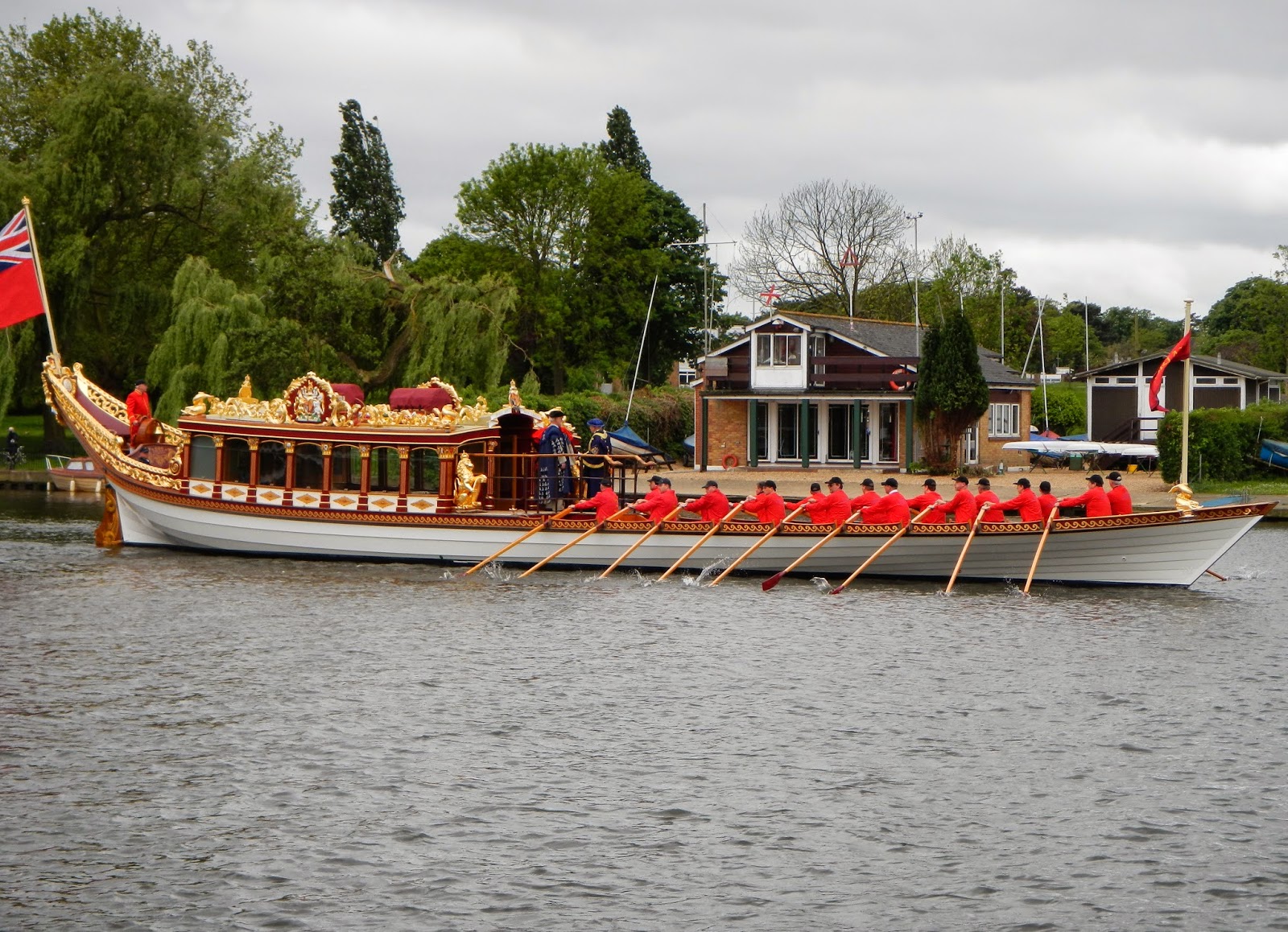 With the back of the ride broken I headed for the end of the ride. I got my medal and didn't have to wait too long for Andrew to arrive getting his. We wasted little time and headed for the nearby Hampton Court station and a train back to London. (I made it back to see eldest daughter compete).

This was a good ride. The rain held off and was replaced by strong winds. Nothing detracted from this being a very enjoyable ride. I was pleased that my average moving speed was a respectable 12.4 mph. I was also pleased that my Partner in Crime looked pretty good for next weeks Mitie Revolution.

Once near Piccadilly Circus Andrew and I parted company until next time. I like the Thames Bridges ride. The three pit stops were well organised as was the route markers who did an excellent job. If they put it on next year I will certainly sign up as it is a great charity and fun to do. 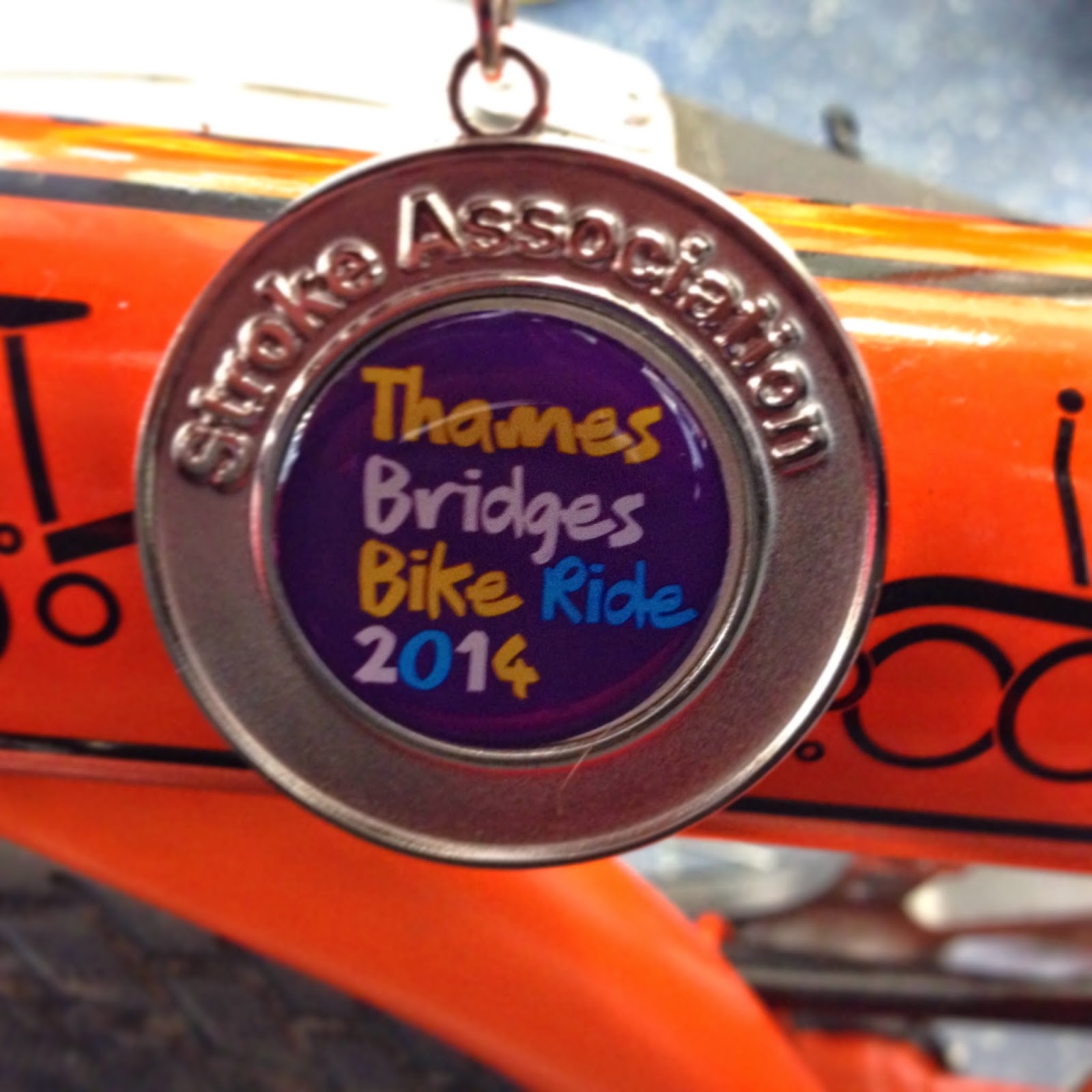