Streets an Alleys of London on an Orange Brompton

What seems like ages ago, on 19th September, I went on another quite brilliant London themed ride. This one was titled 'Streets and Alleys' and would to be an eye opener on some of London's street names.

I set off early and could not resit taking a photo outside a property where John Lennon used to live in Marylebone. 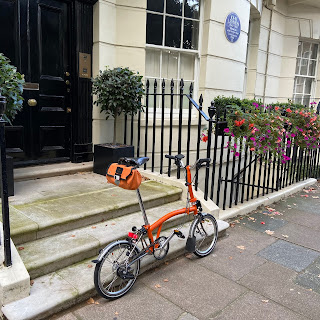 I stopped off for a cup of tea and a roll at the Serpentine Cafe overlooking the lake. As I munched away looking out at the familiar view lots of memories replayed in my head. One of these caused me to almost burst out laughing. In one of the Jeeves books, Bertie Wooster recalls when he was once adrift at sea - with Jeeves - and thought that they might have drifted to home territory but mistook the Serpentine for the South China Sea! 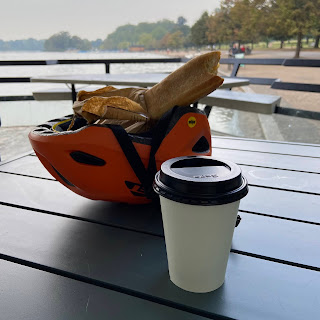 There were lots of familiar faces and the turnout of Brompton riders was pretty good which is always a welcome sight. 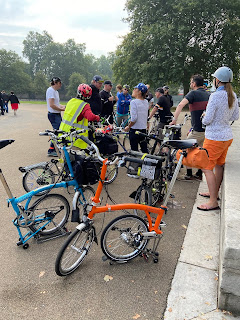 Our meeting point was Hyde Park Corner and once the soldiers on horse has trotted past - arriving on schedule to the very second - we were off. 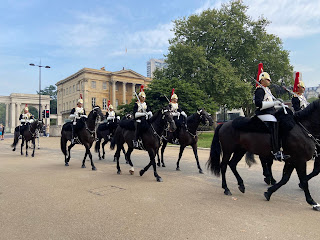 Our first port of call was quite literally but a few steps away. Rotten Row came into being when William III moved to Kensington Palace up the road. With lots of naughty highwaymen lurking in the shadows, 300 oil lamps were set up to try and make things safer. Over 100 years later it was a popular spot for well to do sorts to promenade around. Its original name was Route du Roi but become Rotten Row - a short of pigeon English version of it perhaps. 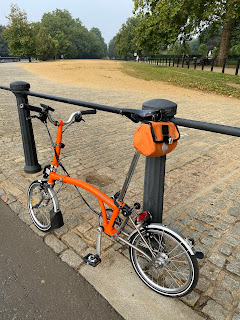 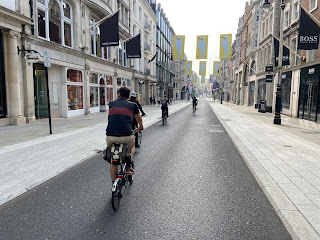 Man in the Moon Passage - off Vine Street

The history behind this one almost brought a tear my eyes. Back in 1791, the famous double bass player, Frantisek Kotzwara paid a visit to a  prostitute in Vine Street with a rather outlandish request for her, to castrate him! Naturally, she refused - who wouldn't? Undeterred by this Kotzwara - obviously on a roll - still enjoyed himself but the nights naughtiness ended up with him dying via auto-erotic asphyxiation, the first time it was ever recorded as a cause of death. You couldn't make it up! 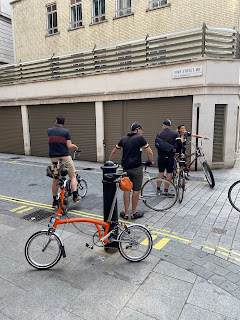 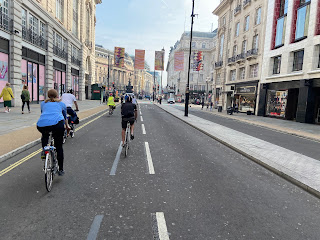 Seven Dials in Covent Garden is a location I have always thought caters for three groups: tourists, hipsters and office workers. The original layout for it was designed in the 1690s with the idea that it would prove popular the well heeled. It did but also attracted many that that well heeled did not particularly want to fraternise with! 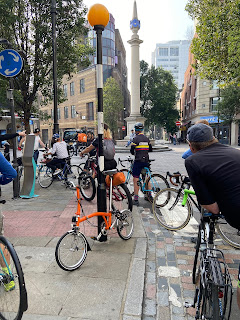 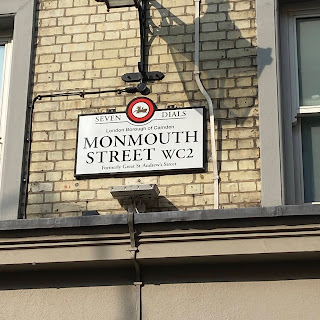 What a great name. It took its name from a fencing school whose existence was first recorded in 1564 - and remained there well into the 17th Century. Later on it became known as 'Blood Bowl Alley' after a an infamous drinking establishment. Later still it reverted back to 'Hanging Sword Alley.' 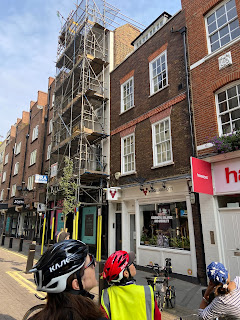 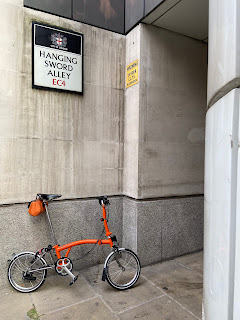 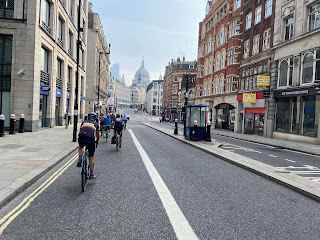 The courtyard probably got its name from a 16th Century inn called the 'Bleeding Heart.' However, legend has it that Lady Hatton (from the family who owned much of the area of London, Hatton Garden) made a pact with the devil, who danced with her and subsequently tore her heart out. This was then found the very next day still beating in the courtyard. 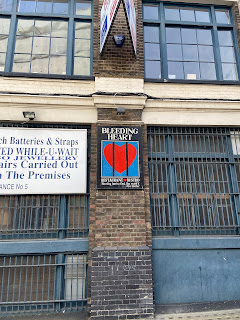 The location also appears in the Charles Dickens novel 'Little Dorrit' as the home of the Plornish family. 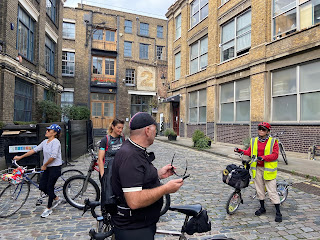 Perhaps not a surprise, Cock Lane was the site of legal brothels in the medieval period. It is also the location where the 'Cock Lane' ghost revealed itself to startled onlookers in 1762. (I suspect they were never the same again)! 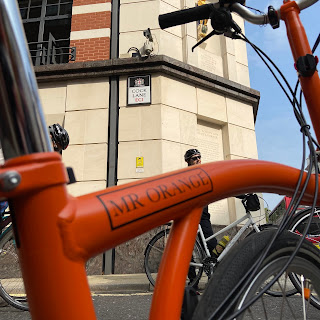 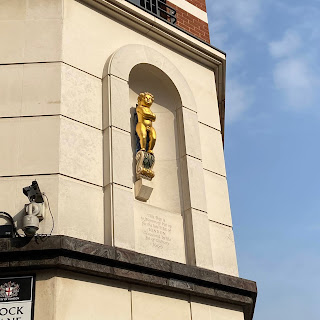 This was the location of the Kings Wardrobe. Most people have a fitted wardrobe or something just about still standing from IKEA but Edward III back in the 1300s set up a few houses to keep his finest inside. 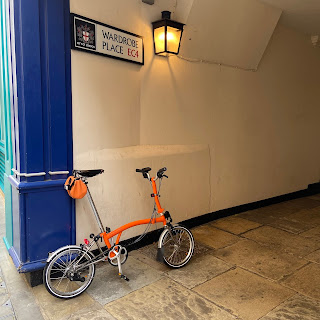 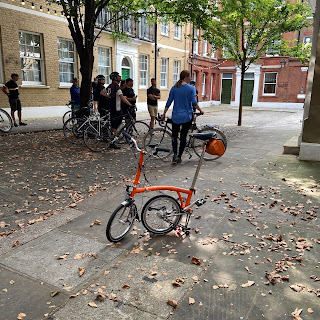 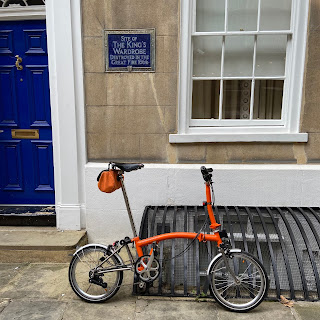 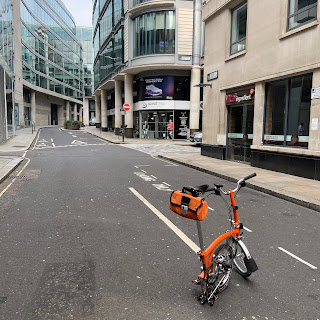 In the 13th Century this street was called 'Shittborwelane' and later 'Shiteburn Lane' due to the foul stench emitting from nearby public toilets. Perhaps appealing to the sensitivities of the the general public, the name eventually settled with 'Sherbourne Lane.' Thank goodness for that! 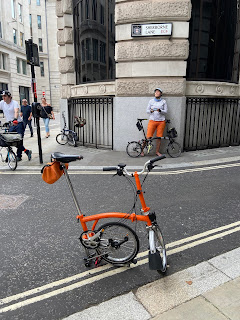 This is generally thought of as the location for the bakery where the Great Fire of London started in 1666. The bakery was located opposite the Monument. 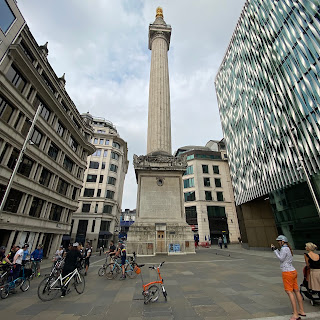 In the 19th Century Mincing Lane was the centre for all things tea and spice. The popular radio programme 'Round the Horn' starring among others, Kenneth Williams, made the word 'mincing' popular in slang terms for the way certain people walk. 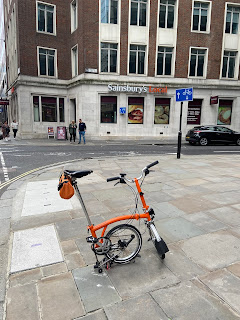 This passageway go its name from food venues where all the meals cost the same amount. The French part comes from the arrival fo French Huguenots who opened several 'Ordinaries' in this part of London to caster for the tastes of their fellow immigrants. 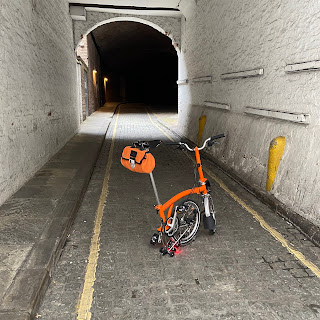 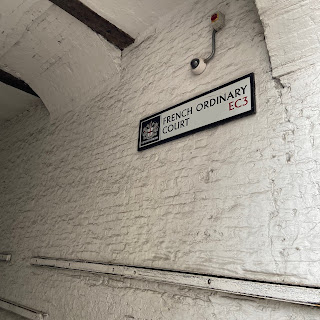 These Friars were part of a Catholic religious order in England and Ireland first recorded in the 13th Century. The name comes from the staff they carried with them with a crucifix on top. The word 'Crutched' is a corruption of crucifix and nothing to do with crutches at all. (Saying that, I bet one of them had a limp). 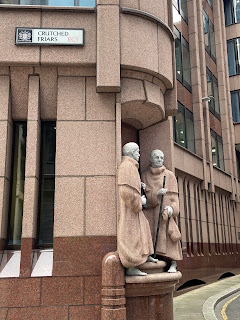 This was originally an area of pasture used for grazing animals during the Middle Ages. If you were old enough, you could stand there with Tower Bridge only up the road and say that you remember when it was all fields! 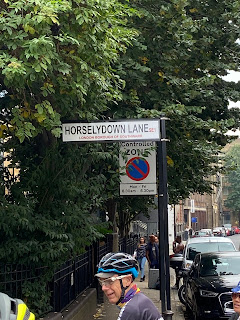 Actually a very old name from the Norman era deriving from the surname d'Lsigny. Zoom forward to more recent times Walt Disney actually visited this street and had some photos taken while he was in London. 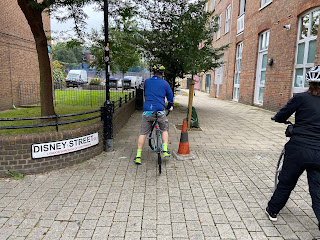 Many thanks to Ross for another great ride and lots and lots of interesting information. (He could become an official guide). I always enjoy these rides and the 20 or so miles flew by.

Until next time, stay safe out there people.