Friday night was the penultimate night ride to the coast - London to Shoreham-by-Sea. Setting off I said goodbye to Mrs Orange and the Orangettes and headed off on the short tube journey to central London. I stopped at a few old haunts on route and got to the start point in good time. 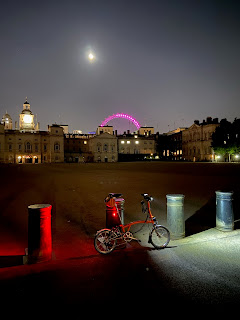 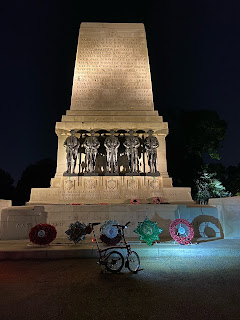 At the start Jenny - our ride leader was there along with Dr John, Charlie and Mark - all on Brompton bikes and later on Geoff, who was on big wheels. This ride was going to be rather different for Mark and I as we were elevated to the lofty status of wingmen to Squadron Leader Jenny. It would be our job to ensure we had participants marking corners/junctions so that everyone knew where to go. In doing this, we would be at the front of the ride for its entitreity. After the safety briefing by Ross we got ourselves ready and on the stroke of midnight we were off into the night. 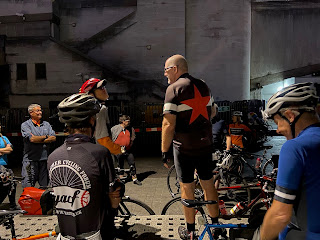 Our ride progressed well and it was not too long until our first junction required marking. This was done efficiently and there was almost always a way marker on demand.
The night started out as being quite mild but as the ride progressed things changed. Slight pockets of fog gave way to larger ones. My front lights picked up water vapour dancing around and eventually it turned into the finest of drizzle. It didn't actually rain but water was in the air making things damp. 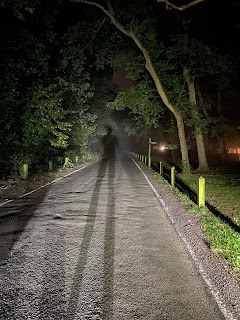 Up at the front - a very unusual place to be - Mark, Jenny and I cycled with purpose. At times Mark and I took over the front and we all worked well together. 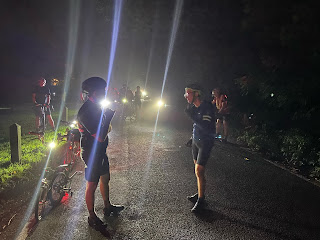 Sanctuary came in the form of the Scout hut at about 03:30. There we sat in warmth and comfort and able to partake in a couple of cups of tea, sandwiches, banana and packet of crisps. It was a little bit like a tuck shop and I loved it. 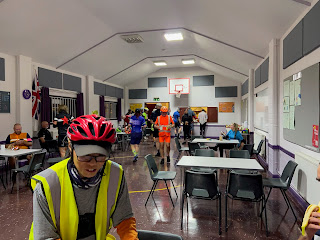 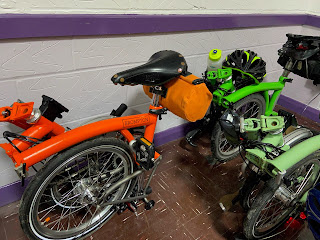 An hour later we were off again and I had to layer up. I didn’t feel too cold but knew I’d feel much more comfortable with something else on. Again that fine drizzle was around. 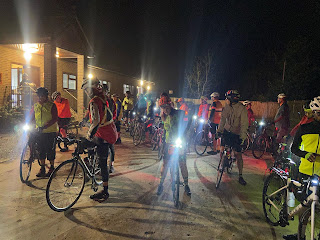 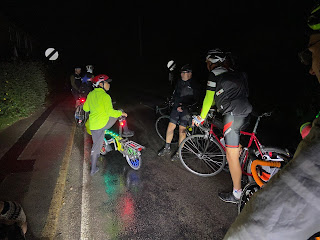 The next few miles we got ready for Turners Hill. In the distant past I might have found this a challenge but having now cycled up it so many times, it doesn’t really hold too much fear for me. We made our ascent with the strange drizzle, that wasn't quite rain, still falling (or should I say floating around). 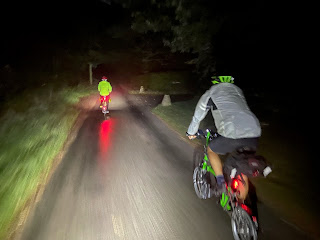 As always dawn crept up suddenly and before we knew it it was daytime. The next few miles were all rather pleasant and hearing earlier that we would pass by Shoreham station,  I had decided to end the the ride for me there. 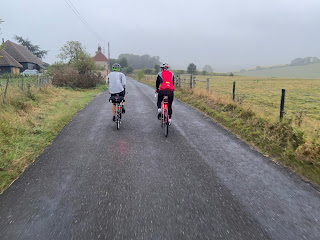 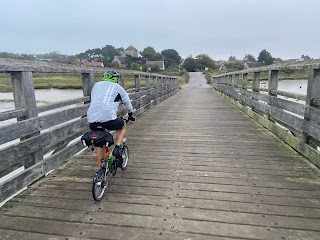 With the station about 20 metre to my left, I said goodbye to Mark who had been with me at the front all night, and marked the junction. The riders were quite spaced out so this was quite a wait. I said goodbye to Jenny, Geoff and Dr John and some of the other riders as they made their way to the end a couple of miles away. Eventually the all up was heard and I said my goodbyes. 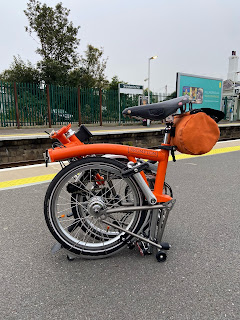 The train arrived and wasn't too busy but certainly had more people than I usually see when departing from Brighton Station. It was hard at times not to nod off but wanting to keep an eye on my beloved Brompton kept me awake. 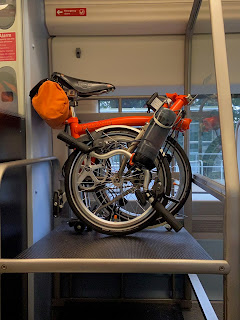 I arrived back at Victoria in good time and made my way to SW7, doing my best to avoid eye contact with someone I thought I recognised from university! It might not have been then but better safe and all that. Once home I had a quick shower and and change of clothes and refuelled with Mrs Orange having a much healthier option.
This was a lovely ride. Not my favourite route to that neck of the woods but always enjoyable. Mnay thanks Jenny for leading, Mark for his work at the front, the tail end Charlies at the back and to all the riders who marked junctions.
Sadly, it also marked the end of the official night ride to the coast season for me as I am unable to attend the last one today. Until next time, stay safe out there people. 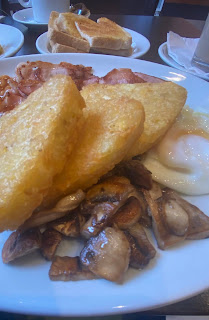