Last Sunday was a Brompton Club ride and meant to be a themed ride on the buildings of Nicholas Hawksmoor. I had not heard of him before and am shamed to confess that I am none the wiser. Read on and I will explain.

The meeting point was outside London Bridge Station, which was a new meeting point location for me. I cycled just over 6 miles from NW8 to reach the start and thought it was quite a chilly morning. Making it to London Bridge in good time I saw the first Brompton contingent that soon moved on to the second one waiting a little further up the road. There I found some familiar faces and quite. few new ones too. 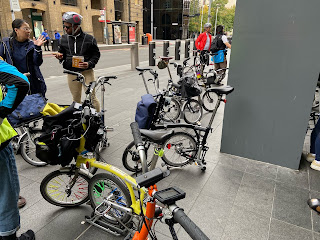 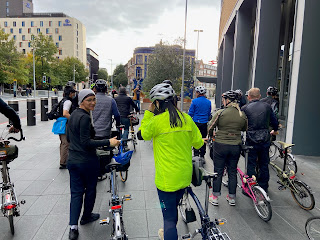 Quite promptly we were off to our first location - The Monument. This commemorates the Great Fire of 1666 in which lots of old London was lost to the ravages of a the fire that legend has it, started in Pudding Lane a stones throw away. 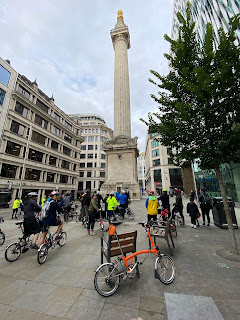 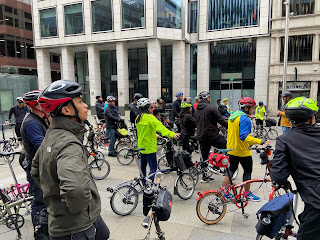 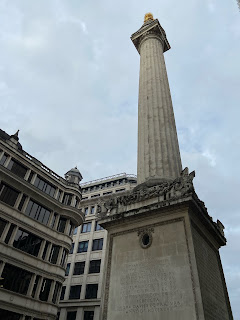 Cycling down Pudding Lane we came to a junction and a church opposite that had something to do with Hawksmoor. 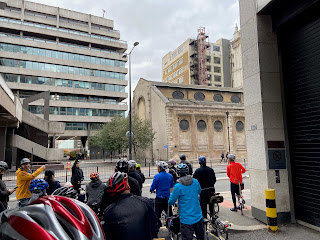 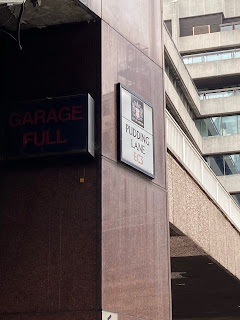 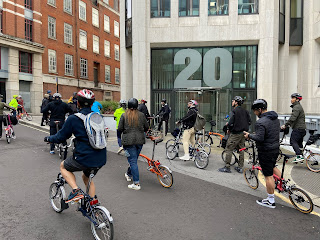 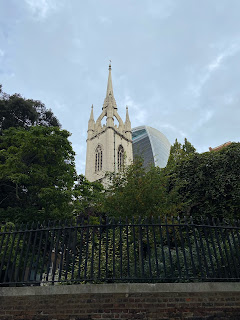 It was good to catch up with Jenny and Sam. I don't really know how long our association goes back but it is several years now. Sam sometimes recalls a Christmas lights ride which saw us cycled down Brick Lane. It was there that I saw sights I will not forget and as such I have avoided that area after the fall of darkness ever since! 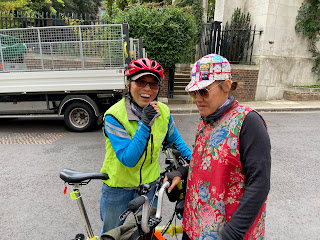 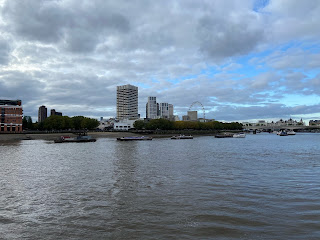 At Embankment I stopped to take a photo of the memorial to Sir Joseph Bazalgette, engineer extraordinaire. I am convinced that he would have approved of a small wheeled folding city bike! 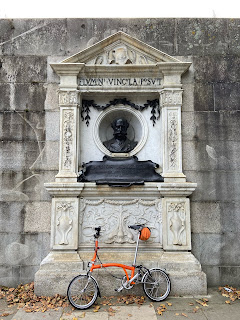 We stopped off at Westminster Abbey. The Towers had something to do with Hawksmoor - you can tell perhaps that I wasn't paying attention. 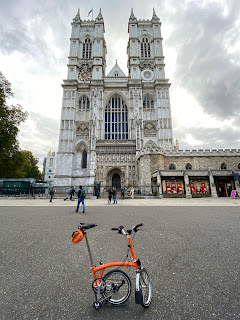 The last time I stopped here to take a photo, it was a cold evening and the Abbey was the backdrop for one of the many Lumiere London installations. 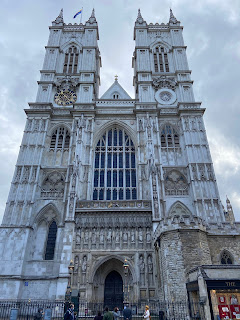 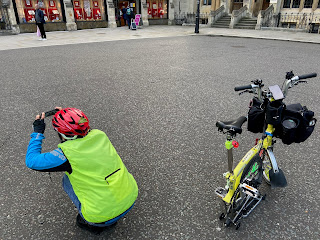 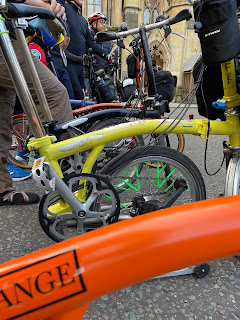 As we approached Buckingham Palace, the streets were lined with people awaiting the changing of the guard. I think that many were bemused by the sight of over 30 Brompton riders gliding by. It reminded me of the Brompton World Championships. 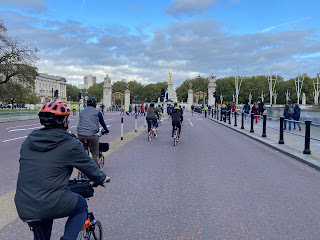 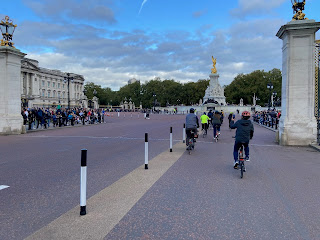 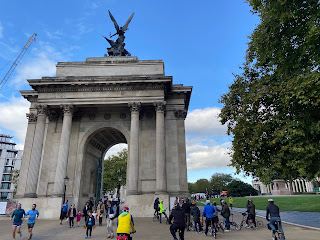 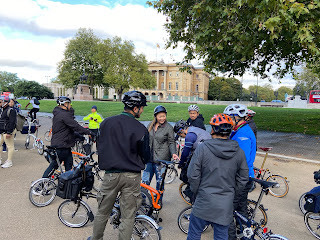 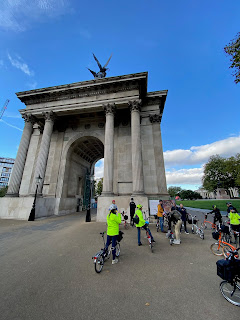 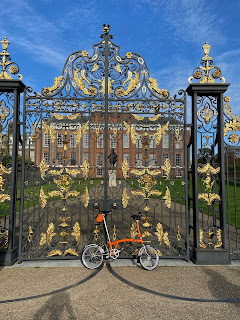 At Kensington Palace we stopped for another group photo. It has been ages since I have seen so many Brompton bikes out for this sort of thing. It was all rather lovely. 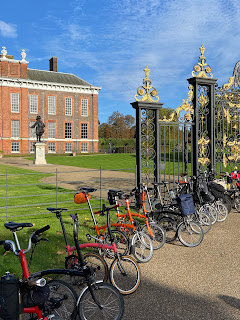 Not long after this photo was taken I got a text message from a relative who lives but a stones throw away, inviting me for a stop of luncheon. I couldn't refuse. Making discrete farewells I headed off and in less than five minutes I was inside and seated waiting for a feast. 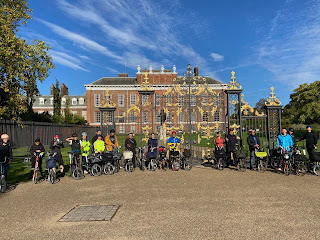 One day I will find out more about Nicholas Hawksmoor! I still enjoyed my little adventure, despite only cycling just over 12 miles in total.