After the Brompton World Championships I had a rather unusual appointment to keep. My youngest Orangette had spied that there was a 'bat walk' at a nature reserve we occasionally visit and liking the idea of doing something different, Mrs Orange and I went as well.

We met just before 21:00 and to my surprise it wasn't fully dark. A glorious full moon also illuminated the way of course. 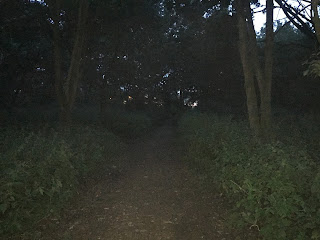 The Bat Lady, for want of a better description handed Orangette #2 a digital bat machine that allowed you to turn a dial to tune into the various frequency of bat.

When activated, any bats that flew by - and there were loads - could be heard with audible high pitched clicks. It was all very 'BBC Springwatch' and already we were fascinated. 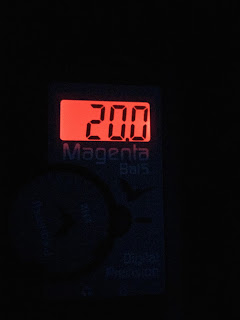 We did think that this was all terribly high-tech until the Bat Lady brought out her iPad and attached a small little white box into the charging port. Turning her iPad on to a specific app that worked in conjunction with the small white box, a visual representation of the sounds different bats made was displayed across the screen. She was even able to tell what type of bat it was via the app and detect several different bat types at once. (We could only lock in one frequency at a time).

The bats we picked up on the various machines included: 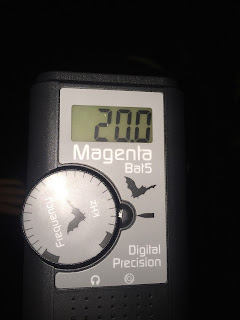 Seeing bats in flight isn't something new as occasionally we see them flying when it starts to get dark over our back garden, if we're been sitting outside. What was very different was the shear number. There were loads and their agility and speed exceeded that of common garden birds. 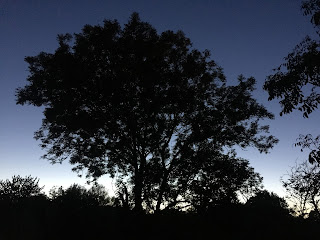 We watched the bats fly around a lake catching insects from the inside of a hide. Again there were dozens of them and they could just about be seen thanks to the full moon. 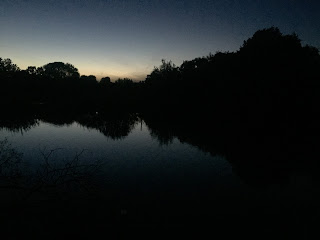 After about 90 minutes we made our way back, thanked the Bat Lady and made our way home for a hot cup of tea. 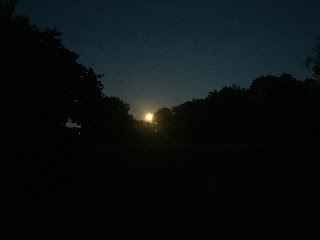 I am not really into bats but I can honestly say it was a quite unique way to spend an evening and for me better than simply sitting in front of a television, although writing that I or my family rarely find ourselves doing that.

If you are in the UK, I am sure that if you have a look at the websites of local reserves (RPSB, Wetlands Centre, Wildlife Trust) you will find bat walks. I say give it a go. What's the worst that can happen? It certainly makes for an interesting night out.

Below I have provided a link to the 'Bat Conservation Trust' website where you can find out more about the bats I have mentioned and actually listen to what their respective calls are like.