The Conquest of Ditchling Beacon on a Brompton!

The London to Brighton ride has long been a favourite of many a cyclist. It is something many want to attempt whether it be as part of one of the many charity events or with a group of friends. It is a ride I have now done quite a few times but its draw - the dreaded Ditchling Beacon and especially when attempted overnight - is most appealing. When an all round good egg called Olaf agreed to lead this ride for 40+ riders, I could not refuse.

The meeting point was Hyde Park Corner and I had to be there by 23:30. I tried to time my arrival but arrived just after 23:00. Having packed one of my good cameras (as the forecast was that it was going to stay dry) I decided to take a few night shots.

The Arch was illuminated bright blue as there was apparently a private function therein. It was as I was gazing at this that Geoff rolled up along with David. I had thought that David and I would be the only Brompton contingent but Geoff had managed to come too. This was great as I enjoy cycling with Geoff. 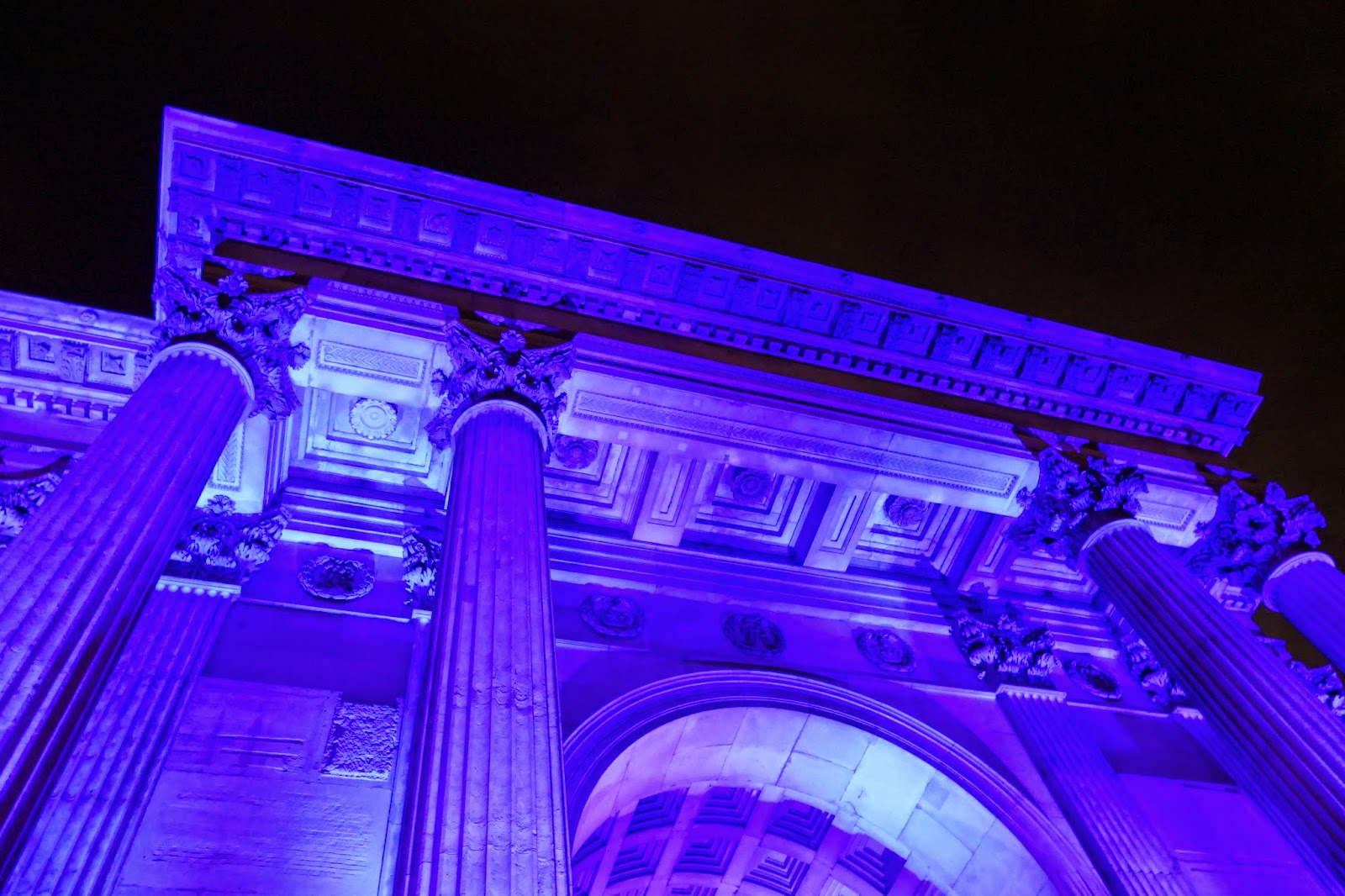 Gradually the other riders came and as usual there were all manner of bicycles - road bike to maintain bikes and everything in-between. After a brief safety talk by Olaf we had a few moments to get ourselves ready for the off.

Bob (on his big bike) was also there acting as a tail end Charlie. It was good to see him and again a shame that I wasn't able to see more of him as he was doing the important job of ensuring the tail was safe and sound.


Every so often we stopped and waited for the rest of the riders to catch up. This is a great approach as lots of different riders can participate and enjoy the ride. I suspect that many could have completed the journey from London to Brighton considerably faster, in fact many were cycling back to London when then reached Brighton (including Olaf and Bob) but doing it this way is very inclusive. 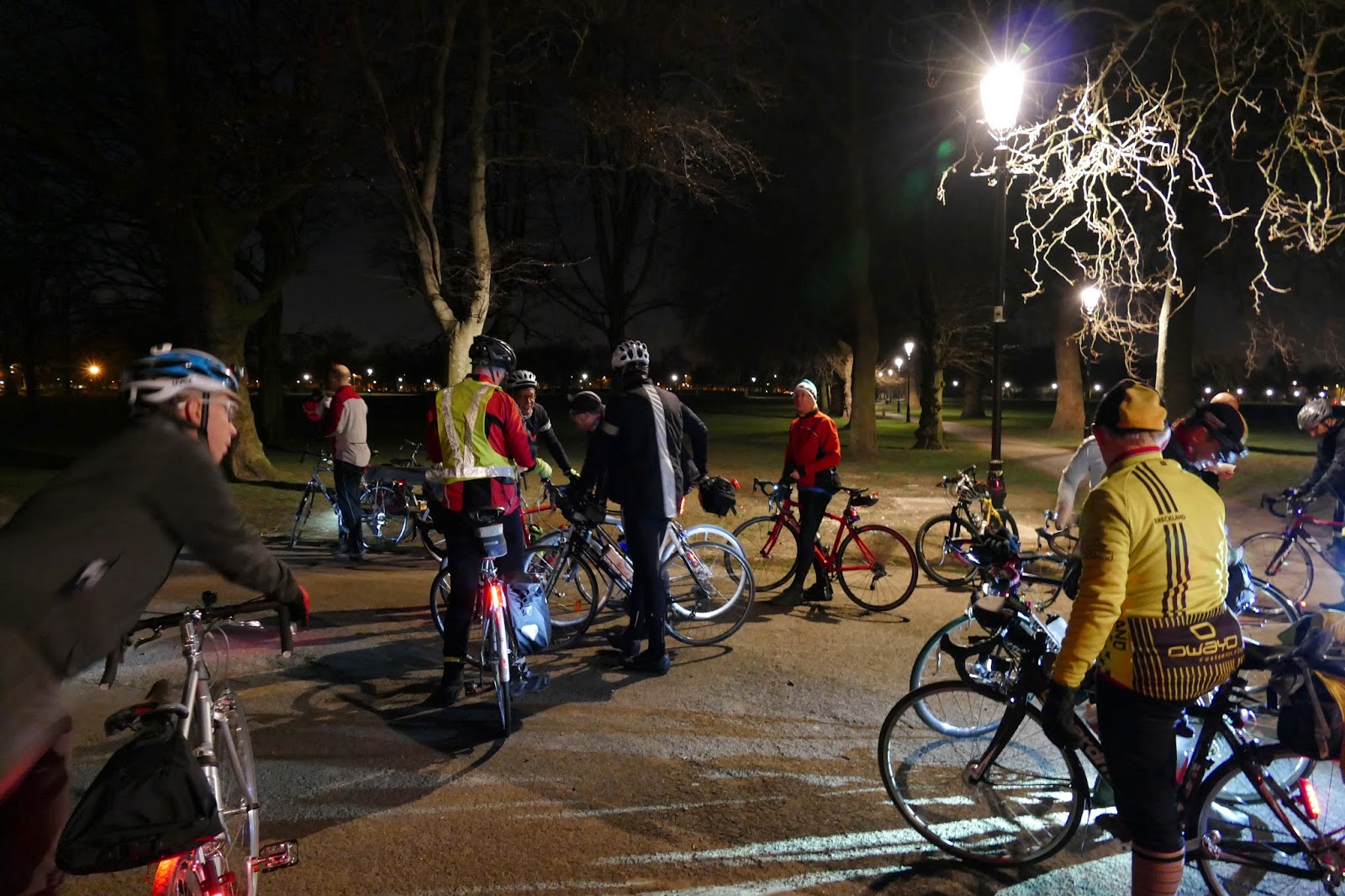 As we neared Clapham our path was blocked by Police cars and officers some of which had guns. To use common parlance, something was going down big time! In fact it was all like one of those fly on the wall Police television programmes. Circumventing the problem area we carried on.

A few miles later on as we waited for the tail to catch up, there was another incident involving the Police and a resident. I believe it was a domestic. Once all had caught up, we left the area to the sounds of someone possibly being arrested, not being too happy at being possibly arrested. It was all happening! 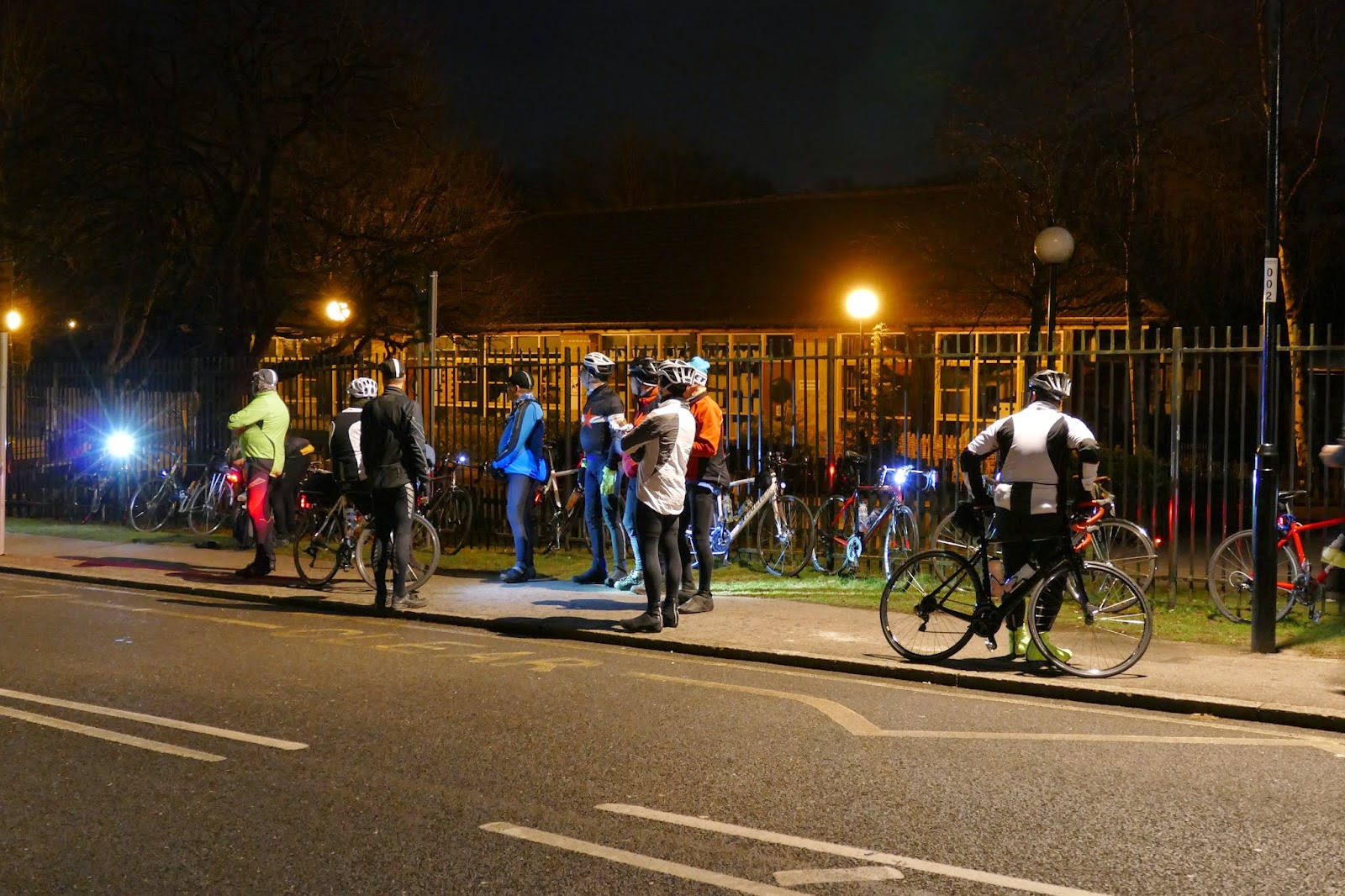 We were making good progress and weather wise it was clear with little cloud. The moon which was almost full helped to illuminate the roads we cycled on. When cycling I felt okay but stopping too long brought a slight chill. 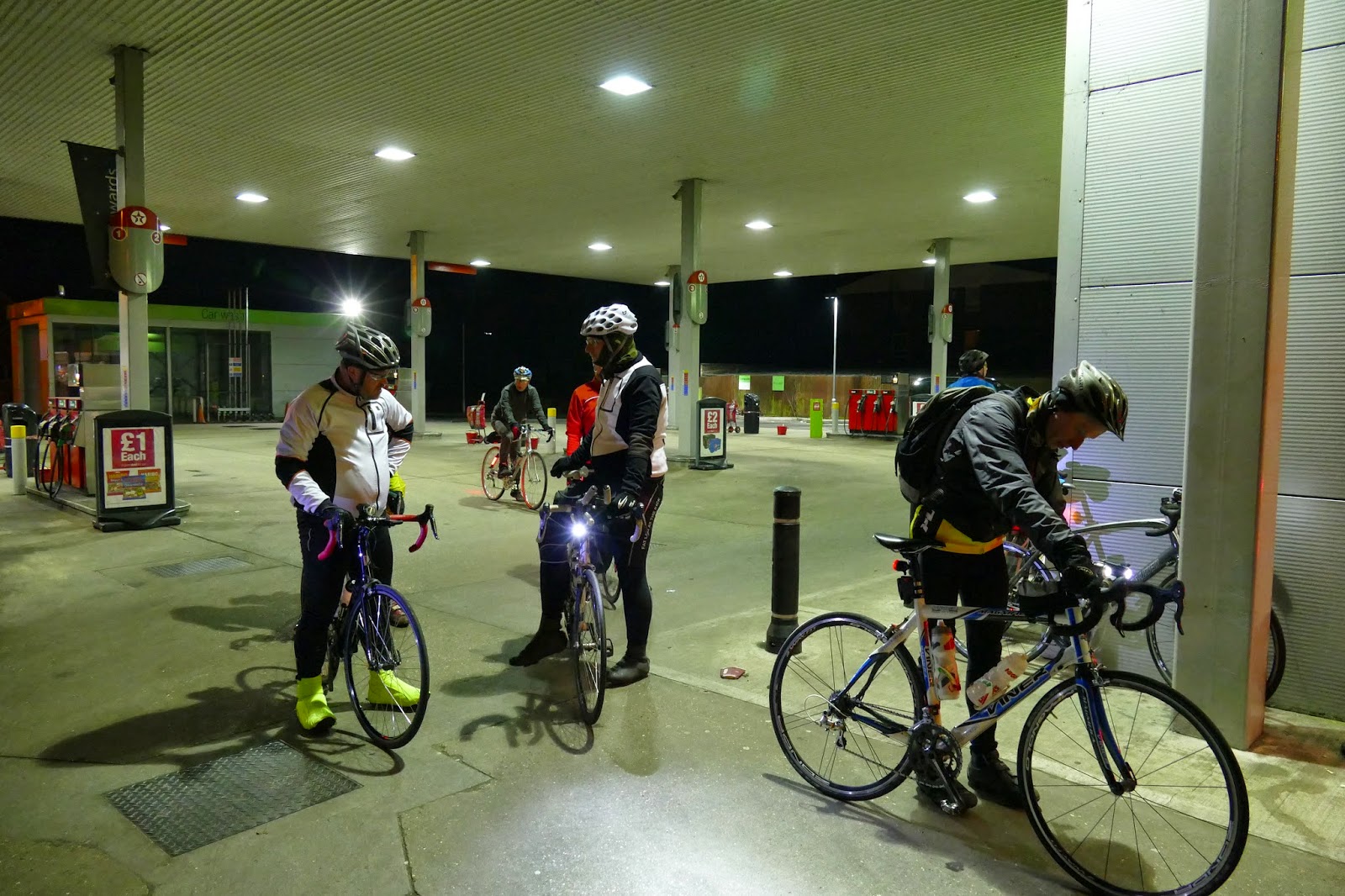 Descending Reigate Hill was aided by the light of the moon but I tried to keep my speed in check and could be described as cycling down at mincing speed when compared to some of the more hardened cyclists. 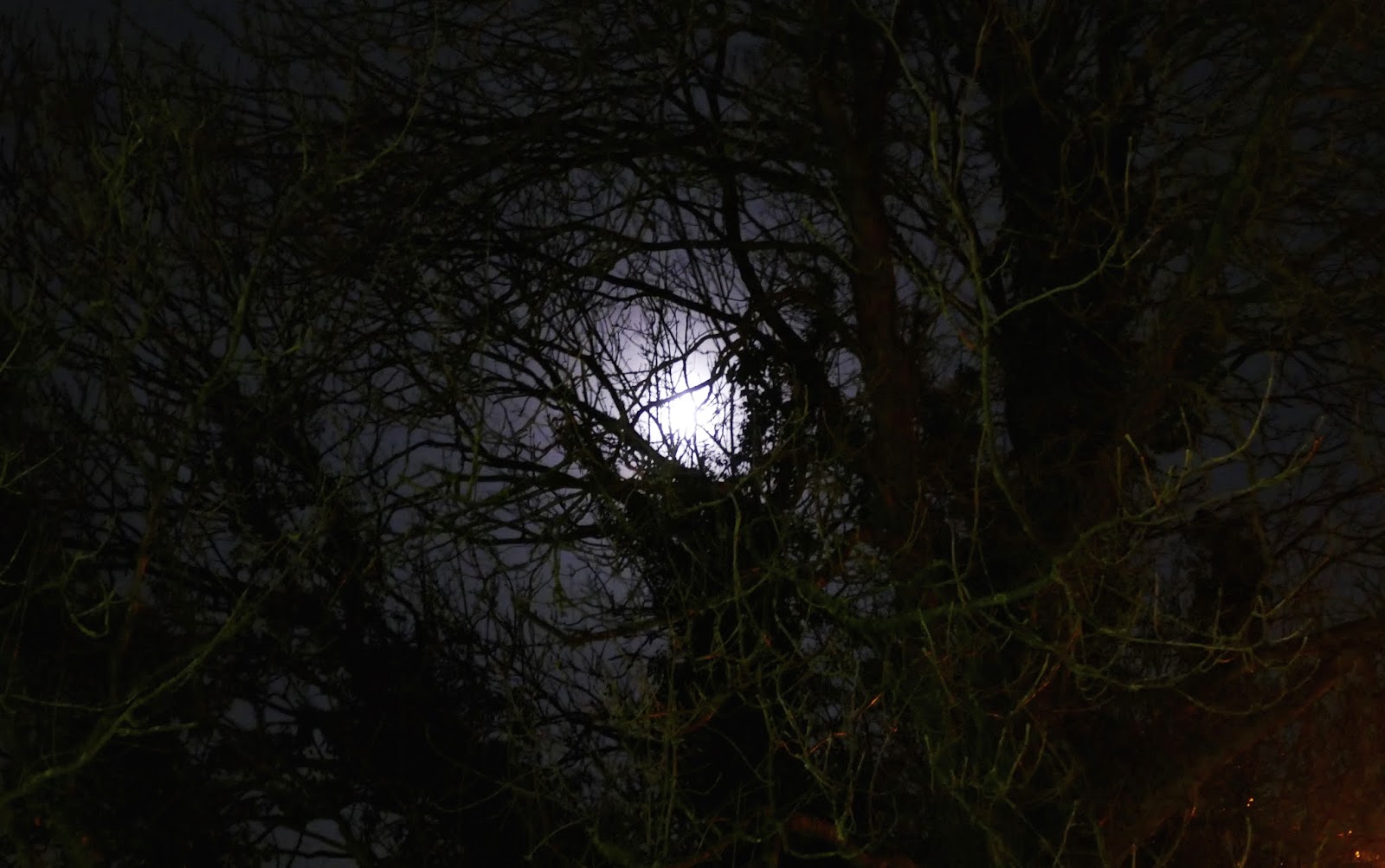 Just before 30 miles we reached Gatwick Airport which was to act as our halfway stop. Being open 24 hours, warm, lots of food shops and perhaps the best toilets likely to be encountered on an overnight cycle ride, it was a good location to lay up for a while. 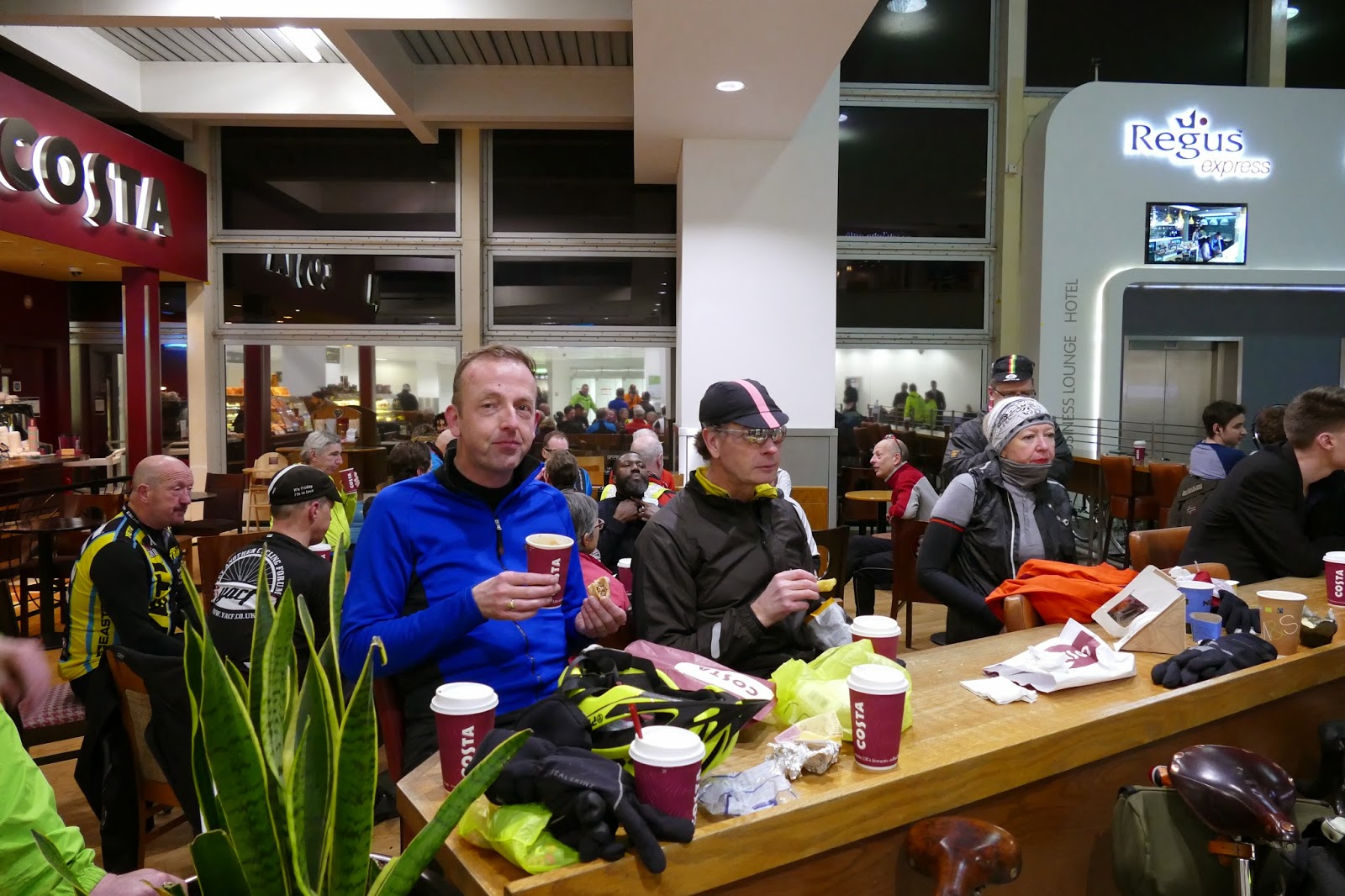 The first time we visited the toilets we were impressed. I was equally impressed by the 2.5 metre by 1.5 metre private cubical this time. 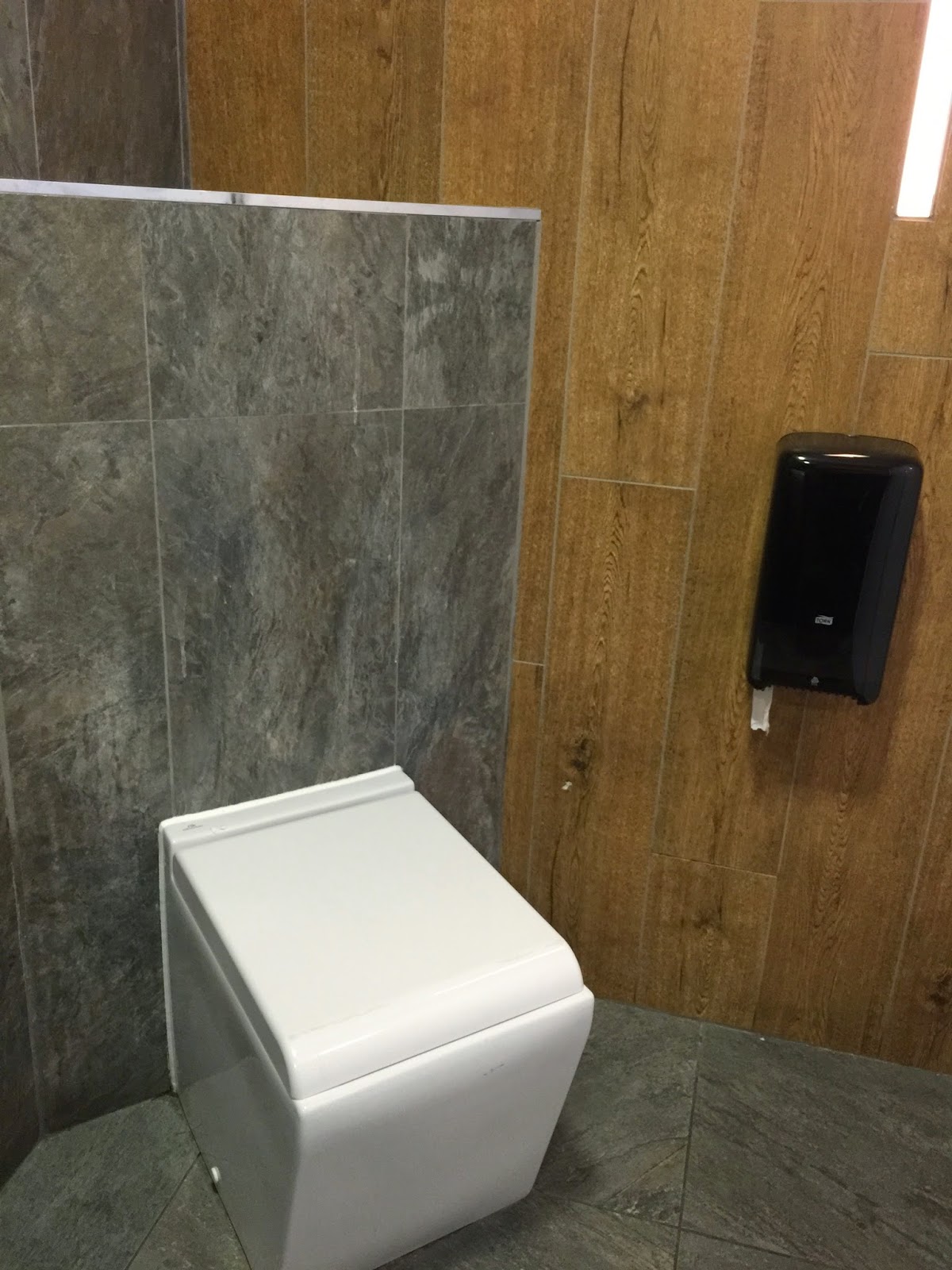 I did not even mind - and if truth be told welcomed - the piped music to aid proceedings. The time music could be described as mellow, jazzy jazz. 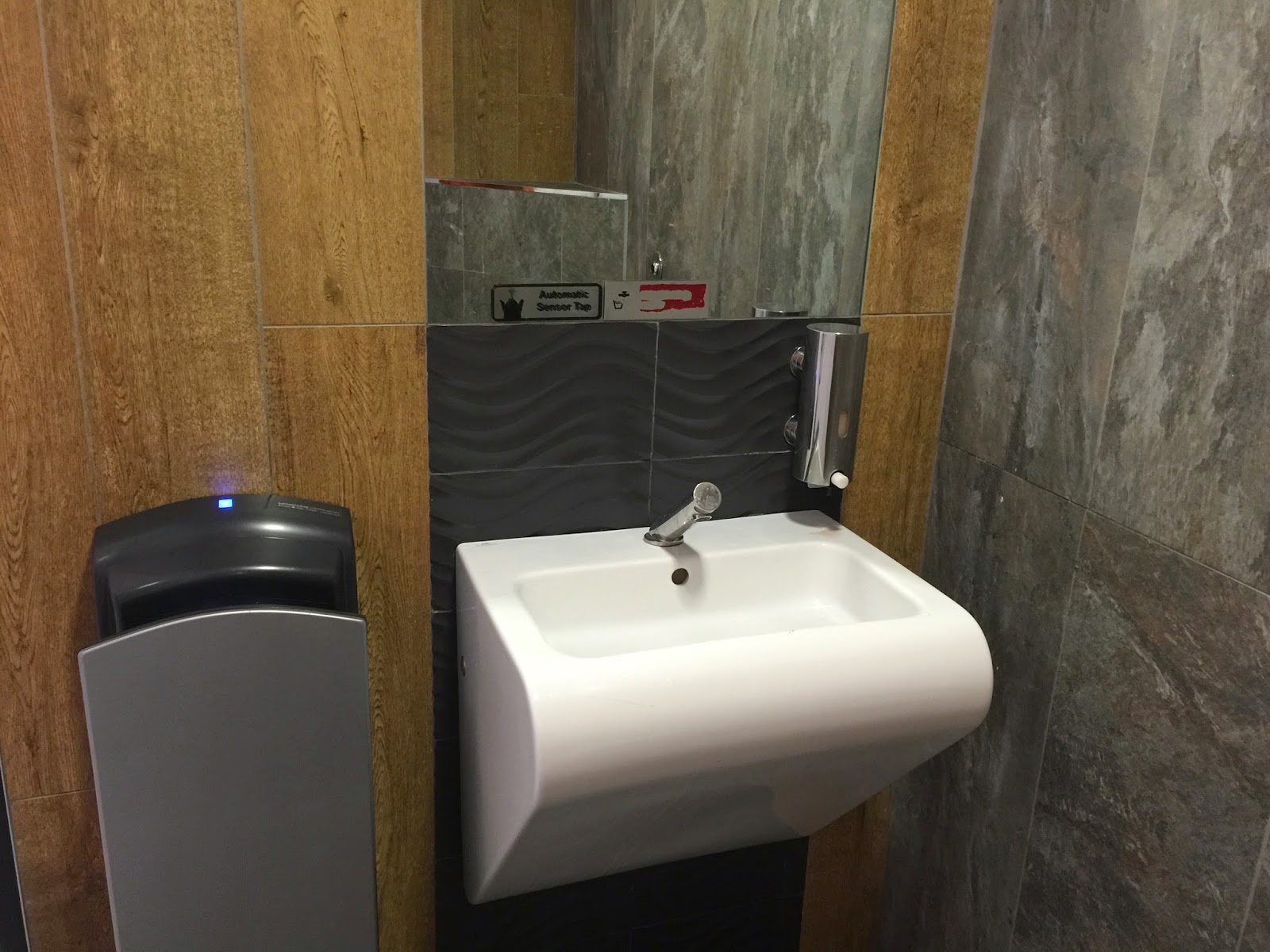 With our rest over we pressed on. As always I knew I would be frozen after being inside in the warm and decided to put on my cycling balaclava. This worked well to keep out the chill but after about 15 minutes I was baking and had to stop to take it off.

We cycled along very purposefully as as always on these rides I found myself alone following a distant rear light. I must have cycled several miles before catching up with a larger group. You might think this lonely or dull but it isn't. It provides lots of time to consider all sorts of things. By the time I regrouped I have mulled over lots of things I have been thinking about and come up with suitable ideas.

As approached 50 miles the wind started batter us head on. It was difficult to keep going without it sapping ones energy. Soon signs for Ditchling presented and the countdown on miles to go began.

The ascent of Ditchling Beacon is 1,445 metres long with a height gain of 142 metres. Many say that it holds the title of climb that has forced more riders off their bikes than any other. It is rated as 6 out of 10 and although I have conquered it a few times before it has to be respected.

As I approached the base of the Beacon I saw David making his ascent. I had every confidence he would make it fairly easily and at a good speed. I stopped in the car park as its base to make some final preparations. I downed the last of my water and took off a layer. Geoff arrived shortly after and was doing much the same. I set off for my ascent. Would I make it? My legs felt tired after battling the strong headwind.

Straight away the road had a steep gradient. It wasn't long before I had run out of gears. I kept going and kept as much of a rhythm as I could. After about 200 metres I pretty much knew I would do it but perhaps one of the reasons why so many riders put a foot down or start walking up is because it seems to have several false summits. I have cycled the Beacon several times but as I gazed as the views below to my left I thought I have done it, only to discover I had not! 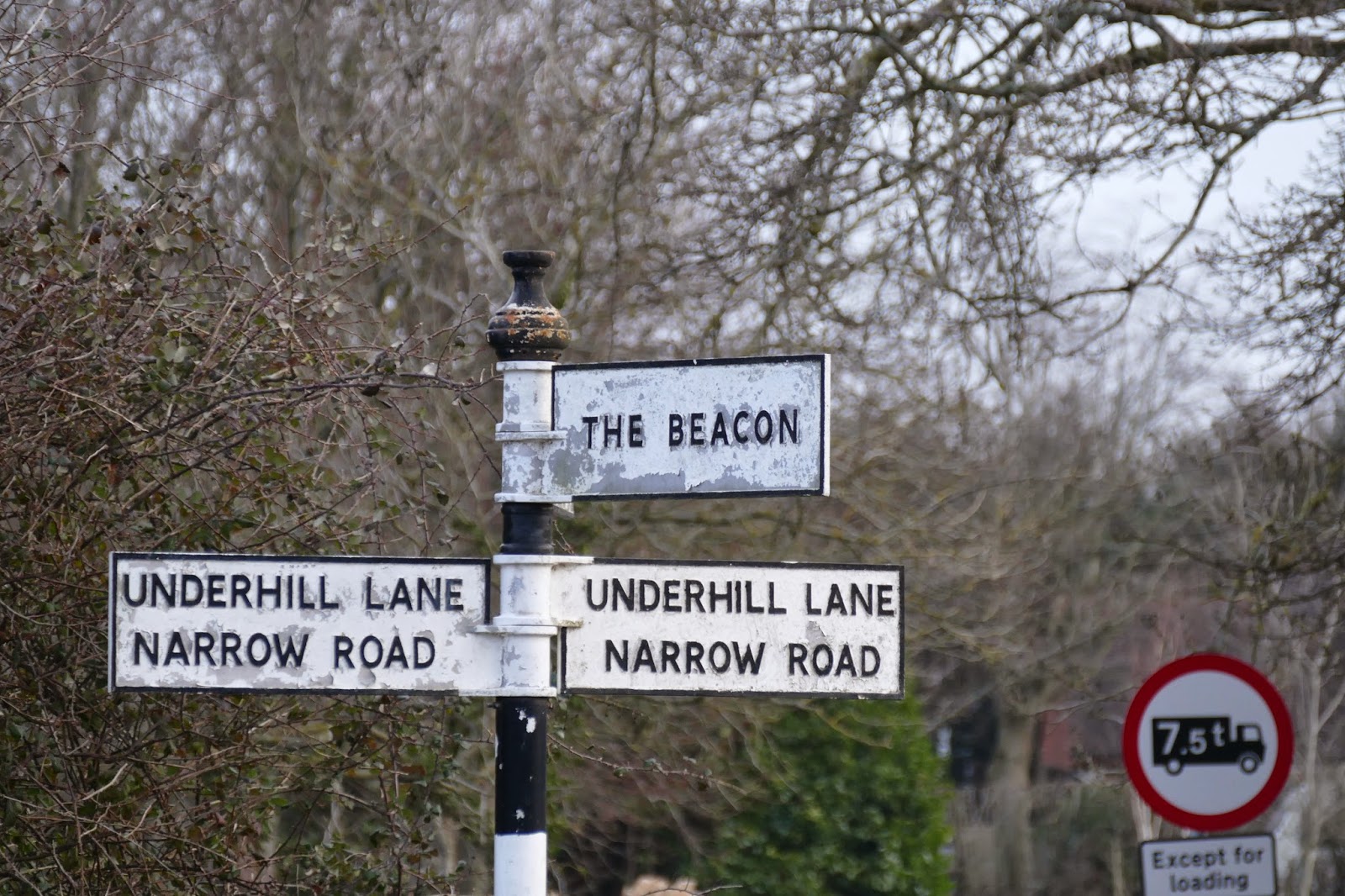 Finally, I reached the actual summit and was welcomed by a breeze so strong it was difficult to turn the pedals. It eased slightly and I pushed harder to get to the top. I had done it. Ditchling Beacon had been conquered...again. 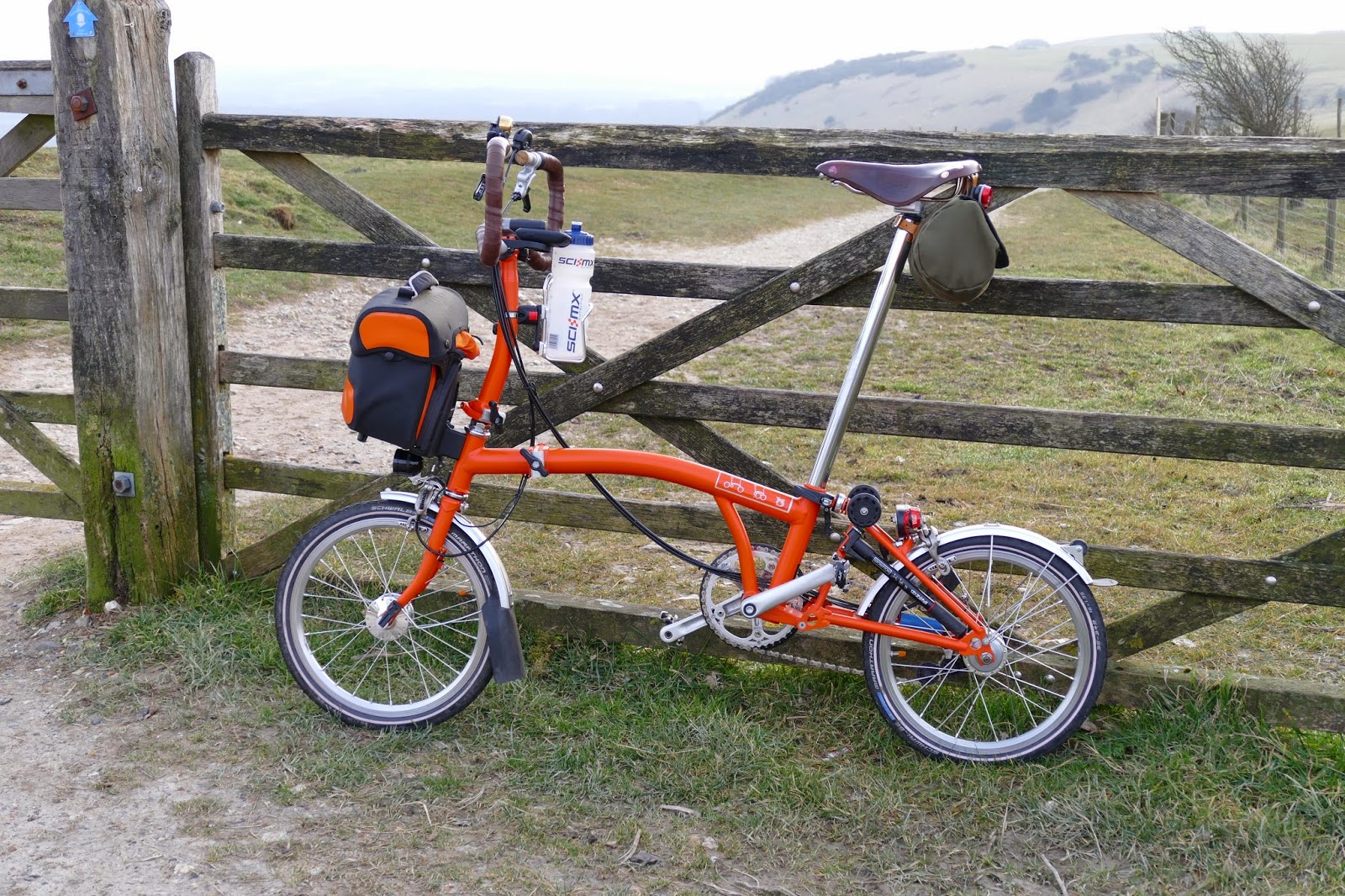 The views were stunning and I took the time to take a few photos trying to hold my camera steady as I was being battered by strong winds. 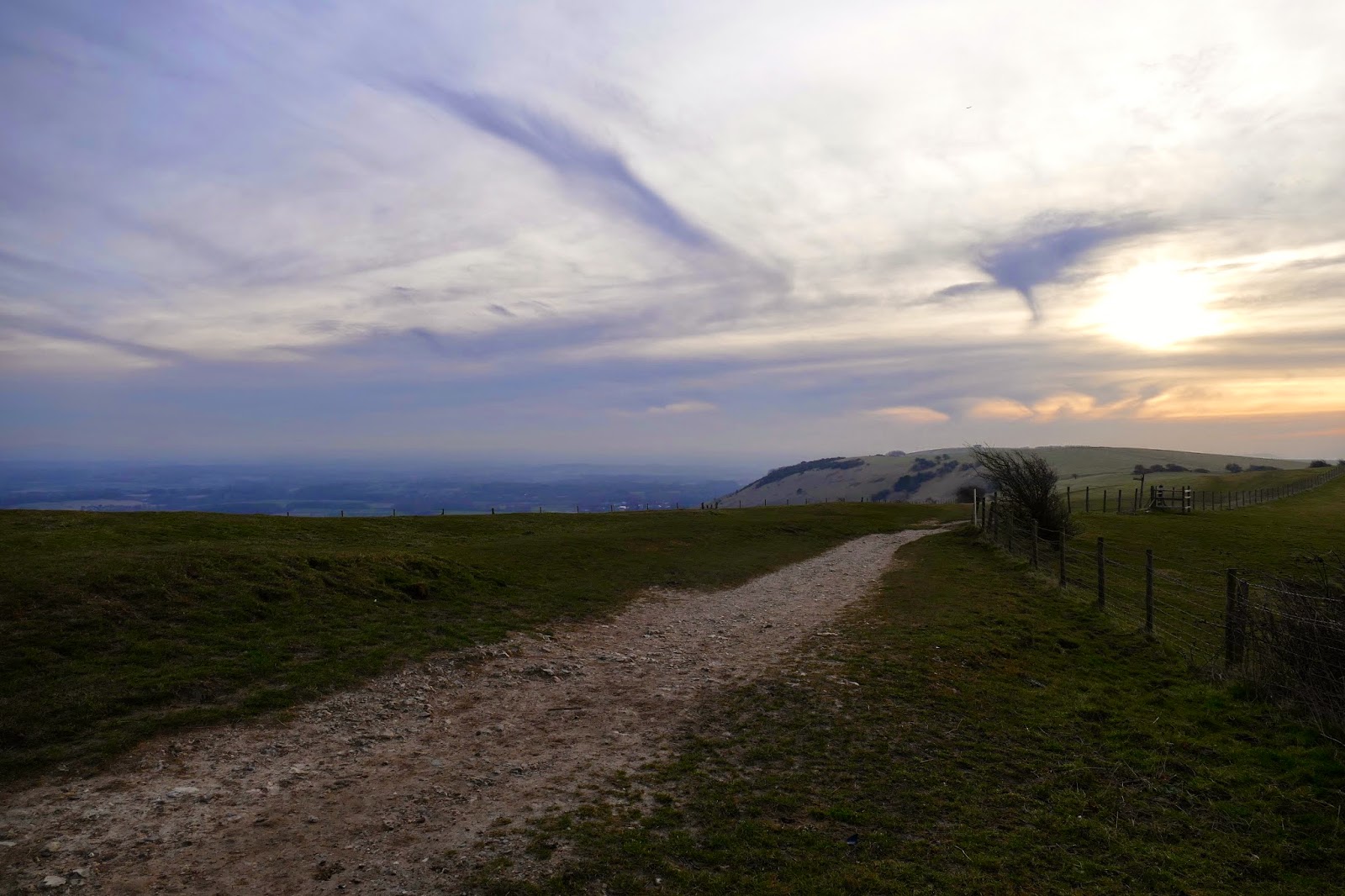 Other riders started to make it up the Beacon, cheered on my others and not long after me Geoff came into view. He had done it too and made it up all the way for the first time without a foot down. Brilliant. 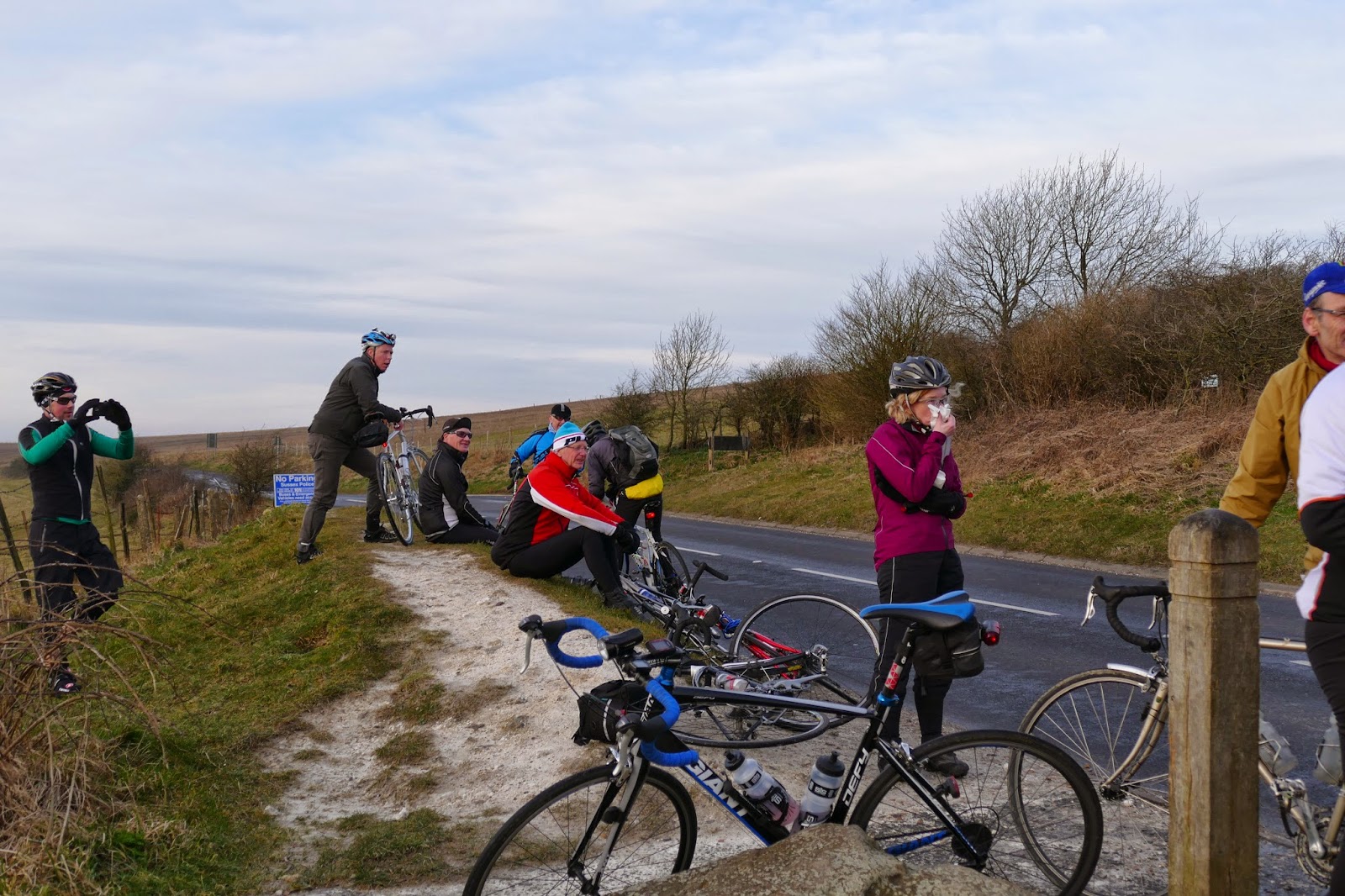 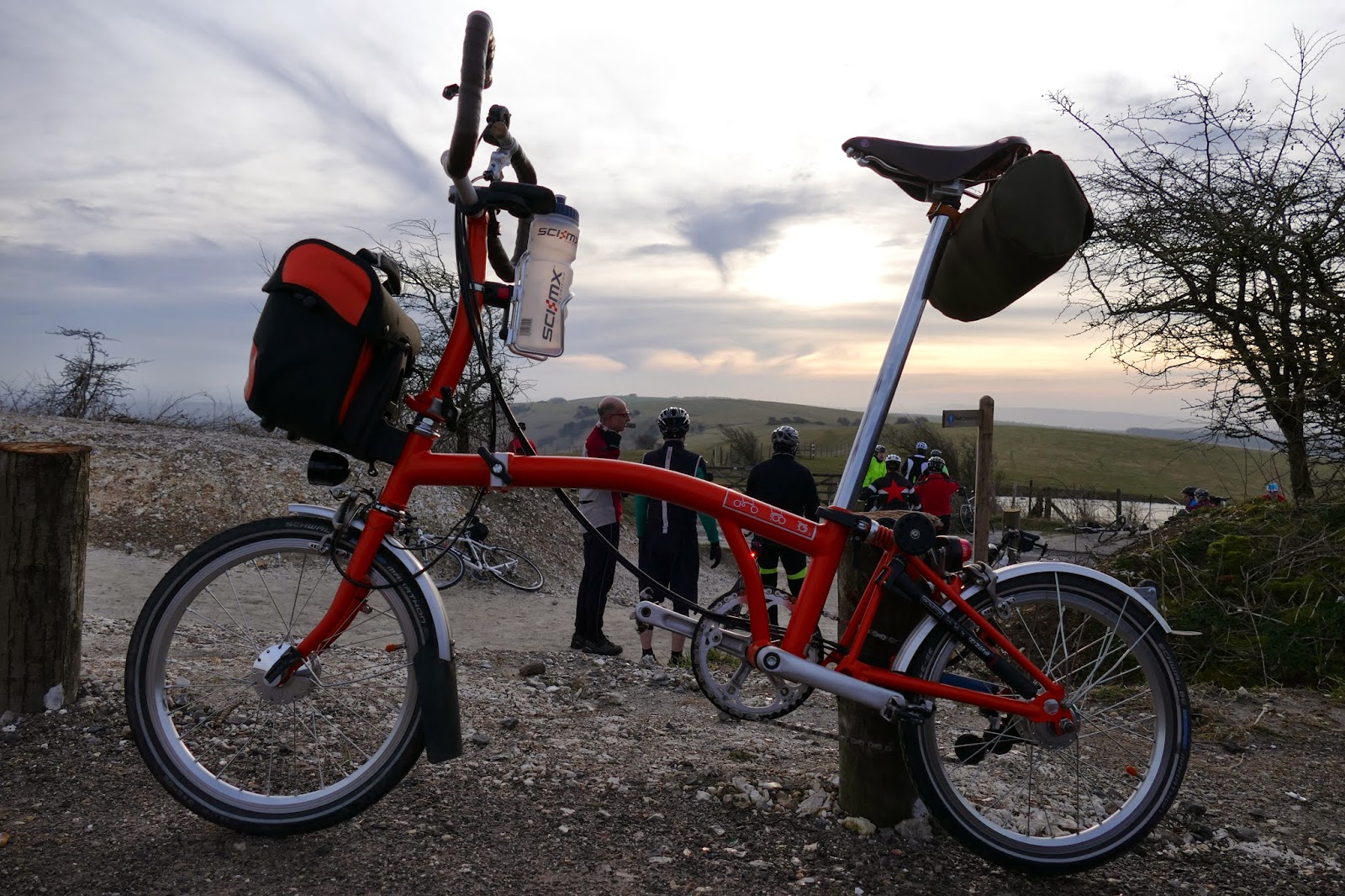 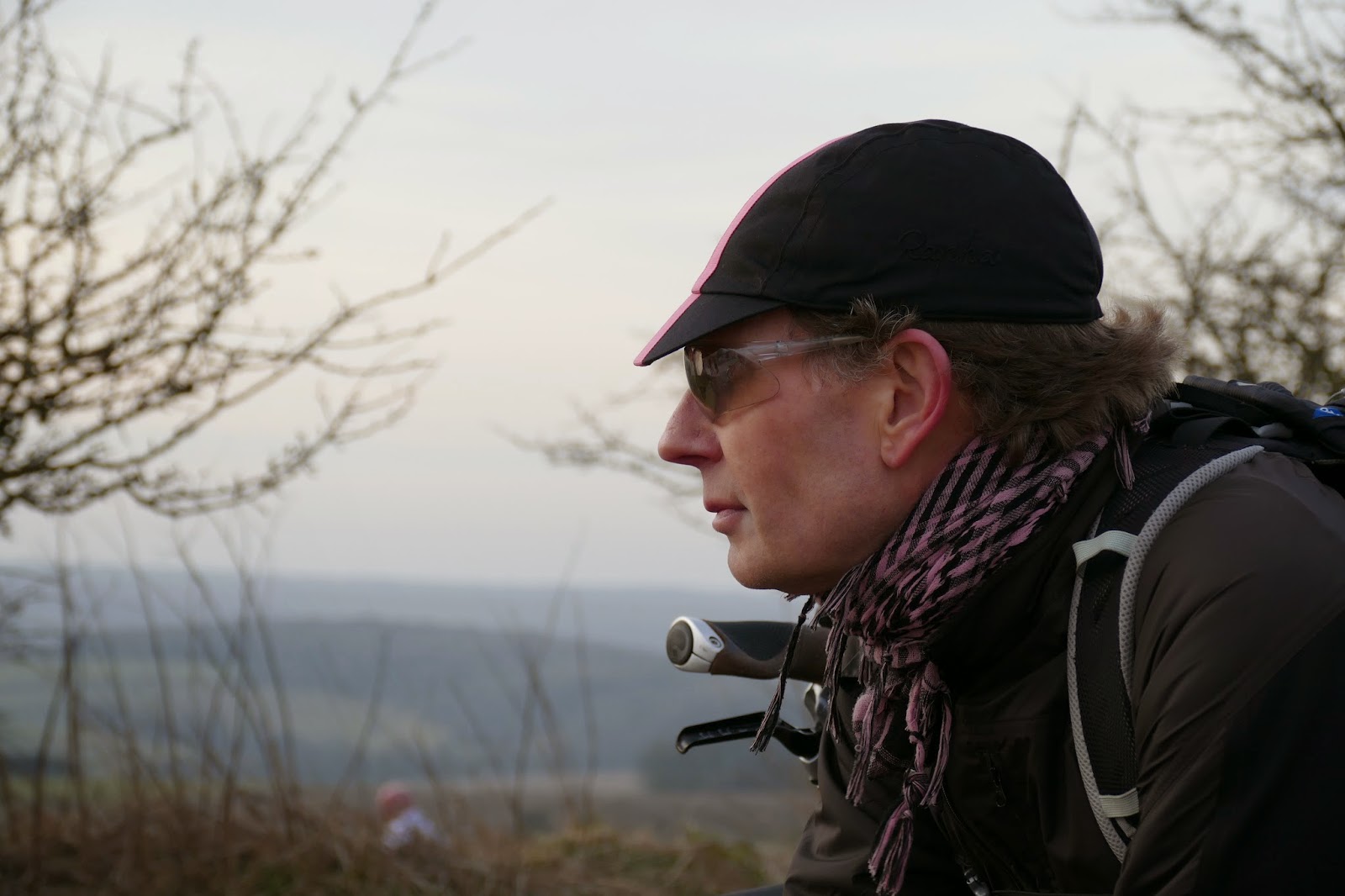 We stayed for a few minutes taking in the views, atmosphere and the fact we had tamed the Beacon on a Brompton before realising we were hungry and wanted breakfast. 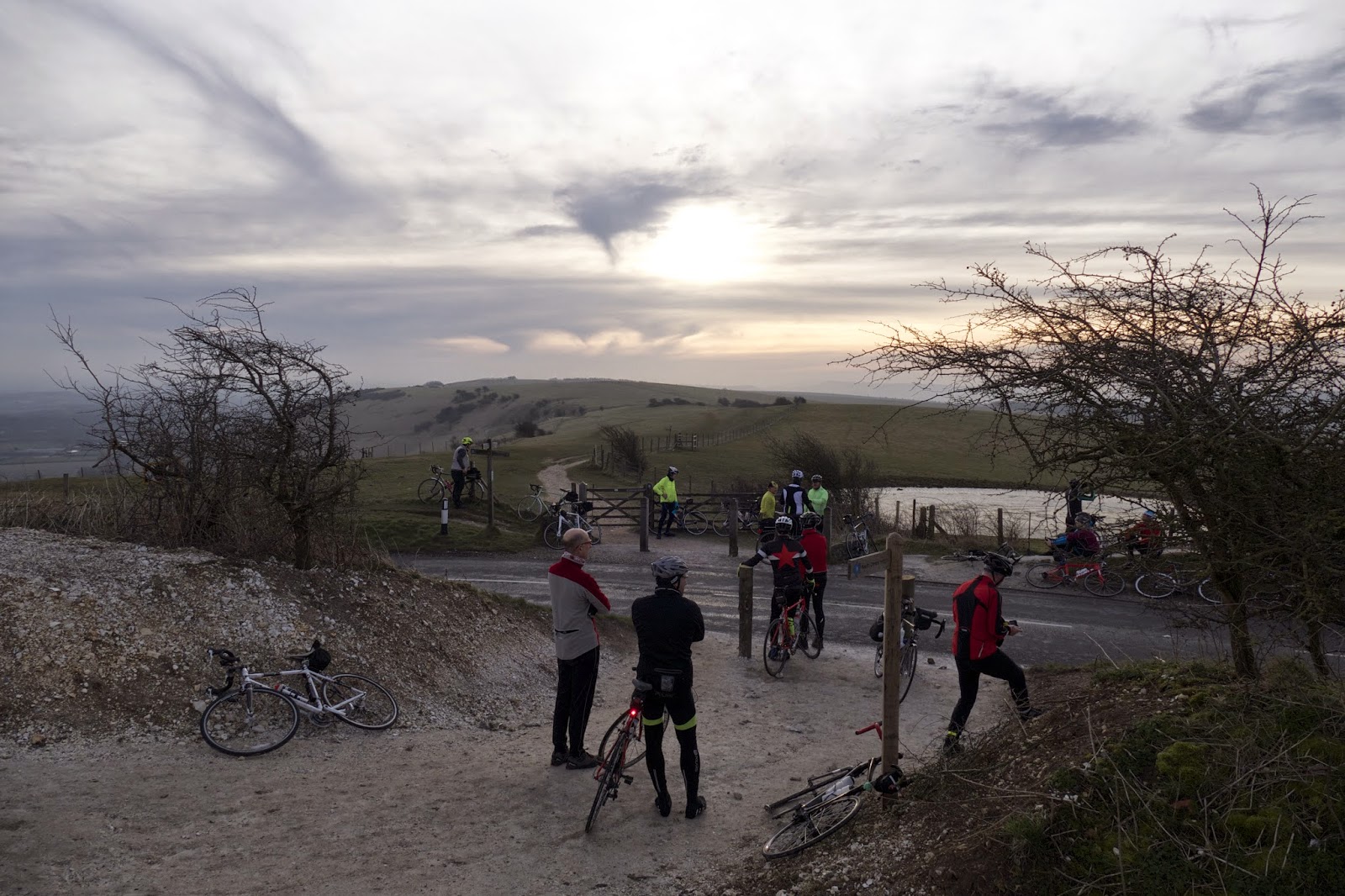 With only a few miles to go we headed out but the strong winds made progress hard and slow. My legs felt as thought they had had enough but the incentive of breakfast kept me going - just about.


This was another great adventure and I was glad to chalk up another victory against the Beacon. The Brompton truly is a wonderful little bicycles and again I hope David, Geoff and I proved that they are so much more than just a short distance urban commuter.

Many thanks to Olaf for organising a great ride and his team of tail end Charlies. Thanks also to David and Geoff for their company.

In a few weeks we will return to Brighton, this time for a more relaxed photo opportunity sort of ride and I look forward to that.