I found myself in one of my favourite locations outside of my beloved London namely, Whitby.

Whitby is in North Yorkshire and travelling in one of the things you see from a considerable distance is its ruined Abbey. 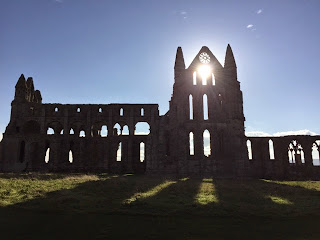 Not far from the ruined Abbey is the weather battered St Mary's Church. Both locations and Whitby itself will forever be associated with Bram Stoker and his most favourite work, 'Dracula.' 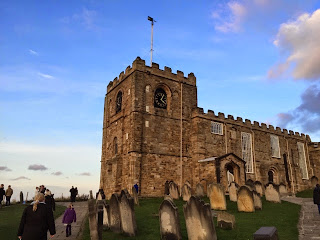 Whitby was where Dracula landed in the ghost ship Dementa. Fearing that sunrise was imminent, Dracula transformed into a huge black dog and ran up the 199 steps leading up to the Abbey and church. 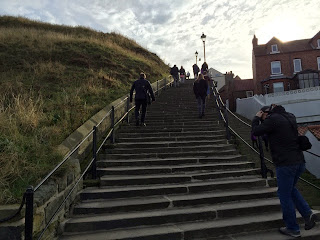 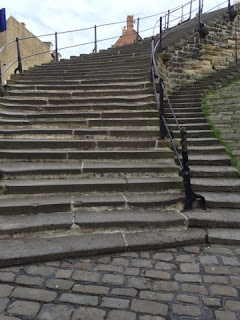 Whitby is also famous for a softish black gemstone called, jet. Lots of little jewellery shops sell some lovely items and I usually try and persuade Mrs O to buy something. 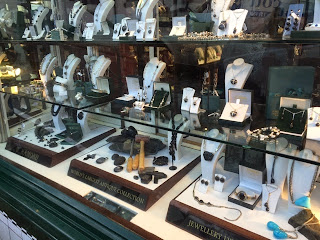 During this time of year - the run up to Hallowe'en - the shops are suitably kitted out in cobwebs, pumpkins and the like and the streets are lined with Goths. Some of these are new recruits while others are old hands having been there back in the 1980's. Some of the outfits and effort people go to is quite amazing. 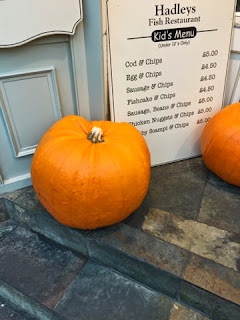 Captain Cook the famous explorer lived in Whitby and a couple of his most famous ships were build there. The house he lived in is now fittingly a museum. The statue overlooking the harbour is very popular!! 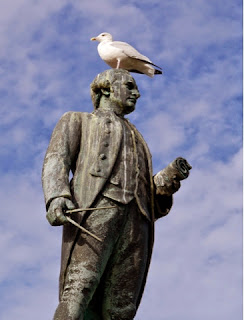 One of the very refreshing aspects to Whitby is the shear number of unique and independent shops. One can become somewhat jaded with boring multinational chains and those at Whitby are a refreshing chance to experience something different. 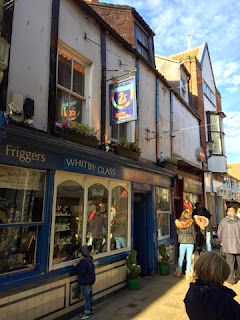 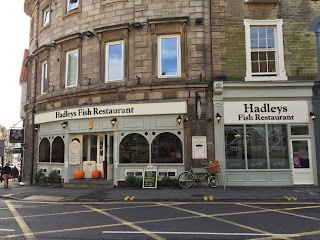 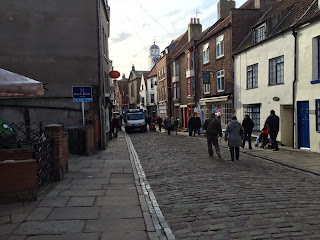 In case you haven't guessed, I am rather taken with Whitby and even though I have visited several times I have yet to be disappointed. 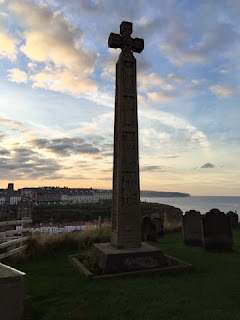