Just before the Brompton World Championships I bought a couple of these BikeFun suspensions blocks. One I fitted to my Titanium Orange Brompton and used it for the Sprint and the BWC itself. The other waited to be fitted to my new P type.

This has been around for some time in one form or another but as I have not really liked changing my Brompton bicycles too much - they are a near perfect design in mu opinion - I was not too keen on them...until they had orange ones!

The pack you get is a fairly simple affair. The spring itself and two small acrylic blocks. One is slightly firmer than the other. 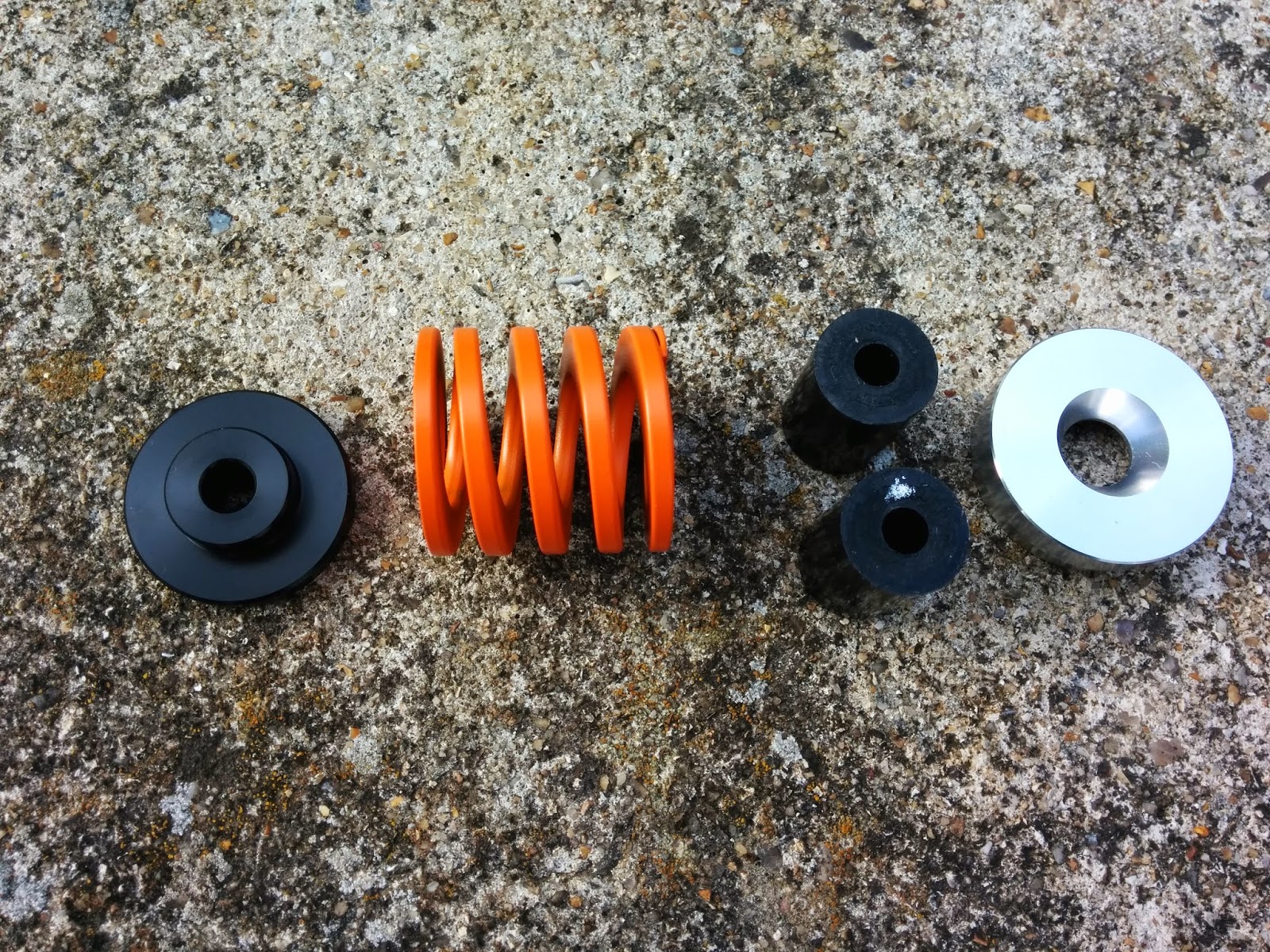 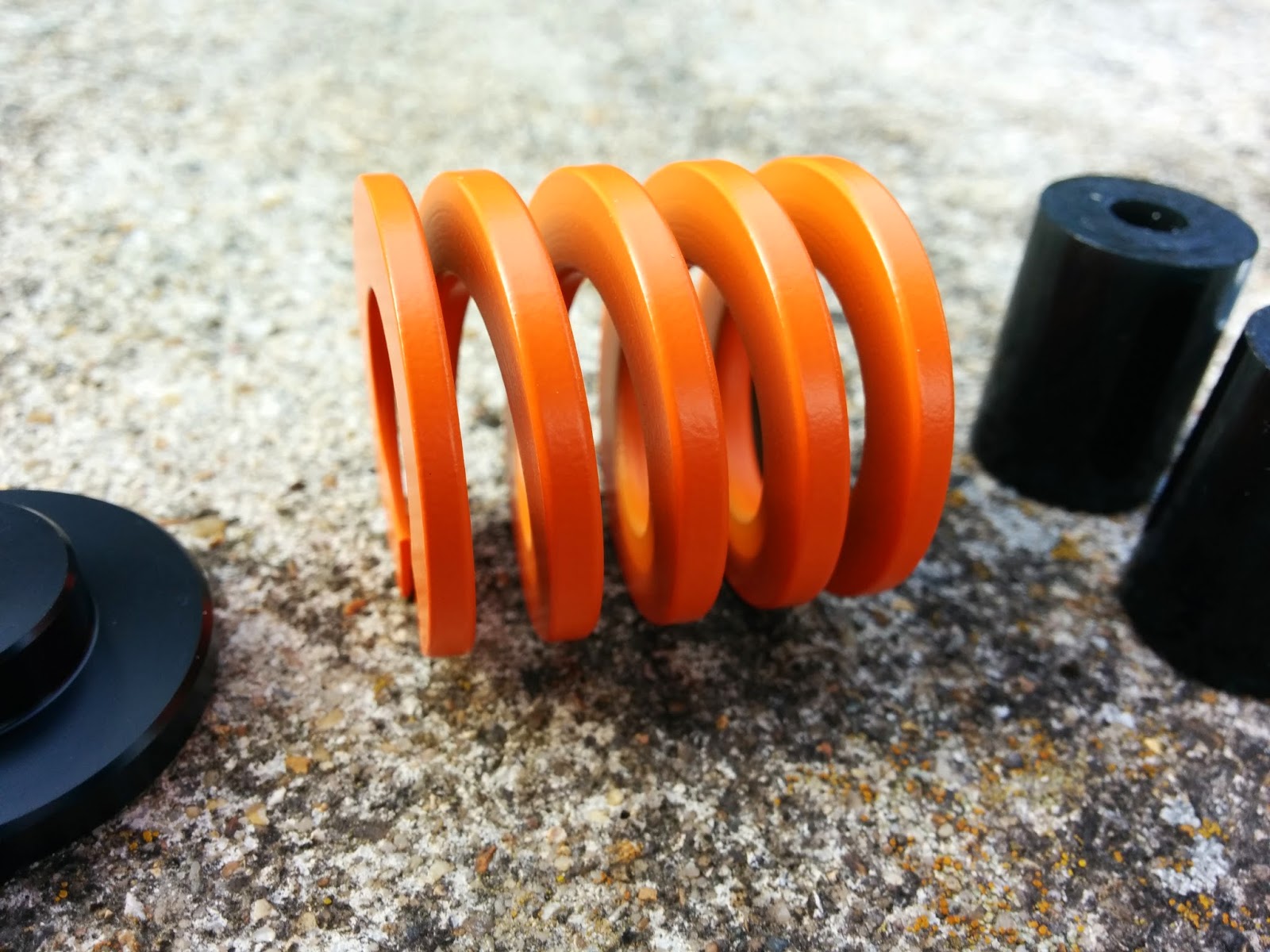 I went for the firm version and having used it at the BWC I can report that it feels firmer than the standard Brompton firm suspension block. 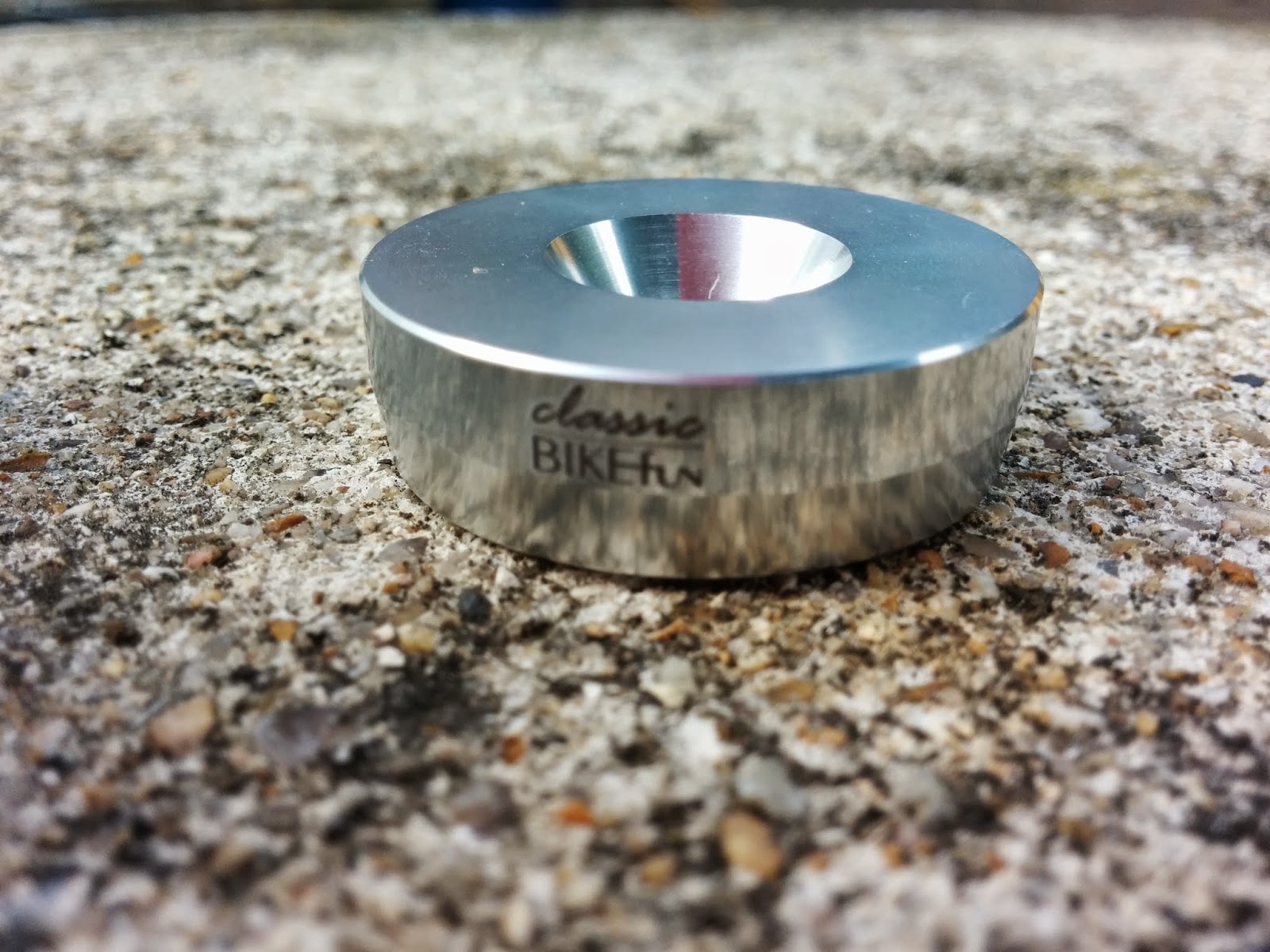 The block got quite a bit of attention and I told quite a few people about it including a certain friend who likes yellow. 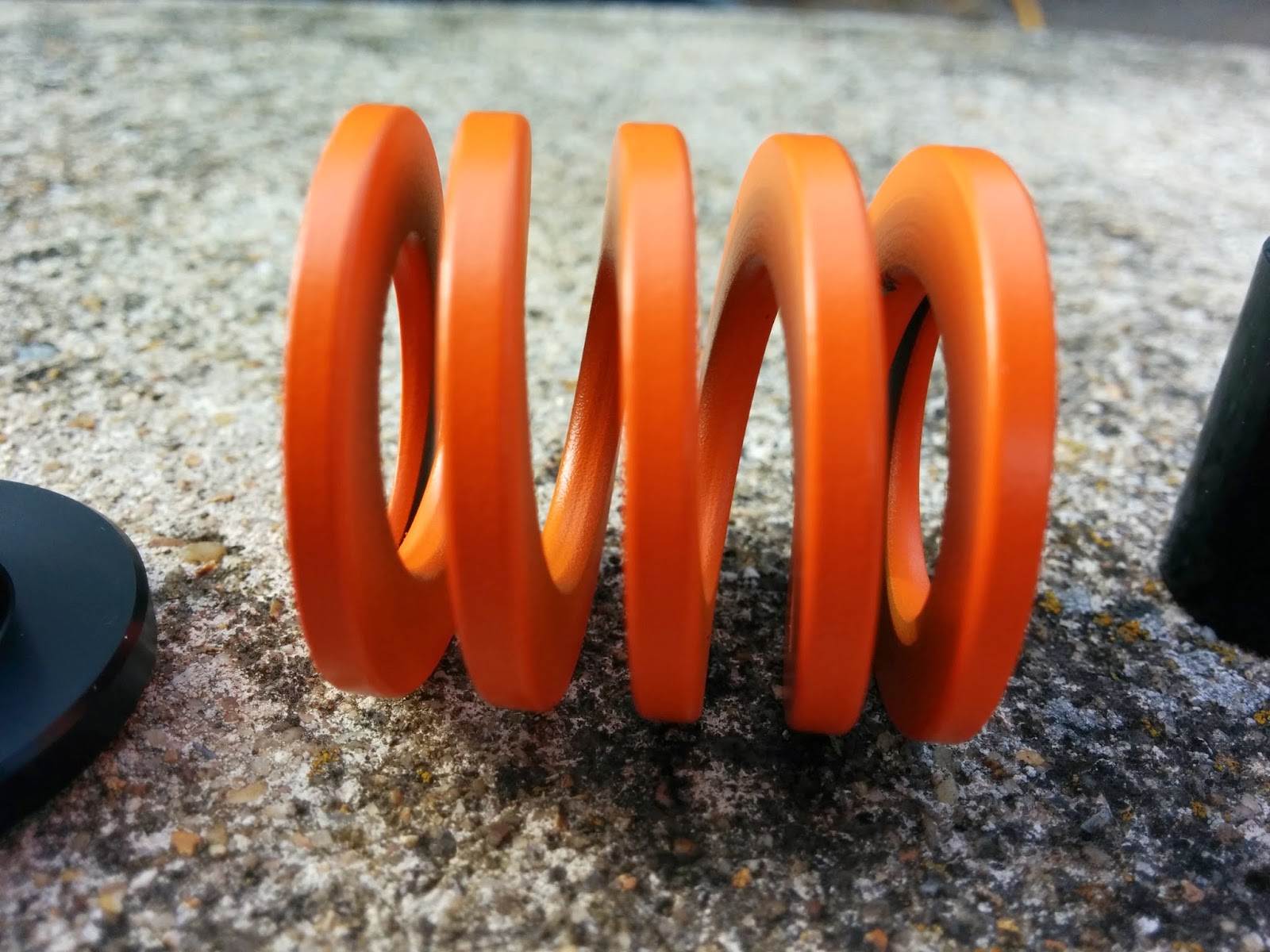 In addition to being on my Titanium Orange Brompton I now have it on my P type as well. I think they are discrete enough for my tastes cosmetically but also perform well at stiffing the suspension. 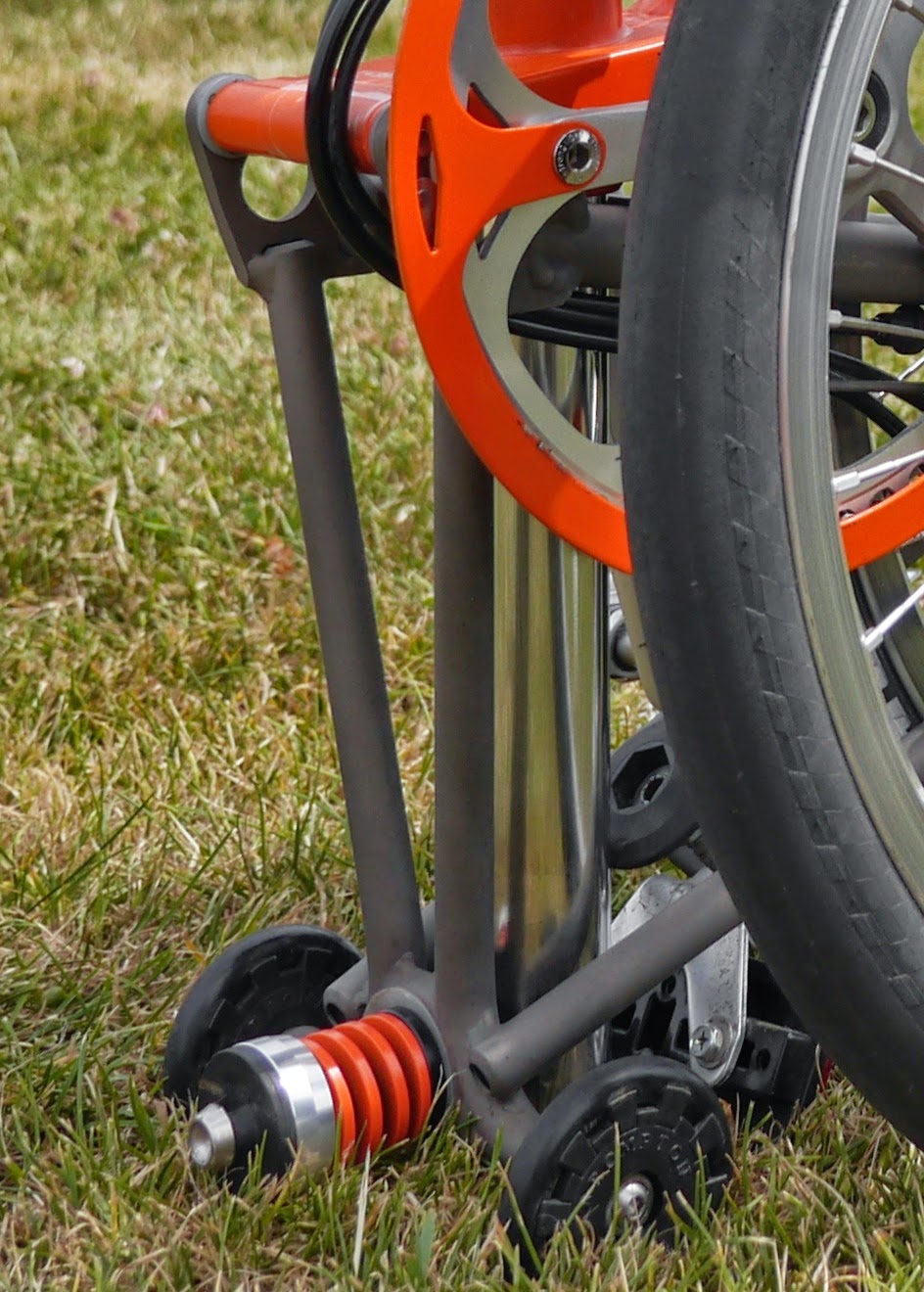 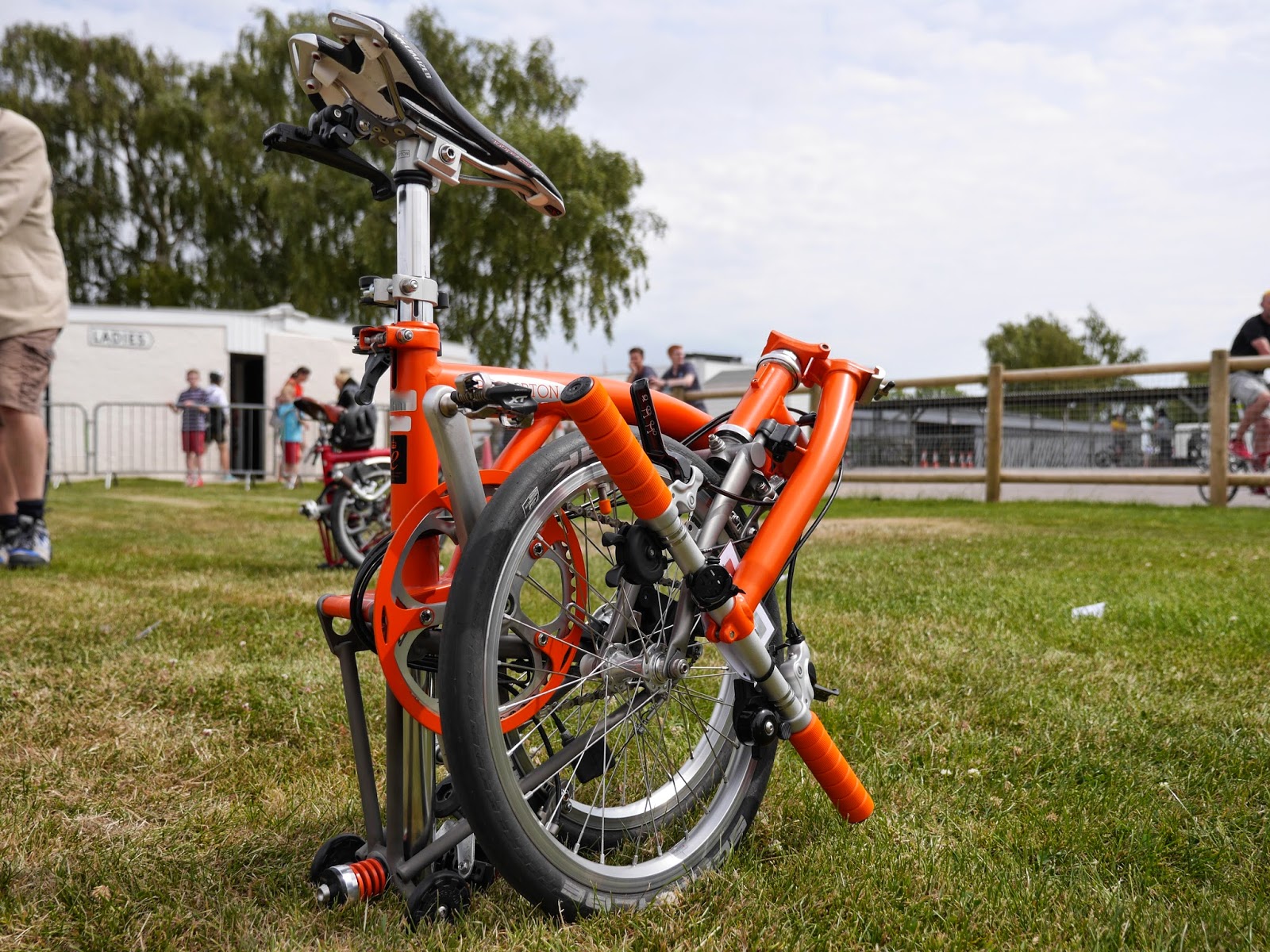