Trellick Tower on a Brompton

This morning I decided to go on an early morning ride with a slight difference. The difference being that I decided to take my camera out and visit a few locations simply to take a few photos.  I should also say that my initial location - Richmond Park - was abandoned pretty quickly mainly due to the quite high winds. More on that later!

The location was of course as the title of this blog clearly states, Trellick Tower. I have been there a few times with a camera and this mornings visit just sort of happened. 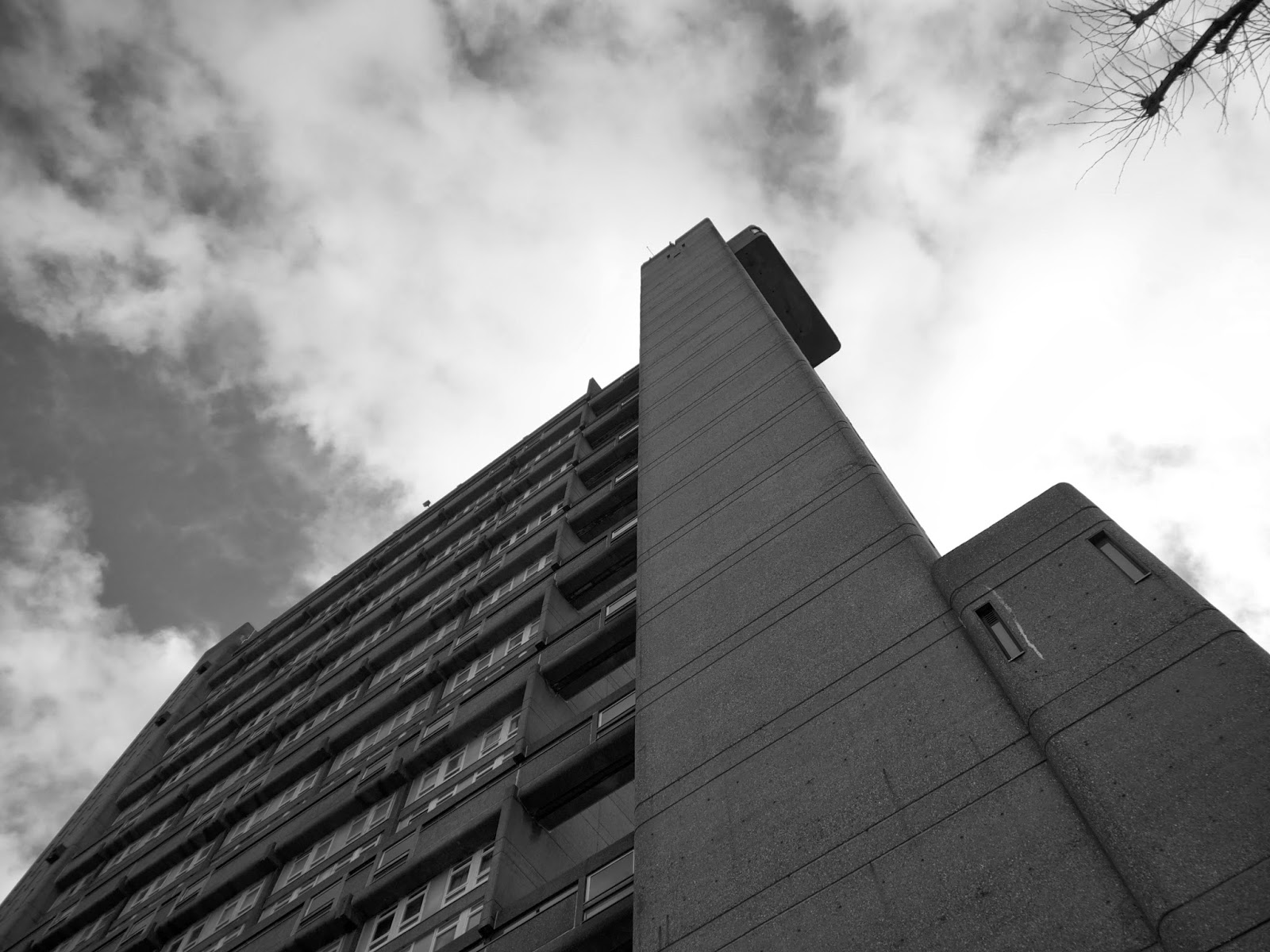 Trellick Tower is a love or hate sort of affair - me being in the love camp. From where I lived for many years I could quite often see it from a distance and recall making my own version of it (especially the jutting out bit) as a child with Lego bricks. 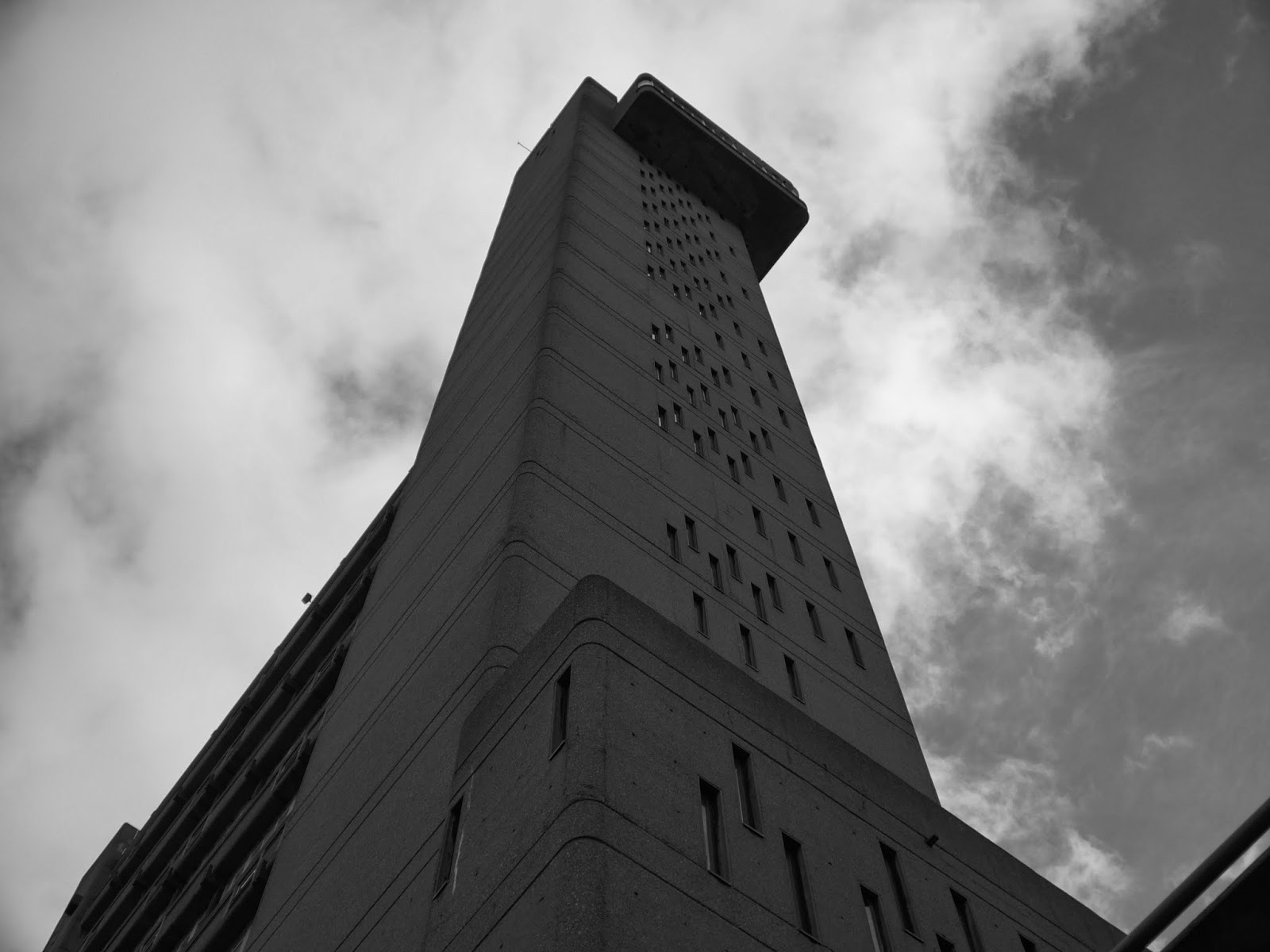 Located in North Kensington, the 31-storey block of flats was designed in the Brutalist style by the architect, Erno Goldfinger and completed in 1972. It is now a Grade II listed building and being 98 metres tall you can see it from a fair distance away. 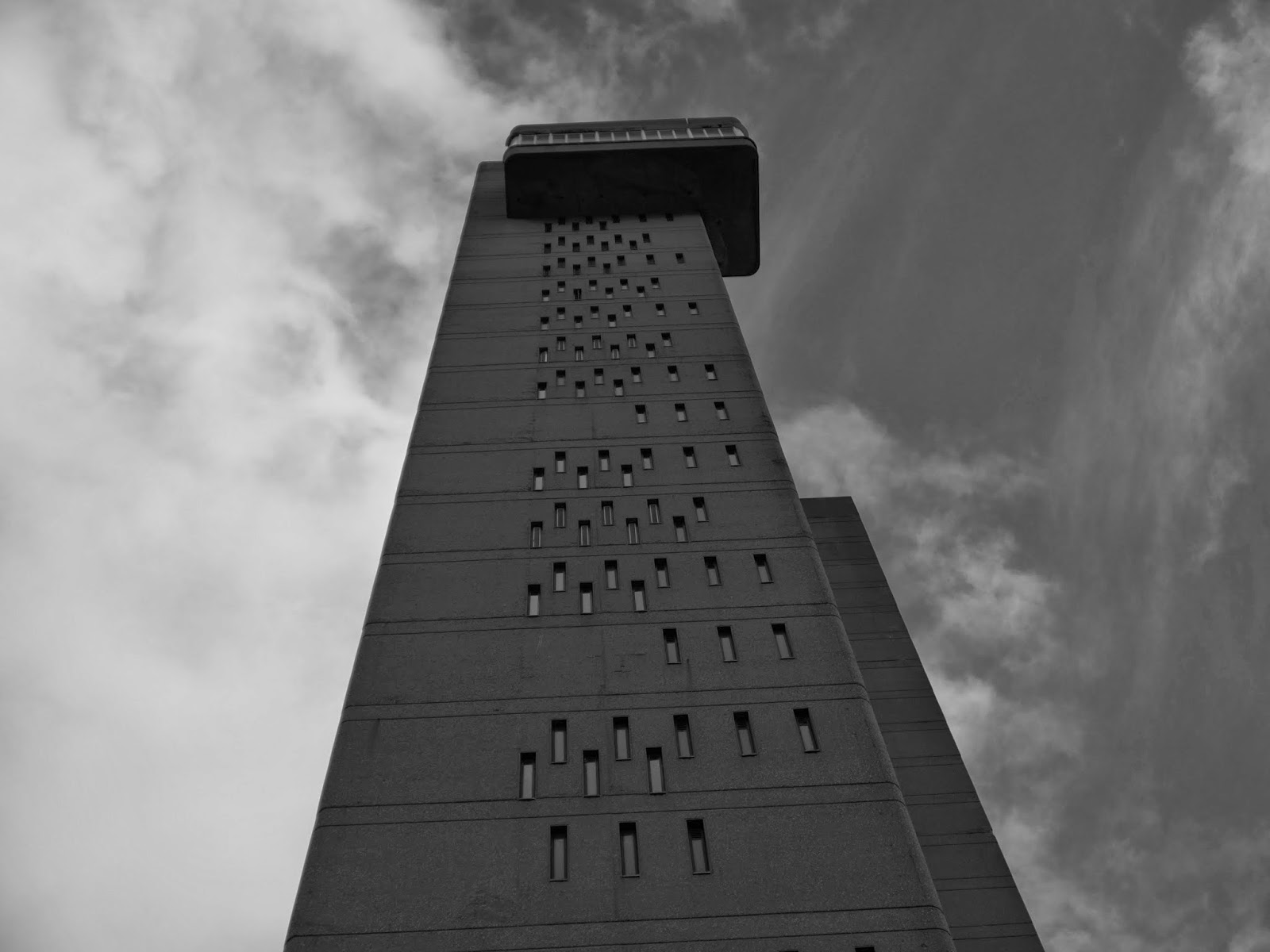 Goldfinger was by all accounts a fairly gloomy pill. He was know on occasions to fly into rages and  fired assistants if they were too jocular. I doubt whether I would have lasted too long as I have been know to sing, 'Sunny Disposish' by Charig and Gershwin. 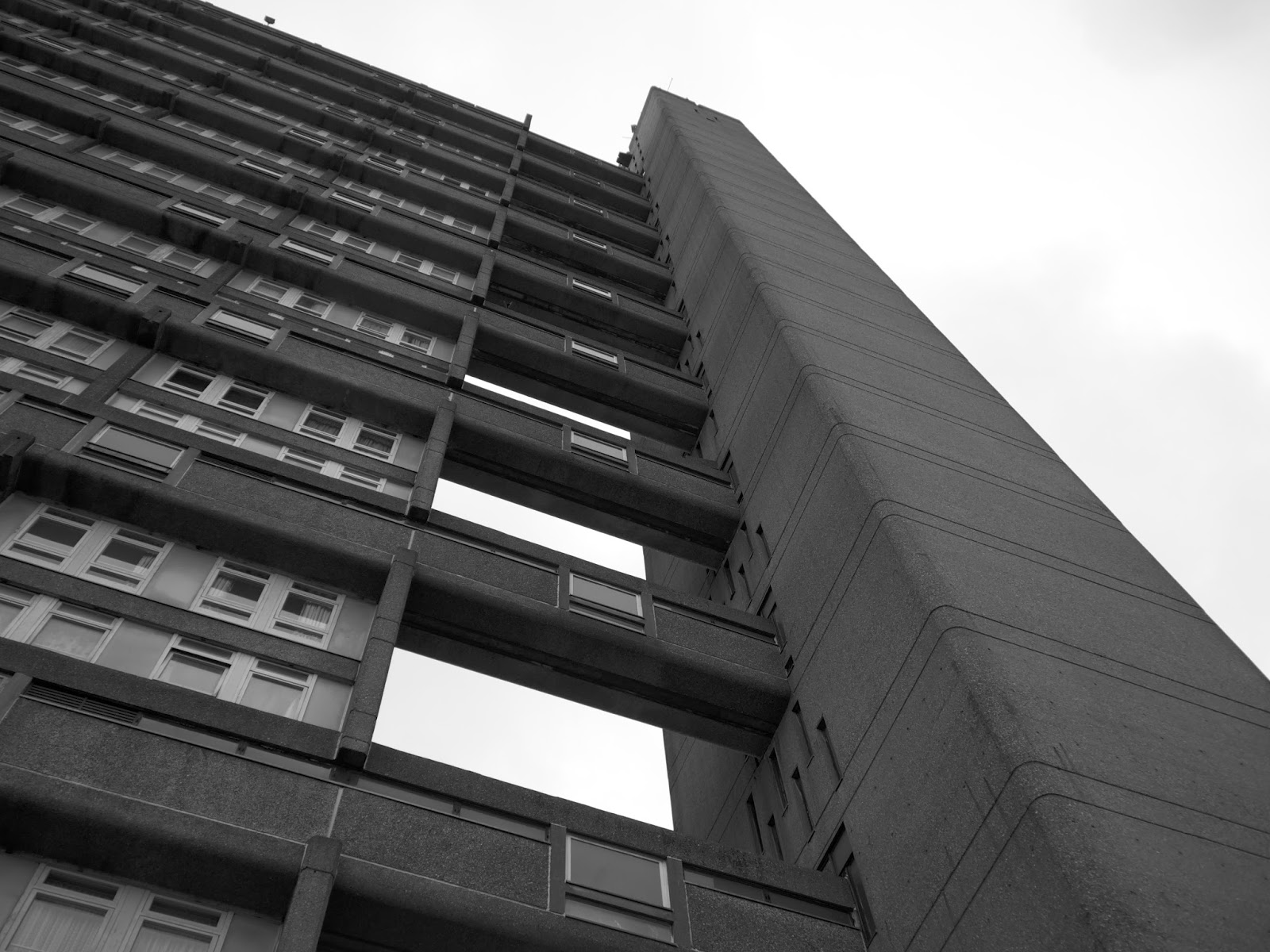 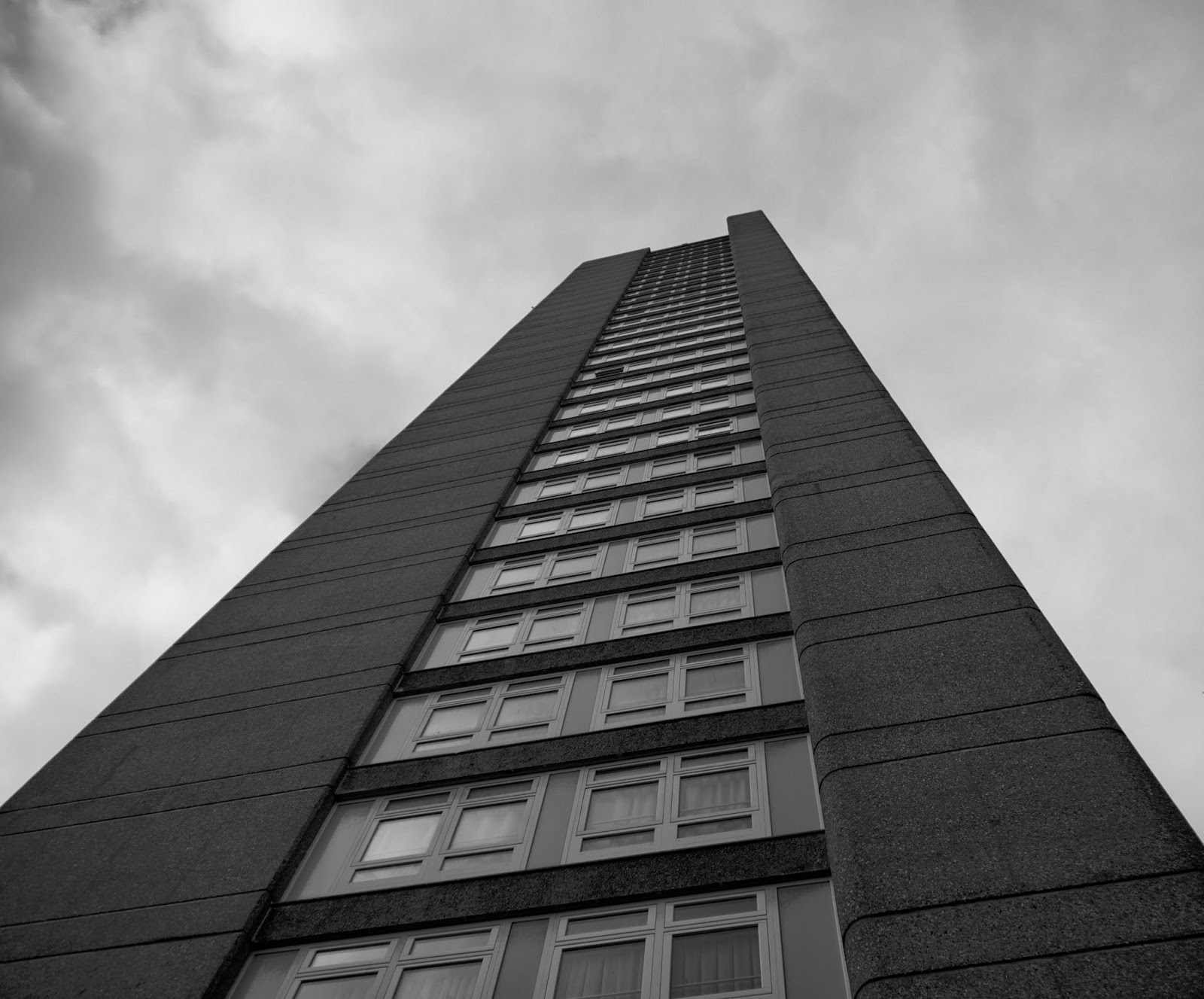 There are a few of Goldfinger's buildings dotted around London. His own home at 2 Willow Road, Hampstead is now owned by the National Trust. I always say I must visit the inside but so far I have only ever seen the outside.

After WWII some pre-war cottages were demolished to make way for three flats designed by Goldfinger. Ian Fleming was one of the objectors to this happening but Goldfinger got his way. Fleming, who in no way liked Goldfinger decided to name one of his villains Auric Goldfinger. The real Goldfinger sought the advice of his solicitors after 'Goldfinger' was published. Fleming responded by saying he would rename the villain, 'Goldprick' but nothing became of it. Just imagine Dame Shirley Bassey singing that!! 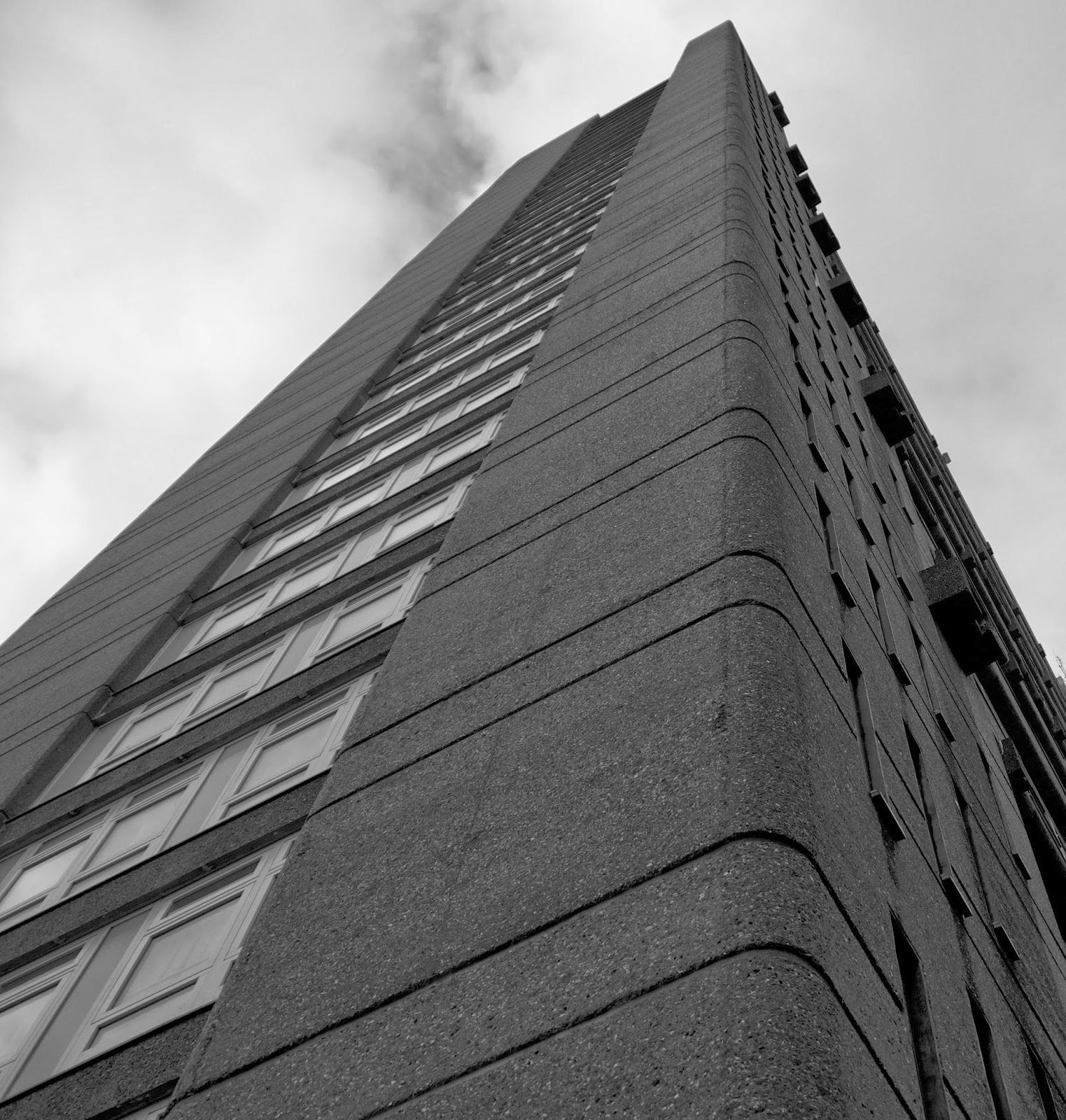 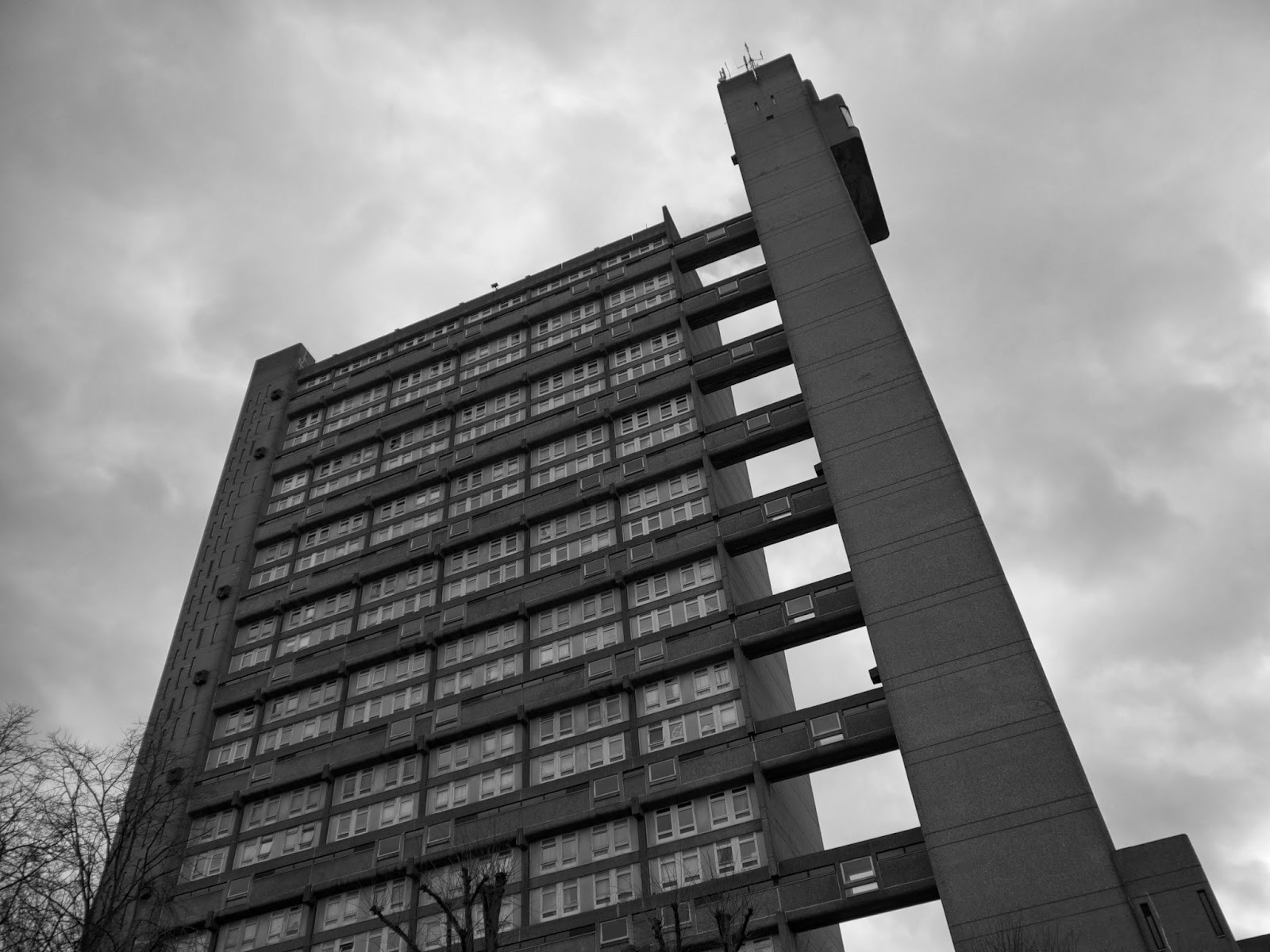 The wind this morning was very strong! I cycled about 12 miles in total but it felt like a great deal more as I battled against it. I tried to take some video of Trellick Tower, which you can see by clicking on the link below. Even with the camera up against my eye using the viewfinder, I was virtually unable to keep the camera steady. I then decided to use my Brompton as a makeshift tripod/support. The Brompton bicycle is more than just a clever form of personal transport!

Trellick Tower video on a Brompton