Saturday outside Liverpool Street Station at 20:00 was the meeting / start point for an all Brompton ride with the simple remit of crossing over a few of the bridges in London that span the river Thames.

From NW8 my route to Liverpool Street on quieter roads would be about 6 miles. I had decided to take my Orange, Black Special Edition out for a spin and glad that I was to give it a recreational outing, rather than it usual workhorse role. I arrived in good time and said hello to a few familiar faces and to some new ones. 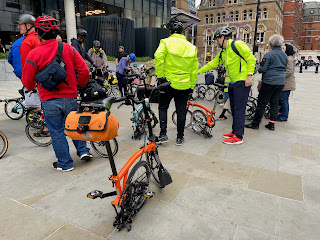 We set off pretty promptly and headed into fairly quiet streets. I have always said that being in a Brompton peloton is quite a thing and this day was no exception. There were over 20 riders and even a few with orange coloured bikes - always a welcome bonus. 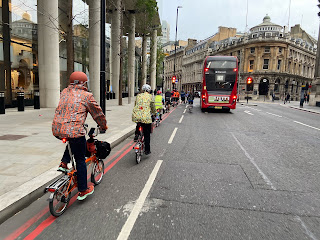 Our first real stop was at Tower Bridge near St Katherine's dock. Many - like me - used the famous landmark as a suitable background for a photo of their Brompton. It really is a thing and if you out there reading this and have a Brompton, I am sure that you do the same. 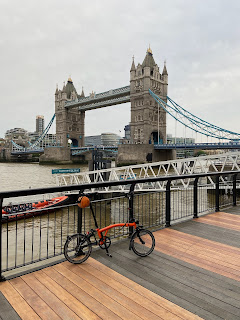 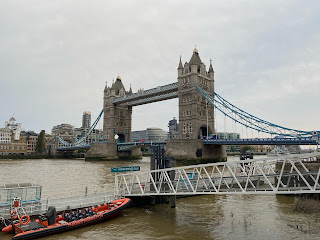 It goes without say that after photographs of Tower Bridge in the background and with this being a bridges ride, we were soon to cycle over Tower Bridge itself. 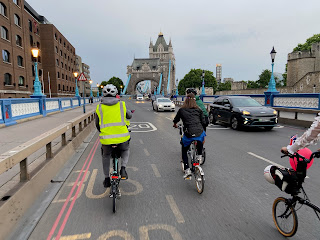 The sun took its time to set and depending on what direction you looked, the sky was still quite blue or turning different hues of yellow and orange. It was all rather pretty.
Next on the list was London Bridge with some rather lovely views of the city of London skyline as you travel north over the Thames. 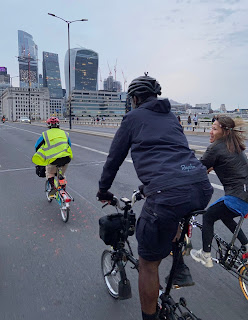 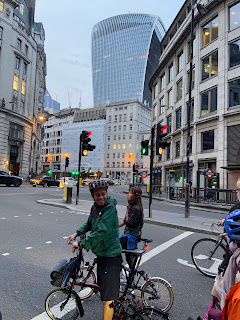 Not far away from London Bridge, Southwark Bridge offers equally good views. Some rather good view of the Shard can be had - assuming you like that building of course. 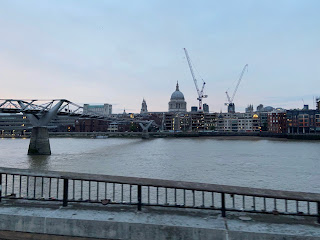 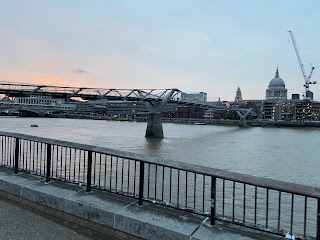 Once over to the south side of the Thames again we arrived at Southbank passing the Globe Theatre, Tate Modern on the way. 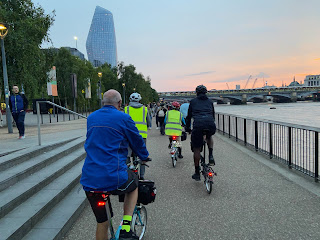 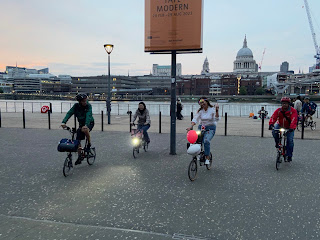 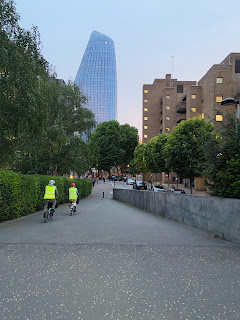 At certain points the sky looked quite wonderful as the sun seemed to be making more of an effort to set. 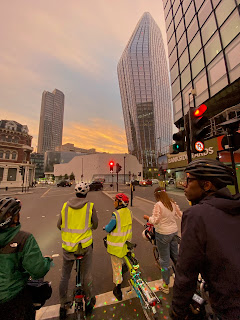 Our next bridge, Blackfriars, provided even better skies and induced many of us to dismount and take more photos. Well, it has to be done! 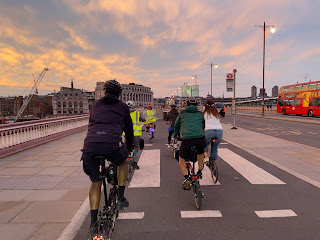 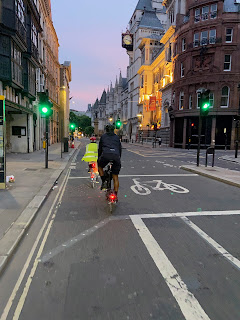 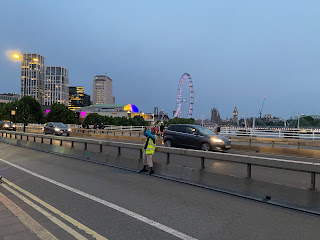 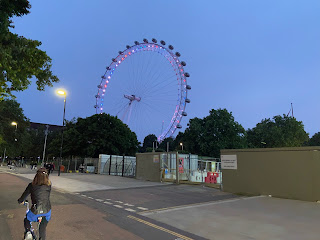 One of the last bridges we cycled across was Westminster Bridge. In the distance the Houses of Parliament were lit up in red, white and blue in honour of the Jubilee celebrations that had and were still taking place. 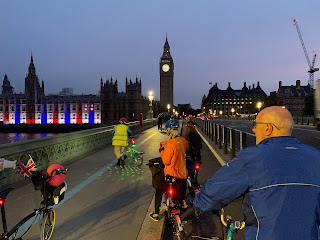 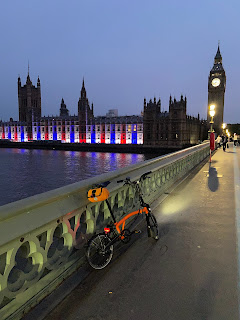 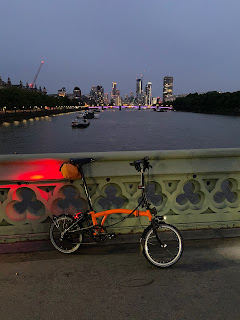 Our penultimate bridge, Battersea, brought us to the end of the ride in the view of Battersea Power Station. 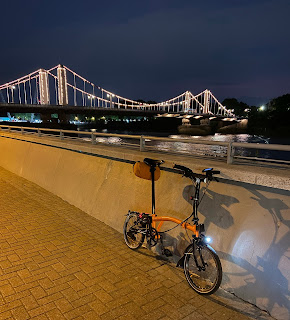 This entire area has been transformed greatly and all but unrecognisable from what it was a few years ago. It was pretty much a derelict building with no access (apart from a lucky few once every few years who managed to secure an hour slot to take some photos). 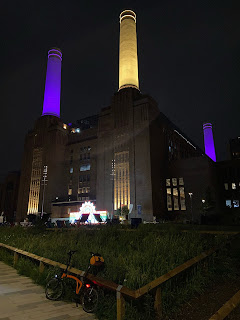 After a group photo (or two) some said their goodbyes while a few of us followed Jenny, our ride leader, back to Marble Arch. 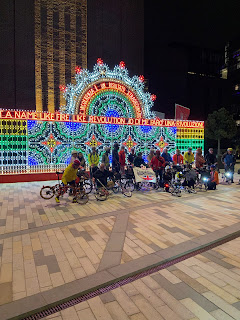 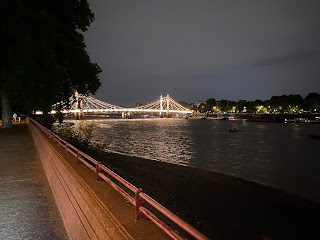 We cycled through Battersea Park before heading across the always lovely Albert Bridge. At Marble Arch, I said my goodbyes and cycled as far as the borders of NW8 with a first time Brompton Club rider, who thoroughly enjoyed his first outing.

I really enjoyed this ride and after a busy week with lots going on, it was exactly what was needed. There is nothing like a Brompton group ride. In many ways I feel sorry for our roadie cousins as I cannot believe they have half as much fun as we do.

Many thanks to Jenny for leading the ride and to the lovely Brompton peeps who went on the ride.

Until next time, stay safe out there people.