Today was a Car Free Day in London - well part of it - and as there was a Brompton ride with some familiar faces not seen in a while I decided to brace the elements and attend.

I set off in good time for the 09:15 meet time and as I cycled through Hyde Park the heavens opened (of all of about three minutes) and the bits of me not covered by my boil in the bag lightweight rain jacket was soaked.

As I neared Hyde Park Corner a cyclist asked for some directions. He wanted to go round the large roundabout rather than through Wellington Arch - the safe way. I did tell him that even at this early time of the morning it can be a little like tackling the North Face of the Eiger in a pair of espadrilles. He didn't listen and several beeps, shouts of expletives and then him riding up next to me as I waited at the lights after passing through Wellington Arch, told me I might go been right!

I arrived at the meet-up point, Kings Cross in good time and saw the familiar sight of my partner in crime, Andrew already there. With him was Chris B not seen in ages, Guy and Chris M. Not too long after that our ride leader and mile monster Jenny arrived. 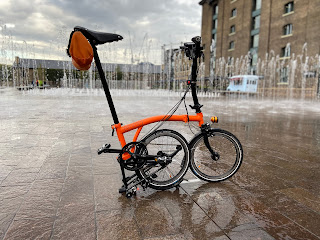 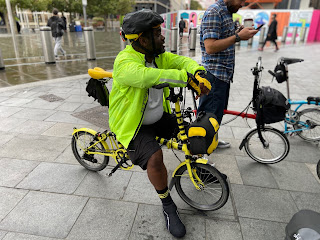 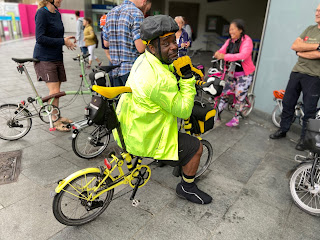 We set off at about 09:20 heading towards Tooley Street near London Bridge. The rain was around for a short while and then things turned out rather nice and the sun obligingly came out. 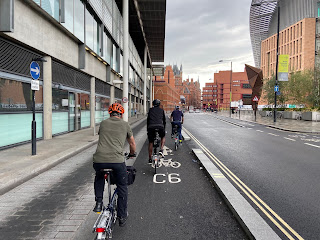 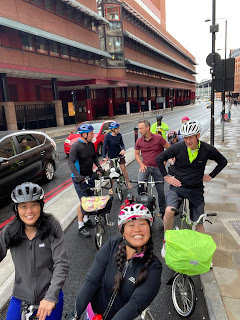 Short rides of only a few miles are not really something I do very often now. I am more attracted to something longer and possibly with the odd hill here and there. I do however love rides like this where lots of Brompton riders are out in force. It again made me wonder whether I am missing out on excluding myself from them? 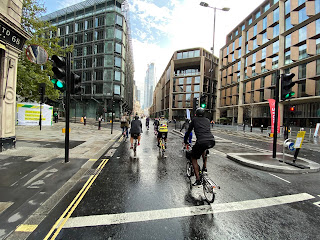 As we cycled along I chatted to some of the old crew and it was great to catch with them. We have to some extent, almost like a very successful rock group of old, gone our separate ways to work on solo projects. Despite this however, when we are back together it is like  old times. 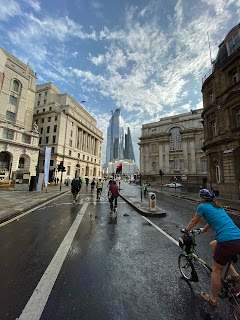 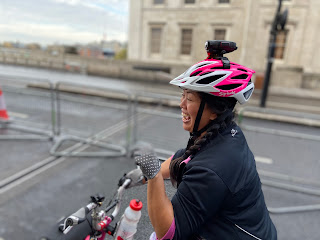 We arrived at the Galleria opposite London Bridge Station and headed for a cafe that the lovely peeps at Brompton HQ had provided a complementary tea, coffee or whatever took your fancy. Thank you Brompton. 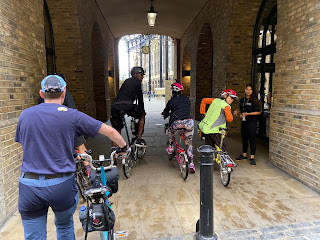 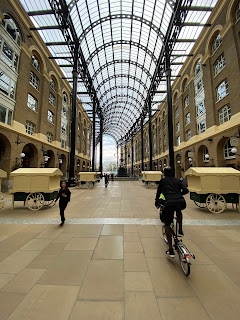 Andrew and I caught up with each other about what had been going on and as usual made provisional plans for a ride or two in the not too distant. 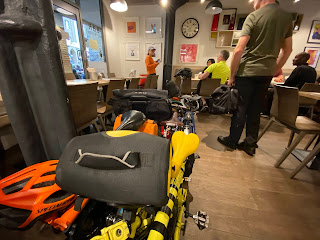 After a while the final members of the old group - David and Anne - arrived and it was lovely to see them again and catch up. Anne showed me some of the photos she has taken and they were stunners. It made me think that I really do need to get the big camera out and about again! 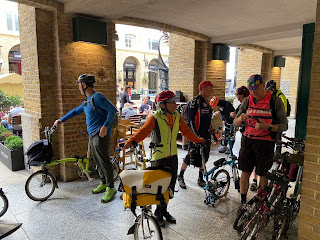 With my coffee and a particularly good maple syrup and pancakes eaten we headed off to the Brompton stand that was part of the Car Free London. 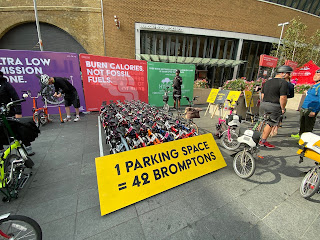 A single parking space occupied by 42 Brompton bicycles certainly made one think. 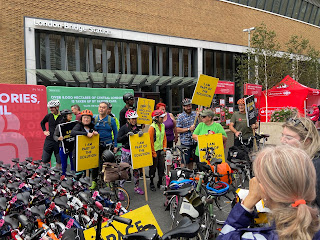 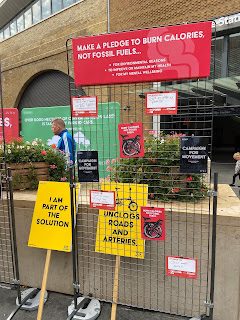 With some many Brompton riders around there were several photo opportunities and we were organised into various formations that the Red Arrows would have been proud of. 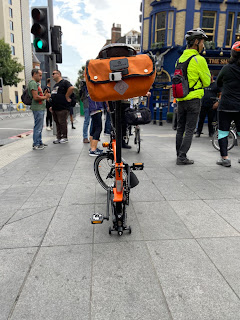 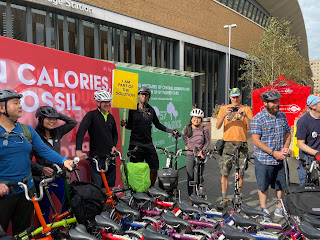 After the Brompton stand we headed off toward Covent Garden and the Brompton Junction store. Some members of Brompton staff were going to lead us to their other store in Westfield Shopping Centre. 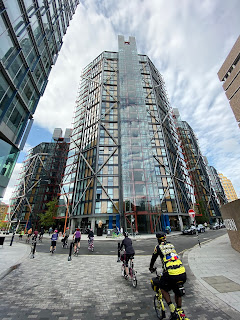 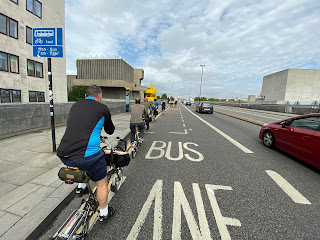 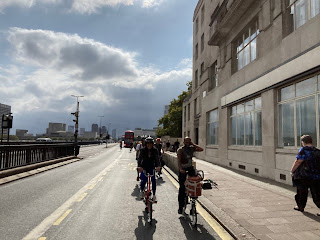 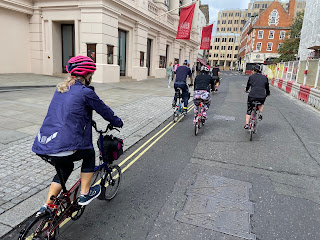 After chewing the fat for a while I decided to call it a day, said my goodbyes and headed off. 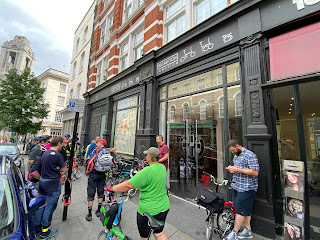 It was a lovely way to spend a few hours and even better to catch up with some of the members of the old firm. Hopefully it won't be as long before we do something like this again... 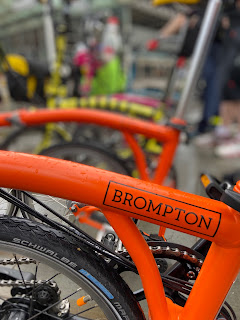