34 miles on a Brompton fly by

The other day I was meeting a relative outside where he works in the buildings near St. James's Palace and as it was a lovely day I decided to take the scenic route. This would involve a 17 mile cycle ride.

Part of my route involved cycling on the Grand Union Canal. As I passed over a major road I could not help but be a little smug at seeing the lines of cars going nowhere, while I glided along at my leisure. I suppose part of the appeal of cycling is the freedom it brings. 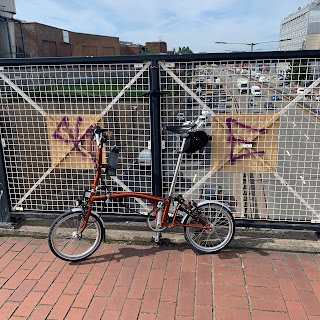 Not long after I was feeling smug, my route turned cyclocross! A tree had fallen over and further along (not shown in the photo below) there was another one down. 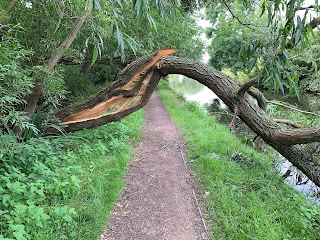 After passing through my old haunt of Notting Hill I arrived at Kensington Gardens. As I cycled along I saw a young teenage girl walking quite happily speaking Russian into her phone. About 2 metres behind her were three rather scary looking gentlemen in suits following attentively in a delta formation, looking with suspicion at me cycling along on my Brompton and anyone else that veered too close to this young lady. 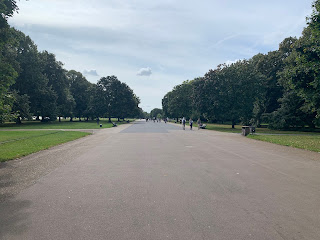 At Horseguards the Household Cavalry were getting ready to change. I cannot think how many times I have seen this over the years but when passing, if I have time I always stay to watch for a few minutes. 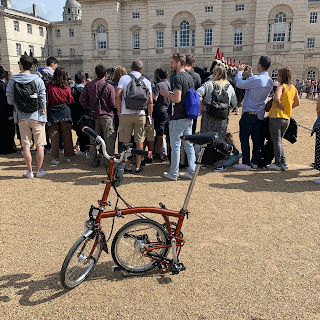 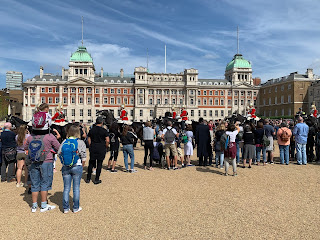 After a spot of luncheon with my relative as the day still looked lovely I decided the best thing to do was to cycle back a slightly different but equally scenic way.

Just off the Bayswater Road I past the building where Spike Milligan - I think - once lived and Eric Sykes used to have an office. Eric Sykes was a comedian, actor, writer and director. I recall walking up this street in my childhood/youth and always remember him being the most miserable of people every time I set eyes on him. 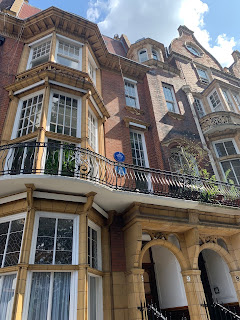 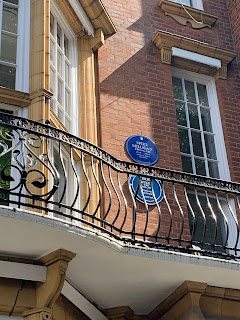 When cycling along in London you often pass locations you might not have been to for ages but have significantly changed. The properties on the street below used to be single dwellings with one family living there. Now they are all converted into several flats. 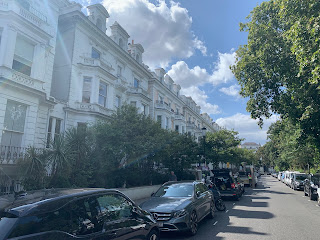 This is the beauty of a Brompton. Ride as much as you fancy and if the weather or inclination takes you, there is always the option of other forms of transport.
at September 15, 2019