Friday marked the end of the long wait from October last year for the season of night rides to the coast to start again. This one was the classic London to Southend.

The proceeding week was a bit of a blur and very busy. This meant that thoughts of night rides to the coast were put to one side until more or less close of play on Friday.

Sticking my head out the front door ten minutes before leaving to see what the weather was like (my preferred method for weather forecasting) I could see that out was raining lightly. Heading off I took the short tube journey to the start point in central London. En route I passed the old meeting point - Hyde Park Corner - and could not help but get a sense of excitement about what was to come and a pang of nostalgia for all the rides that had started from this location as I cycled under Wellington Arch. 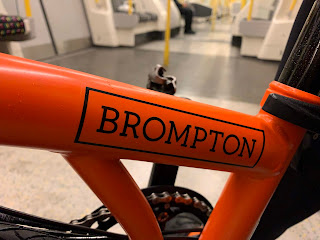 When I arrived near the Royal Festival Hall Dr John and Geoff were already there - both on big wheels. It was good to catch up and that we would be cycling together for another nocturnal adventure. 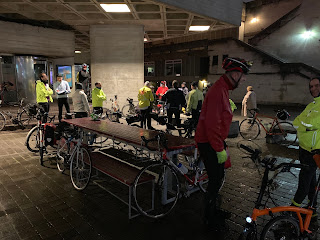 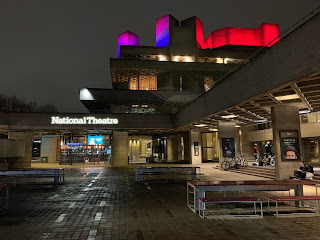 Our ride leader was the gentleman that is, Bob. After a brief set of instructions and the always welcome interactive guidance for signals that included: left, right, stopping, bollards and bungalows (don't ask about bungalows) we were off at the stroke of midnight. 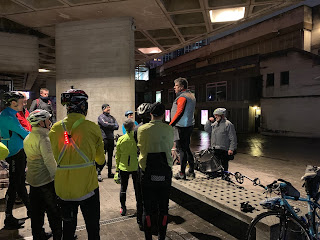 For this year I want to go back to my roots as it were and have decided to do as many of these rides as is practically possible on my Brompton. Knowing that I was going to have to carry my own food and more substantial waterproof jacket, I decided to take my larger Carradice saddlebag. This worked out rather well and I can see me repeat this setup when attempting the Dunwich Dynamo in the summer. 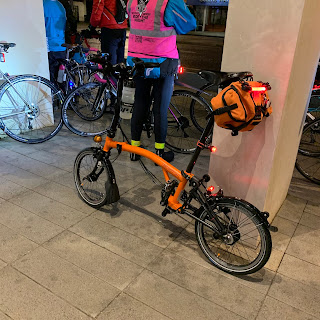 The weather was changeable throughout the ride. The rain fell consistently for the first few hours but it was not that heavy or a problem. We also had luck on our side for most of the ride with regards the tailwind, which although strong at times, was not a headwind all the way.

The first half of the ride was fairly flat and we cycled at a nice conversational pace. This suited me fine after the last few weeks of Audax rides. 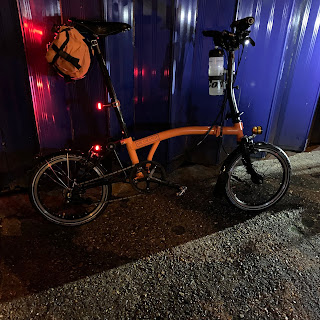 There were fortunately few punctures or mechanicals so the ride progressed well. As always the front pack stopped every few miles so that the tail could catch up and when the words 'all up!' were shouted out by the Tail End Charlies, we were all off again. 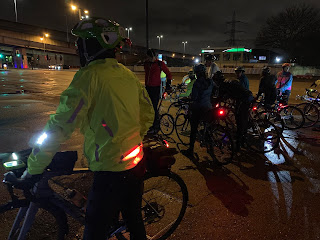 At roughly 25 miles we reached the services at Junction 31. This provided sanctuary from the slight chill - mainly due to the strong winds - but little in the way of refreshments. There was almost nothing open but a Costa and one poor, lone barristar was for about 25 minutes worked off his feet as a stream of cyclists ordered various hot beverages.

I ate the sandwiches and small cake I had brought with me and found it hard to stop yawning and keeping my eyes open, my body obviously protesting at being kept up at this ungodly hour.

When 05:00 arrived we headed out for the second half. As is often the case, I felt the cold a little and cycled purposefully for the next few miles as a way of warming up. In next to no time I felt fine again, with the chill being left behind. 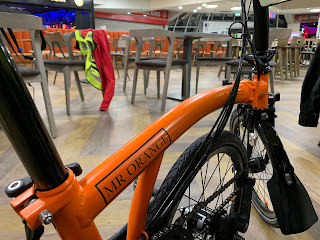 The second half of the ride was at a slightly quicker pace as we pressed for Southend. I enjoyed the long stretches where red lights could be seen in the distance and for several minutes I was alone in my own thoughts. Saturday morning would have been my late dads birthday and I found it hard to believe that it had been three years since he passed away. In fact I remembered back to that time when I went on one of these rides to Southend only a few days after he passed away, as I felt it would do me some good. It did. I am a firm believer that cycling had many benefits apart from trying to get/maintain fitness. 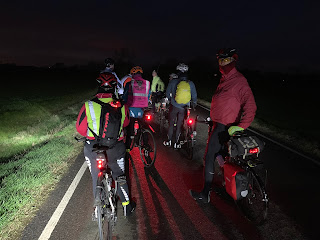 One of the more gleeful moments on these rides is the opportunity to cycle through rolling countryside, where all is calm in that transition into dawn. Apart from the noise the bicycle makes the only other sounds are the many birds singing away almost announcing that a new day has begun. 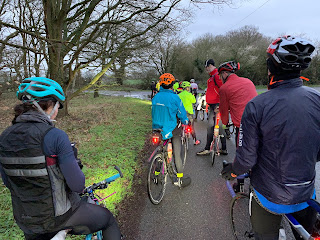 The second half also featured a few more hills but these were quite tame and not really anything too exerting. With all the wet on the road from the rain I could hear that the chain of my Brompton was filthy and I made a mental note to clean my bike at some point during the remainder of the weekend. 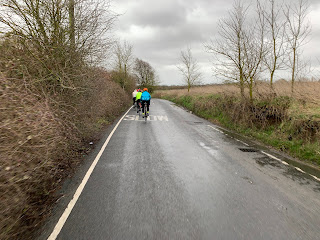 At Rayleigh we ascended our last hill and the back of the ride was well and truly broken. Surprisingly  there were lots of cars about for this time of the day and sadly many drivers were impatient and not prepared to give a great deal of room to go around anyone. A shame really. 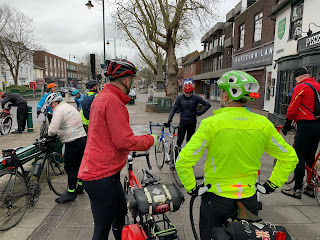 As we approached Southend the famous 1.34 mile-long pier came into view. It was about 08:40 and I knew that I could not stay for breakfast as I needed to be back home for another engagement. 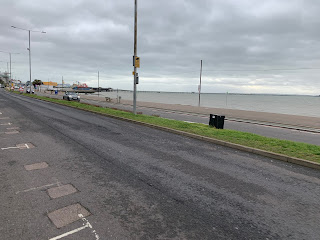 Ascending the very steep hill on the way to Southend Central I took one last photograph. This had been a very enjoyable ride covering 62.6 miles. Many thanks to Bob for leading, to the Tail End Charlies and to the always welcome company of Dr John and Geoff. 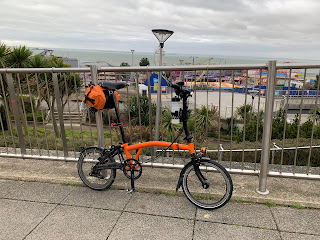 Getting the 09:03 train I arrived back at Fenchurch Street station at just after 10:00 and was to arrive back at home just before 11:00 so all rather good. As the train got busier the closer we got to London, I was glad my Orange Brompton could fold and take up hardly any space at all. 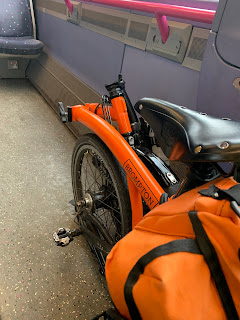 This was a great start to the season of night rides to the coast. The next official ride is to Whitstable - a particular favourite of mine - in just under four weeks time. I look forward to that one greatly. I hope to be able to do something before this date, which at the moment is looking very likely. Until then, watch this space. 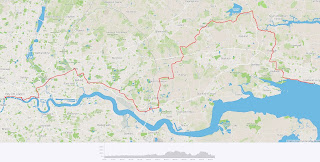