It was only as far back as 24th February that I completed my first ever Audax. If you have read my blog post for that event CLICK HERE you will have read that I was unsure as two whether or not I would do another Audax. Well, zoom forward to yesterday and I found myself taking part in a shorter event that if anything was harder!

The event on question was the 101km 'Kennet Valley Audax.' It was organised by fellow Bromptonian and gentleman that is, Bob. With the start location at Grazeley Village Hall, near Reading, I got in the car and drove there bright and early. I made very good time and eventually found my way to the start location. The village hall was a hive of activity with lots of people having some refreshment before the 101km event started at 9:00 a.m.

I signed in and said hello to Bob who was busy getting other riders ready for the big off. Dr John was already there on on the ballet barre doing his stretching. Also there as a volunteer for the day was Daniel, another fellow Bromptonian. I had not seen him for ages and it was good to catch up. 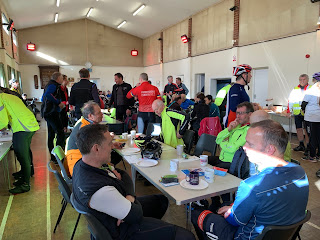 With the start time drawing near, Bob marched us outside where we were given brief instructions. At 9:00 a.m. sharp we were off in excited pelotons. Dr John and I were the only people foolhardy brave enough to participate on Brompton bicycles! 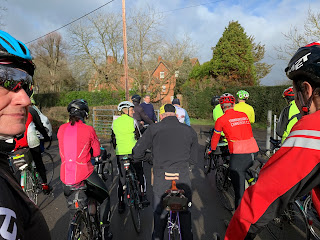 We set a good early pace and didn't really want to go hell for leather. We had to complete the ride (including any stops) by 4:30 p.m. Our aim was to stop a little as possible and do so when we wanted some fuel, water or a stretch in Dr John's case.

My normal photographing of just about everything that moves and does not move had to be restrained. The only photos I took where when we had stopped somewhere. At one location we stopped for a snack, I saw a 'Huf Haus' almost complete. It was on an extremely good plot and will certainly look lovely when complete. 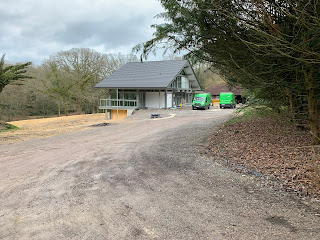 The last Audax had a killer hill and had an overall elevation gain of 2,631 ft. This ride didn't have a particularly major hill to ascend but it did have an overall evaluation gain of 3,717 ft. This was felt! The ride was never truly flat, with lots of ups and downs.

Somewhere before the halfway point I saw my front dynamo light hanging and knew that this meant the bracket had sheared off...again! I don't know how many times this has happened but I would say this might be the 8th time. I did actually have a spare bracket in my saddlebag - they are that unreliable - but as it was not a night ride I simply taped it to the mudguard and carried on.

Up until the halfway control at Hungerford roughly 29 miles there was a strong headwind pretty much all the way. This made things hard going at times. At one point near Hungerford after cycling over a cattle grid, a gust of wind almost brought me to a halt.

Hungerford was a lovely little town. We got our Audax cards stamped at the official control in a cafe that was filled with other riders. Dr John and I walked our bikes up the high street to find somewhere else. We chanced upon a great little place that sold, sandwiches, cakes and hot drinks. With one of each purchased I consumed them with enthusiasm. 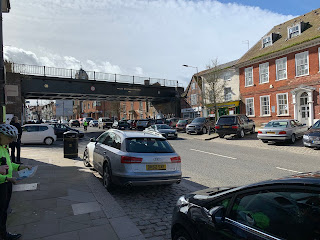 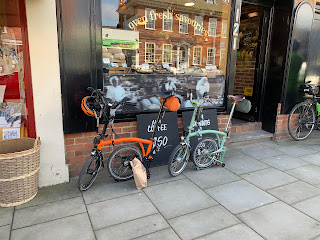 With our comestibles finished we set off for the last half of the ride. We had hoped that as we had ridden into a headwind for all of the first half, the second half might have it at our backs. We didn't experience that but the wind certainly seemed to subside slightly.

The countryside on the entire route was beautiful. Quaint villages came and went and it was all very pleasant cycling through it. At the location below I decided to take the front dynamo light off altogether as it was rattling away and making an annoying noise. As the scene before me was so lovely I took the view that it was the best place to do this. 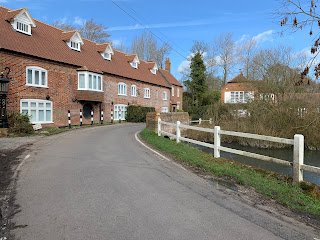 There seemed to be even more ups and downs for the second half. Again, nothing overly challenging, just lots of it. On the last ride we both experienced quite severe cramp after the ride and not wanting to have a repeat performance, neither of us were taking chances. We took on more fluids that before and Dr John was seen almost limbering up for his solo in Swan Lake when the mood took him. 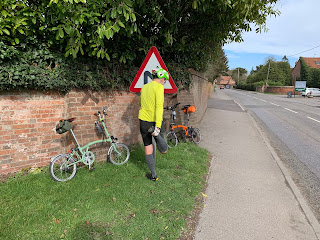 The last few miles were great. Again the scenery was English countryside at its best and it flattened out slightly. Grazeley Village Hall came upon us rather unexpectedly as a result. We had done it. We stepped inside to get our Audax cards stamped and my second Audax was complete. 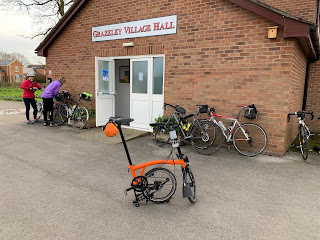 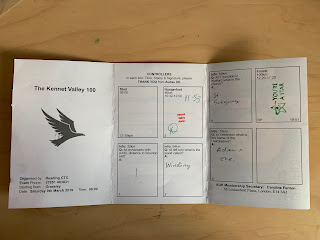 Dr John stayed back a while to have a cup of tea and rest his legs before cycling back to his car. I decided to say my goodbyes, get to the car and head for home. Many thanks to Dr John for his company and Bob for the organisation and a great route. 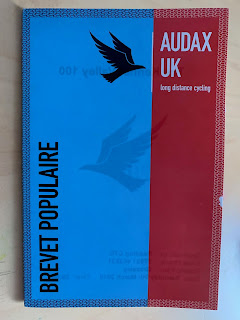 I really enjoyed this ride. It was hard work and in many ways more demanding than the previous Audax. We averaged about 12 mph which considering the headwind for the first half and the ups and downs of the route, is pretty good going I think. The scenery was incredible and it would make a lovely ride in its own right. I don't have any more audax rides planned for the moment but if I can convince Dr John to do another, I am sure we will.

I will see Dr John and Bob next Friday when the season of night rides to the coast begin again, this time to Southend. 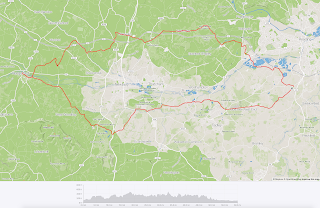