The Criminals of London Ride

Yesterday, to break up my efforts for the Rapha 500, I took part in an interesting ride that than the theme of the criminals of London. The meeting point was the tried and tested outside the National Theatre. Wheels were to roll at noon sharp but I had totally misjudged my timings and had to frantically cycle about six miles in very limited time to get there. I arrived fashionably late by a couple of minutes but luckily the pack had not left. Saying hello to a few familiar faces we set off.

Our ride leader was Bob and the first stop was the building of New Scotland Yard. There have been a number of locations for this but it is now the Curtis Street Building on the Victoria Embankment. 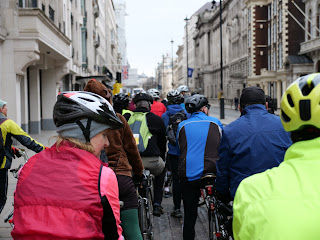 The next stop was near the former Libyan embassy where on 17th April 1984,  PC Yvonne Fletcher was fatally wounded by a shot fired from the embassy. A very sad day to say the least. 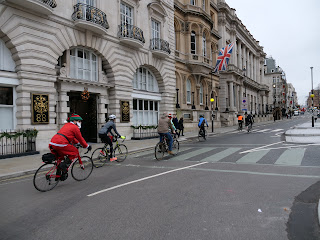 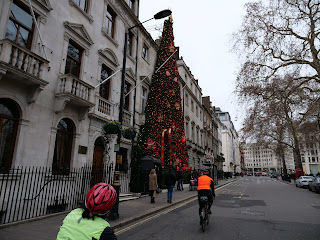 Next was a location where a Russian exile was alleged to have been poisoned with a radioactive substance, subsequently dying not long after. 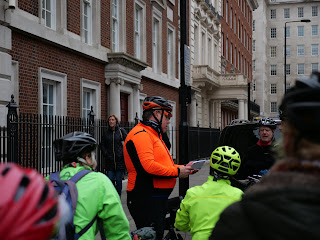 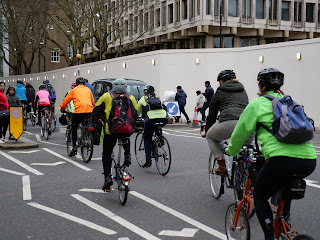 Next was the former Iranian Embassy where in may 1980 dramatic scenes were played out and viewed by millions on television. After stalled negotiations The Special Air Service were given the all clear to storm the building. 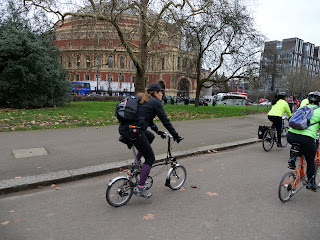 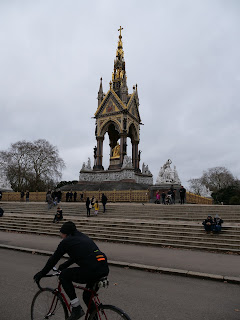 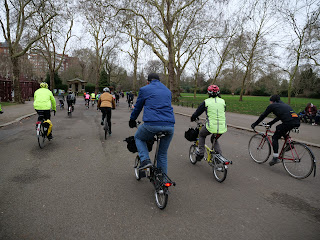 The next location - 70 Gloucester Road was where John Haigh, commonly known as the acid bath murder, tried to dispose of his victims in drums of acid.

Not too far away was the house owned by BBC presenter Jill Dando who was shot in the head as she entered her house on the morning of 26th April 1999. 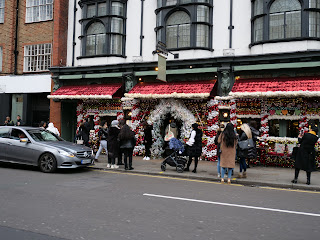 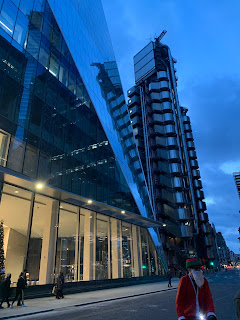 The penultimate location was where Sidney Street once stood. In 1911 the Siege of Sidney Street involved a gunfight between two Latvian revolutionaries, the police and later the army. It was the first siege in Britain to be captured on camera and some of the footage included the then Home Secretary, Winston Churchill. 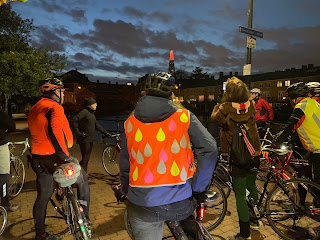 The final destination was Blackfriars Bridge where on 18th June 1982 Roberto Calvi, an Italian banker who had fled Italy was found having under Blackfriars bridge with his clothing stuffed with bricks.


As we cycled along I saw lots of locations where even more gruesome goings on took place that were not covered in this ride. London - like many major cities I suppose - has lots of dark secrets, if you look hard enough.

This was a very enjoyable ride and it was great to see some old faces. I particularly enjoyed riding and chatting to Jenny - The Mile Monster and tried to enlist her in to some rides planned for next year. Many thanks to Bob for leading the ride.

2019 is not far away. In all I cycled 45 miles for this ride if you include cycling there, the actual ride and the ride back. This means that I only have about 25 miles to go for the Rapha 500 and I hope to get this done tomorrow. Watch out for my blog post on that!