It has been quite a while since I did a Christmas Lights Ride on a Brompton. With December particularly mild, I fancied taking the Brompton and my camera out for a poodle around London to capture the Christmas Lights. I asked a few friends, David and Anne were free, along with Chris.  The meet point was the London Eye at 23:30 on Friday 21st December. 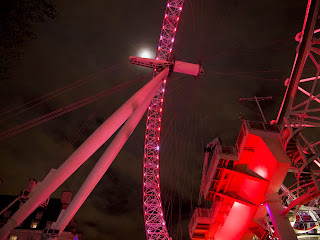 As I set off there were a few spots of rain followed by some heavier stuff. Consulting lots of weather apps informed me that it was not going to last long. 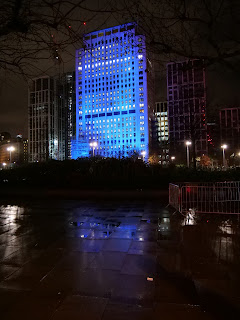 It was great to see Anne and David and the last time we did see each other was back in February for the Lumiere and Canary Wharf lights event. 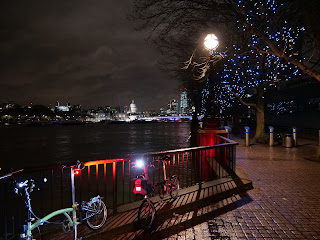 We had all decided that we would cycle until about 03:00 a.m. as we all had other commitments on Saturday and in three hours we would be able to cover pretty much all the best bits of the Christmas Lights. 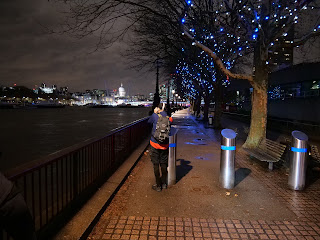 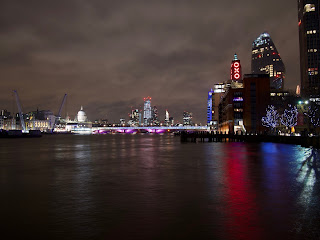 London - as always - looked rather stunning in its nocturnal guise and yet again never fails to disappoint. All the lights and decorations were in many ways a bonus. 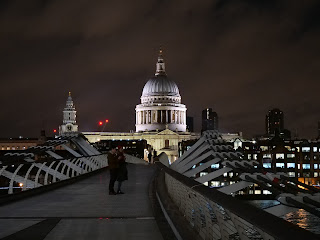 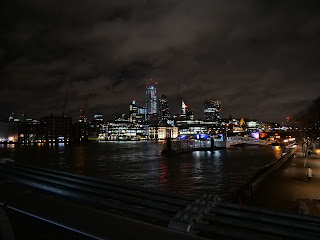 As we progressed we were never too far away from people who had been out at the office party or just having a night out. Electric cars stopped on double yellow lines for occupants open a door and throw up on to the side of the road. Others tottered as they walked - often held up by more sober colleagues and over-zealous bouncers, with a short fuse had had enough. Christmas! 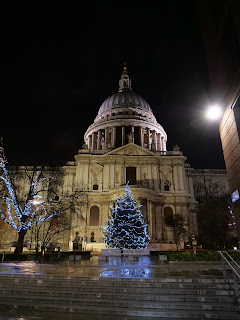 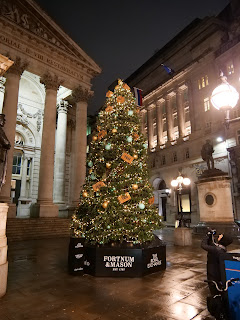 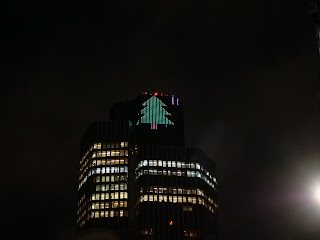 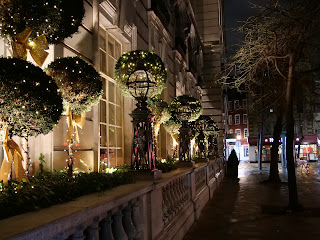 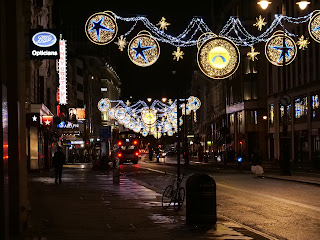 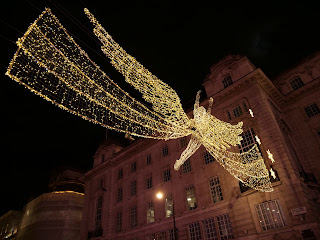 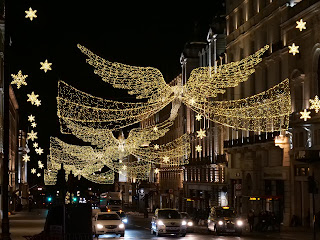 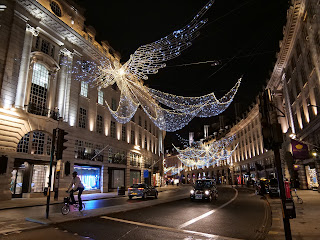 Halfway up Regent Street we nipped across the road, heading to Carnaby Street. The shops were of course closed but it was still packed with people going in and out of clubs. 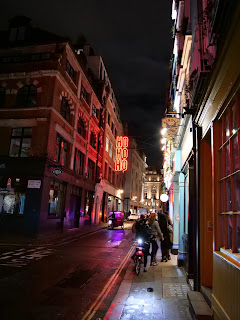 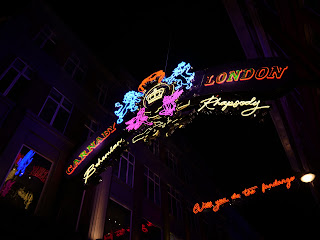 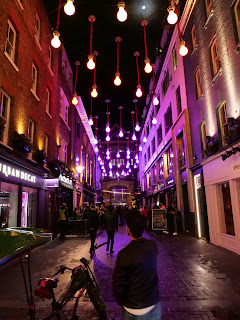 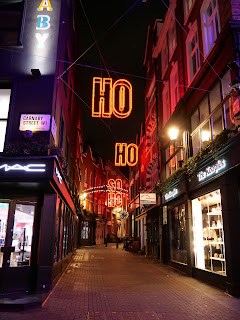 With Regent Street done we headed to Oxford Street, which if anything was quieter than anywhere we had been so far. 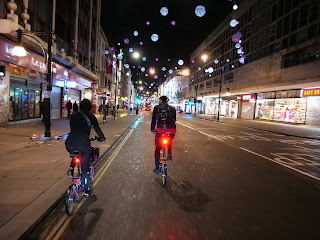 The Christmas Display on South Molton Street has not changed in several years but still looks good and always asking for lots of photos to be taken. 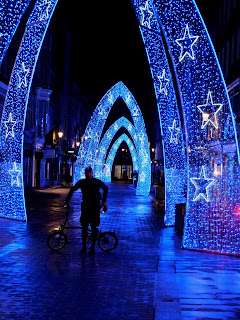 Our final port of call was New Bond Street and Piccadilly. Peering through the iron gates with managed to take lots of photos of the several arcades that frequent that area. 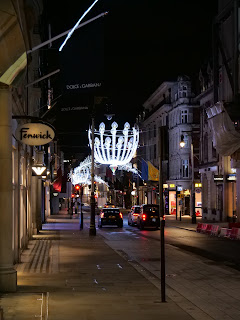 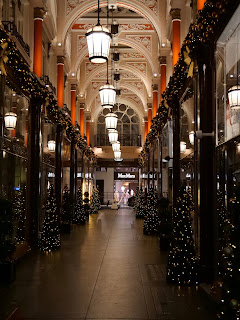 With the time approaching 03:00 a.m. we called it a day as we had seen pretty much all we wanted. Saying our goodbyes we all headed in different directions. Many thanks to Anne, David and Chris for their company.

I cycled along Piccadilly towards Hyde Park and managed to reach home before 03:25 a.m. which I was rather pleased with. In a few days time I hope to start clocking up the miles for the 'Rapha 500' and I will almost certainly clock most of my miles in and around Central London.

Below is a link to a video. I managed to shoot this in 4K so try and watch in that quality if you are able. Hope your enjoy it.