On the evening of 1st September I set off for another nocturnal adventure to Felpham, near Bognor Regis. At least that was what was planned. The reality proved to be somewhat different.

I was - for reasons that I will not go into - pretty sure that I would have to take my Orange Brompton rather than my Condor road bike but I ended up taking my road bike after all.

The meeting point was the South Bank and before I got there I decided to take a few photos of the area around St Paul's and the Millennium Bridge. 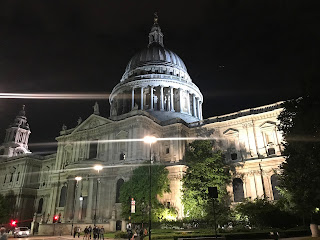 When I arrived I was soon joined by Dr John and Geoff. Soon there after lots of other participants started to filter in, some familiar faces and some new. 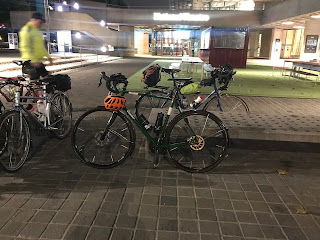 Out ride leader was Adam, who has done so on a few previous rides. After the safety talk we busied ourselves with the task of getting ready for the off as close to midnight as humanly possible. 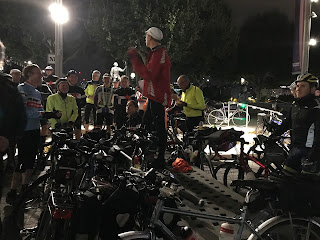 We set off just after the allotted hour into a changeable night as far as the weather was concerned. It was one of those in-between sort of nights where one didn't really know whether to put more layers on or wear less. 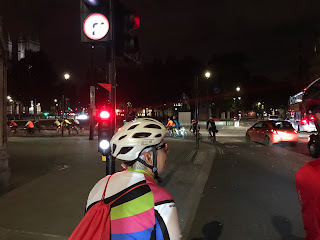 The progressed well and we reached Clapham Common where on previous sojourns we had seen - and heard - several people chanting Hare Krishna, a couple having a heated argument and several rabid dogs trying to half kill each other. 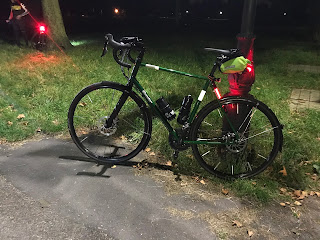 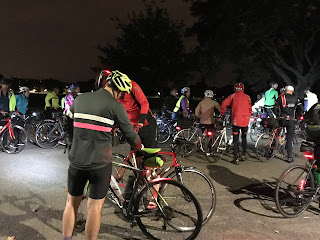 As always, when required to we stopped and regrouped as and when required. At one such spot we stopped at a 24-hour petrol station that happened to have a Marks and Spencer food section and more importantly, still open. Now despite the fact that we were stopping at 'The Cabin' a location famed for  its cuisine, I decided to buy a BLT sandwich while the opportunity arose.

At about 03:30 in the a.m. we arrived at The Cabin and I decided to stay outside with a few other participants who had brought their own tuck. The early morning proved to be quite chilly at times and I decided to put on a light rain jacket until we got going again and I warmed up. 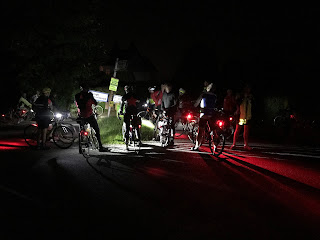 As we departed from The Cabin dawn was trying to put in an appearance but was not quite there. The initial miles were as predicted chilly and I was glad of the extra layer. 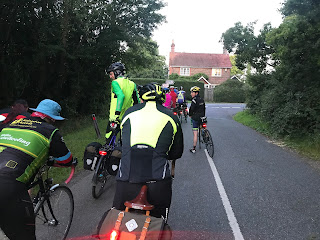 The countryside at this time of the morning is always quite stunning and as we stopped to regroup you could see beams of light making fingers through the trees. 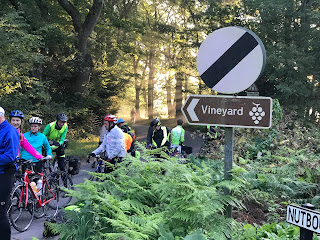 Not too far from Arundel our route took us on what can only be described as cyclocross. Now I had been on this route before when Simon - the founder of this fine group of cyclists - took us there on a previous London to Felpham.  Some participants were wary of this and wanted to take to the road, even though this would mean ascending Bury Hill - which is very busy with traffic and not the best of surfaces.  Thankfully the scenic route was the only route on option.

We had to negotiate several stiles and hold bike aloft while going through. There was a great deal of teamwork involved and everyone got through quite happily. It has been a long time since I used the Countryside Code but I feel that it was needed here. 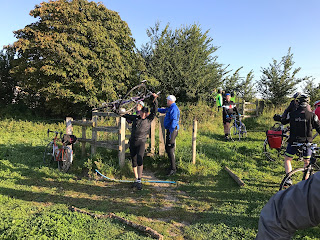 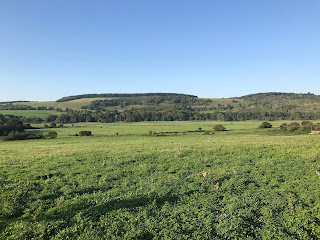 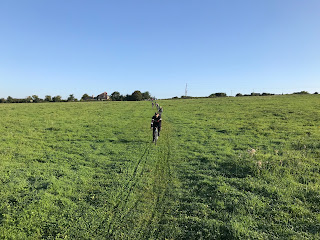 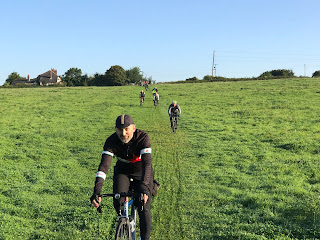 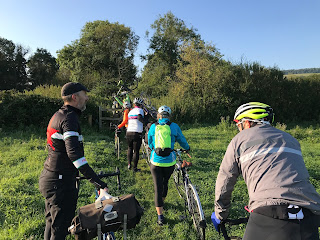 The next stage in proceedings involved traversing a wooden suspension-type bridge. The version that I will recall to the Orangettes at home, is that it spanned a chasm the like of which no-one has ever seen before...because everyone who crossed it previously was too scared to look! 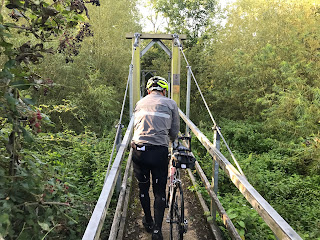 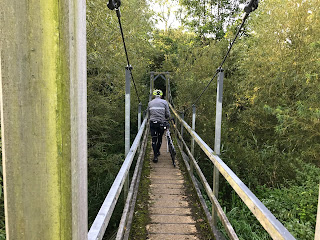 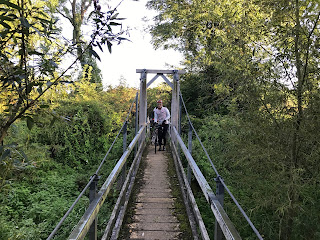 The views were stunning and another bridge that spanned the the river Arun - I think. 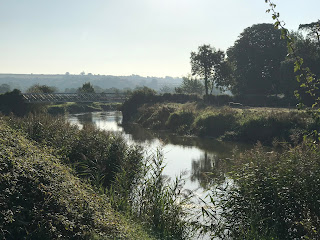 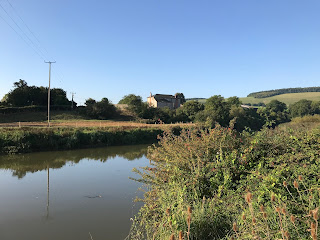 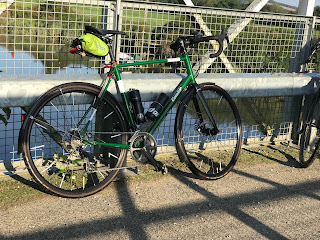 Once on the bridge we waited for the rest of the group to assemble while the rest of us took photos, foraged for blackberries and generally had a chit-chat. 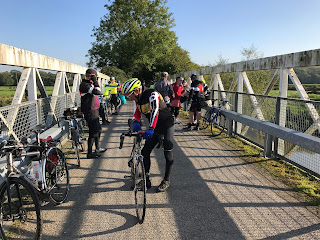 At Arundel, not too far from the train station of the same name it was approaching 09:00. The ride had taken a little longer than expected to reach this point and I had less than a minute to decide whether to head for Arundel station and get the train back to London or continue for the remaining 9 or so mile and get the train from Bognor Regis even later. I opted for Arundel and knowing that I only had minutes to spare I told the TECs that I was bailing and cycled hard to try and get my train.

I only just made it and once aboard fired off a text to Geoff and Dr John as I they had set off when I was still deciding on what to do. The train was packed and when it reached Gatwick it was like a rush hour tube! Getting off at Clapham Junction I made it to another connecting train, getting home in pretty good time. 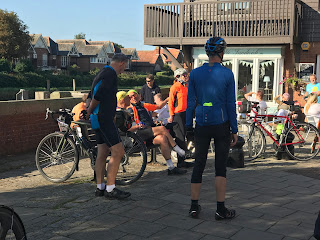 In all I cycled 60 miles and despite not completing the entire ride I thoroughly enjoyed it.  There is only one more of this type of ride left this year which will be to Brighton at the start of October. I already look forward to it!
at September 17, 2017