One Brompton Spanner to rule them all?!

On the recent London to Cambridge recee ride you may have read that one of the participants, Simon had a quite spectacular puncture. In order to take off his front wheel he used a spanner the like of which I had not seen before. Enquiring where he got it from, I simply had to have one for myself.

Now you lot out there are probably thinking, wait a minute there is nothing new in the 'Ti Parts Workshop' spanner that has an enclosed 15mm at one end and 10mm at the other. I was ignorant that such as thing existed and it would be true to say that when I saw this in action my jaw dropped. (I am easily pleased). 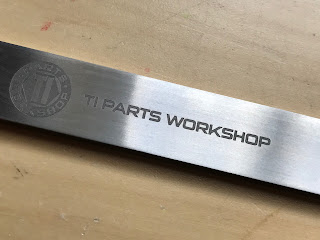 There are a few reasons I was so keen to get one. First it is really light in weight and takes up next to no space. On the sort of rides I go on this is a very bing plus point. Second it has the two spanner parts most useful. The 15mm for getting the wheels off and the 10mm for brakes, suspension block... 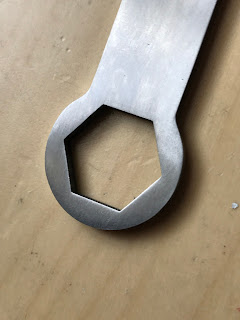 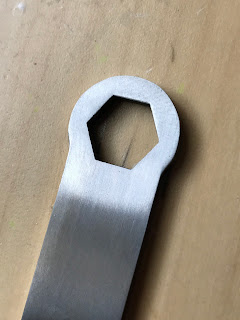 Normally I carry either two small spanners 15mm and 10mm or a box spanner. Either combination take up more room and are heavier. You can probably get this wonder from several shops but I got mine from SJS Cycles for £19.99. 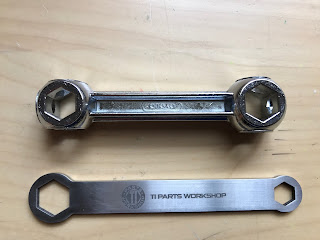