The best thing for a cold? A bike ride!

Yesterday I was supposed to go on the Evans Windsor sportive that I had been looking forward to. Sadly I woke up with a raging head cold that arrived totally unannounced. Not being the sort who takes to his bed, I merely took things easy and didn't go on said sportive.

Rising early I thought I would go off for a little cycle. I didn't have any plan but decided to see where I fancied going once I had arrived in central London.

Initially I rode in Hyde Park and South Kensington but I soon got bored of this and decided to head east. The sun was up and it looked like it would be a lovely day.

I was also out testing a new camera and lens combination and I have to say I was very pleased with the results. This particular combination produces some stunning colours and apart from the odd bit of cropping, I have not altered the photos below in any way. 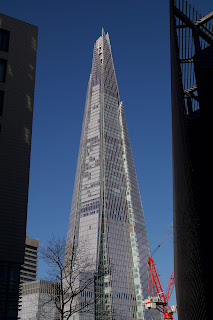 The north side of Tower Bridge where a few hotels are adjacent was awash with people who had either wet the bed, had been kicked out or were merely checking out early. You really have to have a considerably thick skin sometimes with tourists when they enquire about a strange orange bicycle that folds! 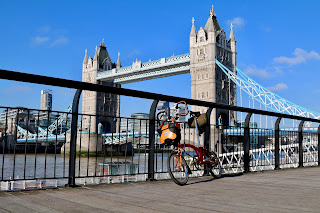 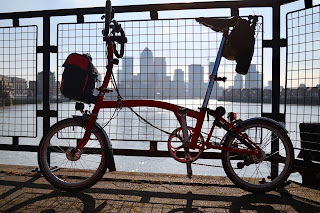 As I cycled further and stopped to take a photo a young lady jogger ran past. This lady was a quite incredible athlete! Her speed and endurance was astonishing. Those who know me will vouch that I more or less have two speeds - fast and stop. Despite this the lady in question was to eventually catch up and jog past me in the Greenwich foot tunnel when I pushed my bike along as cycling was not permitted! 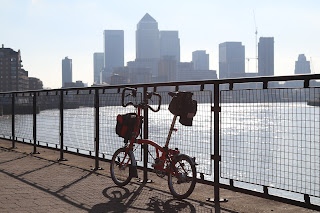 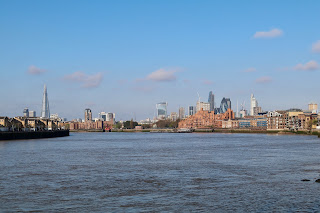 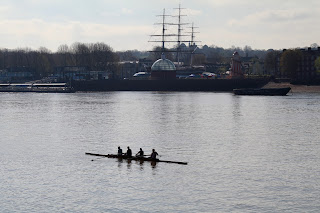 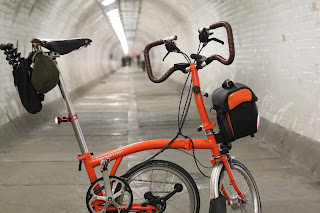 Back outside the brightness of the sun was either illuminating buildings and brining out all sorts of colours or making things totally washed out. 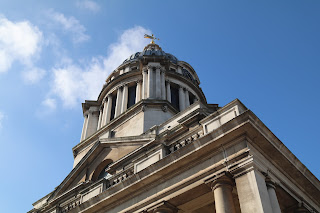 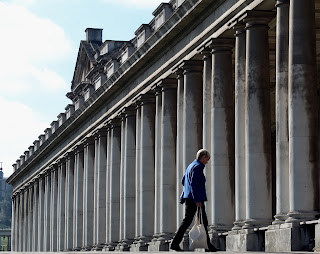 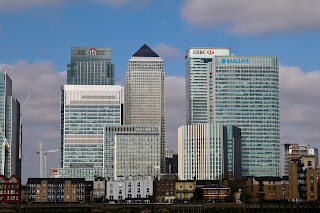 While taking the picture below a man who was unfortunate enough to look just like Justin Lee Collins jogged past. Regardless of whether it was or was not I looked sternly in his general direction. 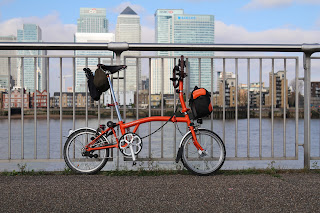 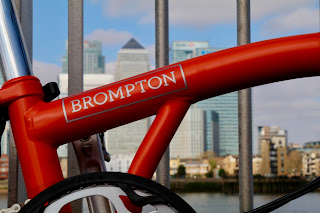 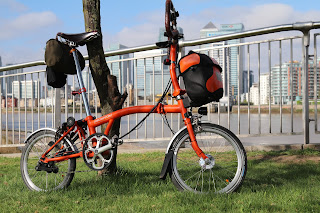 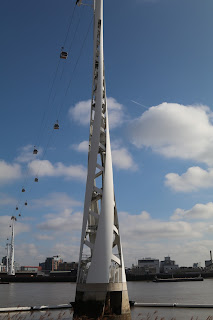 The Skyline looked to be doing a roaring trade and I really hope that it does stay put exactly where it is! 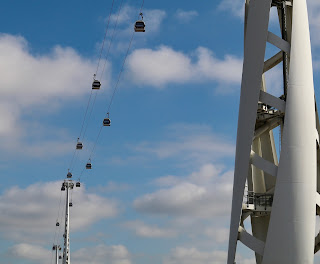 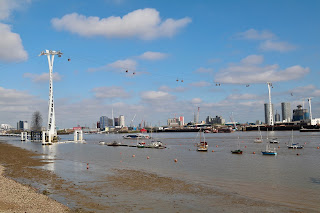 As I cycled along I shared the route with lots of other cyclists. There was one large group heading in the opposite direction and we called out greetings as we cycled past. 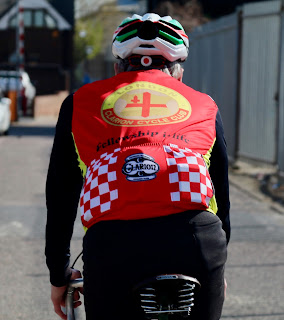 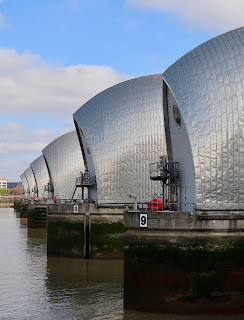 At the Thames Barrier cafe I took some refreshment before heading back to the O2 and North Greenwich tube, which is rather convenient to say the least. 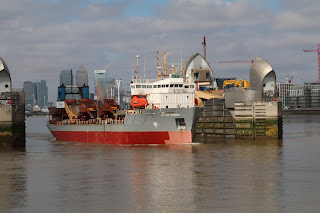 The next few days I have off work and I do plan to go on the odd cycle ride here and there. I will of course be building up to another overnight night ride on Friday to the coast. I look forward to that greatly! 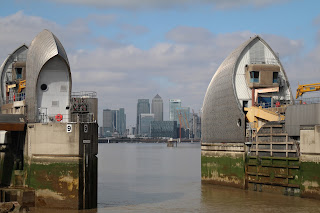