Evans Windsor Sportive on a Brompton

Today was the Evans Cycles Windsor Sportive. Out bright and early I drove to Windsor Racetrack which served as the start/finish of the ride. Many of us had signed up for the 54 mile medium route and I was hoping that I would complete just the 54 miles, having got lost on the last one and adding a few more miles as a result.

When I arrived I saw Chris in her familiar pink and we headed over to the registration area. That done we waited for the others to arrive. We were soon joined by the other participants and in total there were 11 of us and as we assembled the conversations from others taking part on road bikes could be heard. Many speculated as to whether a Brompton could complete such as event. Little did they know!

All riders were given a timing strip to attach to the the side of their helmets. This was more for ensuring all were accounted for, as it was definitely not a race. 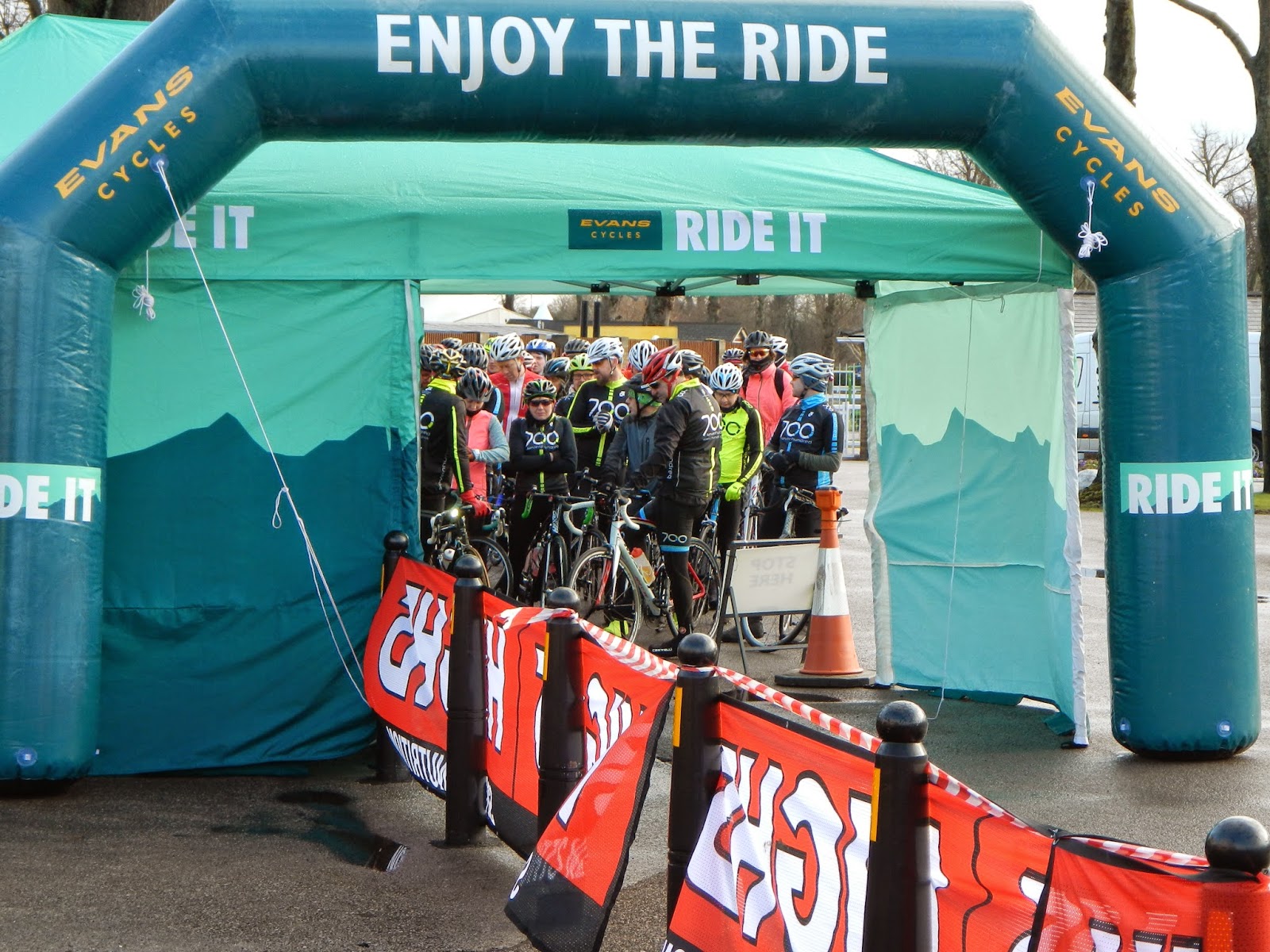 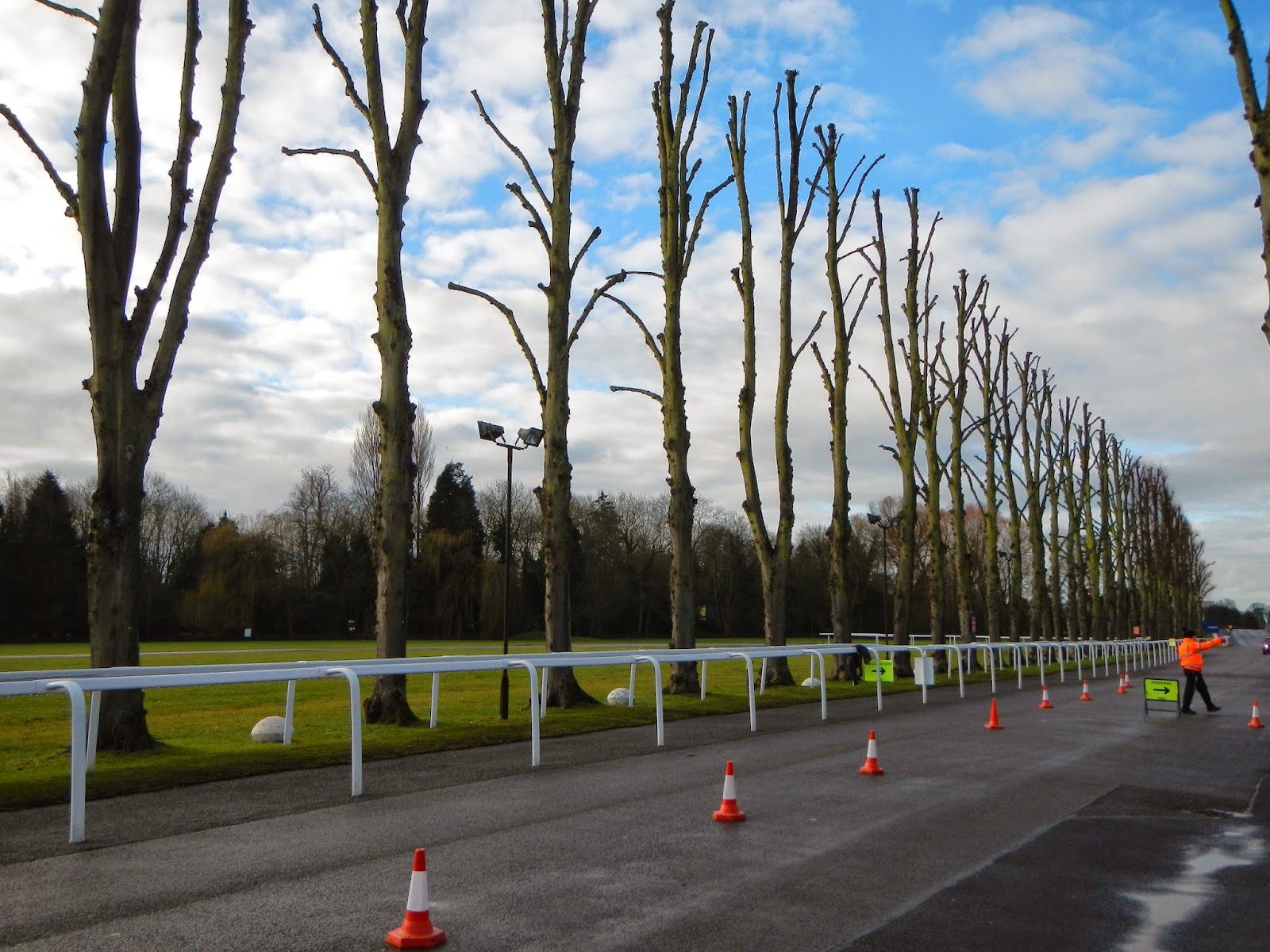 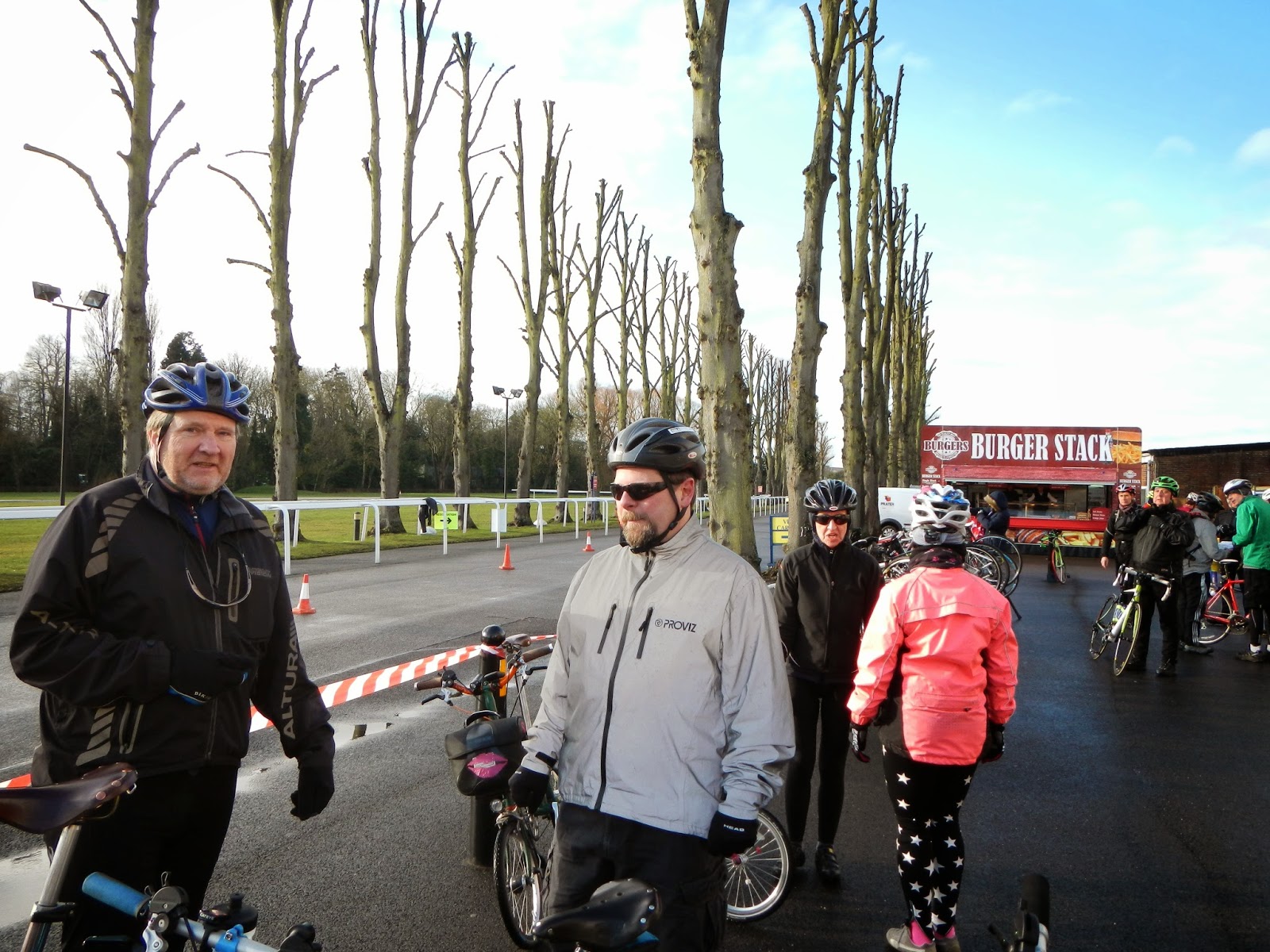 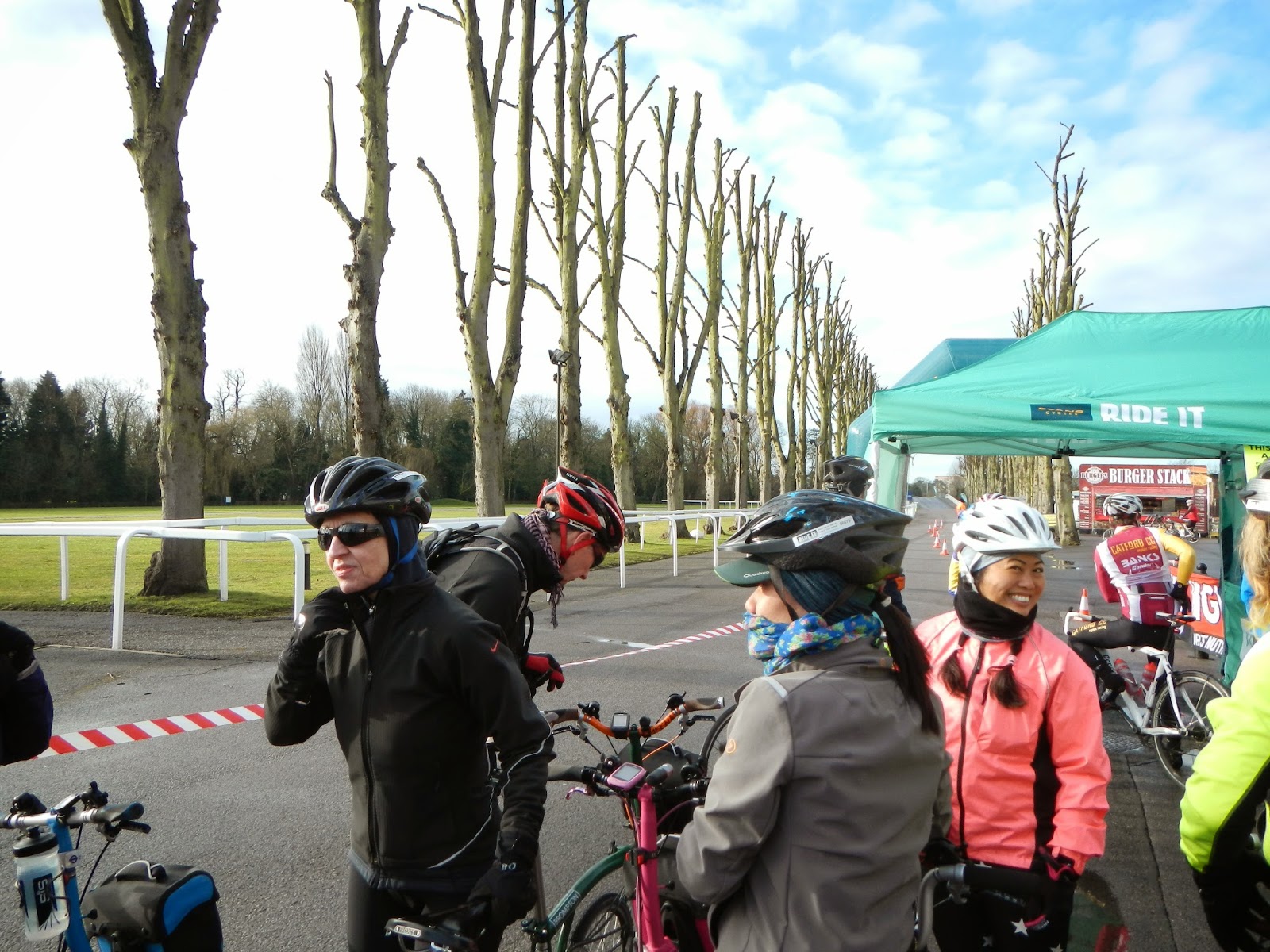 We waited in a huddle while some useful instructions were provided. The signs we had to follow were black arrows on a pink background. As I waited for the off I considered whether I would be able to follow them successfully!? 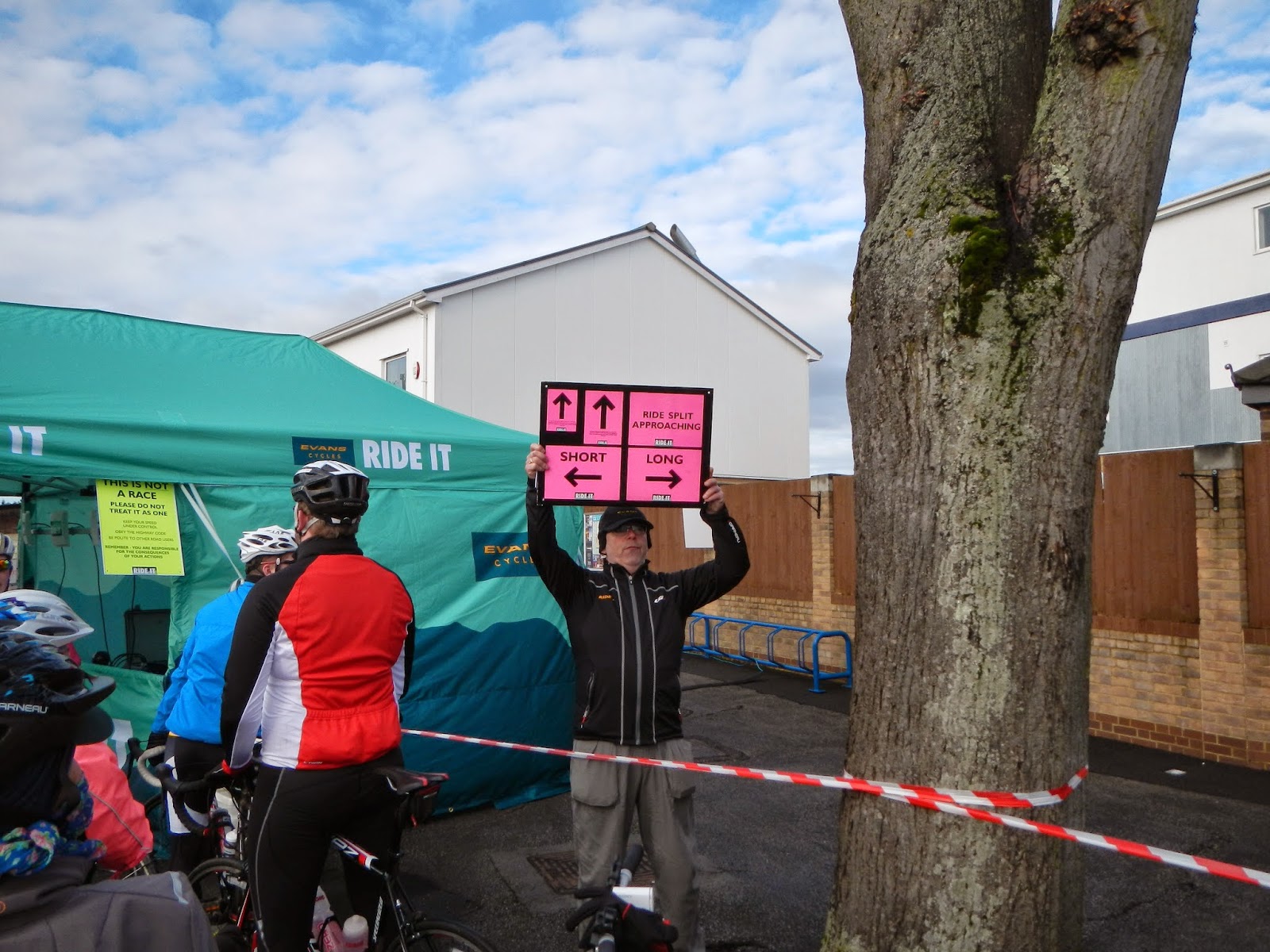 At a little past 09:15 (I think) we were off. I was really looking forward to this ride. There weren't any huge hills - which I would have enjoyed - but certainly the route was demanding enough to keep one more than interested! 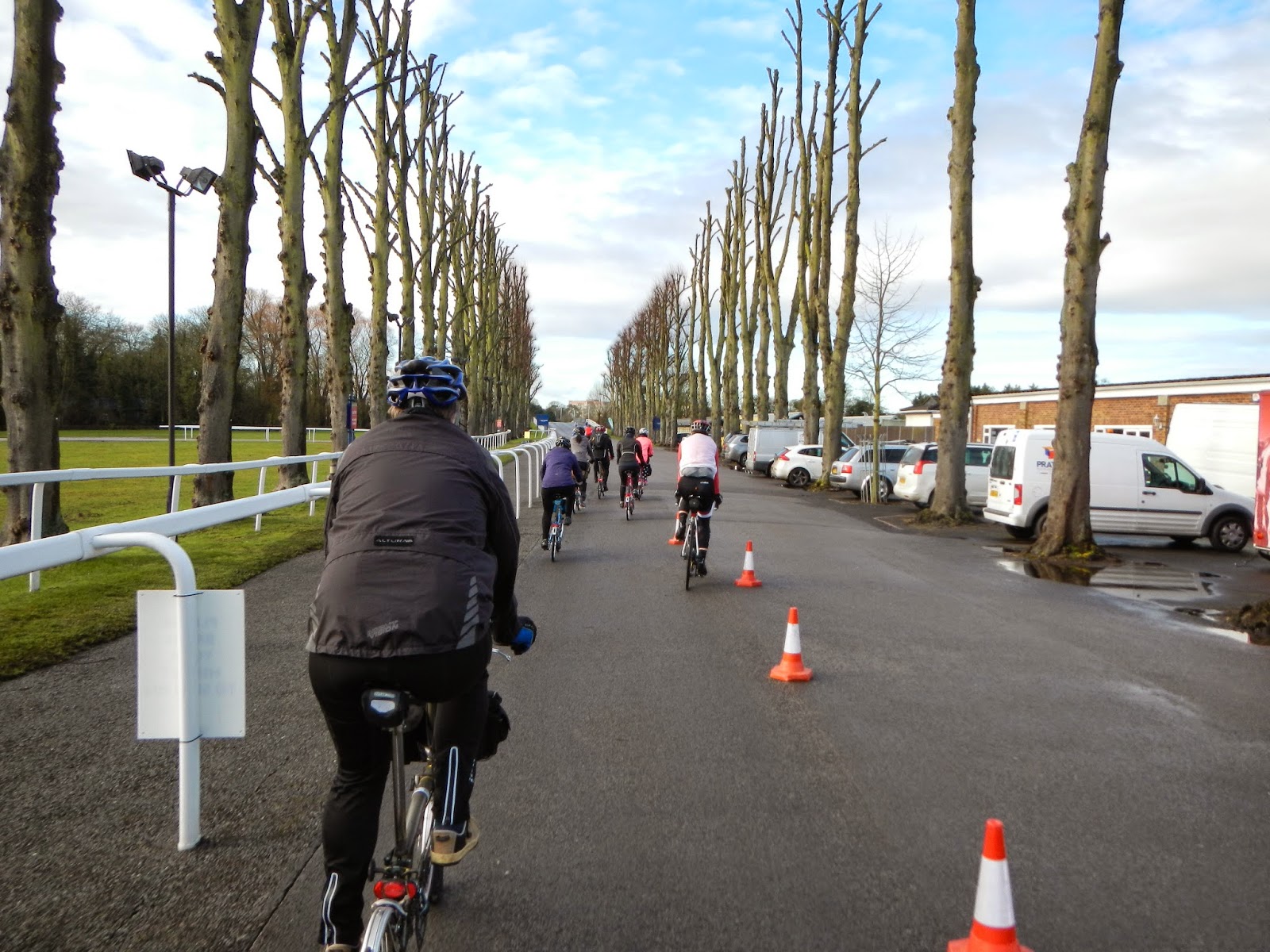 We stayed together for a little while but on these sort of rides you really do have to go at your own pace. As such we started to thin out every now and then. 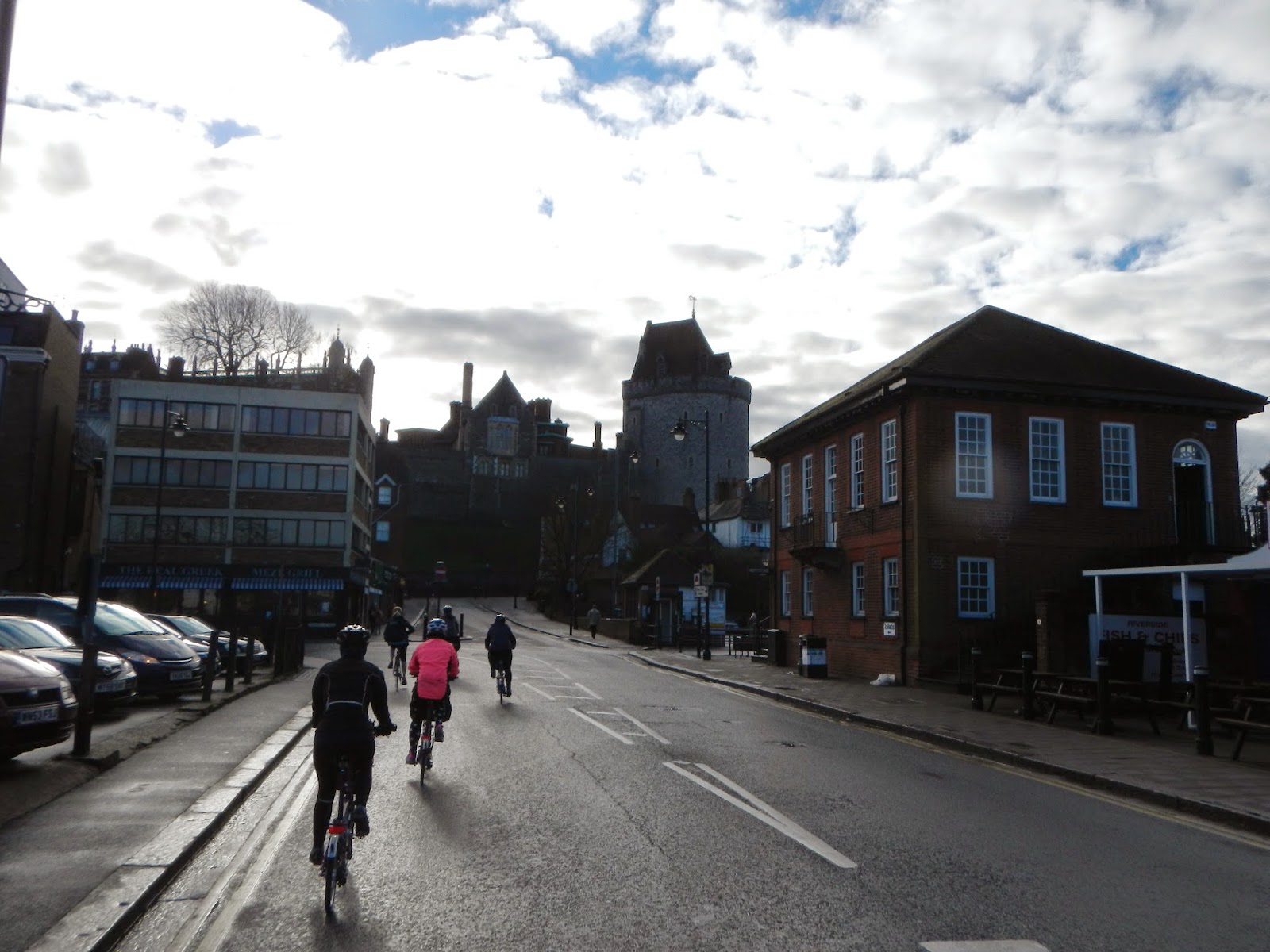 It was great to be on the wheel of David for some of the ride. This is happy territory for yours truly as trying to keep up with him is quite a challenge. On countless rides I have tried to do this as it means I am going at a fair pace. Of course, David soon zoomed into the distance too. 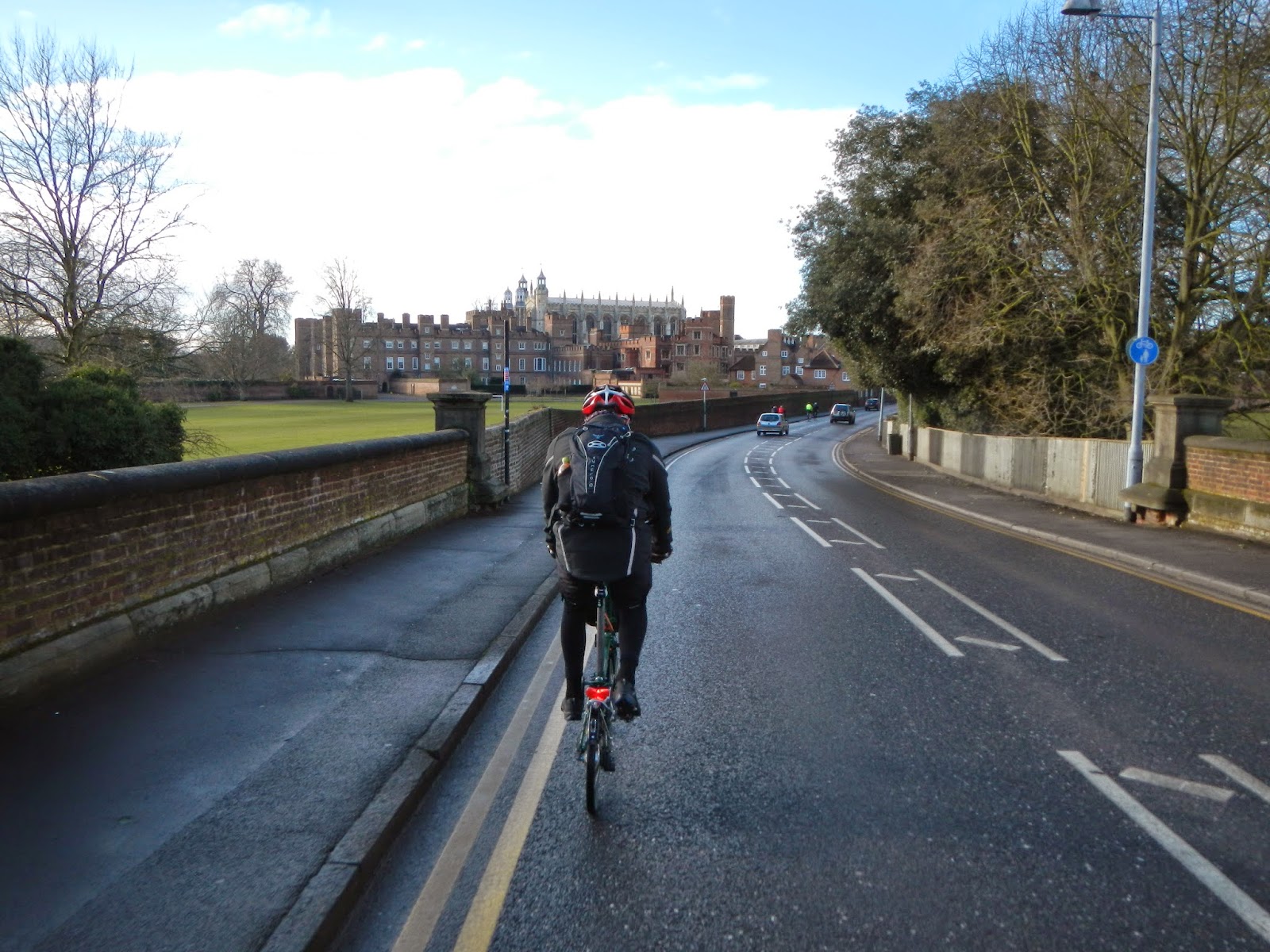 On the weather front it was generally chilly for the entire ride. For the first 45 minutes I could not get my fingers warm and they were uncomfortably cold. This changed when we stopped for everyone to regroup and after that point they were fine. At times there was a fierce wind and it alternated between the sun trying to shine out and being prevented by ominous looking clouds. 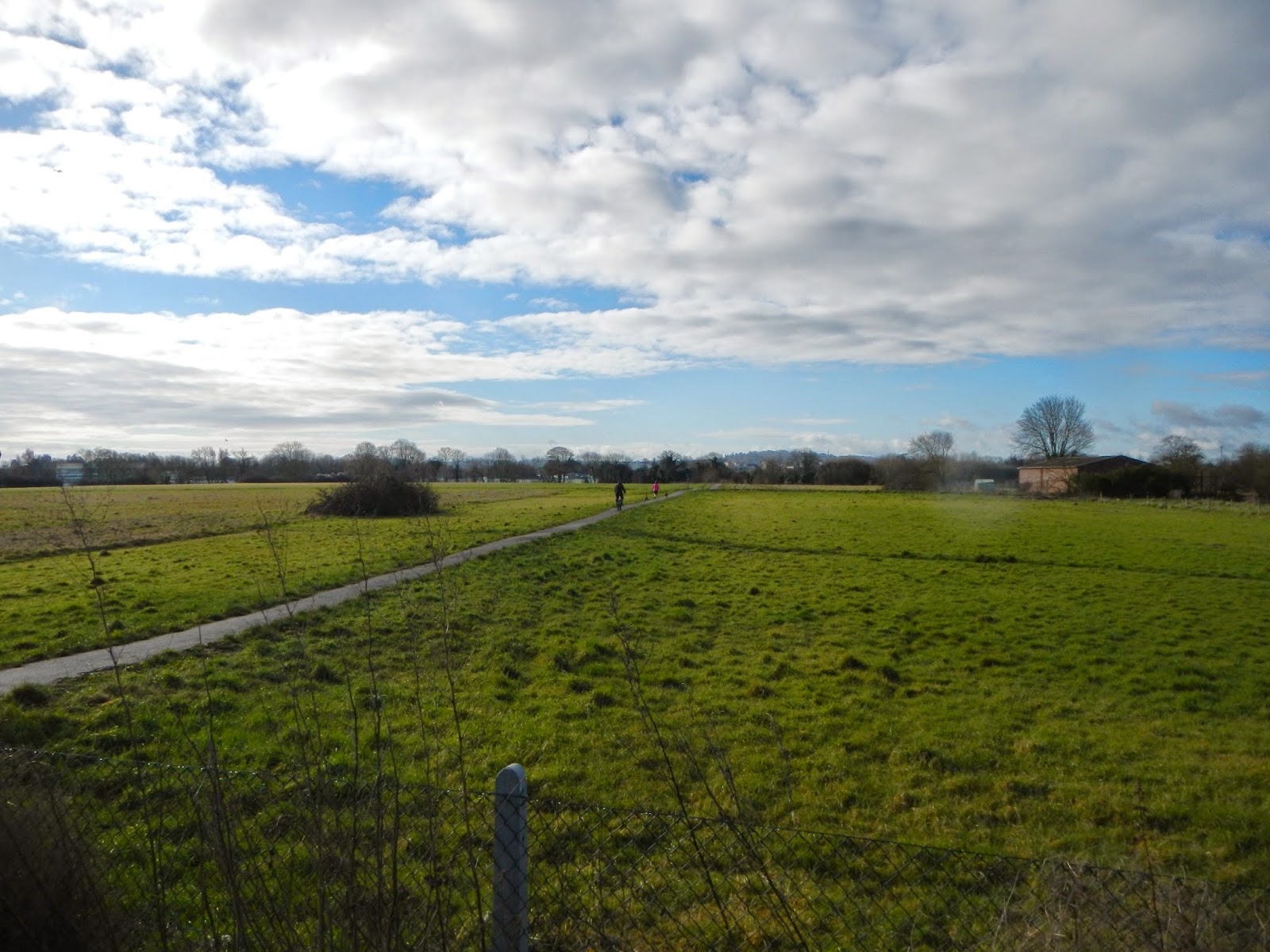 My new Marathon tyre fitted, my P type felt pretty good. I had actually considered bringing out my Titanium Orange Brompton for its first outing this year but could not get it ready in time. 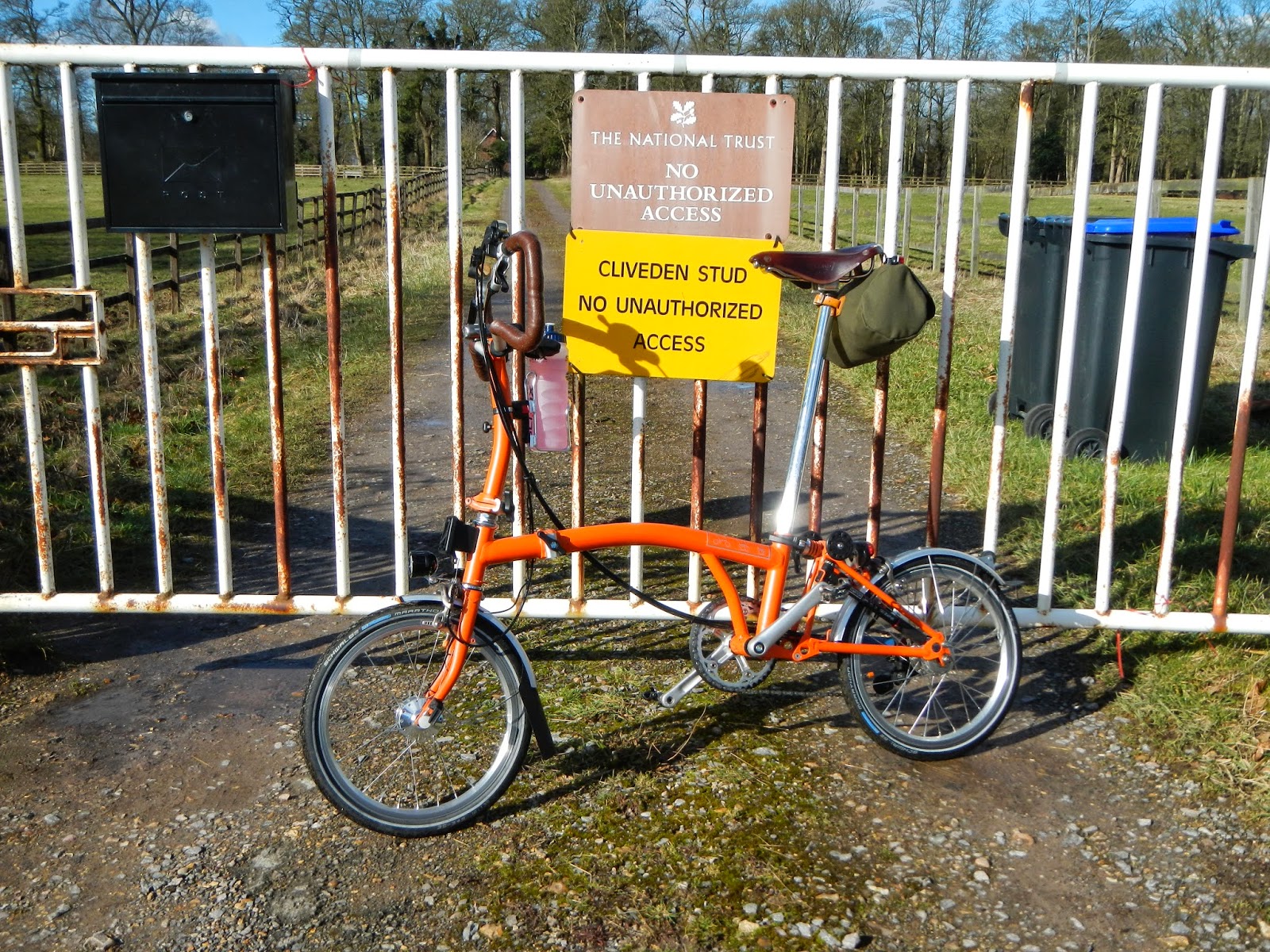 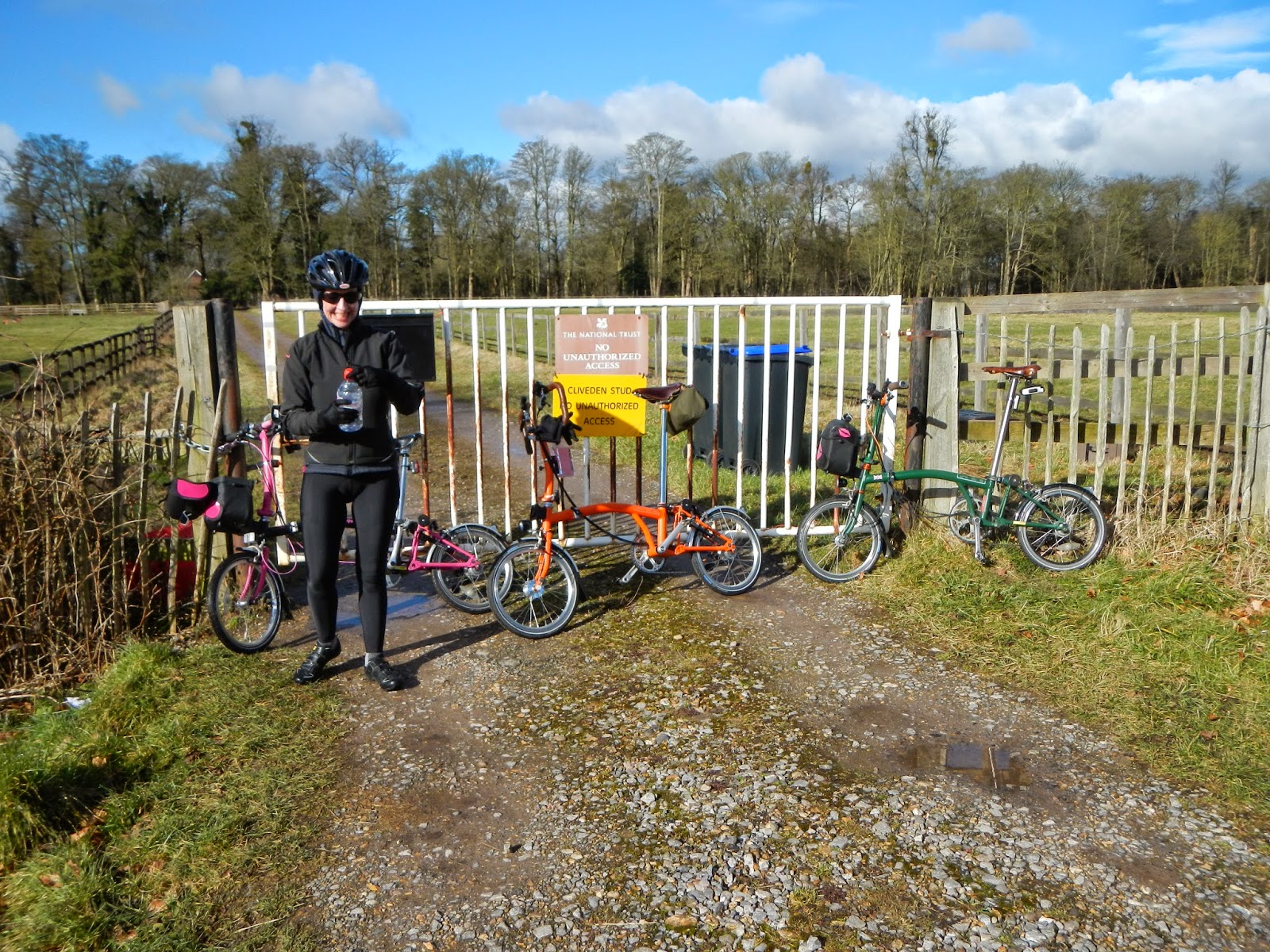 Despite the number of photographs I have posted, I was very sensible about bringing a camera...well sort of. I decided that I would not bring out the big guns in the form of my Sony RX10 (which I am loving) and my GH3. Instead I borrowed my daughters Nikon AW100 which is waterproof and very compact.

The reason I didn't bring one of my bigger cameras was so that it would prevent me from stopping to take photos. It didn't! I didn't stop but I slowed down to take photos of snowdrops, churches, pub signs, brooks, quaint houses and Red Kites. This was definitely not a photo ride but it did not stop me.


With my Garmin telling me we were approaching 18 miles I pushed harder as it meant a feed station. There was a goodish hill before we reached this and I quite enjoyed the challenge. 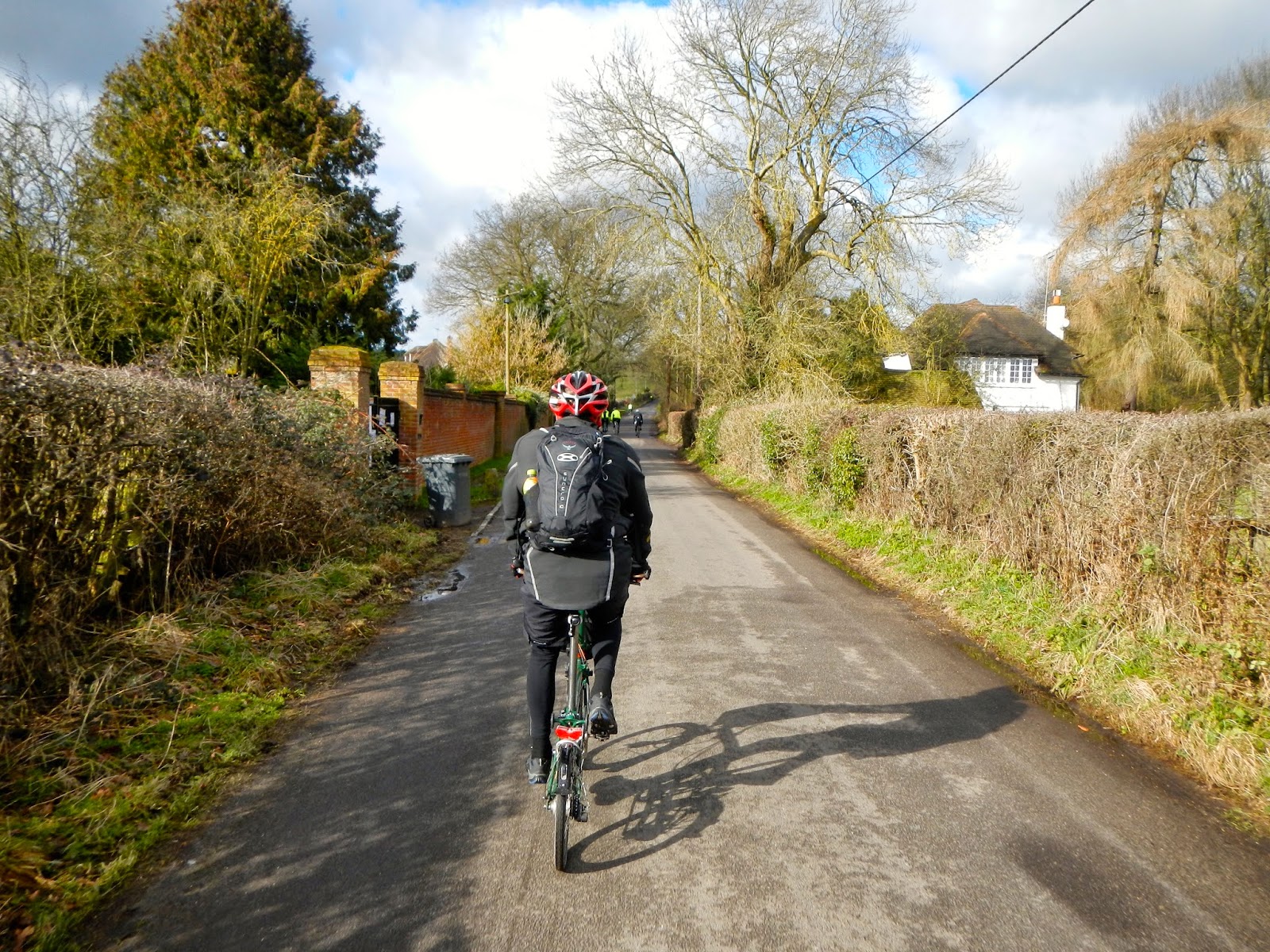 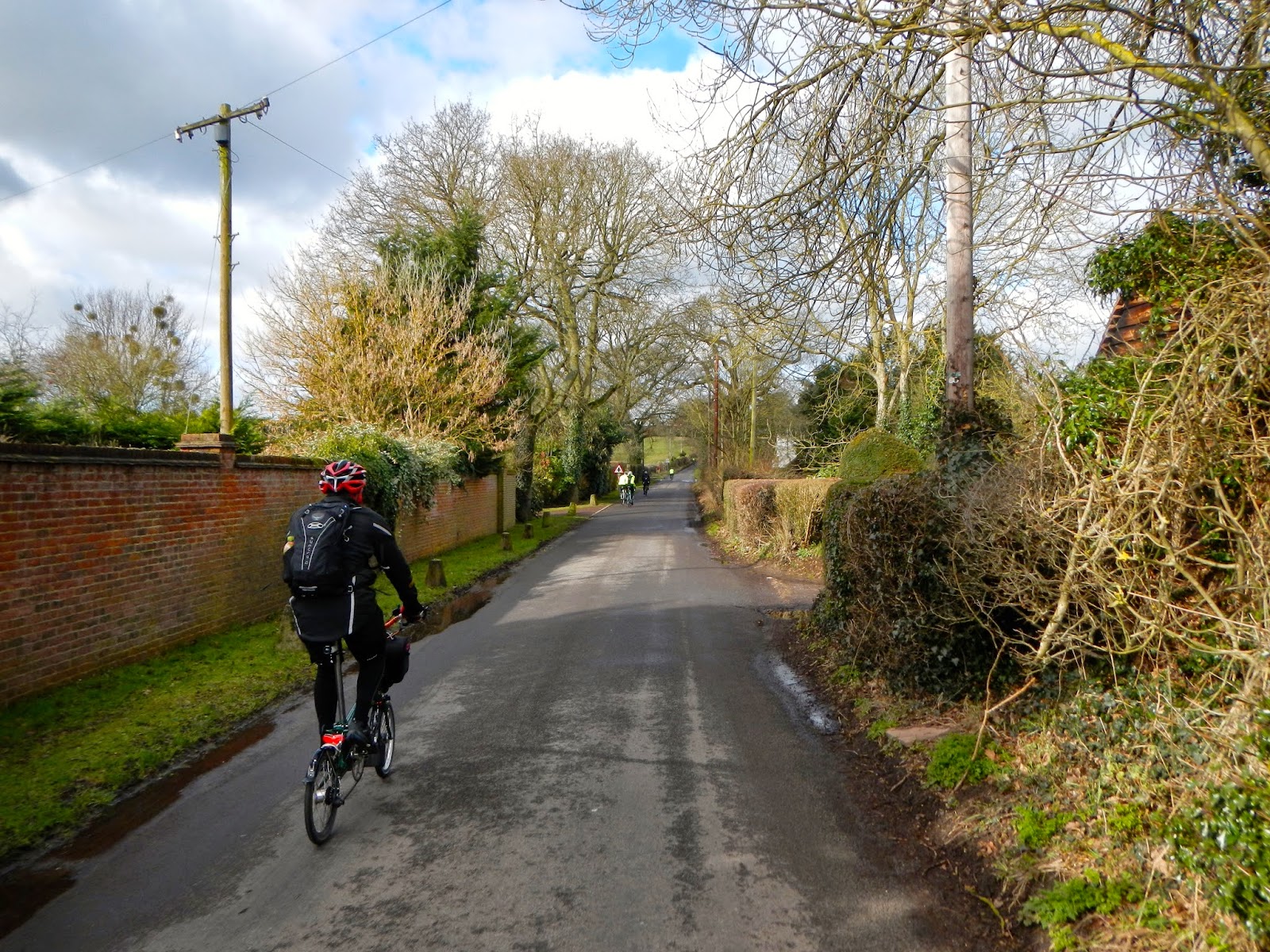 The views at the first feed station were lovely. The Chiltern hills could be seen in the distance along with the now familiar sight of Red Kites soaring overhead. In the past Red Kites used to be common even in central London (I think they might even have a mention in Daniel Defoe's 'Journal of a Plague Year) but a release programme has been incredibly successful. 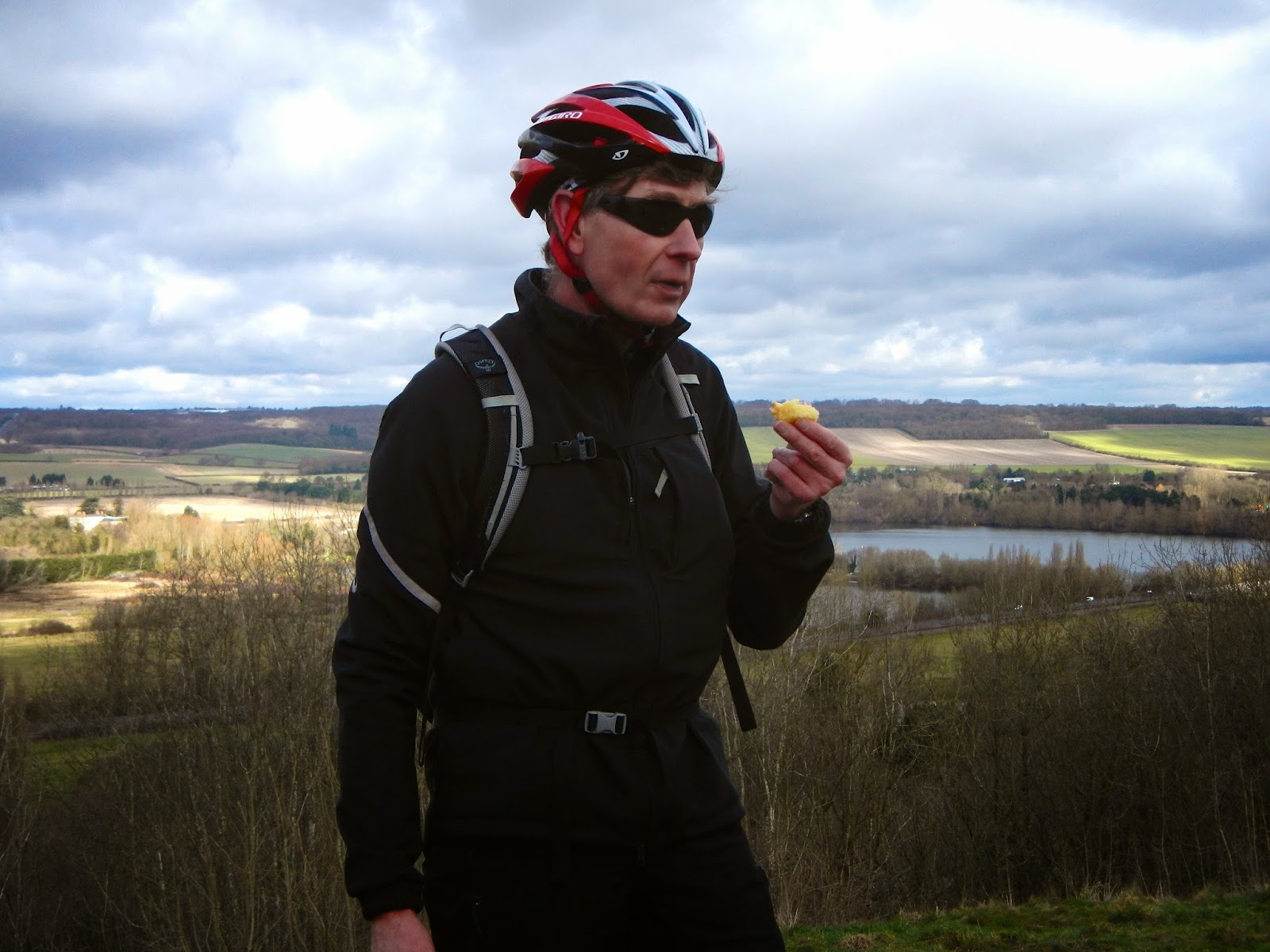 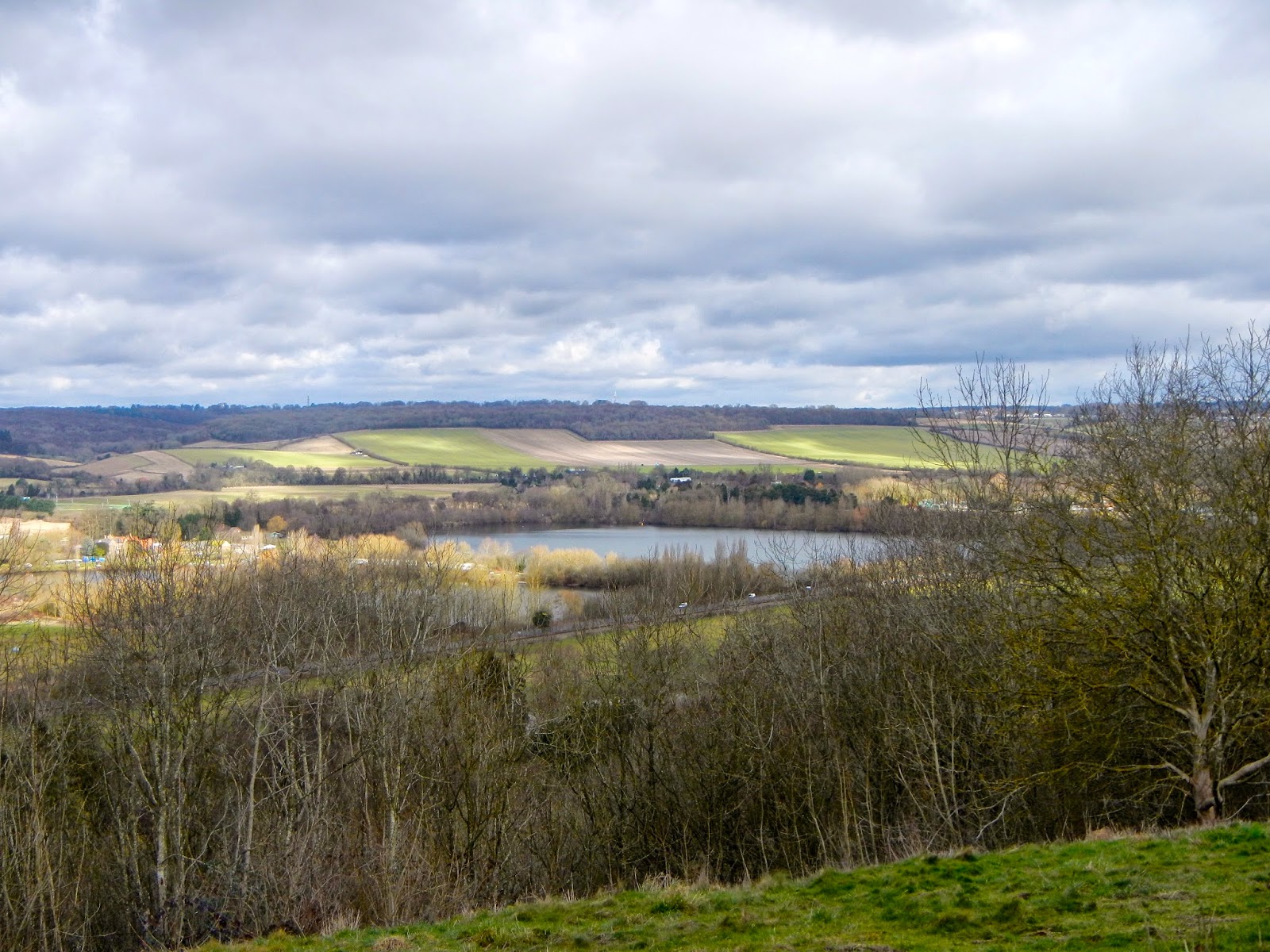 After some lovely comestibles we resumed and soon Marlow came into view. Shoppers looked somewhat bemused to see a peloton of brightly coloured Brompton bicycles roll by. 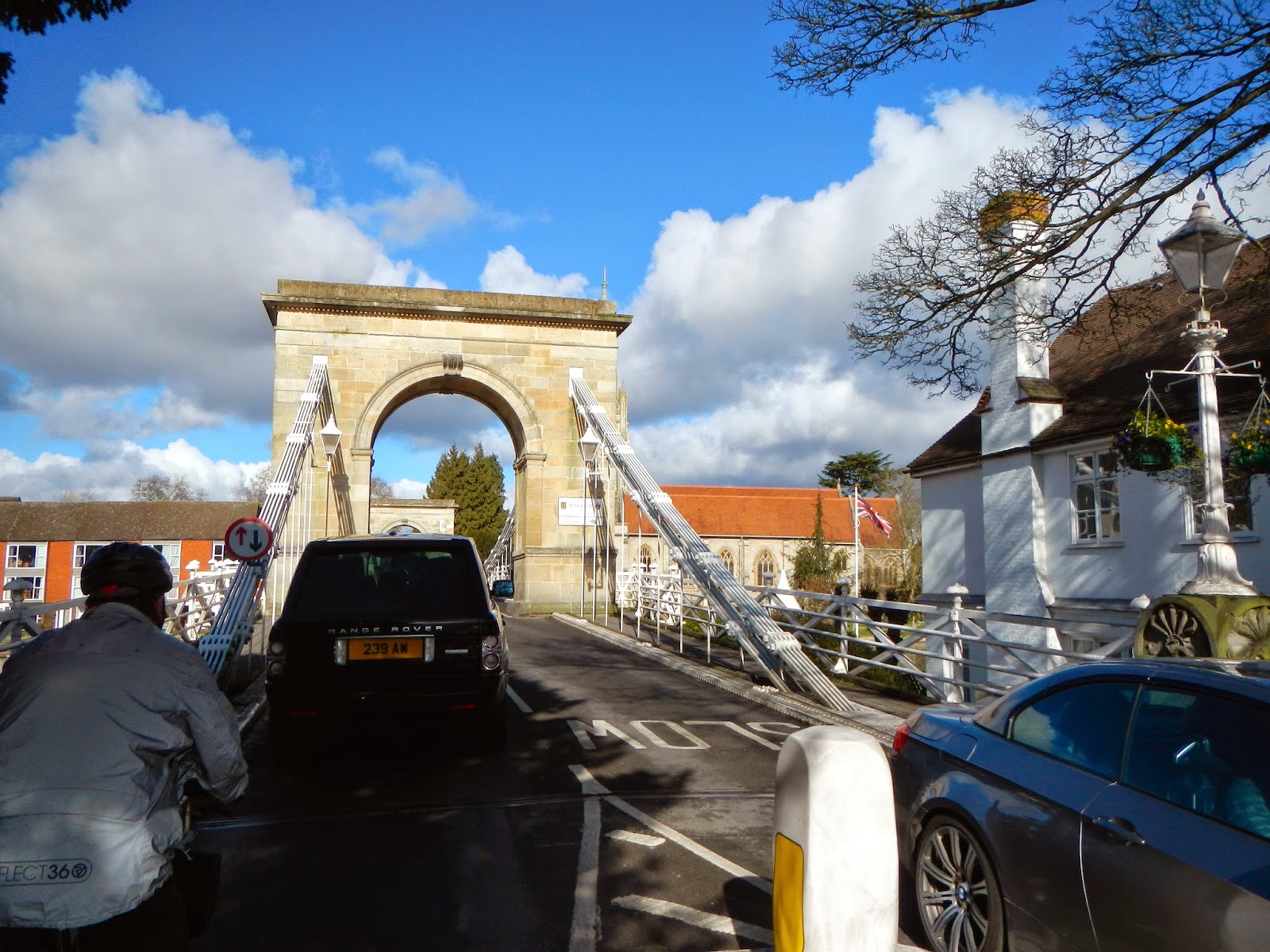 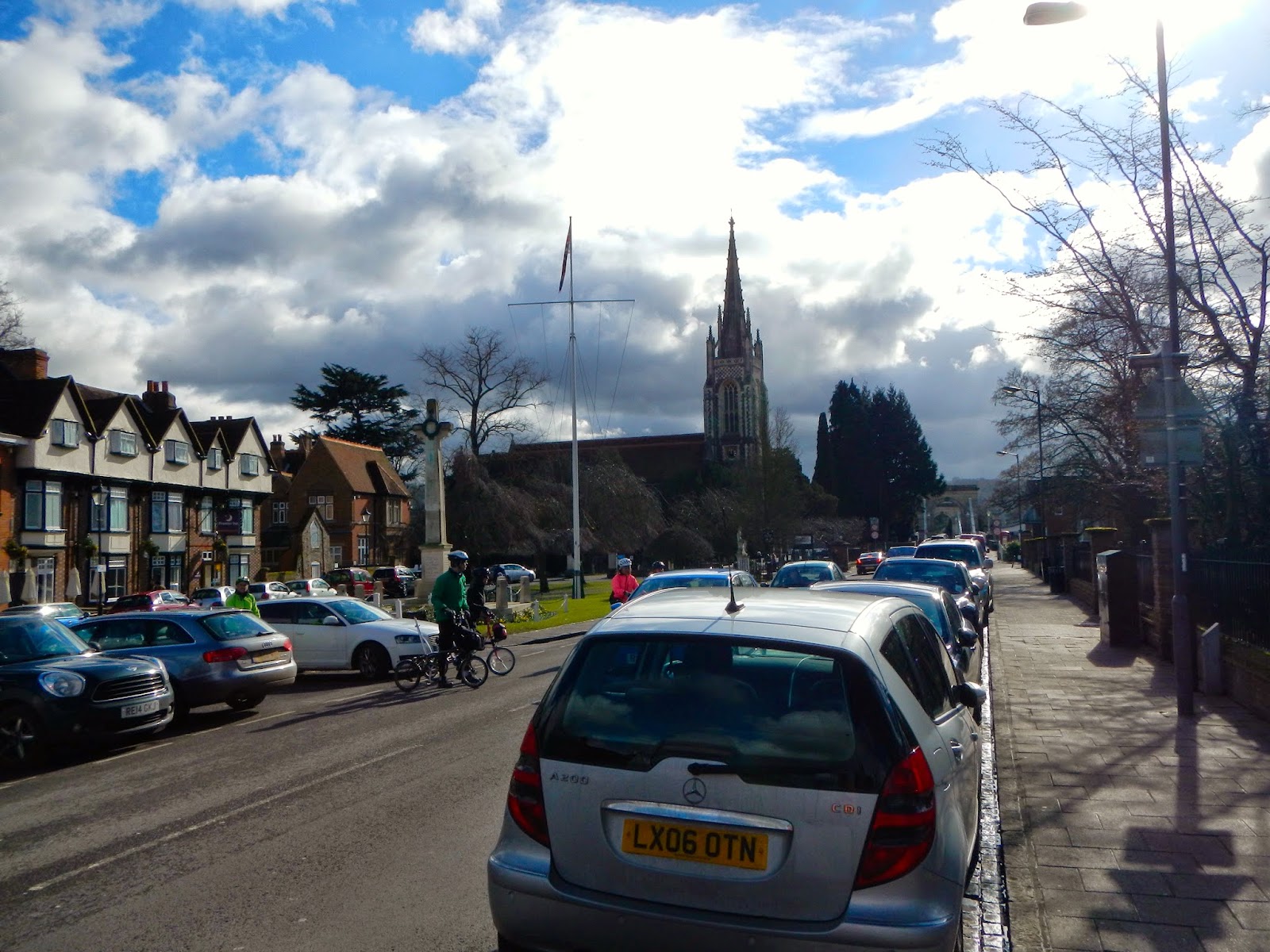 Once past Marlow we thinned out again. I kept David in sight for a few miles before losing him. I had several miles all to myself where I did not see another soul. Long stretches of country lanes provided time to reflect on all sorts of things. One of the joys of cycling is that you can do this even on a commute. I find that after a busy day, cycling home is a way of unwinding and reflecting.

Catching up with David we waited for the others before heading off again. 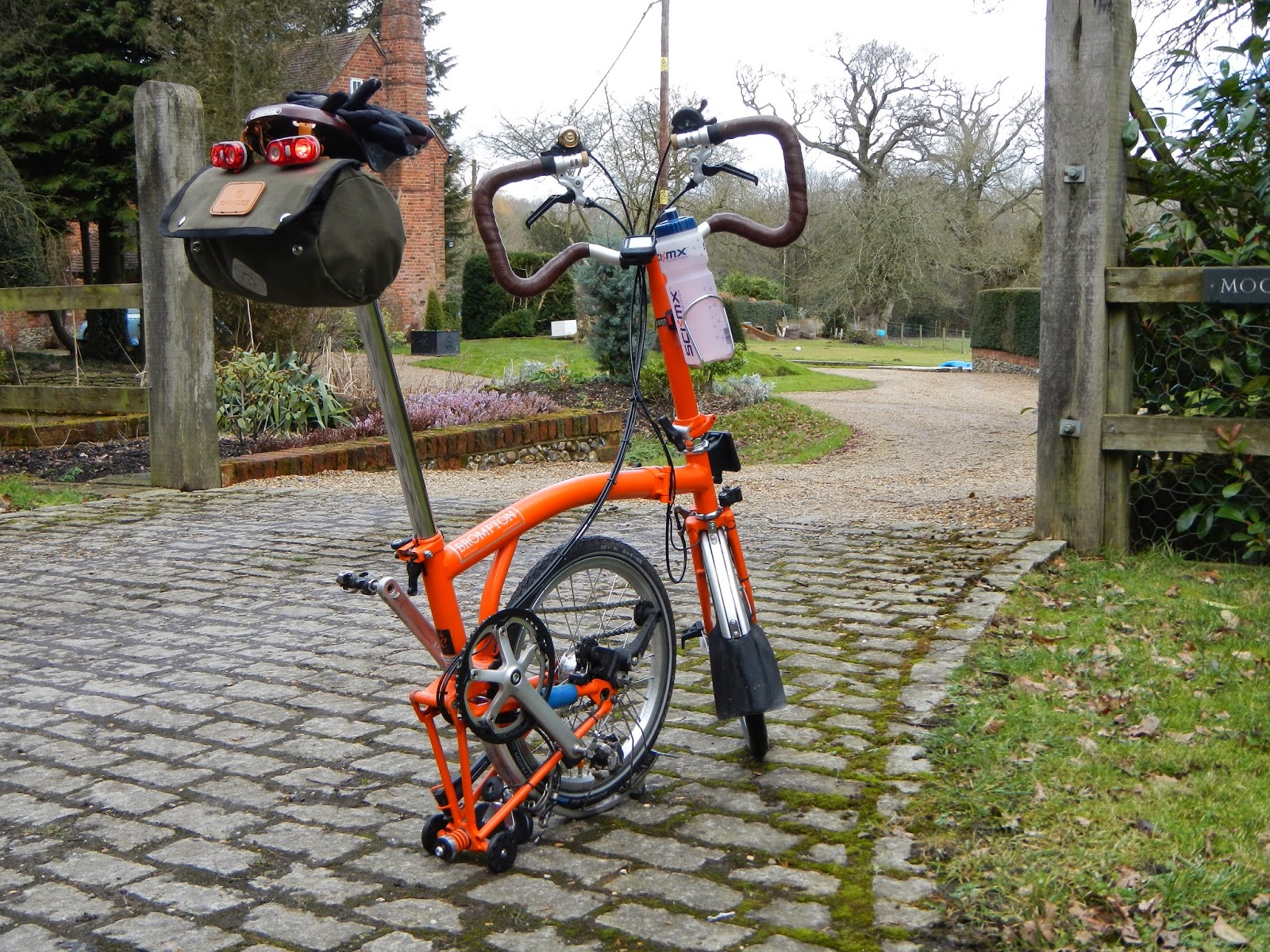 Again we soon thinned out. I could not stop slowing down to take photos of anything that caught my eye. One stretch of road had several red Kites swooping down quite low. 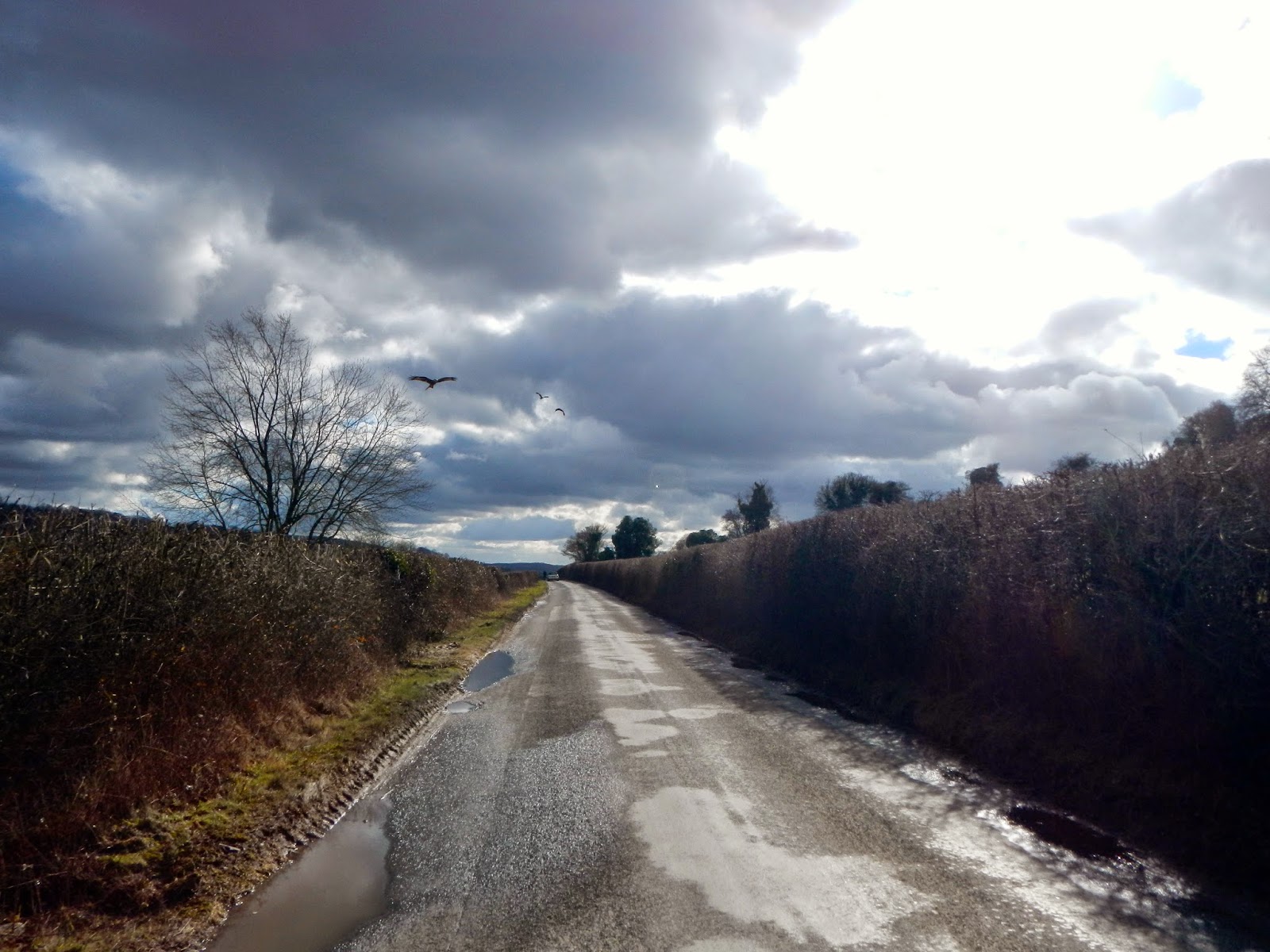 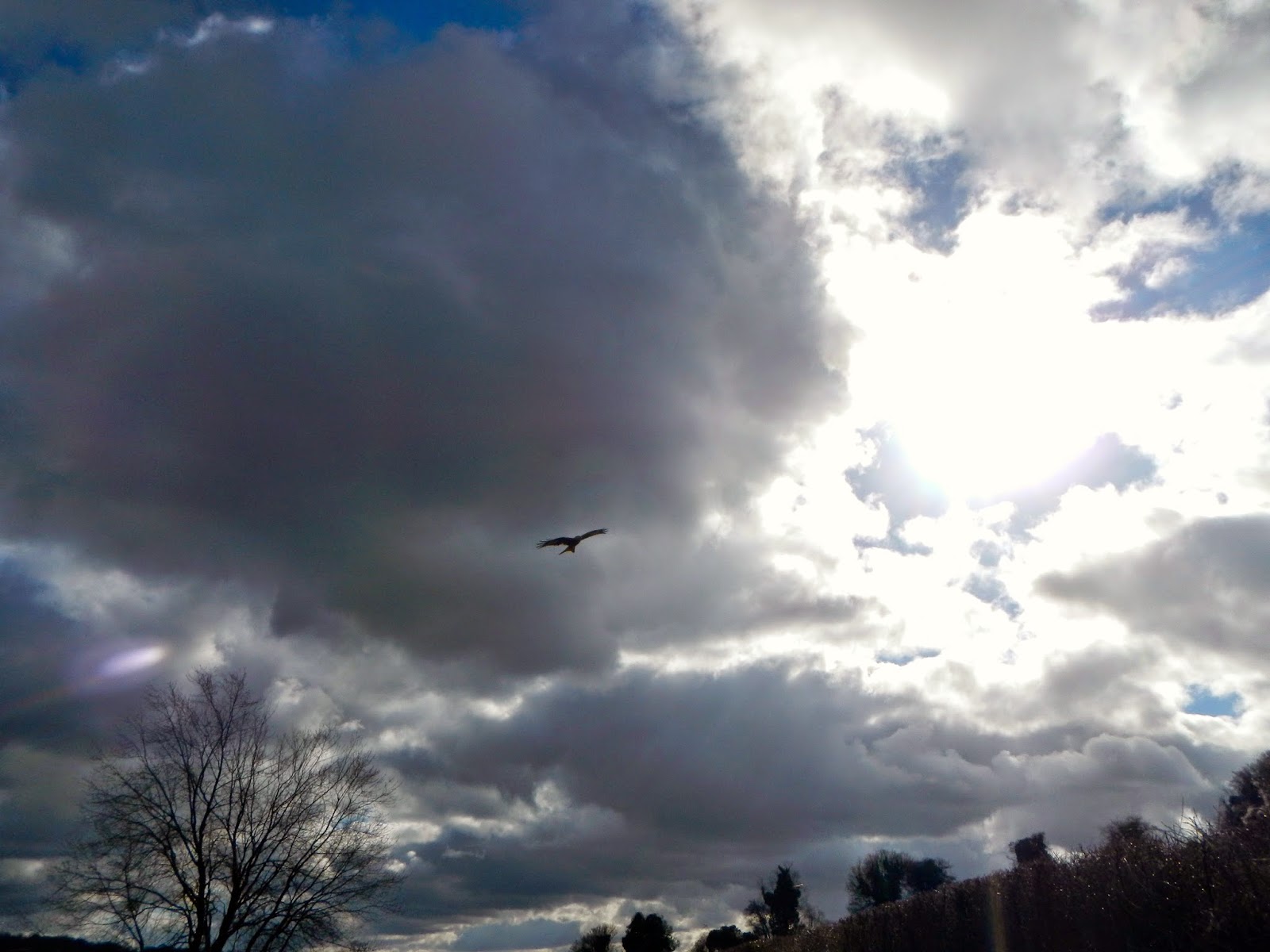 After slowing down I would accelorate as quickly as I could in order to regain lost ground. This acted almost as a form of interval training and it was doing just this that I passed several roadies who I only saw again at the final feed station at 29 miles. 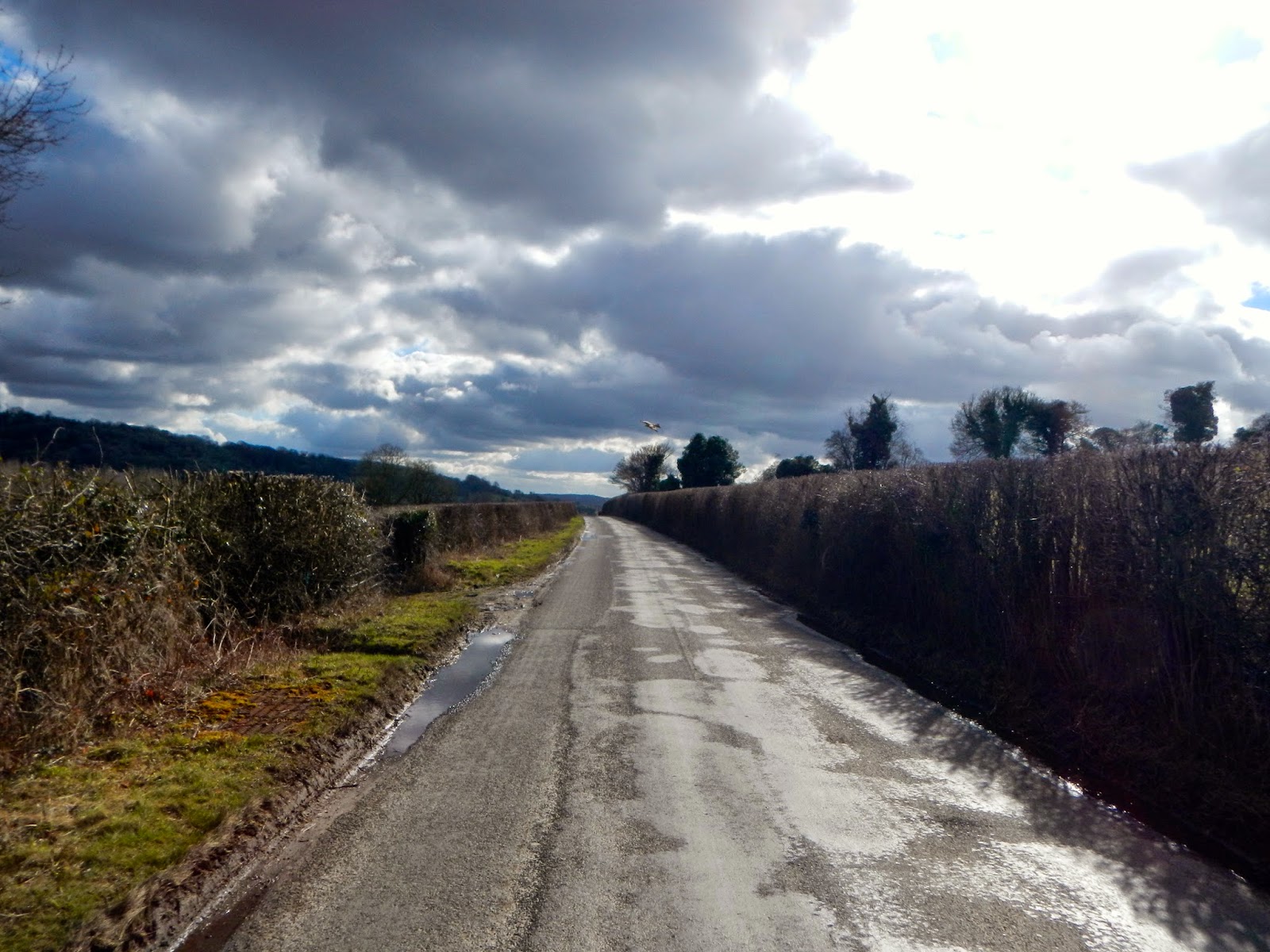 With my Garmin showing that 29 miles wasn't too far away I pressed harder as I was keen to partake in another slice of cake. 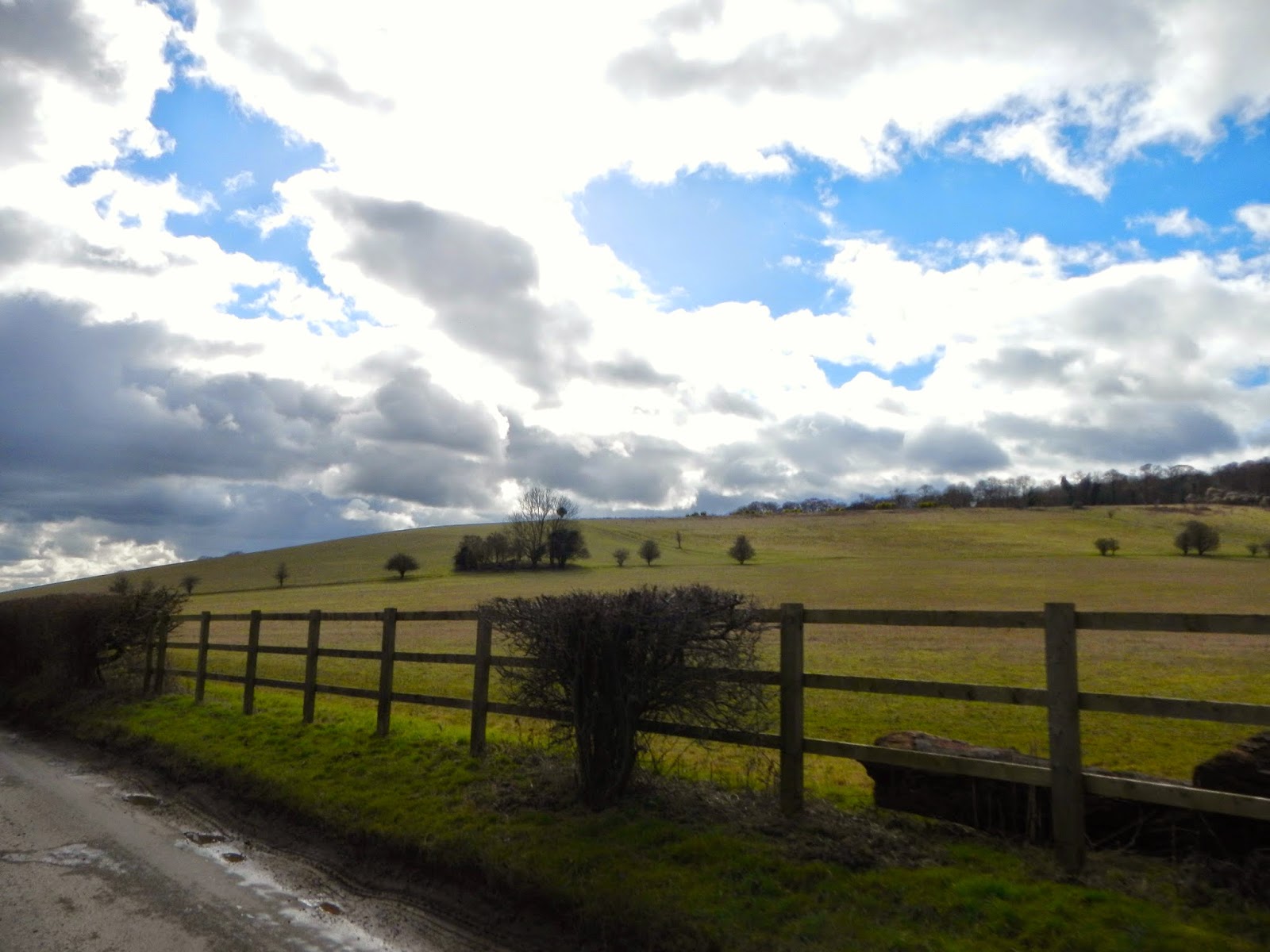 Soon the others arrived and stocked up on water, cake, peanuts and crips we pressed on for the final push. 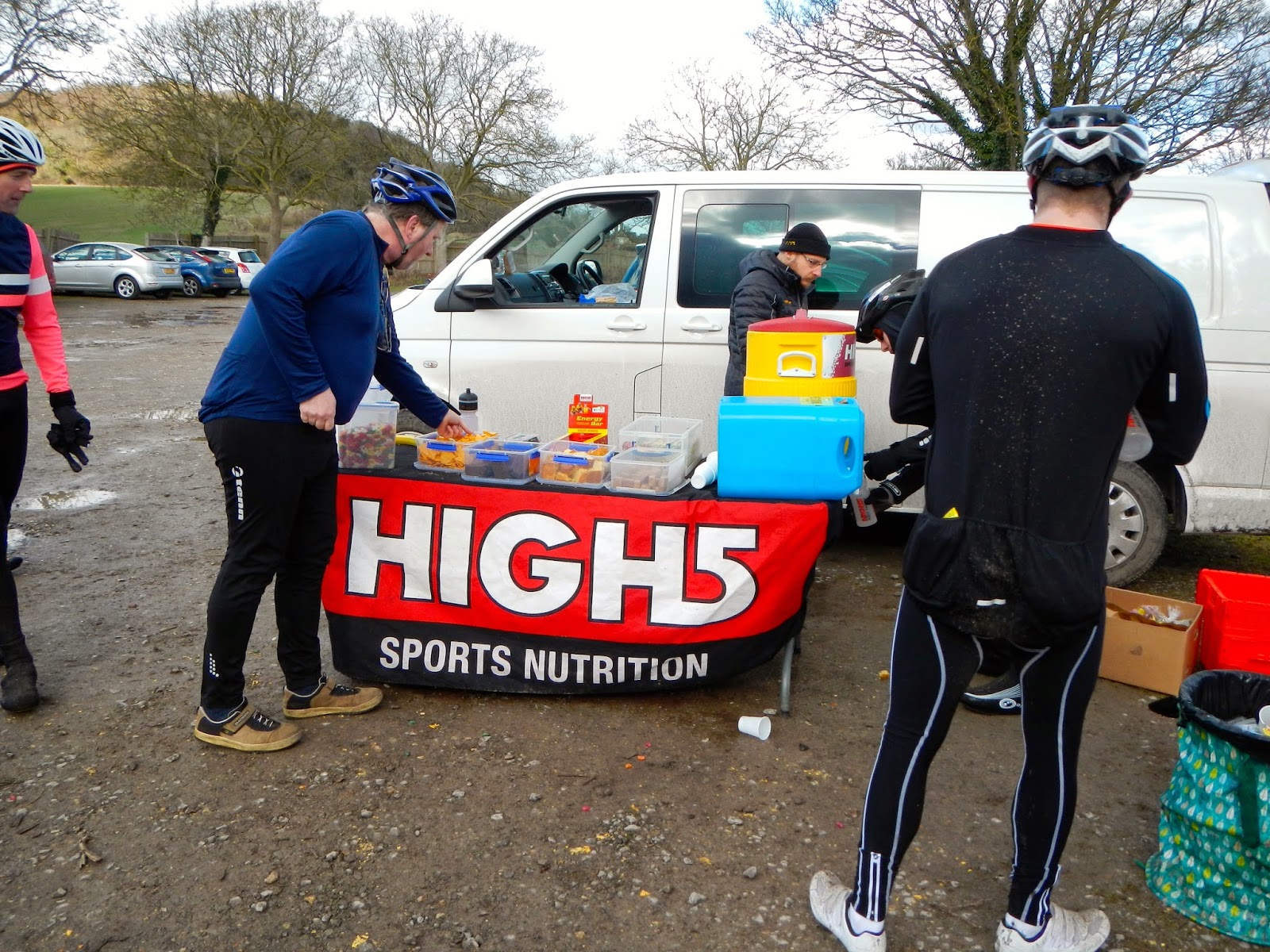 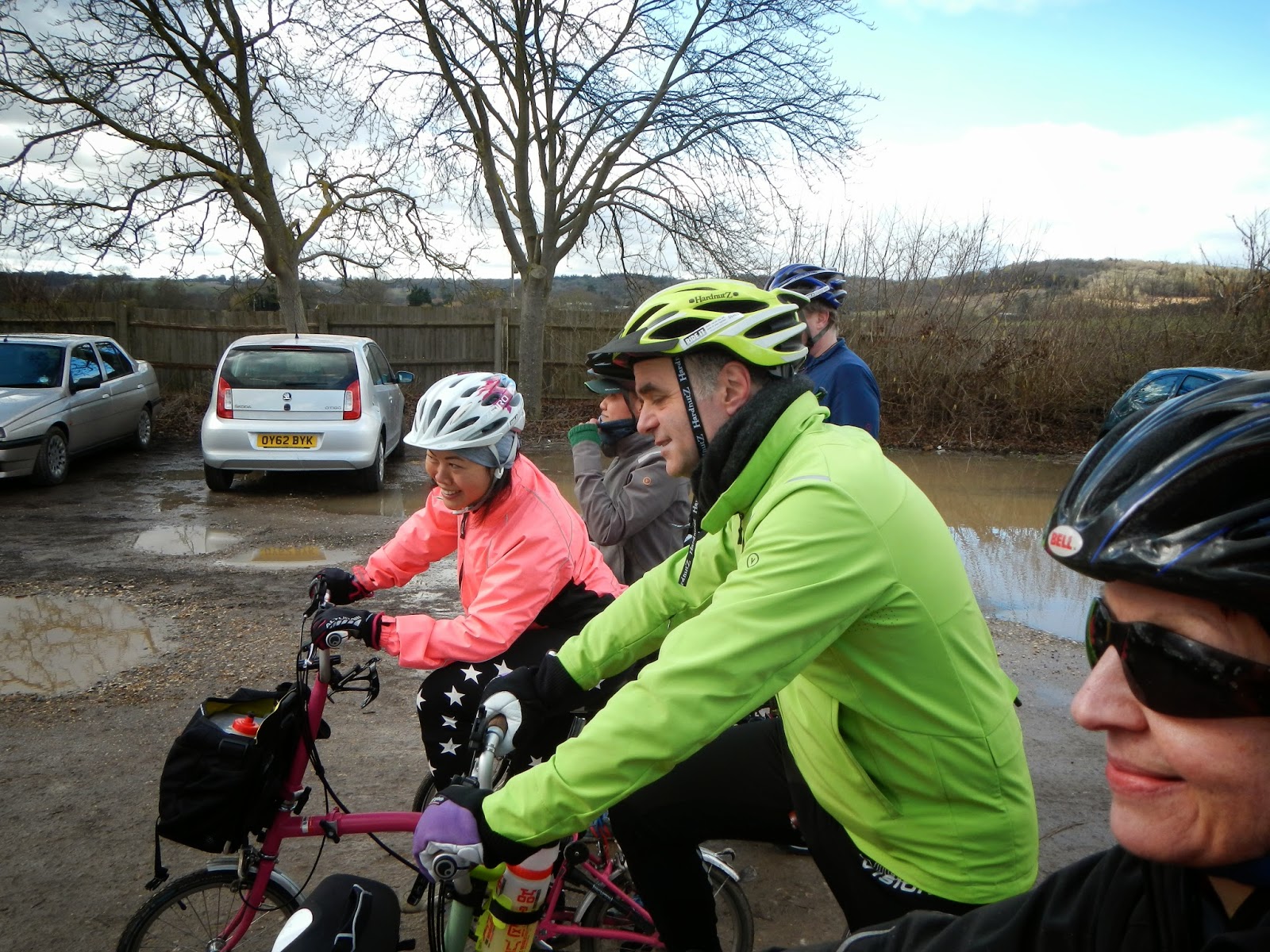 We started off together but again soon thinned out with everyone going at their own pace. Amazingly, I had not got lost and was feeling rather triumphant as a result. 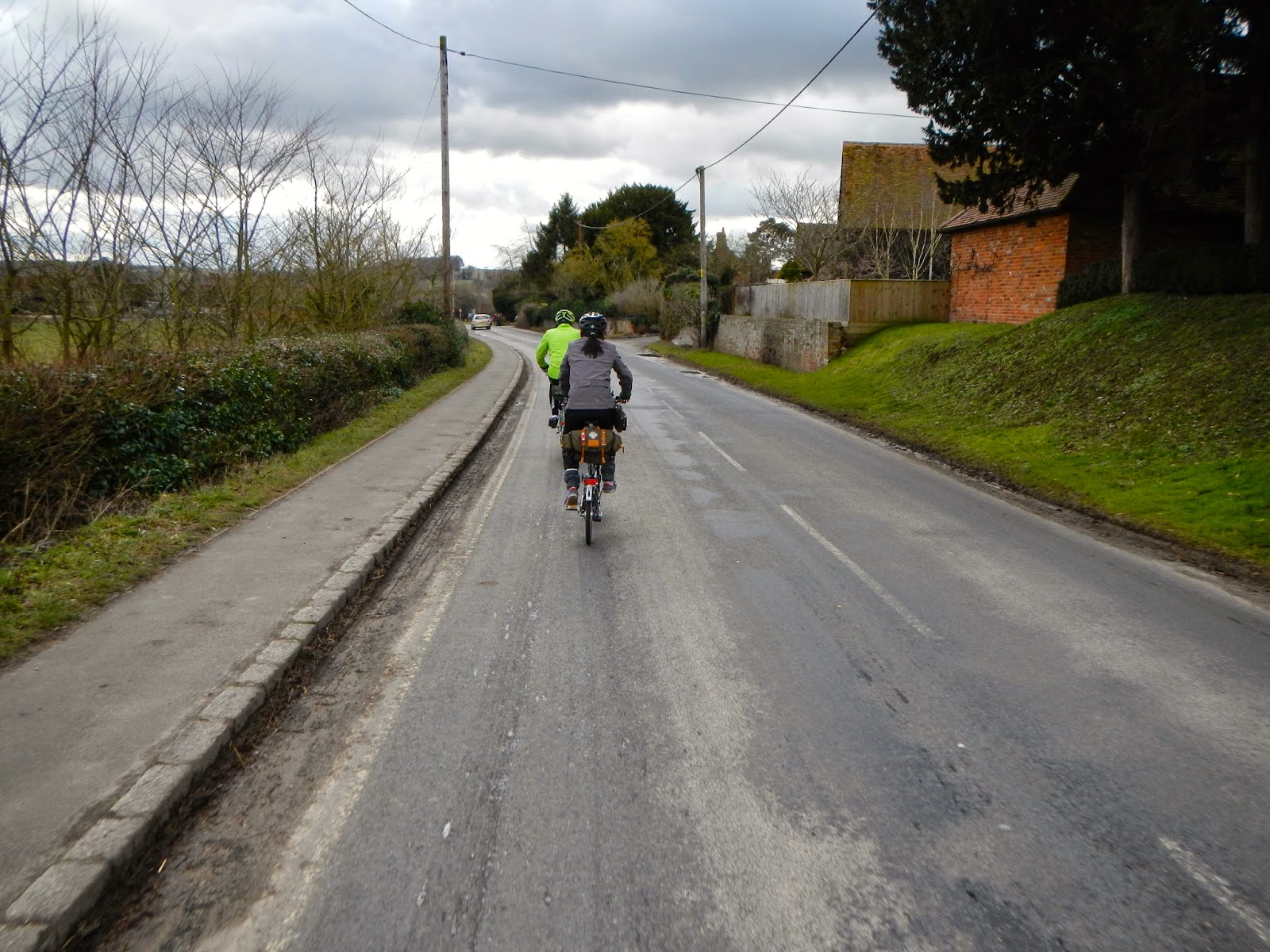 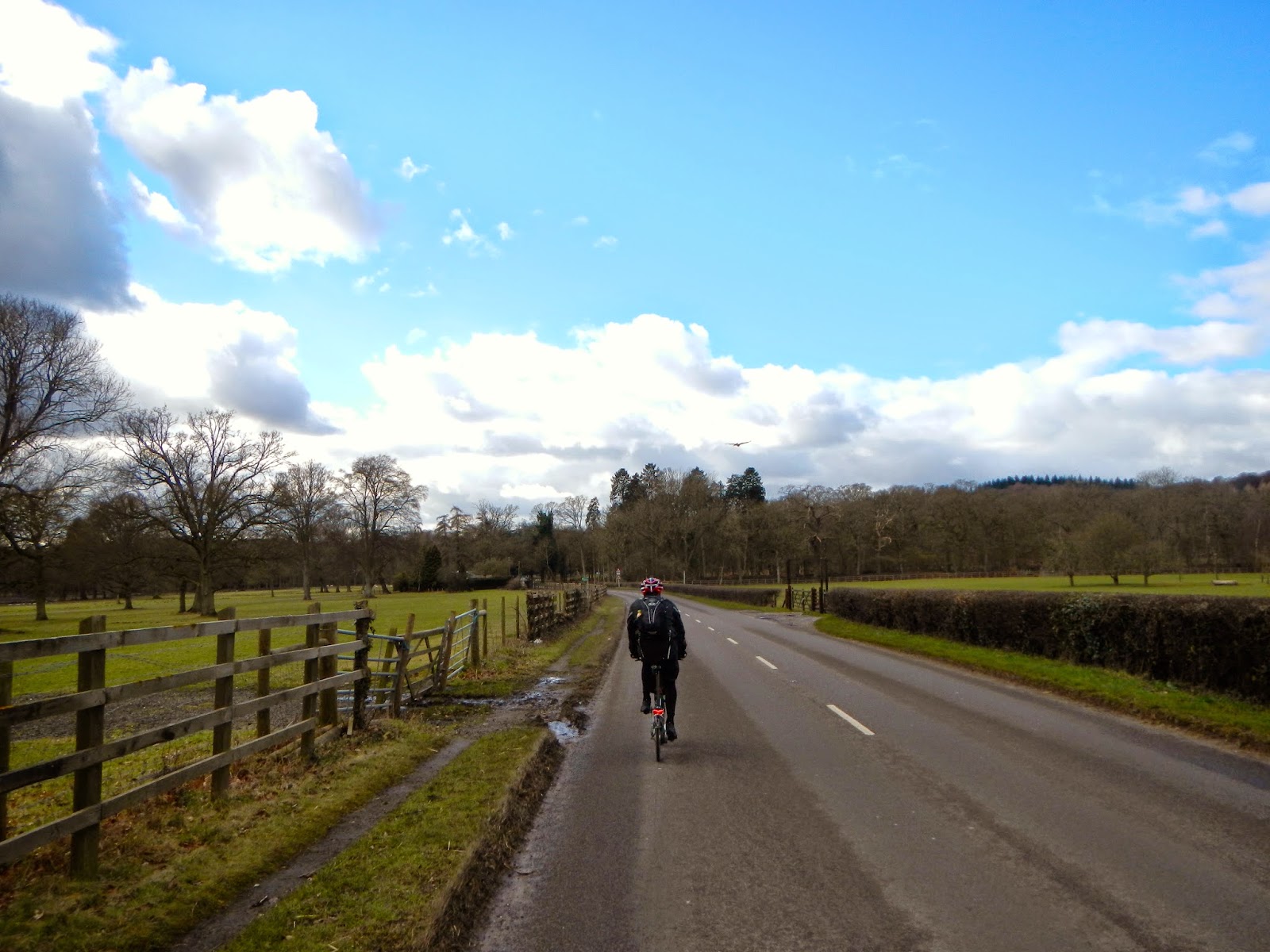 As I cycled along lots of other participants commented that they were impressed at us doing this ride on a Brompton. I explained that we had actually done much longer and more demanding rides that this and I suspect I converted a few to the fold. 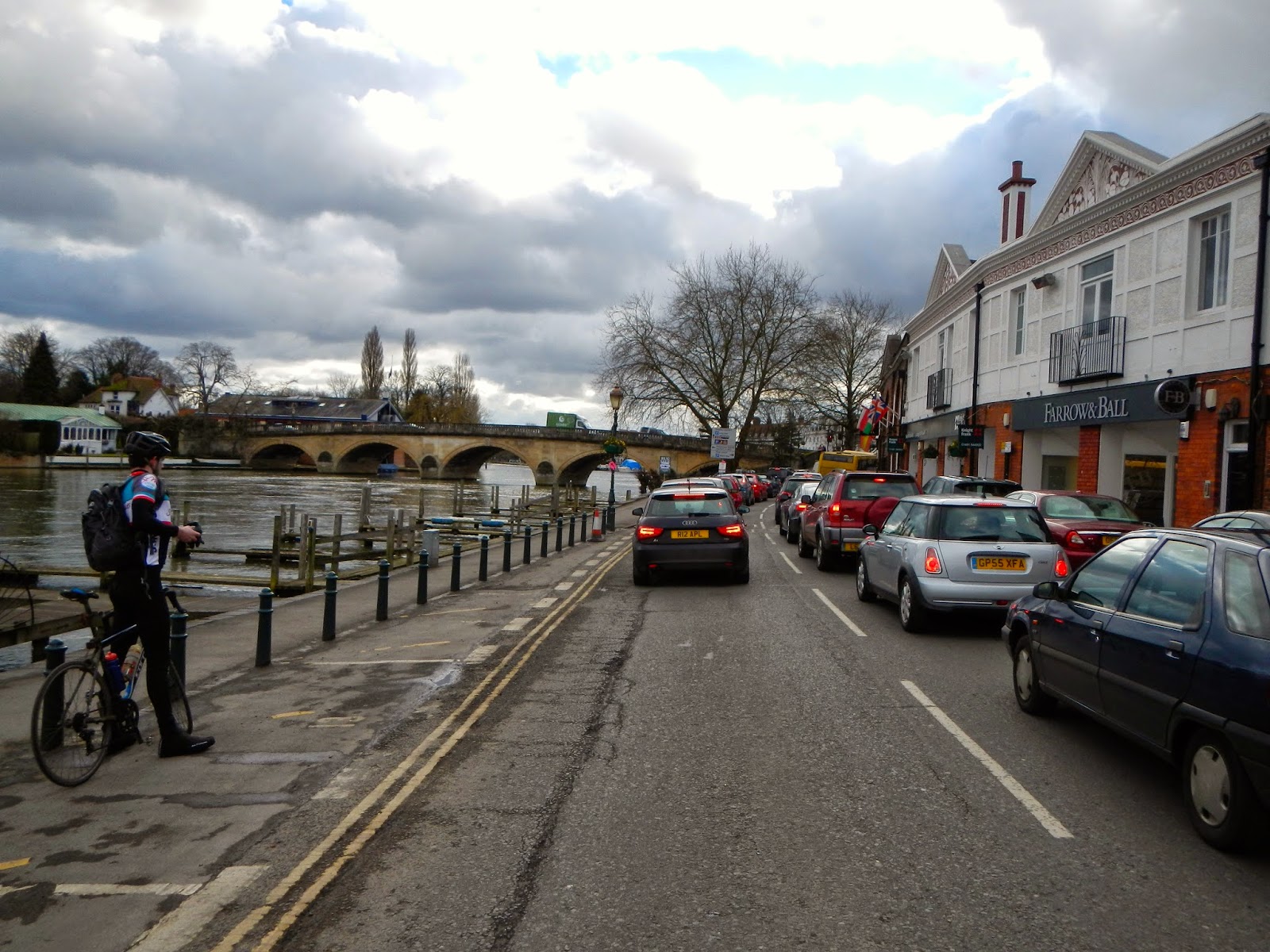 I passed a huge field of sheep which in itself is not that unusual in the countryside. What was unusual was that when they saw me coming they ran over to the side of the road. Bleating away, it was almost as if I had spectators cheering me on. It was rather strange. Perhaps the farmer that owns them rides to see if they are okay on a Brompton? 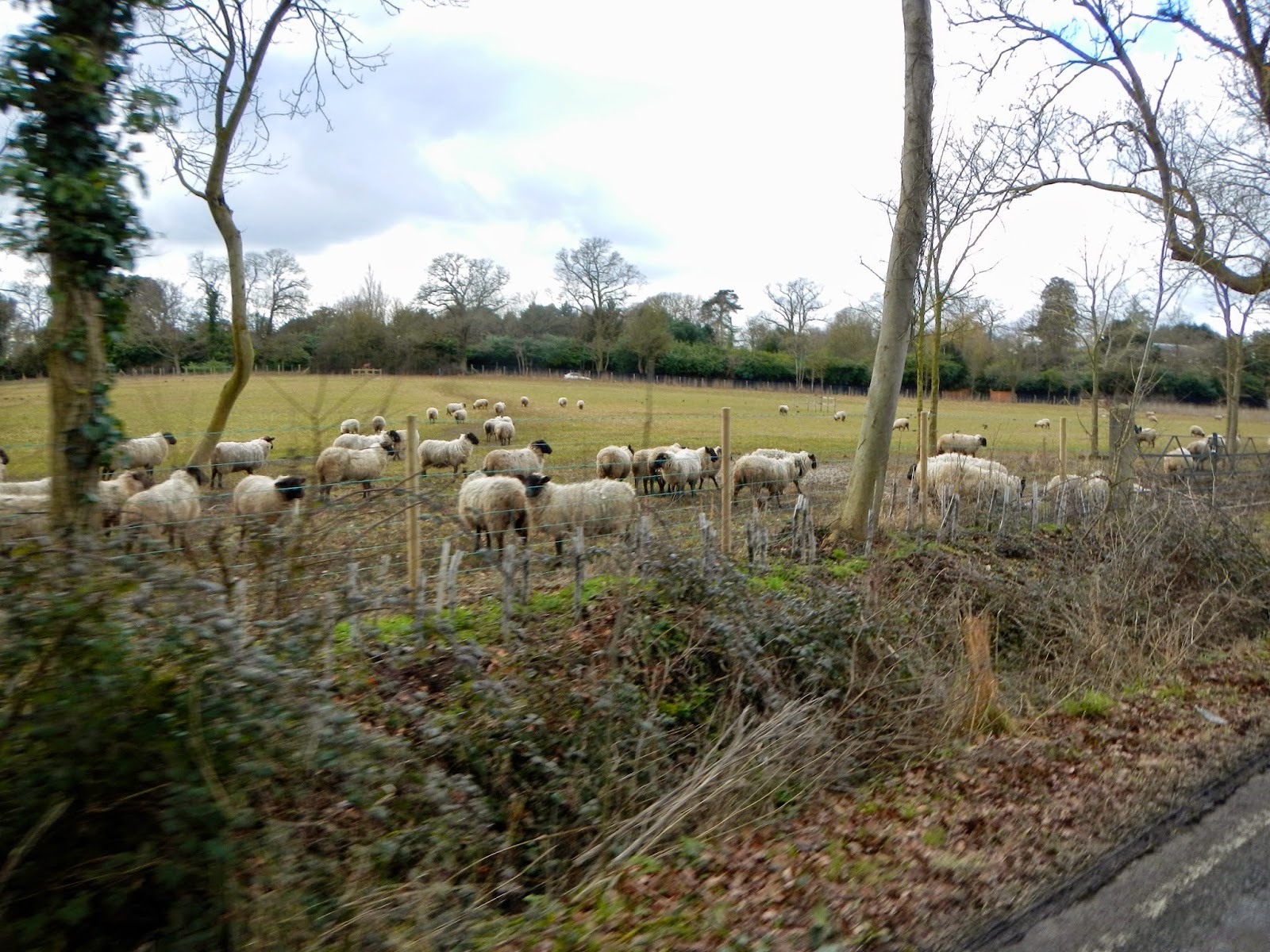 At just past Twyford we regrouped again. Unfortunately when the others arrived we heard that Anne had problem with her knee and was unable to continue. A great shame as she was looking her usual elegant and formidable self. Hope that you're all okay soon Anne!

After we set off we again thinned out. David went into the distance at about the 32 mile mark and I was not to see him or any other Bromptonians for the rest of the ride.

Cycling on and still mighty impressed that I had not got lost I headed for home. The roads were pretty quiet and I didn't really see too many other cyclists until I reached the end of the ride. On one long stretch of road I nearly came unstuck...

Being a keen birder in my formative years I noticed the welcome and lovely call of a Yellowhammer. As birds go, these are beauties. Eventually I spotted one, lifted my camera to take a photo and ended up veering into several muddy ruts to my left. How I managed to stay upright I do not know and as I wobbled left my first thought was that this was going to end in tears. Luckily all was okay and I pedalled hard out of it and continued.

With the back of the ride broken and 50 miles comping up I made the final push to complete the extra fours miles. With the entrance to the racecourse in sight I cycled through the archway and had completed the ride.

I think I finished at about 15:15 and knowing that it might be a while before the others completed I packed the car and headed for home.

This was a good ride and the second Evans Cycles Sportive I have taken part in. I have to report that they are very well organised rides. There is plenty of good food at the feed stations and the signage is excellent. Many thanks to them.

My fellow Bromptonians completed the ride too with Graham completing the longer 75 mile route. I was really pleased to have an average moving speed of 13.5 mph and who knows, if I had of left my camera at home I might have gone faster. Still, it wasn't a race and I enjoyed taking the photo, scenery and actually regretted not taking one of the bigger cameras. Next time perhaps?!

Thanks to my fellow Bromptonians for the company and I suspect we will do something similar very soon.