Dungeness is a location I have wanted to go and pay a visit for some time. I have seen photos from other cyclists and Bromptonians and decided that I needed to go. Back on June 16h, I did.

I managed to convince Dr John to come with me and we met  at St Pancras just after 08:00. Even at this time, things were pretty busy and the queues for Eurostar were massive. Dr John arrived shortly before I did and soon we were on the train. Managing to get some good bicycle specific seats we settled down for the almost quick hop to Ashford. 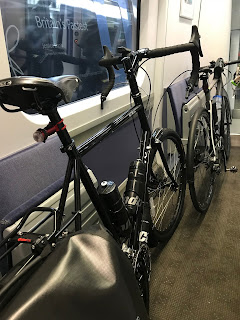 At Ashford we actually found some difficulty getting out of the station but thankfully managed to eventually find the route out.


The route I had chosen was a good one. There was quite a bit off-road on very pleasant cycle tracks. At one point we crossed a narrow gauge railway track and I could not resist a photo opportunity. I would not have been so keen to do this had I realised how rapidly this little train actually travelled!! On the way back we passed the same way and the little train thundered past believe me!

After about 15 miles or so we started to see the coastline and the barren landscape that is Dungeness. It was quite something and different in many ways to any seaside location I have been to. 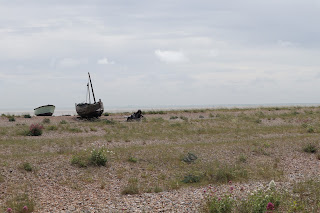 I was looking out for the cottage of the late Derek Jarman, Propect Cottage and before long I was gazing at it in all its glory.


Prospect Cottage was established by the late Derek Jarman back in (I think) the mid 1980's and I remember it being featured in various articles and television programmes over the years. 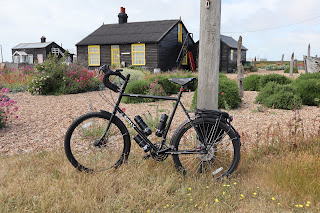 Even though I have seen it it print many times I had not seen it in the flesh as it were and I have to say I found it quite beautiful. 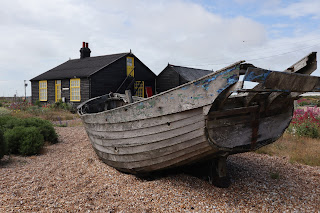 'The Rising Sun' by John Donne (1633) adorns one of the walls of the cottage:

Busie old foole, unruly Sunne,
Why dost thou thus,
Through windowes, and through curtains call on us?
Must to thy motion lovers’ seasons run?
Sawcy pedantique wretch, goe chide
Late schoole boyes and sowre prentices,
Goe tell Court-huntsmen, that the King will ride,
Call countrey ants to harvest offices;
Love, all alike, no season knows, nor clyme,
Nor houres, dayes, moneths, which are the rags of time…
Thou sunne art halfe as happy as wee,
In that the world’s contracted thus.
Thine age askes ease, and since thy duties bee
To warme the world, that’s done in warming us.
Shine here to us, and thou art everywhere;
This bed thy centre is, these walls thy spheare 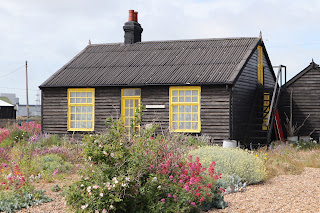 Having taken dozens of photos of the cottage and its garden, we pressed on towards the two lighthouses that along with the nuclear power station dominate the landscape. 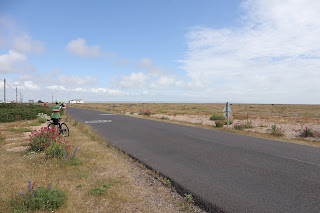 The first lighthouse you come across started in 1961 and made of precast concrete rings. It is still in operation and was automated in 1991. 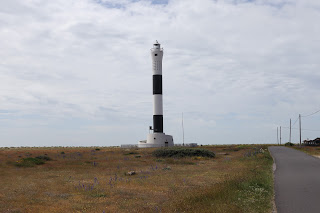 The second opened in 1904 and although no longer used as a lighthouse does serve as a visitors centre and I imagine it affords some pretty good views. I will endeavour to return to it another day. 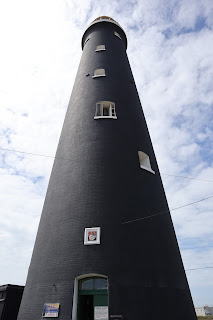 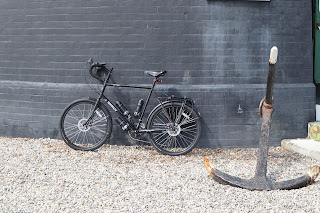 The power station had its licence extended to 2028 and is now owned and operated by EDF Energy. Believe it or not you can actually go on tours but I believe there are security checks that need to need to be gone through several weeks in advance of paying them a visit.

We were going to eat at a pub called the Britannia - the only one in Dungeness but sadly they were not serving food for another 40 minutes. We therefore decided to head towards the station where food was being served.

While we waited a small narrow gauge steam train pulled up and took several passengers on a short ride. This was the train I mentioned earlier and again I have to report it can certainly go at speed! 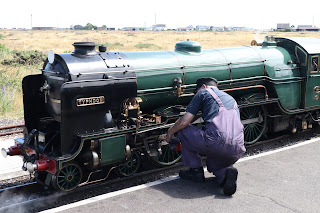 We were treated to a rather tasty cod and chips and feeling all the better for it we started to head back to Ashford Station. 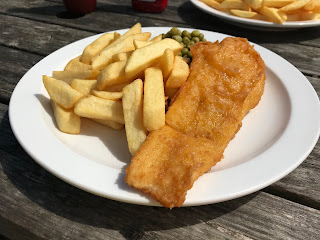 Before we left Dungeness the draw of the seaside was too much and we decided to explore its famous shingle beach. 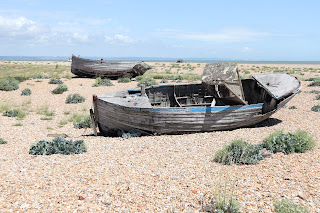 Old boats and various items of fishing equipment were being bleached over time in the warmth of the sun. 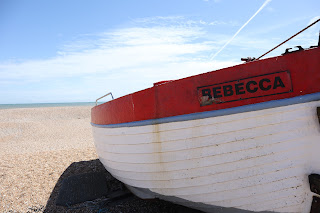 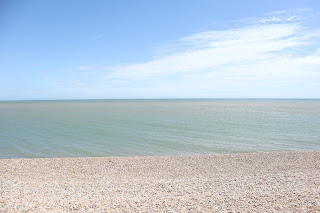 The landscape was unusual and not like any beach I had ever been to. Strange plants grew here and there, only adding to the uniqueness of the location. 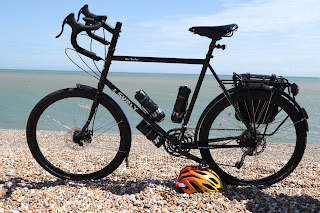 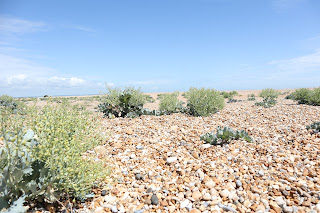 The route there and back was a good one. Quiet lanes and stunning Kent countryside. I liked Dungeness a great deal and as I cycled back towards Ashford I knew I would definitely return again. 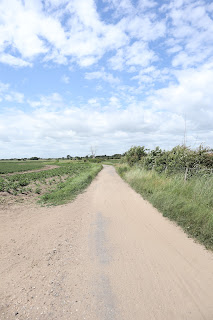 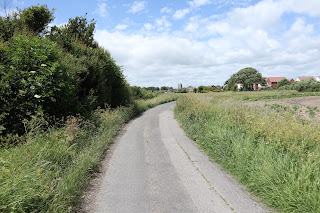 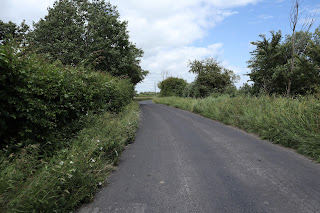 My 'Surly Disc Trucker' - the only bicycle I seem to be using at the moment - gave me reason to again assert that it is my favourite bike. It handles the road and the rough stuff quite easily and the rack and panniers make carrying whatever you want a breeze. 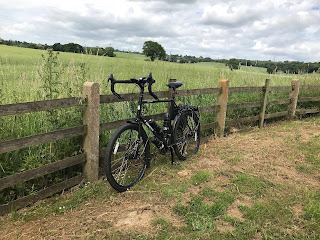 Arriving at Ashford Station we had cycled 42 miles. I enjoyed the ride, Dungeness and the company of Dr John. As stated, I am pretty sure I will do this ride again but next time perhaps a little longer. 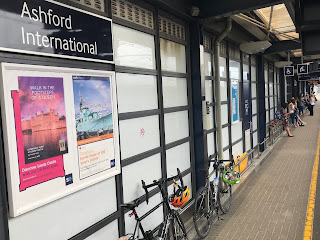