London to Maldon Overnight on an Orange Brompton

The week building up to Friday was hectic to say the least. The usual pattern on the day of the Friday night ride is for me to think about and look forward to it throughout the day. This Friday was a little different as it was very busy and consequently I didn't give it a thought until I returned home.

Getting my bike ready (my new Orange Special Edition) I retired to my bed to lie down for a nap. This lasted all of 30 minutes. Saying goodbye to Mrs Orange and the the Orangettes I headed off for the tube station for the short journey to central London.

My journey was thankfully uneventful, although one gentleman with a carrier bag full of strong tins of beer and one open in the other hand, eyed me and my bike with suspicion. I returned fired, giving him a withering look that all but said, how very dare you!

As I passed the Tate Modern I saw yet again another couple in the throngs of breaking up. There were tears and loud voices and again it struck me that this stretch of the River seems to be the place for this sort of thing.

I arrived at the meeting point in good time and soon Geoff - the only other participant of the old firm - arrived shortly after. 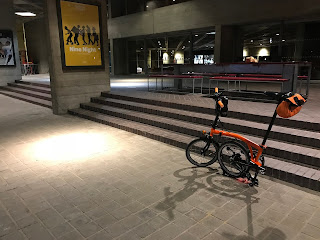 Our ride leader was Nick. He explained that this was his first time leading a ride. I have to say that he did an excellent job!! After the interactive safety talk, we were told to inspect our bikes - just in case - and almost on the stroke of midnight we were off. 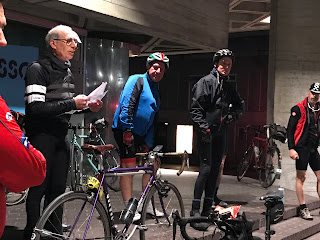 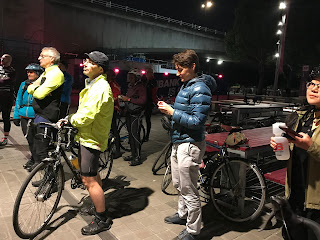 After the truly epic London to Felpham - which I bailed on - and its equally epic weather, Friday into Saturday morning was pure bliss in terms of weather. There was only the gentlest of breezes and it was Goldilocks in many ways - not too cold and not too hot.

Our ride leader Nick stated that he did not like hills. Although there were some, they were few and far between and the ride was - for a Friday night ride - almost devoid of them.

Progress was good and at a petrol station our arrival was greeted by a few gentleman who sang, chanted and asked to see various parts of our bodies.  It all happens on these sort of rides. 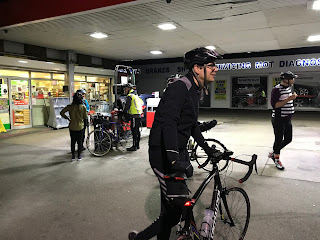 Geoff was on big wheels but despite this we spent much of the ride not far from each other chewing the fat about all sorts. The great thing about these rides is that you are never too far from someone to have a chat to - if you want to of course.

At I think Enfield we came to a stop and waited for the tail to catch up. A lone cyclist -James - going home on his bike (a pretty fine Mercian) enquired about what we were doing and where we were going. He liked the sound of it and ended up riding the rest of the journey with us. How brilliant is that! I chatted to him for a while. He was on his way home after a drink with friends when he saw us. Asking whether he had the ride on STRAVA he said that he did. Thankfully that all important evidence is there.

At just over 36 miles we reached the halfway stop 'The Village Tearoom' in Hatfield Heath. Well it was a little over halfway but who is counting. When we arrived it was just after 04:00 and dawn was approaching fast. 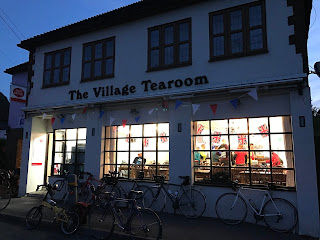 Inside we were treated to ham sandwiches and a choice of cake. I decided upon a slice of Bakewell that had raspberry seeds sprinkled on the icing. It was loverly! 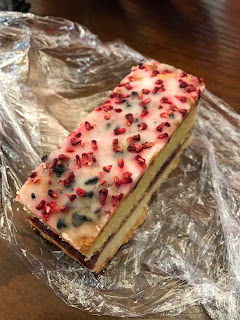 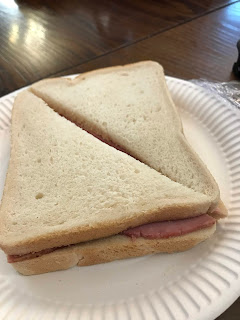 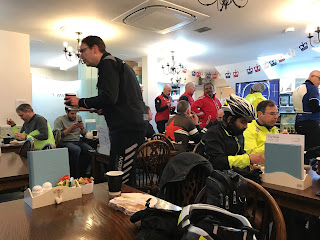 After spending about an hour we all got ready to go and outside the sun was just about shining and dawn had well and truly broken. 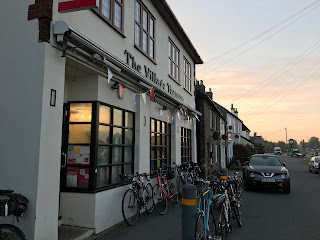 The last 30 miles were wonderful. With clear, blue skies and the sun shining the countryside looked beautiful. In the distance mist could be seen rising over a rural idyll. Villages came and went and ones eyes picked out the cutest cottages with thatched roofs. 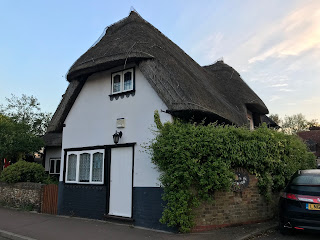 The miles seemed to fly by and near the turning to Hatfield Peverel a few got the train back to London while the rest pressed on. 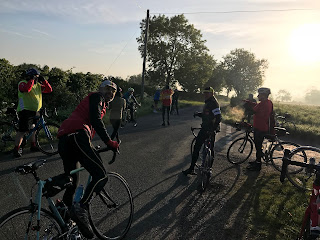 The last few miles done we arrived at the 'Jolly Sailor' in Maldon just after 08:00. I got in quick and ordered a breakfast for Geoff and I. Basking in the sun we enjoyed a full English and a cup of tea. 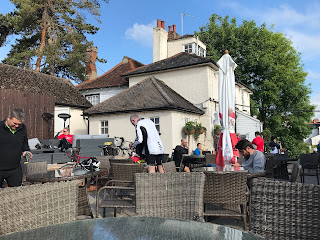 Saying goodbye to Geoff I made the 6 and a half mile journey back to Hatfield Peverel station using the WAHOO Bolt to navigate me there. Yet again it was faultless and gives me renewed confidence that I could actually get to A to Z without visiting a few more letters of the alphabet!! 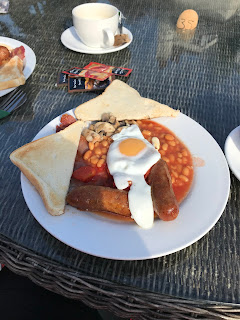 I arrived at the station with plenty of time to spare and boarded the 09:33 train to Liverpool Street. Getting home just after 11:00 it was a trouble-free journey. 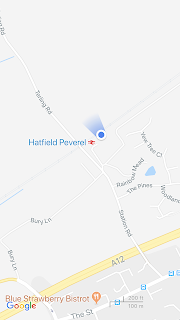 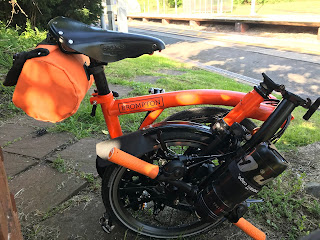 At just under 65 miles this was a great ride and I really enjoyed it. I hope that the powers that be consider London to Maldon  to be featured in rides next year. Special thanks to Nick for a great route and for leading this ride.

As always many thanks to Geoff for his company. Until next time. Like London to Maldon, the next time will be uncharted territory!! 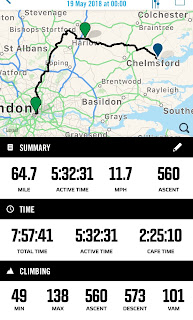