Friday 27th April was a very busy day for me. I had to be up at stupid o'clock to attend an all day event in central London and then rush home to try and get prepared for a nocturnal adventure to Felpham. As I travelled home on the tube I had no idea of the events that would take place later on!

I decided to leave my new Orange Brompton at home mainly as I had not taken my trusty P-type out yet on any of these adventures. Saying goodbye to Mrs Orange and the Orangettes it was raining as I stepped foot outside my house and as I cycled down the road I wondered if I should have taken some overshoes. As I reached the tube station for the short journey, thoughts of this and the weather were removed from my mind as I looked forward to what the evening had install. 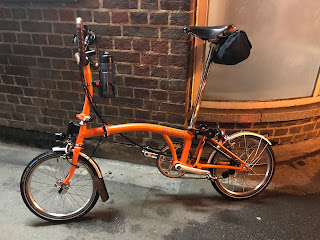 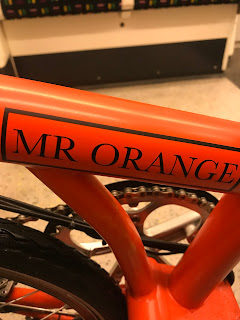 I arrived in good time and made my way to the South Bank. Under the shelter of buildings I could see that the rain was still falling. Dr John was already there when I arrived on his rather fine Whyte carbon road bike. Soon after Geoff arrived on his steel Ribble. I have to confess to missing my Condor road bike but wanting to go back to my roots for these rides was glad I had taken the Brompton. More on that later! 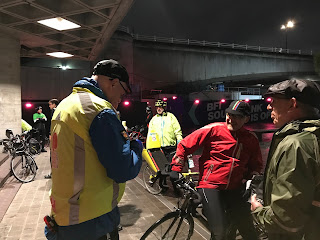 Our names were ticked off the list, interactive safety talk delivered and just after midnight we were off heading towards Felpham in a fairly constant drizzle. 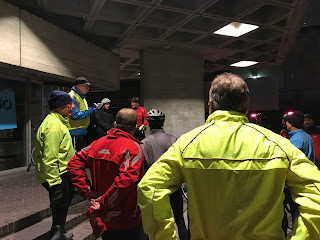 As you may have already guessed, due to the weather conditions there was very little opportunity (or desire) to take many photographs. The rain fell and fell continuously until the half way point. I was cold and wet within an hour of cycling but I always take the attitude that skin is waterproof so what is the worst that can happen.

I cannot say with any accuracy when it happened but I'd guess 7 miles into the ride the shifter that moves the chain from one cog to the other and thus giving thee Brompton 6 very useful gears started to be very hit and miss. not long after this the shifter didn't shift at all. This meant I was down to 3x gears that were not spaced too well for some of the hills on this ride. Sadly Brompton bikes with smaller wheels, lower to the ground sometimes suffer from poor weather conditions where all manner of crud gets into places it should not and thus clogs things up. Of course this has happened to me before so I just carried on. 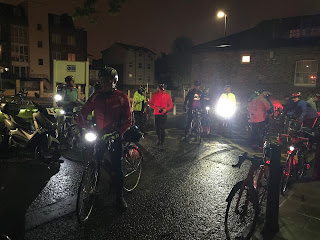 There were a few tasty hills on this ride - which I enjoy but it was hard going. There was one very, very steep descent that was quite terrifying in these weather conditions. The descent was bad enough but there were also gravel and a pretty bad road surface. The addition of rain made things even more demanding. About half way down it got steeper and I could see a hazy-fog swirling around. My front lights simply bounced off this resulting in me making my descent unable to see a great deal of what was coming next!

Thankfully we made it down and not too long after this the sanctuary of the Scout Hut. With stops for mechanicals and punctures, progress had been slow and having covered only 28 miles by the time we reached the halfway stop at about 04:20.

The food was wonderful and gratefully received by all. Many thanks to the team of volunteers who got up to greet us and prepare all that lovely food.

About an hour later we emerged from the warmth of the Scout Hut into a light drizzle and cold. A few people called it a day at this point. I felt the cold and wanted to get going to try and warm up. My legs, more specifically my left knee started to feel the strain of trying to cycle with just three gears. I was starting to slow down.

Passing Three Bridges Station I remember saying to Dr John that I might bail at this point but we carried on. I was getting ever slower. I could not keep up with Dr John and Geoff and was longing for the joys of my Condor road bike. Gradually the pack got further and further away. I was about 50 metres behind the back of the pack and for a few miles I was actually riding with the Tail End Charlies and struggling doing that.

With Horsham Station in sight I bailed at just 41 miles. Oh, the shame of it! 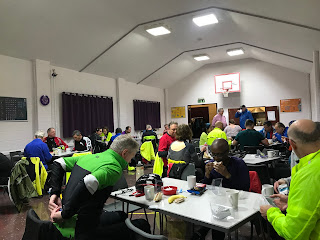 On this stretch of the line there was a bus replacement service that meant I would have to wait for it to take me back to Three Bridges. With a bus almost to myself I folded my Brompton and after what seemed like an eternity I arrived back at Three Bridges! 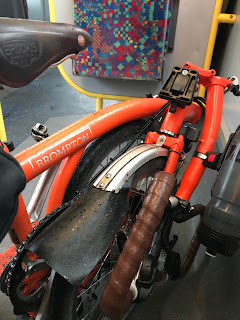 I managed to get the 07:35 train which was surprisingly busy for this time of the morning. 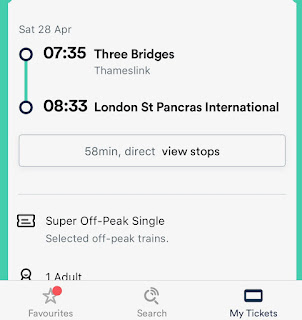 At St Pancras I knew that I had to cycle a few miles. Progress was slow and my left knee made it very clear that it was not up to a great deal of exertion! Once home I had a quick bath and got a bag of frozen pees to place on my knee. Thankfully all seemed to be back to normal pretty quickly.

Later on, having a look at my bike there was a huge amount of dirt in the cogs, chain and shifter. In addition to that the cable had come out of its little housing. After a thorough cleaning, all was good in the world and I had a well behaved and loyal Brompton again.

This goes down as one of my most demanding rides for a long time. There were times on this ride where I longed for my Condor road bike. I fact, my desire to complete all of the 2018 night rides to the coast on a Brompton was dented slightly.

Many thanks to our ride leader and his Tail End Charlies. Also thanks to Geoff and Dr John for their company. The next ride is in the middle of May and I look forward to it...whatever the weather!! 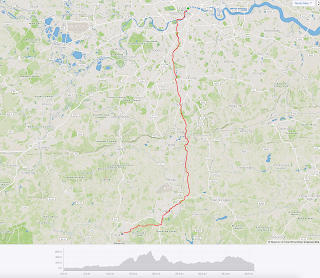