The wait to get on my Brompton has been long and Saturday morning was to be my first proper ride since 17th October. This has become rather important as for reasons too complex to go into, I am still unable to drive and doubtful for some considerable time to come.


Andrew, my partner in crime heard that I was planning an adventure from Trafalgar Square to the Thames Flood Barrier and back and decided to provide some company. I have to say I was very grateful for this and it was great to see him again.

Cycling from Baker Street Tube Station I briefly headed along Oxford Street at about 07:20 and more or less had the place to myself. I did however stop to take a picture of some Christmas street decorations. These will almost certainly be visited during the fabled and much looked forward to, 'Christmas Lights All Night Ride' and I couldn't help but think of it.

As I stopped to take a photo or two, I was soon joined by two and then three other people who stood directly behind me taking a photo of the same view. Great minds and all that. 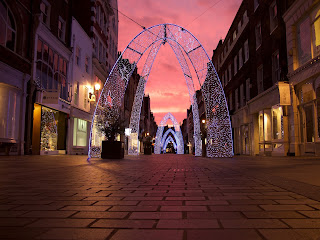 By the time I reached Trafalgar Square the sun had risen enough to illuminate proceedings a little further as street entertainers considered when it might be appropriate to set up their acts.

Andrew was fashionably late - as usual - but needing to get back at a certain time I was moments away from heading off when I saw him heading into view. 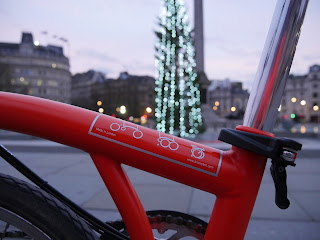 Our first stop was the floor level fountains with views of the Tower of London and the City skyline. We more or less had the place to ourselves as bemused security guards considered what we were doing, what we had ridden on and why? 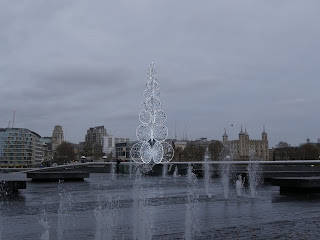 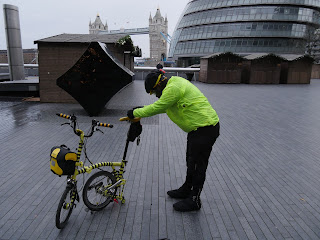 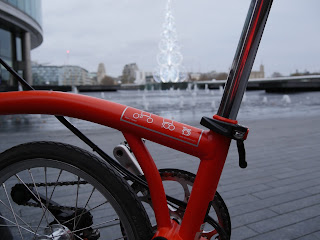 Heading further east along the river Thames we revisited many familiar sights seen on countless rides to various destinations. It is a view I know I will not tire of and it does not matter how many times I see it. Having been unable to go out on a cycle ride for so long I vowed that my first ride would be to the Thames Barrier and back. 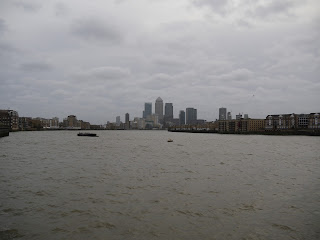 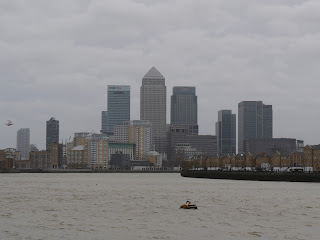 The ride along the Thames is ever changing. In the four years or so since this has become and well tested route. Developments seem to be constantly going up.

As we got closer to the O2 Arena Cormorants in their own riverside accommodation flew away disapprovingly at two chaps on Brompton bicycles taking pictures. 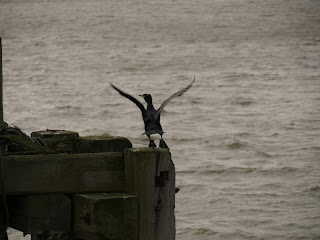 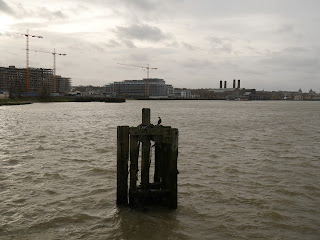 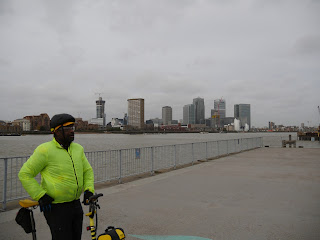 We reached the Thames Barrier just before 10:00 and decided to take a few pictures. The sky was very cloudy and had an unusual colour to it. Rain was not forecast but it did seem as if it could start pouring at any moment. 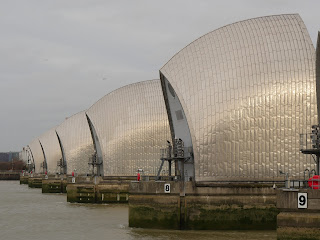 The wind was strong at the start of the ride but seemed to gather more power as time went by. There were times when cycling became difficult, pedalling become hard and another and another gear was required. 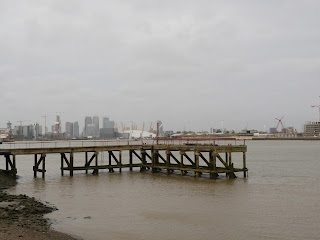 We arrive at the Thames Barrier Visitor Centre and Cafe just after 10:00 but discovered that it opened half an hour later. Not being the sort of person to just wait around, I suggested we head for the free car ferry that runs daily to travel on the river. Andrew being much like me decided this was a good idea. 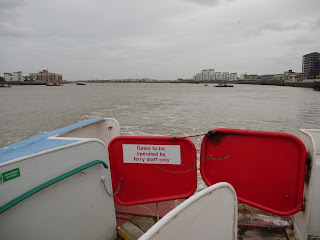 The car ferry across the Thames is quite quick and free of charge. It is a great way to get a different perspective. 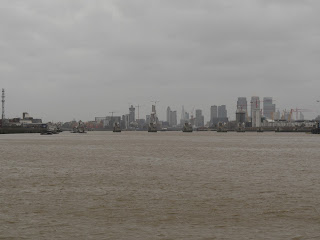 The views are pretty good too and once on the other side we headed towards the Woolwich foot tunnel that runs under the Thames. This would be the second time we had done this as we had already gone sued there Greenwich foot tunnel. The Greenwich tunnel is not as long and always much busier. If you are ever down that way, do experience both. 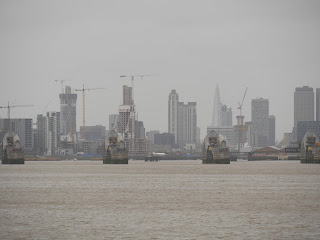 We returned to the Thames Barrier Visitor Centre and Cafe where we partook in some rather good and welcome refreshment. I had suggested that we take the Thames Clipper back to central London but with my hand feeling okay I suggested we cycle back.

I think that it was when we neared Wapping the battery on my Garmin 810 died. In all I think we cycled 30 miles - about 35 in total if you take cycling to and from stations.


Near Barbican we said out goodbyes. I was pleased to be out on a Brompton adventure and the company of my partner in crime made it all the better. 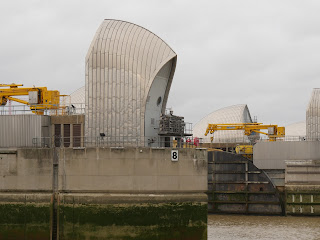 I now look forward to the Christmas Light all night ride and know that it will be great regardless of weather. Hopefully I will repeat this ride again soon as it is a particular favourite of mine. My hand didn't suffer too afterwards but in truth I should have perhaps gone on a ride covering less miles. That being said I'm back...at last!!

You can view the map and rode data by clicking on the link below.