Regular reader will know that I like my nocturnal rides and for me having a good jacket that keeps the rain out, provides a little warmth and allows other road users to see you is a must. I have been a huge fan of 'Proviz' ever since I bought their 'Nightrider' jacket - in orange of course. Their 'Reflect 360' was a game changer was and is a totally brilliant jacket but Proviz being the company they are not to stand too still, have recently brought out their Reflect 360+

Initial impressions would make you think that there isn't a huge difference between the jackets but believe me there are. First up is the cut. The Reflect 360+ has a closer fitting cut, nothing too drastic but definitely a more tailored fit. For me at least this is a good thing. My other Proviz jackets were mediums but this one is a large, so keep that in mind if you are getting one yourself.

The tail at the back is deliberately longer as are the arms resulting in really good fit when in the riding position. 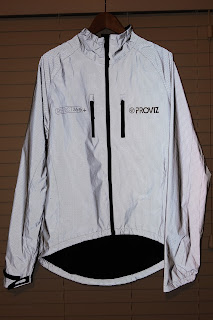 One thing that hasn't changed is the quite astonishing reflective qualities of the jacket. The material uses millions of tiny glass beads that turns the jacket almost white. This has to be seen to be believed and on my recent Oxford to London ride I must have appeared as a spectral apparition to cars and pedestrians.

One thing you need to get used to when wearing this jacket is the stares from people who can't quite understand whether you are wearing some sort of battery powered jacket. Another phenomena, is that if you stop at traffic lights etc.., you might get a few enquires as to where you got your jacket. 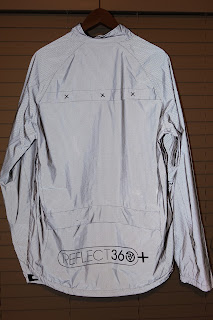 If the original Reflect 360 jacket had a weak point it was that it wasn't the most breathable of jackets. I have to say that with a good merino base layer I was totally fine, even cycling at speed over many miles. For some it was however an issue. The Reflect 360+ has a meshed outer layer, as seem by the little dots all across the surface material. This new outer layer is a great deal more breathable. On the Oxford ride I didn't feel hot and there was no dampness on the back of the jacket.

I have been using this on daily nocturnal training rides and I have to report it definitely is more breathable than the original. 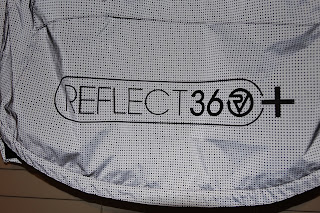 The 360+ has a generous rear zipped pocket and two chest pockets. If you are using this jacket in warmer seasons, you can actually use these pockets as extra vents. 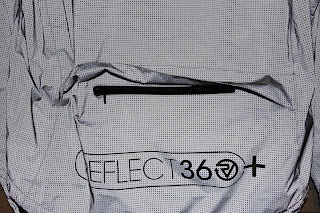 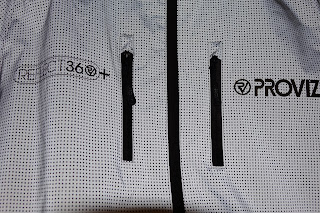 The zips are good quality and the neck zip is parked and goes up a good way to keep you warm. 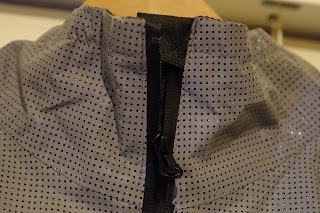 The quality extends to the cuffs. They are strong and allow the cuff to be adjusted to your personal comfort settings. 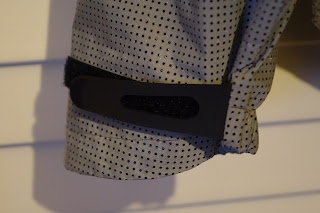 The 30cm zipped underarm vents allow extra airflow if you need it. 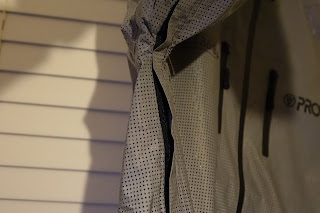 The waist is fully adjustable via an elastic cord and two fasteners. The lining is the soft mesh type that further helps with breathability. 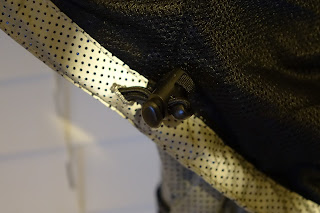 The Reflect 360+ really is a brilliant jacket and is one that zips over a number of key essentials:


The Reflect 360+ retails at £109.99 and Proviz often have offers to reduce this price. I believe there is currently a 10% discount.

Proviz sent me this jacket for review purposes but I have to say I think it is worth every penny. I have seen lots of other jackets out there that have a quite pathetic amount of reflective material, or are like wearing a sail as the cut is rubbish. In addition to this I have bought jackets in the past that are not that good at keeping you dry and / or bake you as you cycle along. The Reflect 360 (which I still own by the way) is still an excellent jacket but Proviz have managed to take a near perfect jacket and make it even better with the Reflect 360+  It might just be the Holy Grail of cycling jackets?

Many thanks for Proviz for letting me review this jacket. I have posted a link to the Proviz website should you want to check it out for yourself. 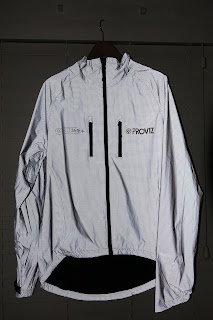