Last night I joined a select band of intrepid sorts for a return to Box Hill. The journey from Kew Gardens (our meeting point) to Box Hill and back is alway enjoyable and very much an adventure, so I was looking forward to this sojourn.

I arrived at Kew Gardens just after 18:00 and it was not long before I saw the familiar sight of David, who had organised this ride. Sadly, Anne was unable to come but before long James, Matt and Mark had arrived. I was especially pleased to see Mark as it has been an age since we have been on a ride together.

We set off just after 18:30 with a dampness in the air. It was hard to believe that it was November as it was so mild. It didn't rain all night but the roads were damp from previously showers and the general dampness that hung in the air.

Again my Orange P type was out for another adventure and I am becoming almost inseparable from it. My poor Titanium Orange Brompton is gathering dust at present and still has its summer footwear - Kojak tyres.

We cycled at a good pace considering the roads were somewhat greasey. As we cycled under bridges and archways that uncontrollable urge to ding ones bell took over and several dings later we had got it out of our systems.

The roads were fairly quiet on our way to Box Hill and were making excellent time. There were no mechanical issues and everyone seemed happy to have short breaks.

I mention mechanical issues for good reason. If you search my previous blog posts for Box Hill you will encounter the woefully tragedy of my chain snapping not far from Box Hill. This saw me walking / running up Box Hill only to later have the indignity of getting a taxi back to Kew Gardens. Ever since this, on all other rides to this location I carry a spare chain. Yes you read correctly. Not a a small length of chain to make good a repair...a full chain!!

One route to Box Hill David and I were a little disappointed that a landmark in the form of the 'Cock Inn' had now gone upmarket and renamed and perhaps rebranded to 'Headley Hills Restaurant and Bar.' A pity on many levels!

Before long we arrived at the base of Box Hill. I have now lost count of the number of times I have made the ascent to the top but all have been great fun. This was my first outing with my P type and it faired pretty well. Again I found myself spinning out - even when ascending Box Hill - with my 44T chainring. I keep saying that I hate it - and I do for this very reason - and I also keep saying I will have to change it over - which I must get round to doing!

David was his usual quite astonishing self and was off ahead into the distance. I followed at a good pace and felt that it was actually my fastest ascent to date. As I cycled up the twisting and turning road in the pitch black you would think that there would be little to distract. You would be wrong. Owls hooted, foxes screeched, small rodent creatures darted across my path and looks skyward afforded views of the stars almost impossible in central London.

Once at the top we all assembled and made our way to the 'Smith and Western' pub/restaurant. This is in my opinion one of the THE places to visit. Nothing in life really prepares you for a Country and Western themed restaurant at this location! Box Hill and its famous view appeared in a Jane Austen novel and I alway wonder what she and her fictional characters would make of it?!

As we entered country music - something by Dolly Parton - filled the air, instantly creating the necessary atmosphere to transport one to somewhere in the United States of America. I have yet to visit this wonderful country but it is a long held ambition. I alter between wanting my first visit to be New York  and then something more suited to its recent history, Tombstone for example. 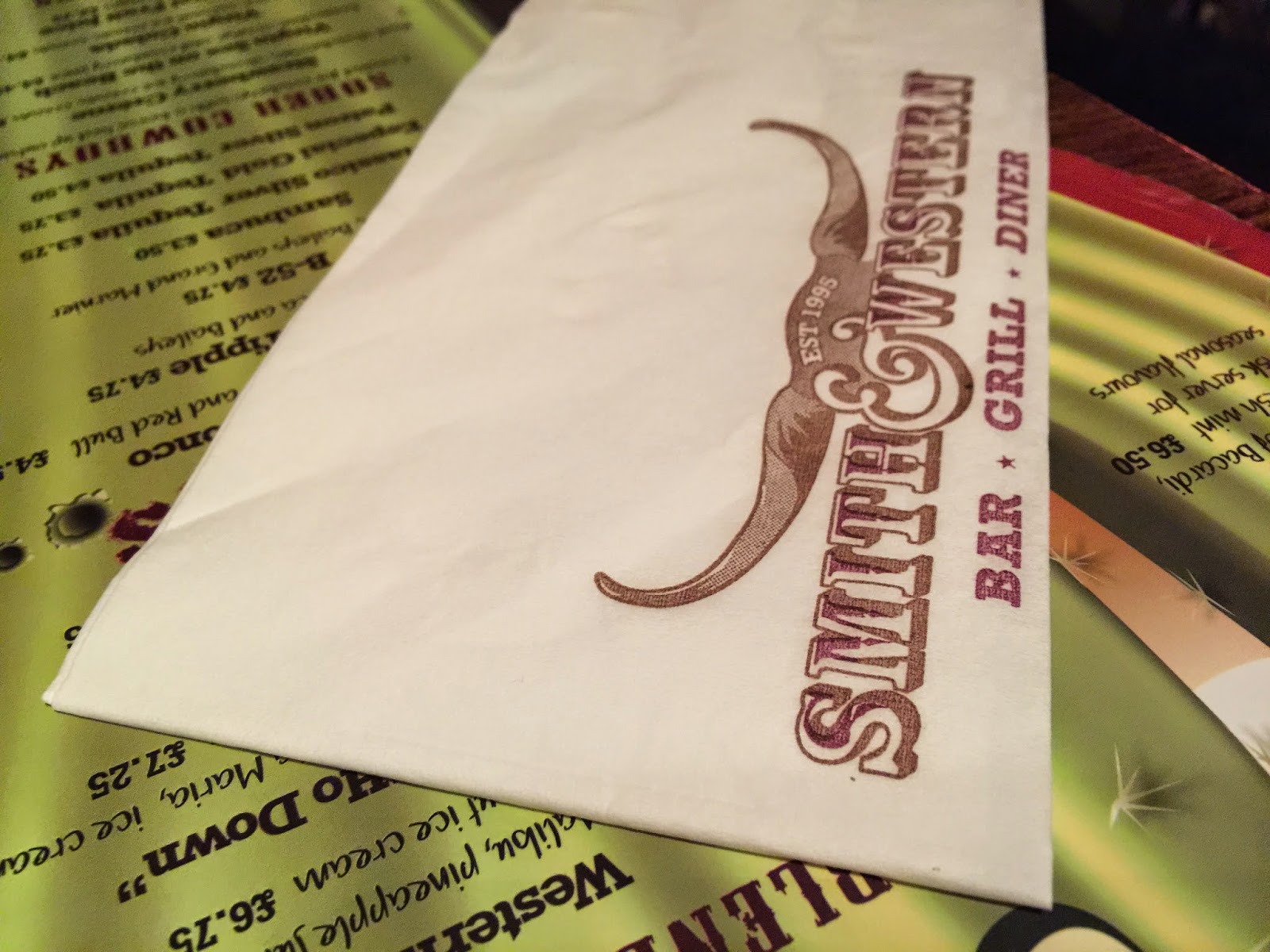 We sat at our table and had a good view of the gaol, with authentic steel bars where one could perhaps enjoy an enhanced experience. It must be said that we looked upon this with mild envy. Perhaps next time?


People with birthdays - and there were lots - were greeted with their large desert ice cream carried by several members of staff, shouting out 'yeah-ha' and with one hitting a large triangle with enthusiasm. Our conversation turned to who might have a birthday to celebrate for our next visit?!

Sadly, all good things come to an end and with our meal over we departed and got prepped for the ride home. As always, after spending some time indoors I felt cold and my Proviz 360 jacket was put back on.

Our journey back was as always at a good pace and this time David had found a route that bypassed the dreaded 'badlands.' This is essentially a muddy track through a wooded copse. I imagine in the middle of summer it would be fine but the last few times we have use it for the Box Hill run, it has been horrendous!

From Epsom onwards my longhand belief that I have lead a sheltered life gained some weight...again. Various youths shouted, gestured and staggered around in a highly vocal manner and to me looked like participants in a university Rag Week that had somehow been extended! Things didn't get much better when we passed Kingston. As we neared Richmond, several very large (tall and fat) rugby types lolled around after seeing the match at Twickenham. It was with a sense of relief that we reached Kew Gardens in one piece.

As per usual this was a highly enjoyable adventure and yet again I have conquered Box Hill. I have to say that I do howe that it isn't the last time we pay a visit to Box Hill in 2014. I am certain that it will feature in 2015!

The map and ride data can be viewed by clicking on the link below: