I recently wrote a review about the Proviz Nightrider in which I described it as the greatest cycling jacket ever. (Link to that blog post/review can be found below at the end of this post). I stand by those words. It is a brilliant jacket and will serve me well. However, the very kind people at Proviz sent me a similar jacket in their range called the 'Reflect 360' so that I could review it too.

The Reflet 360 is similar to the Nightrider and putting it on it felt as well cut and sized as the Nightrider jacket. The addition of a couple of very useful chest pockets is perhaps the only cosmetic difference between the two jackets.

My orange Nightrider jacket had a huge coverage of reflective elements, making it a brilliant commuter jacket, night rides or winter when the days are shorter. The Reflect 360 as you can see from the pictures takes this further...much further!

Rather than a few reflective elements, the entire jacket has a 100% outer shell. Everything reflects. When I tried the jacket on for the first time I found this astonishing. Any light falling on to the jacket seemed to reflect back. Even in daylight the jacket seems to reflect any available light.

The reaction of my family as I stood in our back garden wearing the Reflect 360 as they shone LED lights and torches at me was very telling. They couldn't quite believe how much I was lit up. I ended up staying outside longer than I intended while my two daughters experimented.

The pictures do not really do the reflective qualities justice. In real world use the jacket appears near white in the dark.


The jacket is highly water resistant and like the Nightrider it has zipped air vents under the arms for when you get too hot. The inside is lined with the mesh and everything seems well thought out. Many cycling jackets often overlooked key features such as fleece lined collar, longer cut tail and arms but they are all present and correct in the Reflect 360.


I do have a confession to make. A certain high end cycle clothing manufacturer was having its end of season sale and yesterday I was in their London shop trying on one of their waterproof commuter jackets. It was a lovely jacket but I couldn't help thinking that I preferred the Nightrider and this Reflect 360. I ended up leaving the shop without it. 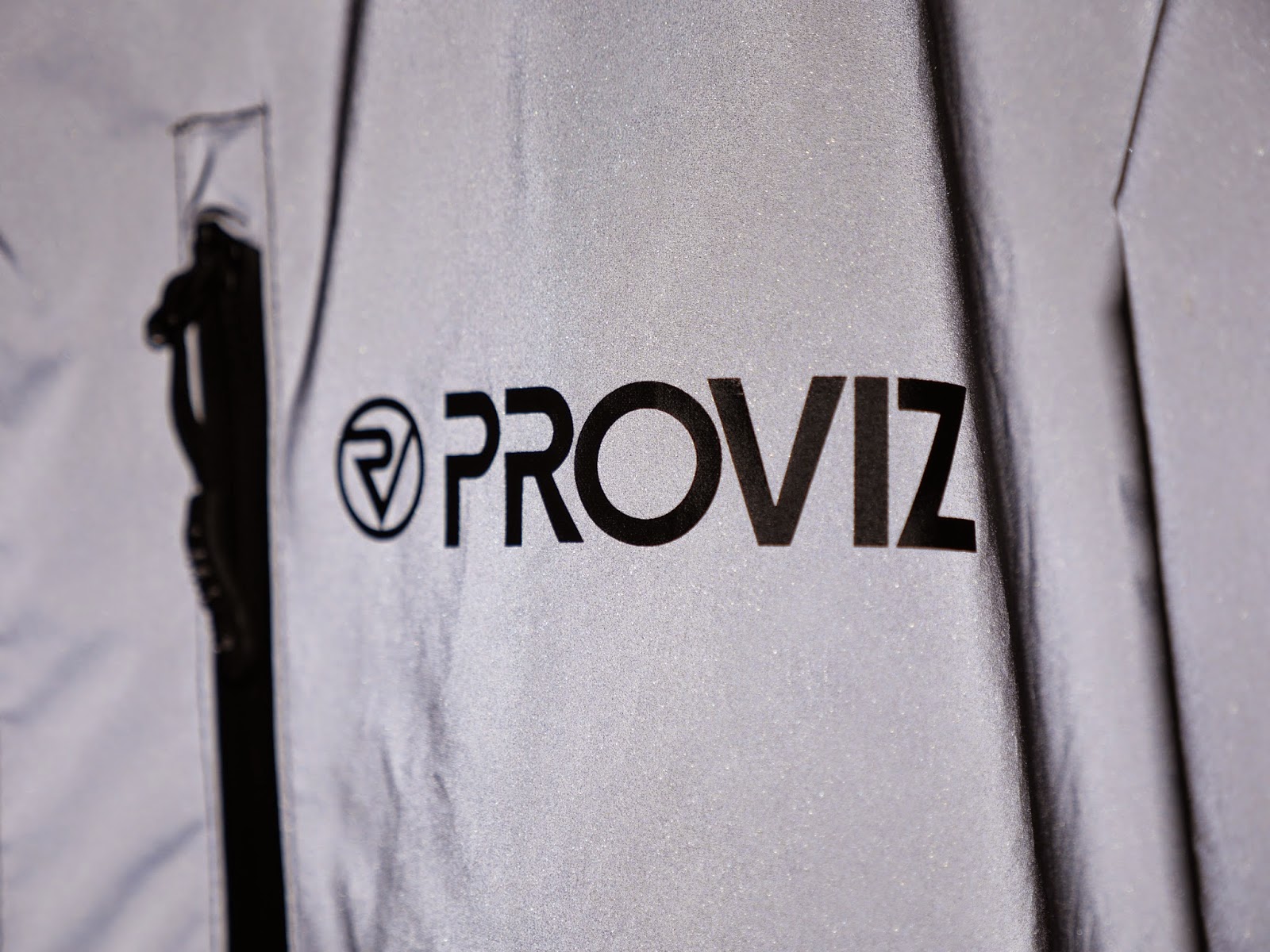 On my blog post about the 'Nightrider' jacket I had a few comments about the breathability. The Nightrider and this Reflect 360 are not going to compete with high end, more expensive jackets with all manner of special coatings etc.., but they are pretty good.

I pointed out to one person who commented that I cycled 67 miles overnight from London to Whitstable at an average speed of 12.8 mph with an average temperature of 12 degrees C and didn't suffer from sweating or feelings of being too hot . The underarm vents, built in ventilation on the shoulders/back together with opening or closing the front zip, all work well.

Our recent warm weather spell has meant that the Reflect 360 has more or less stayed at home and it has been too hot to use it. I have used it when having to return to work for a late meeting and it does almost feel as if the jacket is powered by batteries. I caught my reflection in a shop window and the top half of me was bright white. At some point I will take a photo of this and post it on here.

In a few weeks time my daily commute will see me cycle to work in the dark and cycle home in the dark. This jacket will certainly make me more visible to other road users. If you add the waterproofing, well thought out cut specifically tailored for cycling, you have a winning combination.   I go on quite a lot of night rides in addition to my daily commute and this jacket when cycling on a country lane, in the rain at say 03:00 a.m. is going to help me be more visible.

The Proviz website shows lots of other items in the Reflect 360 range - rucksacks, vests, filets, running jackets - and I hope to bring you a review of some of these items in the future.

Link to my first Proviz Cycling Jacket Review
at September 21, 2014