A Birds Eye View of London

A few weeks ago I have the opportunity to gain a birds eye view of London few are fortunate enough to see. Of course I took my camera with me so I could take a few snaps.

I have seen this view a few times before but little prepares you for it. In many ways it is somewhat overwhelming and there is so much to see, so much that is familiar one doesn't know where to start? A first port of call is to pick out the many iconic London landmarks - River Thames, Gherkin, Canary Wharf, St Paul's Cathedral...the list just goes on and on. 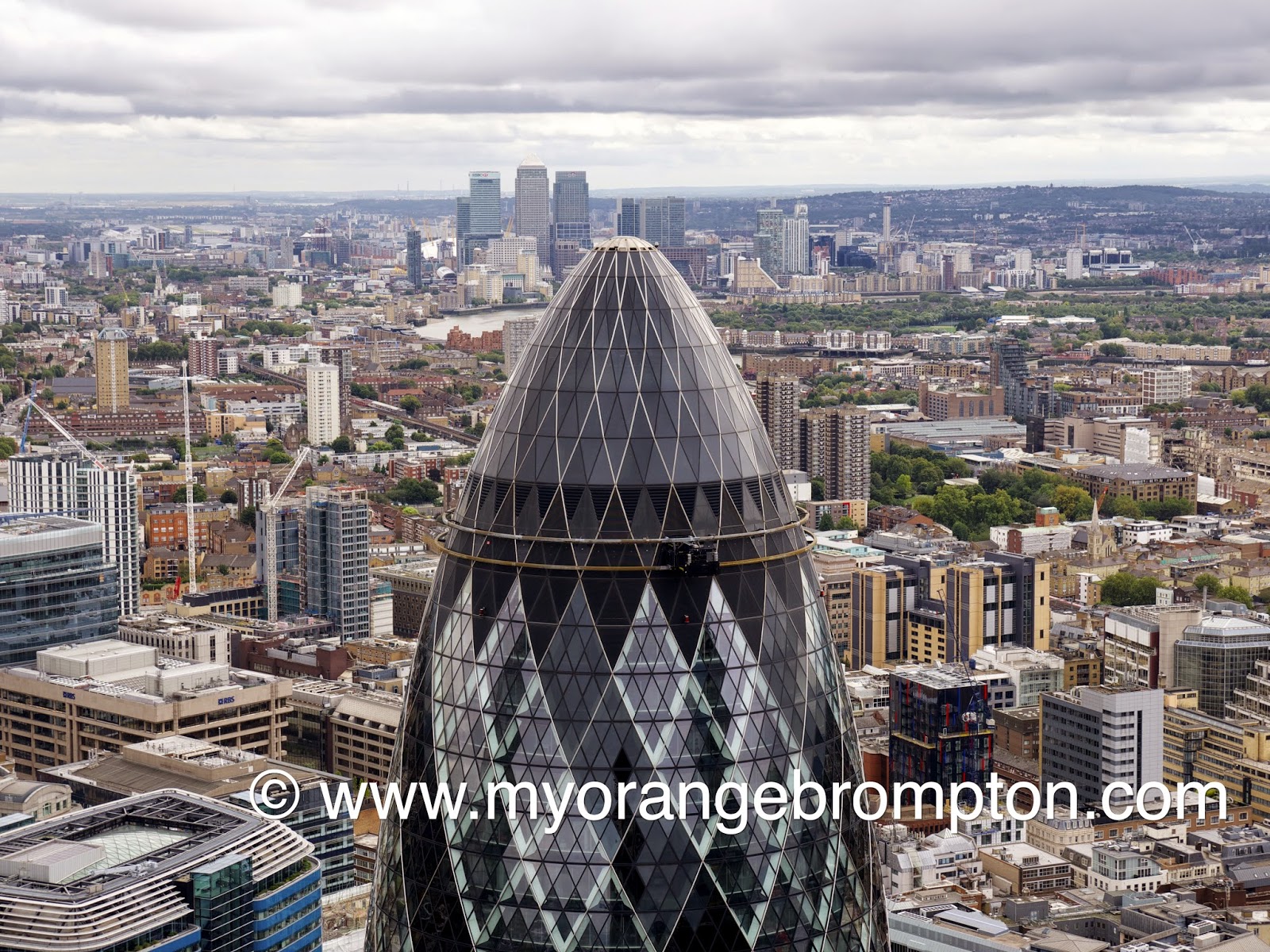 After doing this my attention turned to spotting where my mum and dad lived and various other family members. 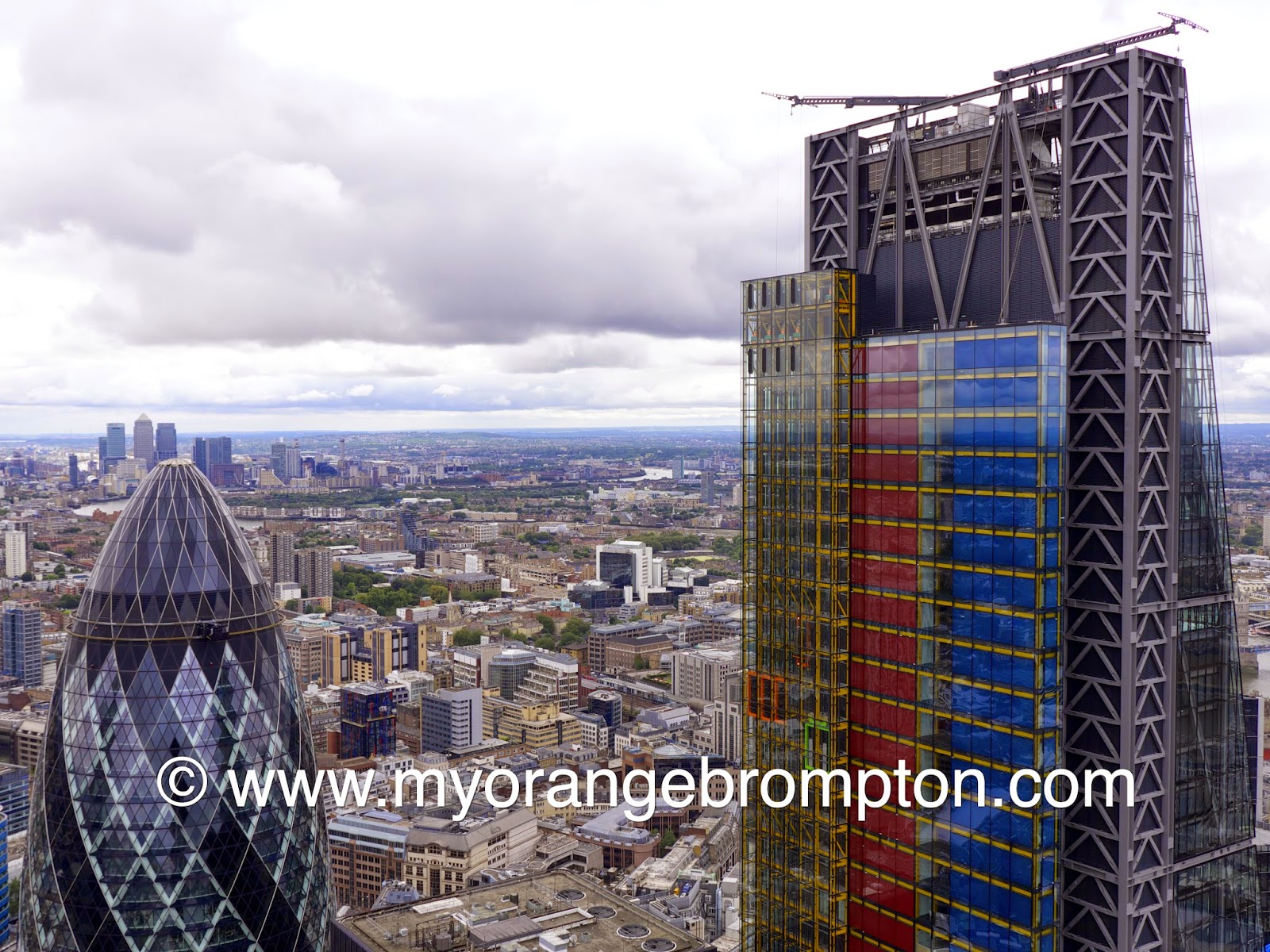 One of the features of London over the years is that it mixes the old and the new. It is ever changing and evidence of the new is all around. 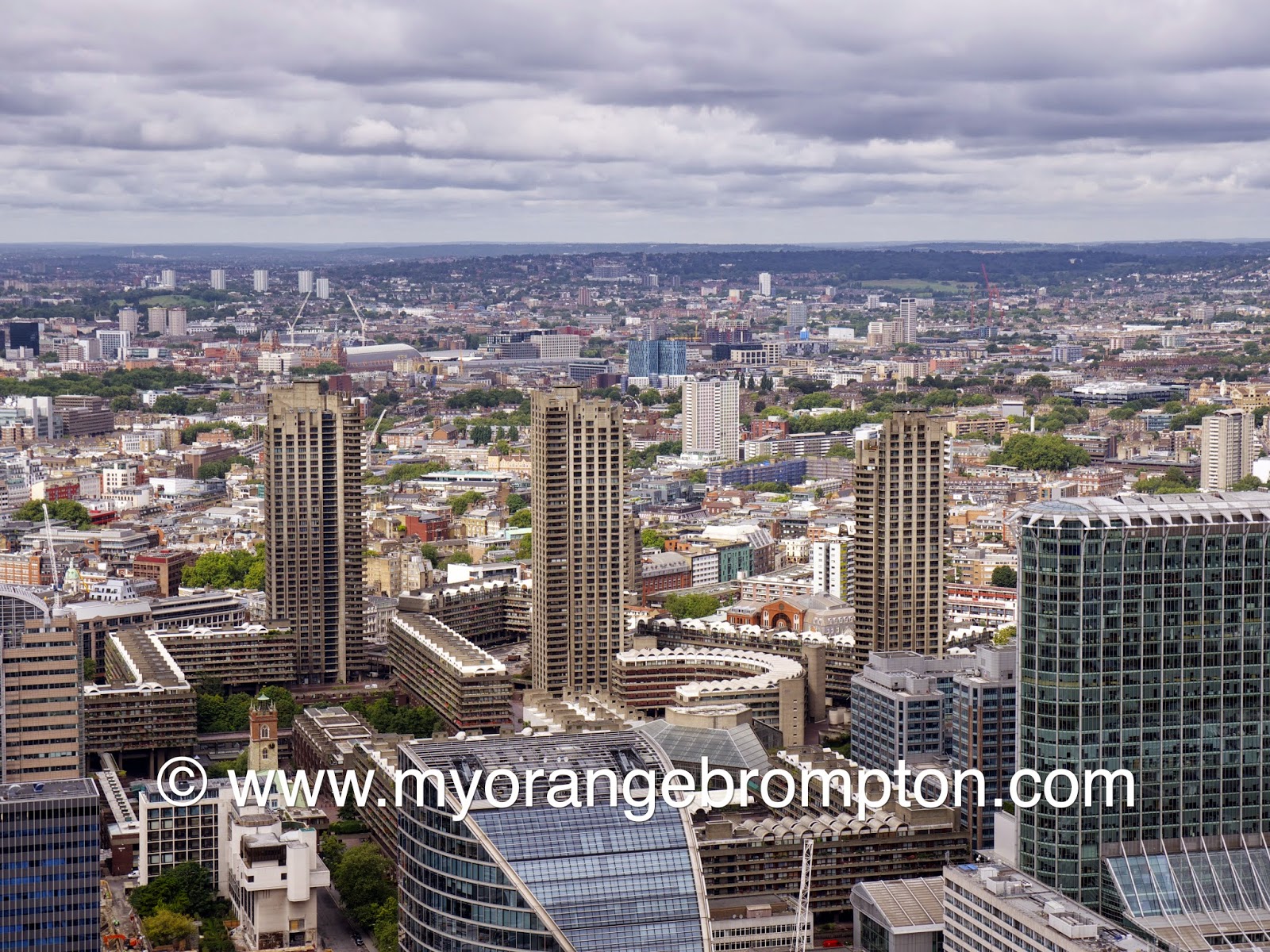 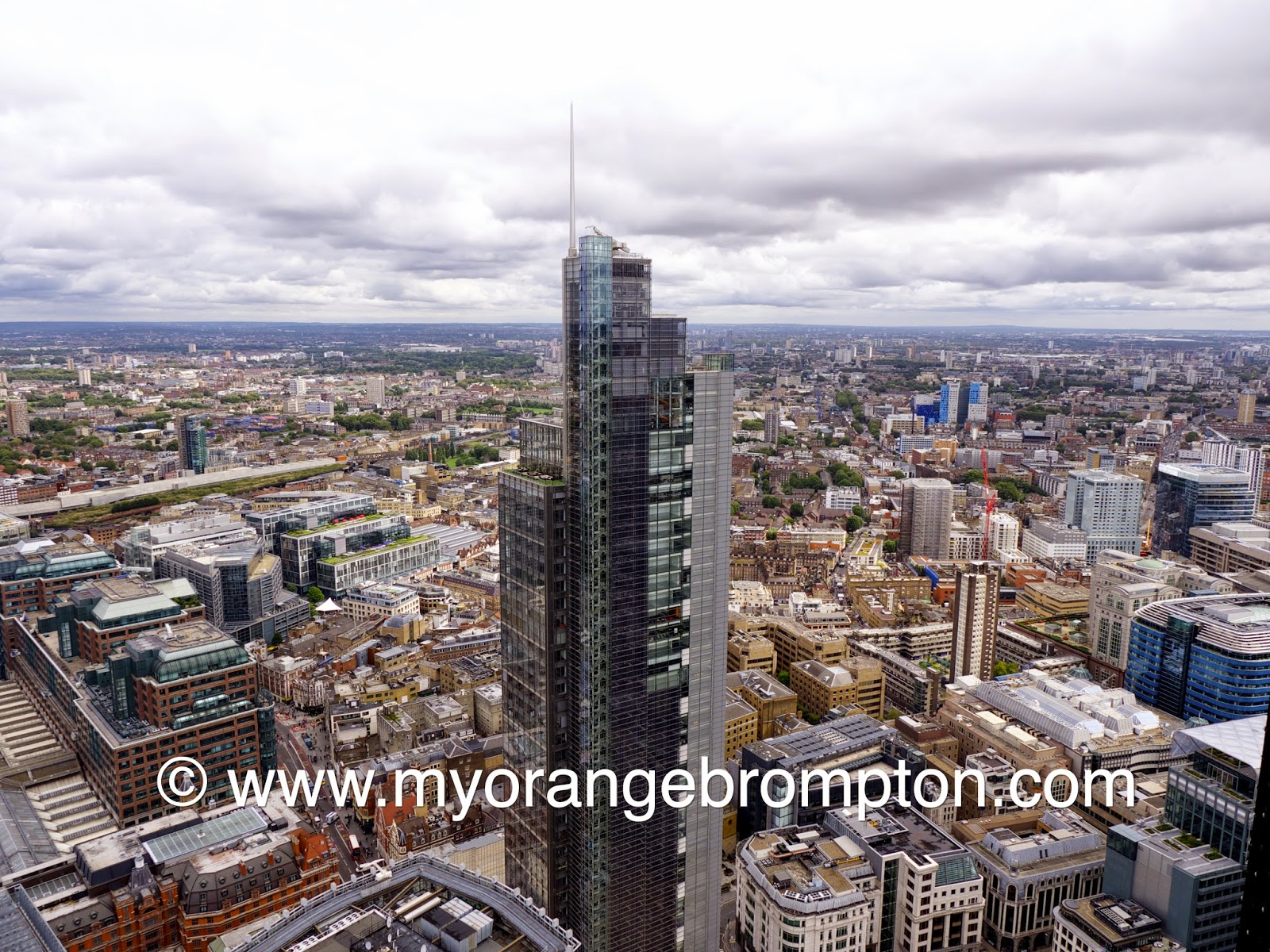 From this vantage point I could see St Paul's Cathedral and it looked tiny. I could just make out tourists who had made their way to the outside dome and they looked like tiny ants. 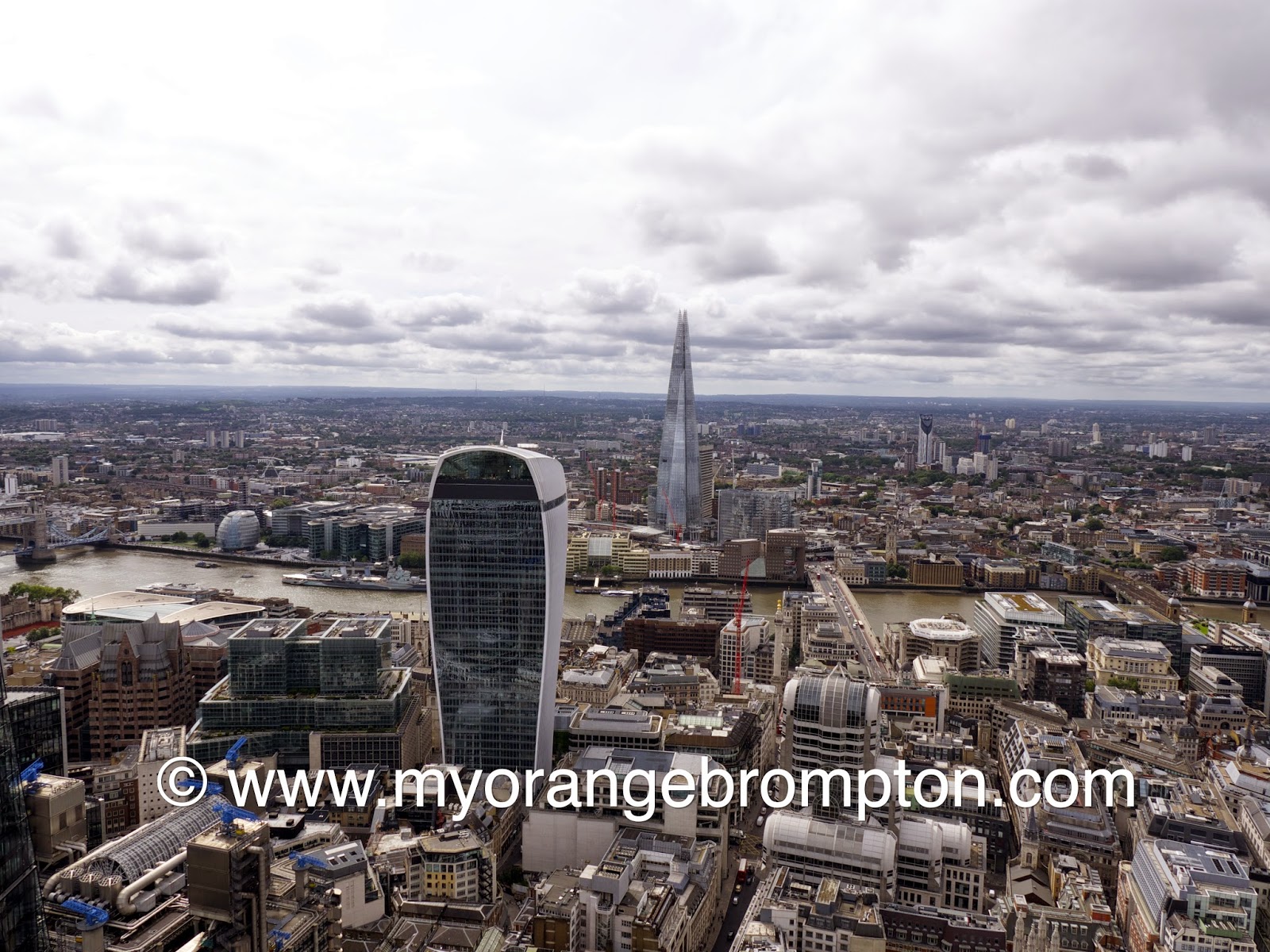 Another thing I did was to trace some of my cycle routes from central London out east, past Canary Wharf and towards Greenwich. One of my favourite rides is Mark's (King of the Hill) 'Thames Triple Chaser.' This is where we traveled along, on, under and over the River Thames. I could just make out the route and in the distance could even see the Emirates Skyline over the Thames. 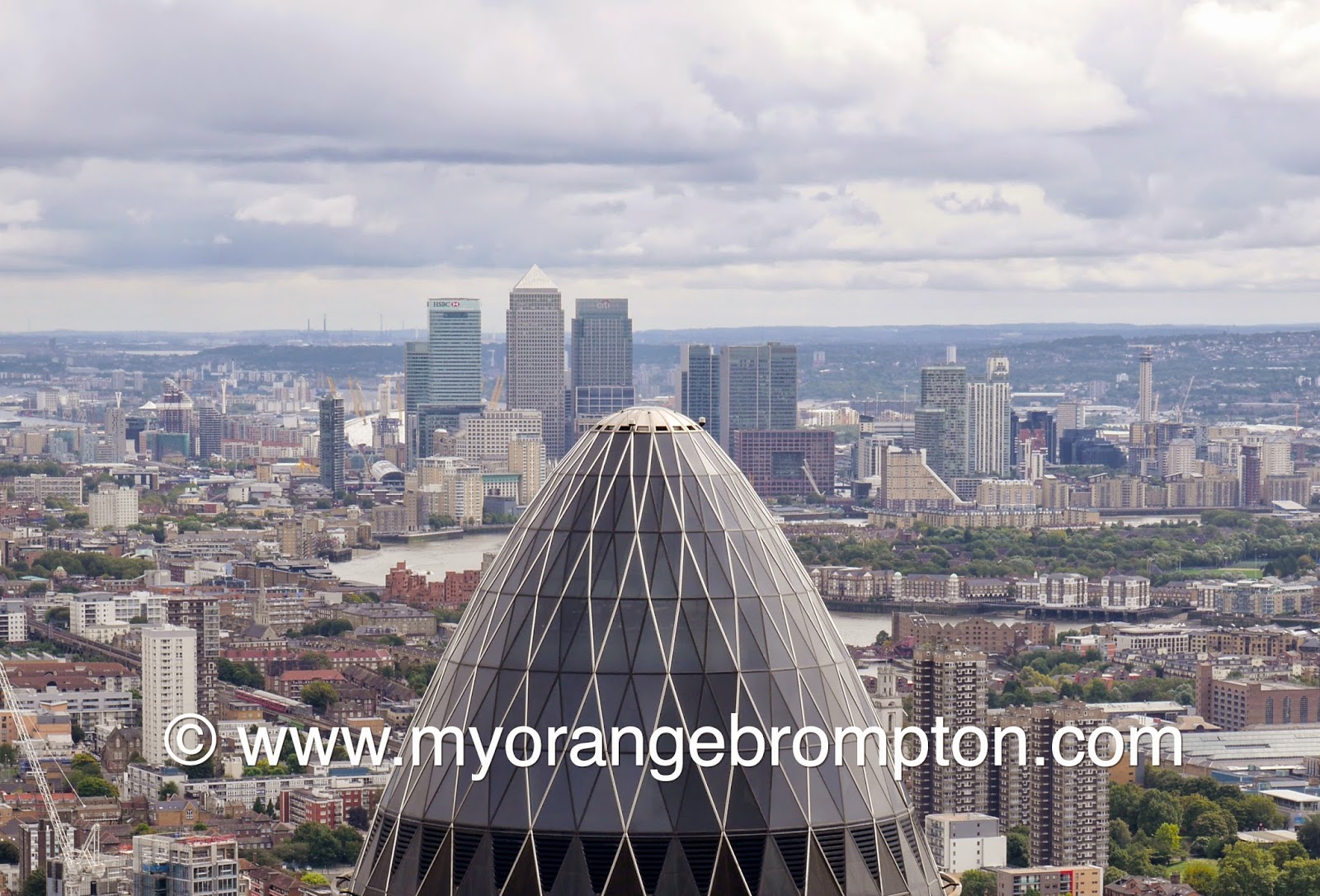 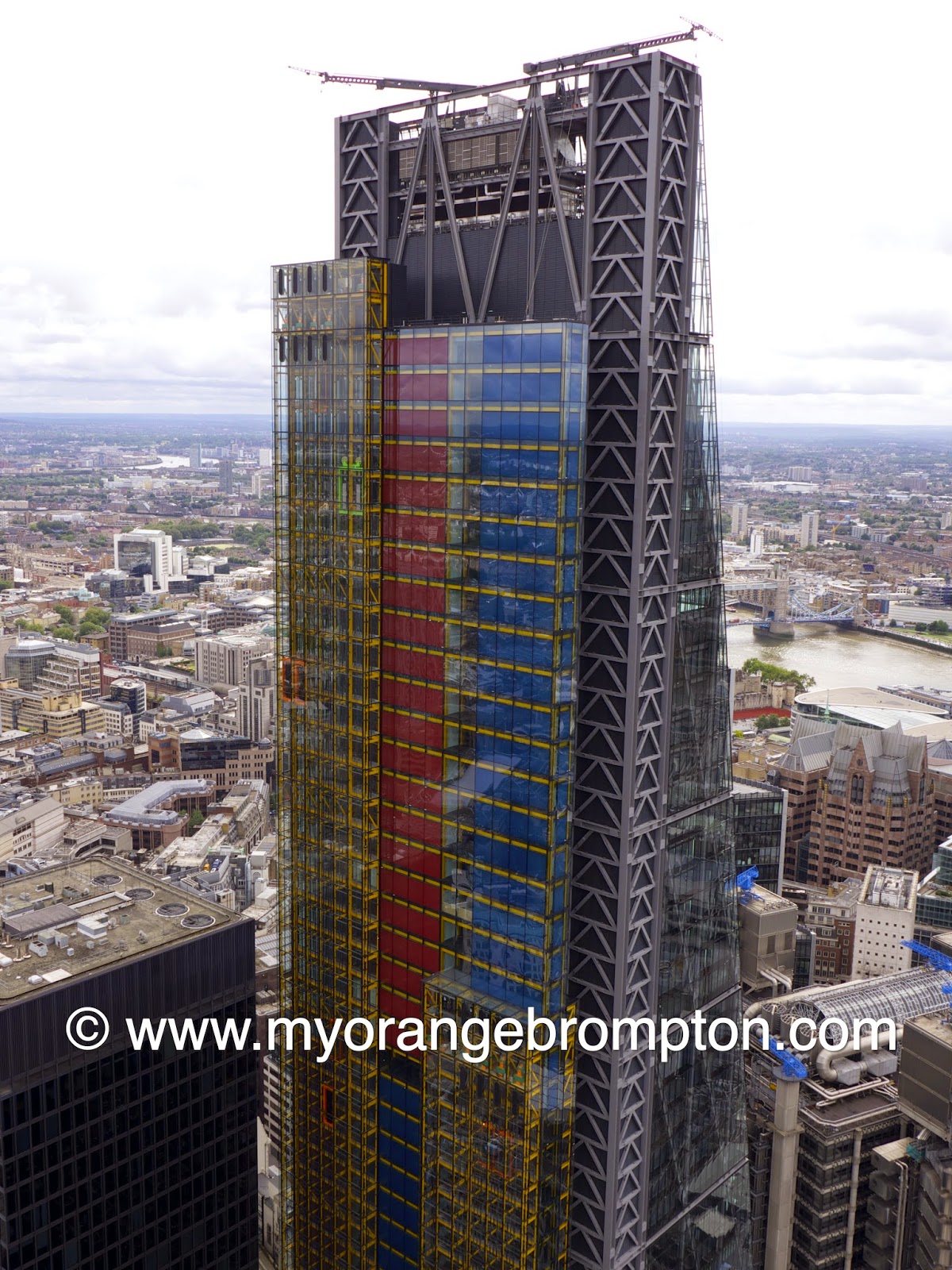 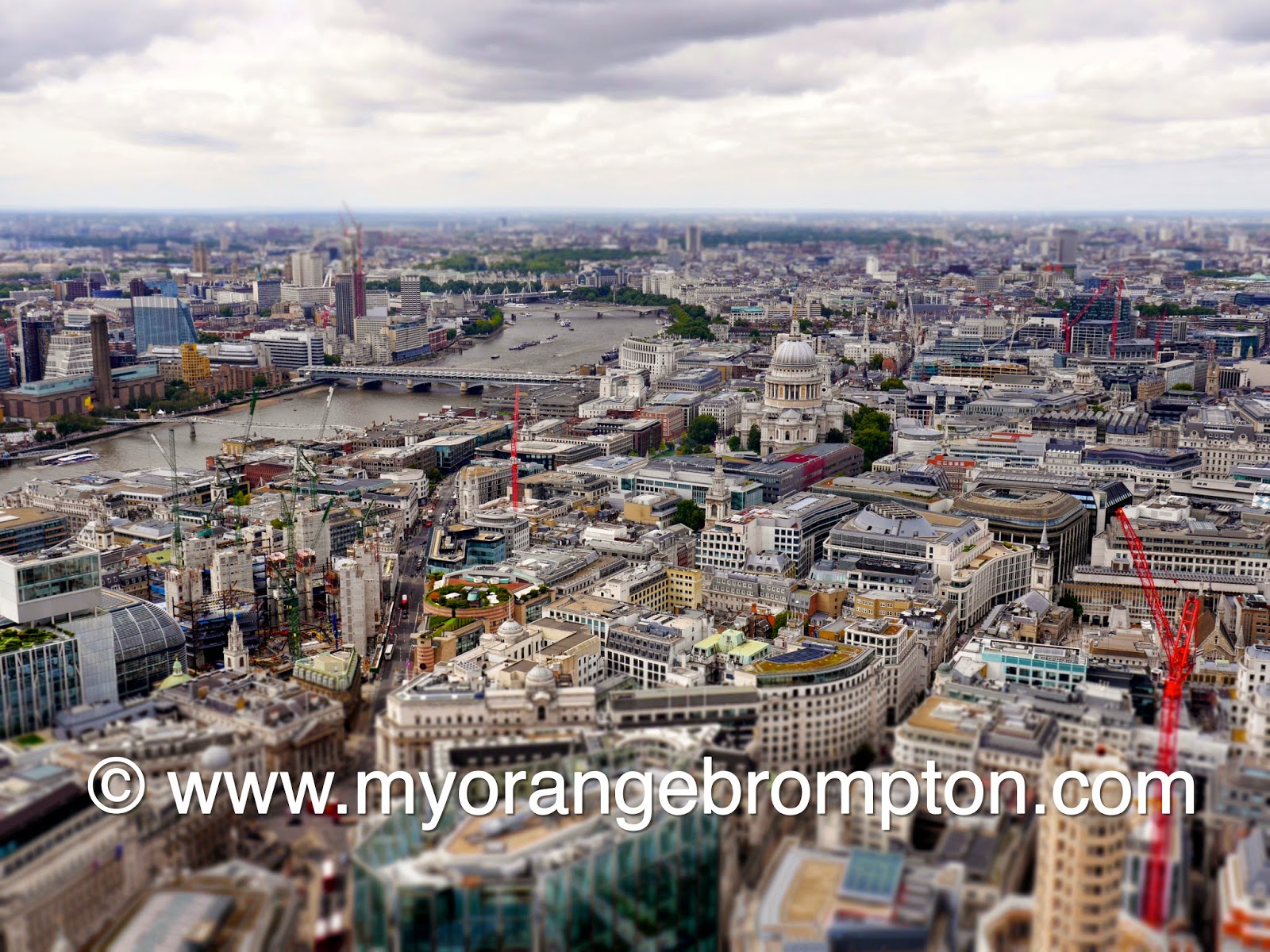 While I watching Tower Bridge, I saw tall ship sailing close and the bridge started to raise, allowing the ship to sail by. It was the first time I had ever seen this happen. 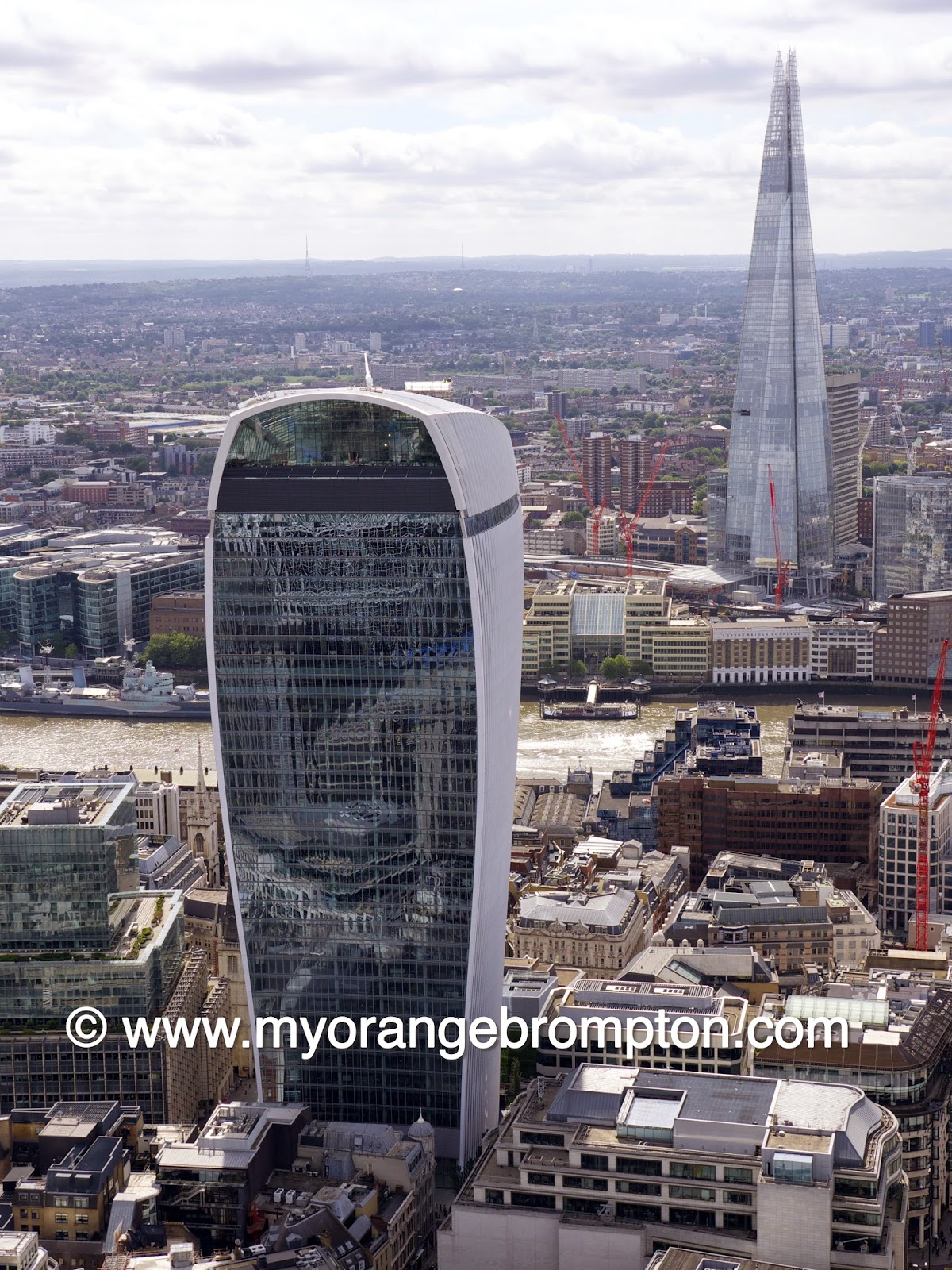 The new 'Walkie Talkie' building does look quite stunning from below and from high above its windows reflected the light in strange ways. I definitely like it which is more than I can say about The Shard. It still reminds me of one of those ghastly crystal ornaments you see in jewellers shops. 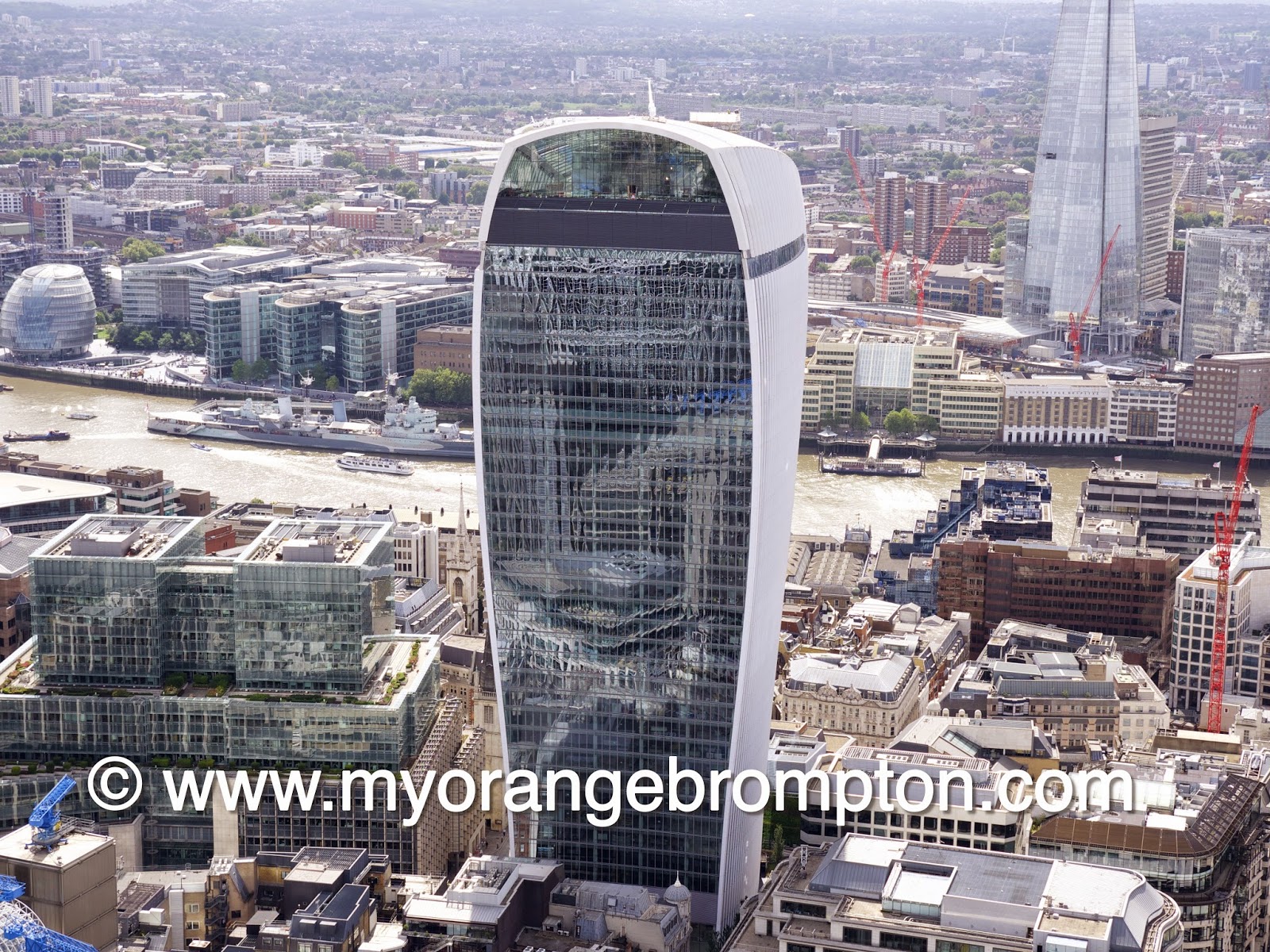 I actually look over 300 pictures while up there and could have taken much more! The one thing that struck me was the many memories of various Brompton rides and adventures which came to mind when I looked at various locations. 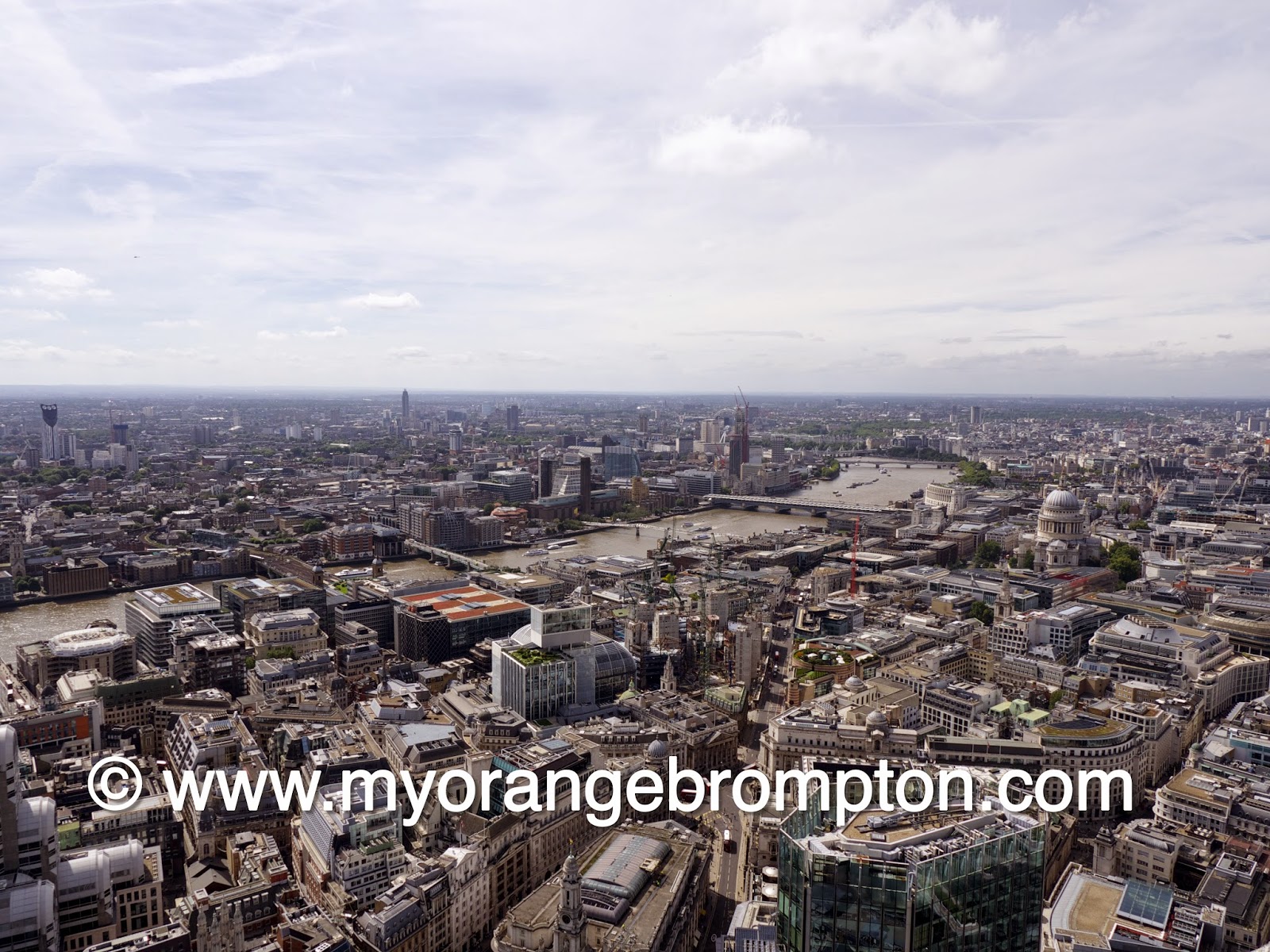 London is a great city and I am very pleased that I was able to experience in a different way.
at September 08, 2014