Work has been extremely busy of late which accounts for the near drought of blog posts - don't worry there is light at the end of the tunnel at least for a few weeks. I was therefore very much looking forward to another midnight ride to the coast, this one to Southend.

The ride to Southend is a fairly tame affair. Only 50 miles, not too many hills and some interesting scenery. I was looking forward to it all week and if anything, it was one of the things that kept me going.

The meeting point as always was Charring Cross where I met Geoff. As I stepped out of the front door it started to spit lightly with rain. Rather than cycle to Charing Cross I took the tube - something I rarely enjoy. While on the train a gentleman asked me whether my bike was comfortable. I informed him that I was in fact cycling from London to Southend and it was indeed comfortable. He viewed this with some suspicion and I am not sure he believed me.

Geoff arrived at our agreed meeting time and as we were't meeting anyone else we decided to head off to Hyde Park Corner straight away. Once there, apart from waiting for the other riders to assemble I sought out a German named Olaf in order to carry out a small transaction. Meeting near midnight at Hyde Park Corner, under the famous arch almost brought a touch of espionage to proceedings!


After the interactive and highly enjoyable safety talk, on the stoke of midnight we were off. With lights flashing and the sound of cleats clipping into pedals bikes and riders of all persuasions set off into the night. As always excitement was palpable, regardless of how many times this has been done. 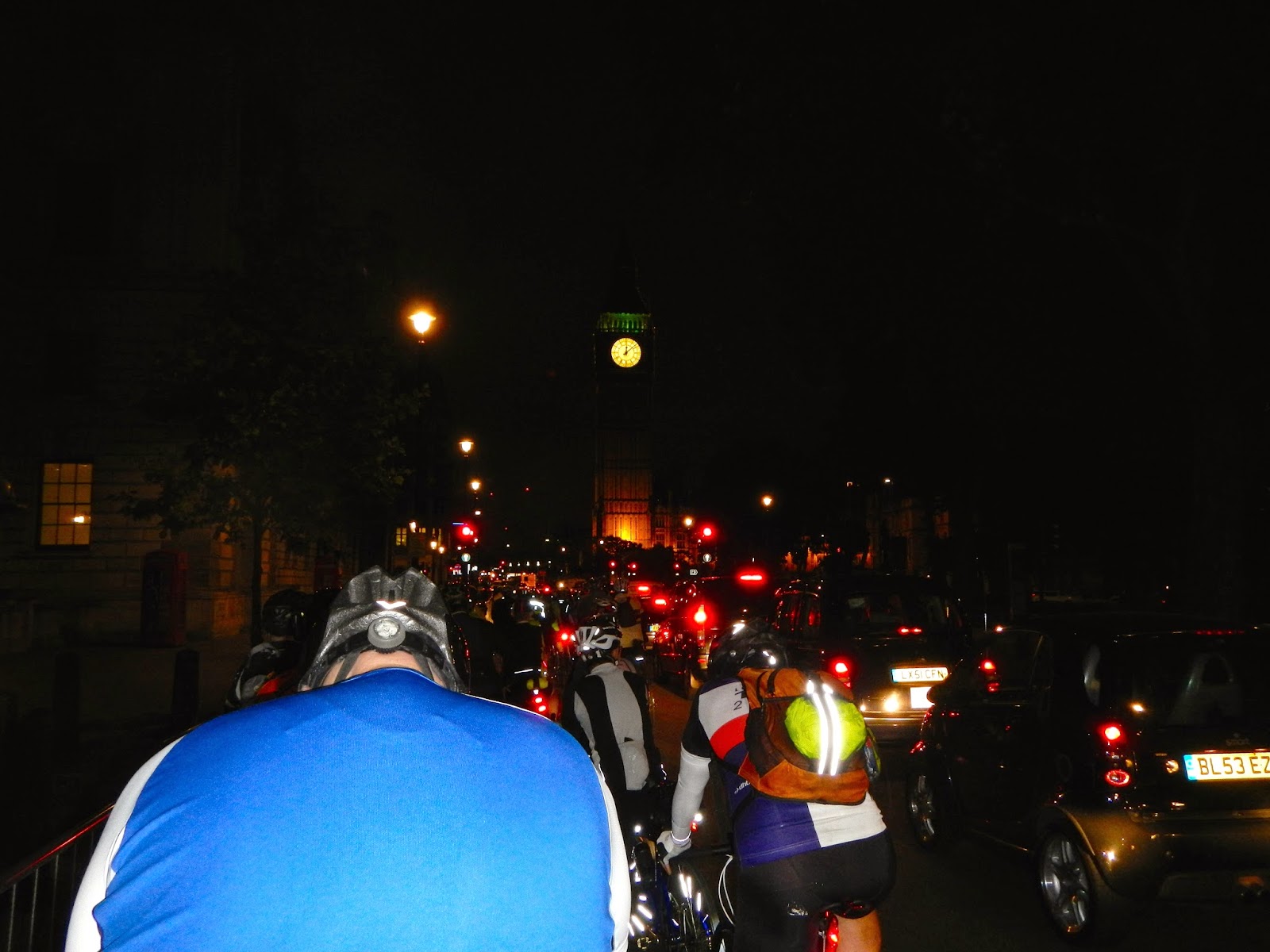 As we passed the Houses of Parliament and St Stephens Tower it was not too long before central London was left behind. 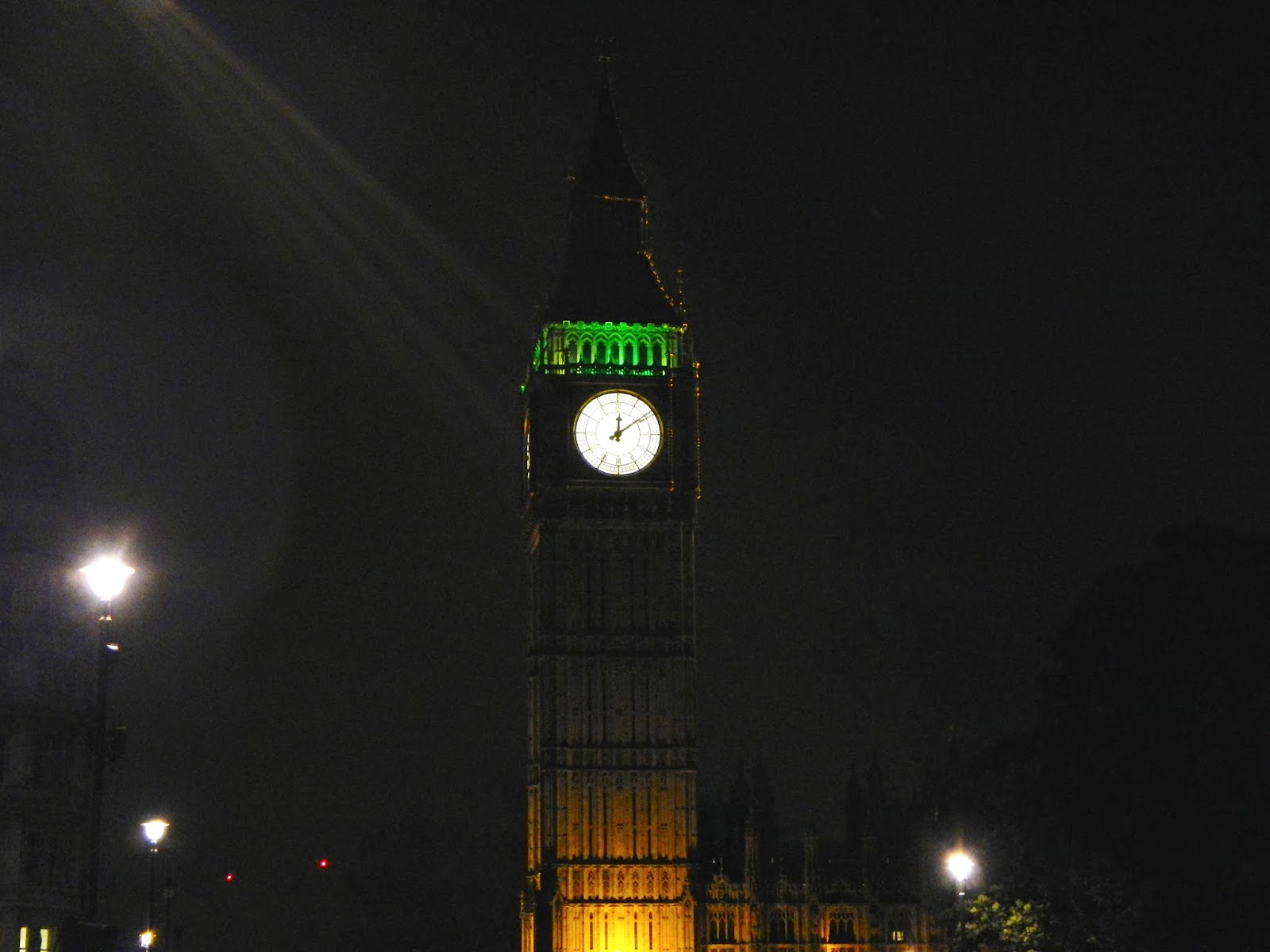 It was a hot night. I had packed some budget waterproofs recently purchased and wanted to put them to the test but the weather was pretty good. Despite the early hints and forecast the rain held off. 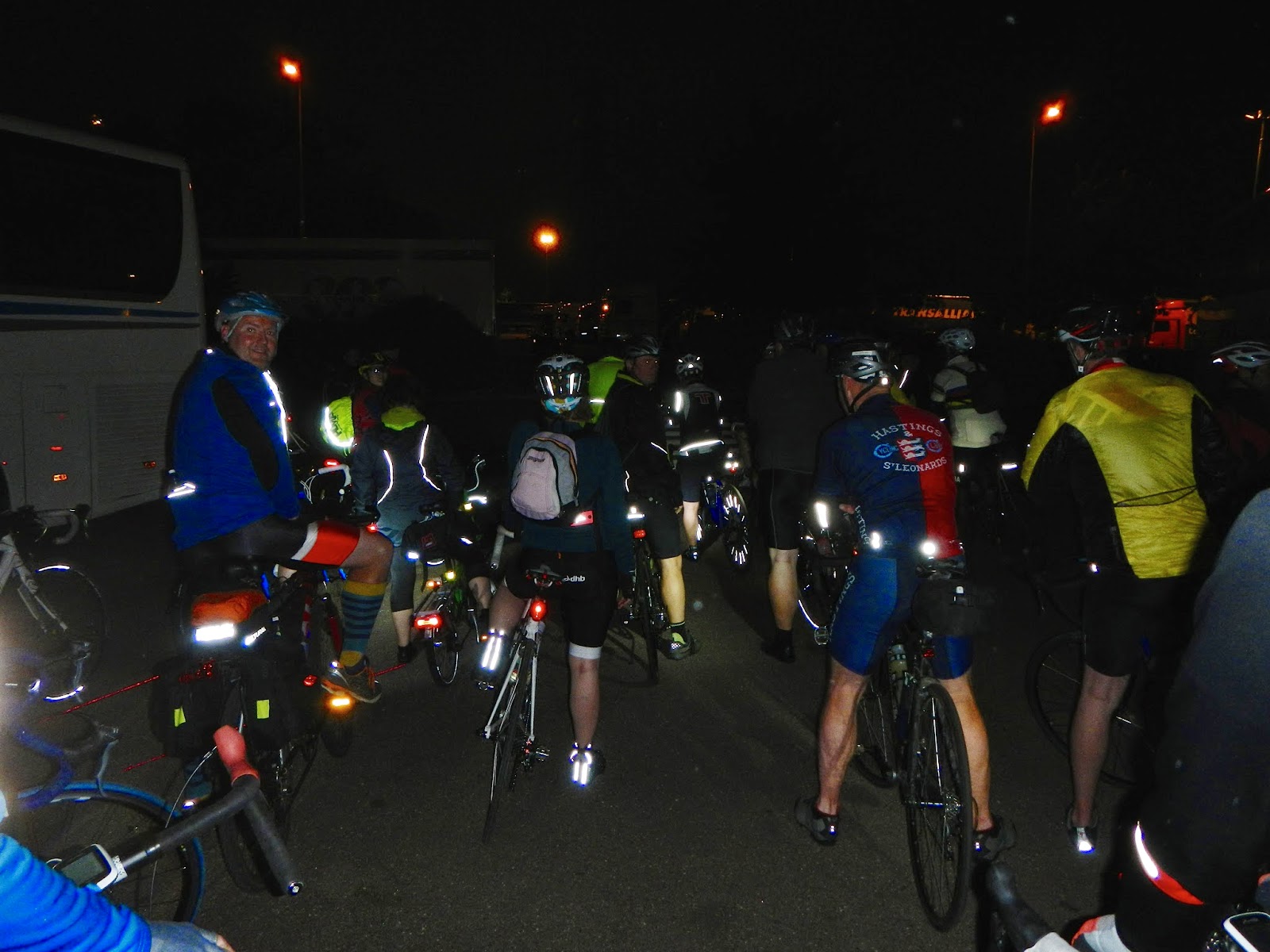 As always we stopped to wait for slower riders, or those with mechanical problems. The team of Tail End Charlies did a sterling job at making sure everyone was kept safely on track and they did this hard job effortlessly.

The dreaded Rotherhithe Tunnel, not for the faint of heart came up sooner than I had anticipated. Opened in 1904 cycling along its 1.5km certainly concentrates the mind. Luckily it wasn't that busy and the pace through it was pretty quick. This is now the second time I have cycled through and I managed to capture a little video footage which I will try and get up at some point. 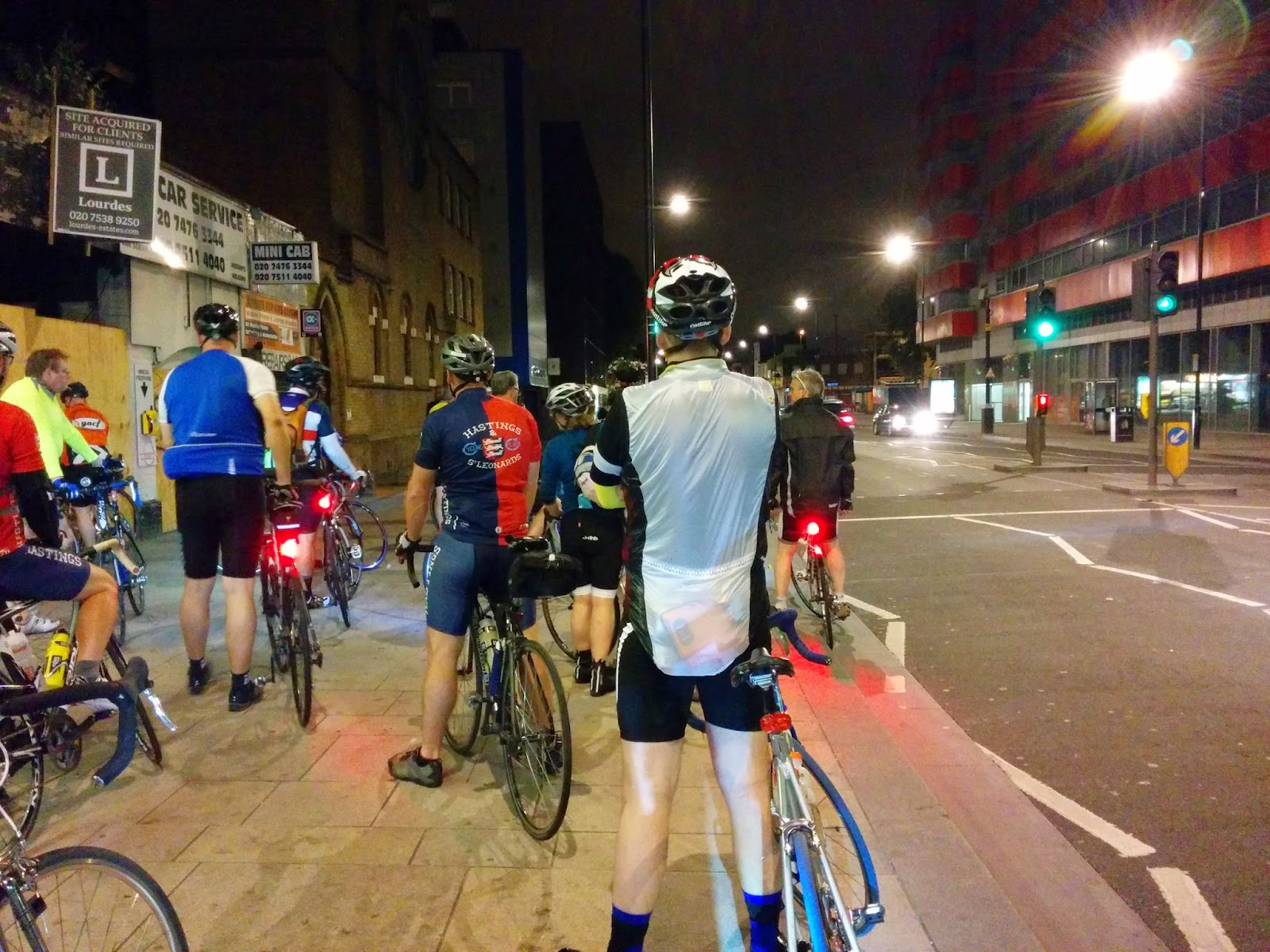 On rides like this in the early hours of a Saturday morning we are usually greeted enthusiastically let us say by those who have had a little too much of the old sauce. This time they were few and far between? 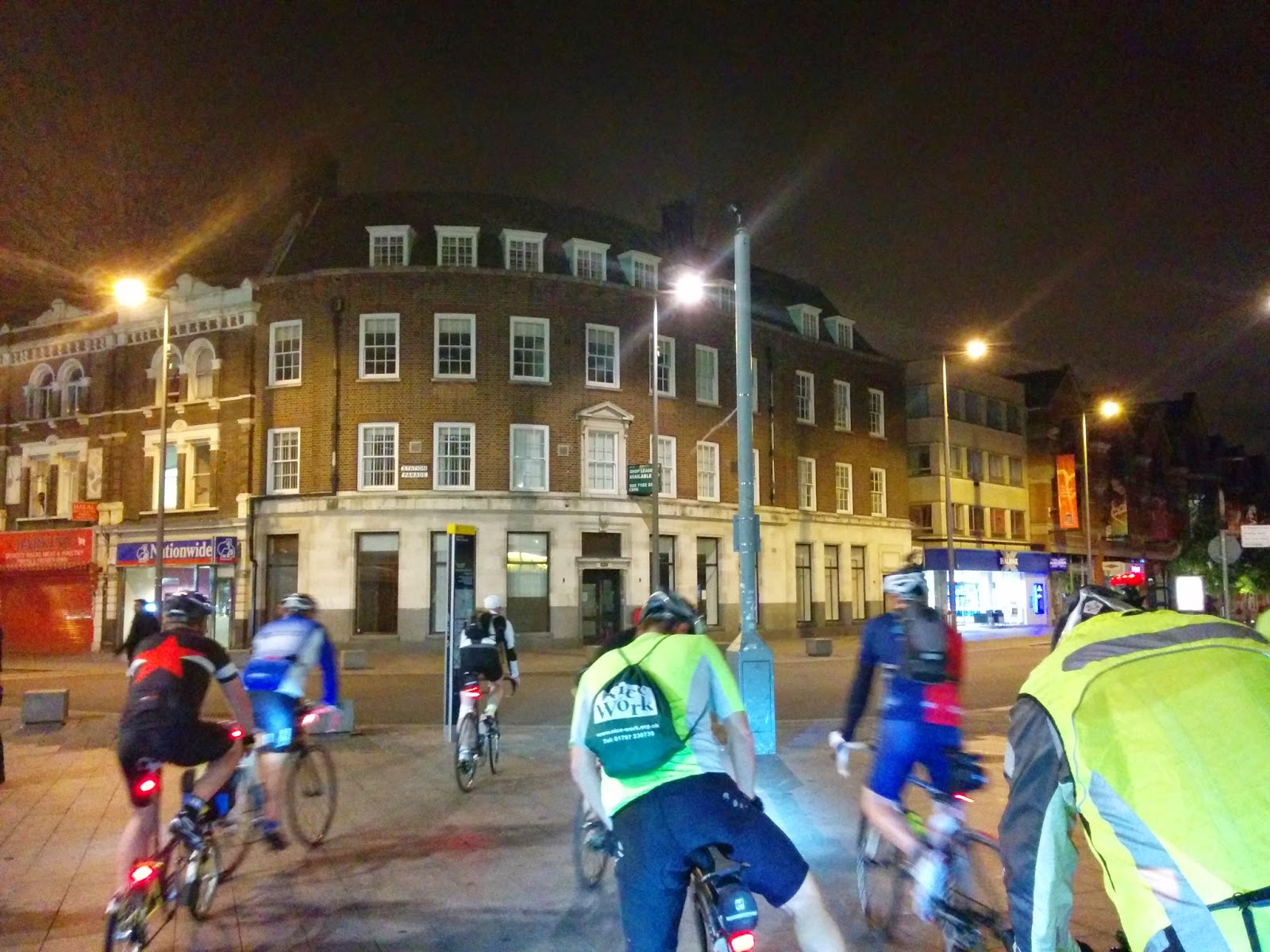 Sanctuary came in the form of Junction 31 of the services at Thurrock. We had the entire place to ourselves and I tucked in to snacks I had brought with me. For a moment all turned rather surreal. I was cycling on a Brompton in the early hour of the morning on my way to Southend, sitting in the motorway services with Jerermy Kyle on the television!

Refreshed we set off at about 03:30 for the last push. Our excellent ride leader Simon, in order to slow the ride down a little (as we were making great time) gave us a talk on some buildings of note and strange goings on at various points. I found these of great interest but as some involved architects with Socialist leanings, gangsters and the late Princess Margaret I will understandably not go into too much detail. I was assured that these highly interesting recounts were true!


When the rain did come it wasn't too bad and actually served to cool me down. I was advised by Geoff that there was a pretty steep hill doing up named 'Bread and Cheese Hill.' It was about 1km long and approximately 7% gradient. Loving the challenge of a good hill I was in my element and loved it. After tackling plenty of hills over the past few weeks I was ready for this one and took its scalp pretty easily. We took refuge under bus shelters as someone further down the hill dealt with a puncture. 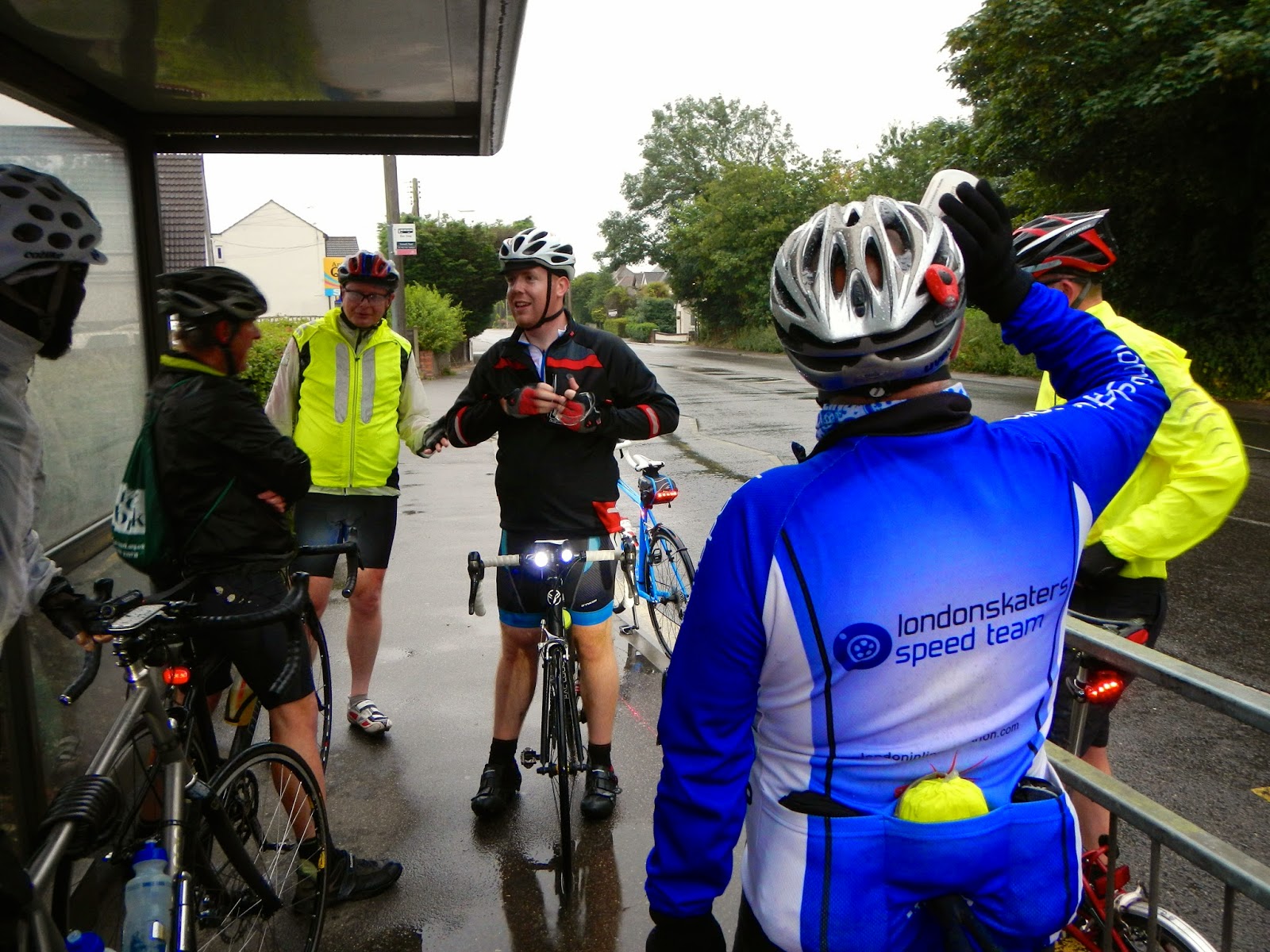 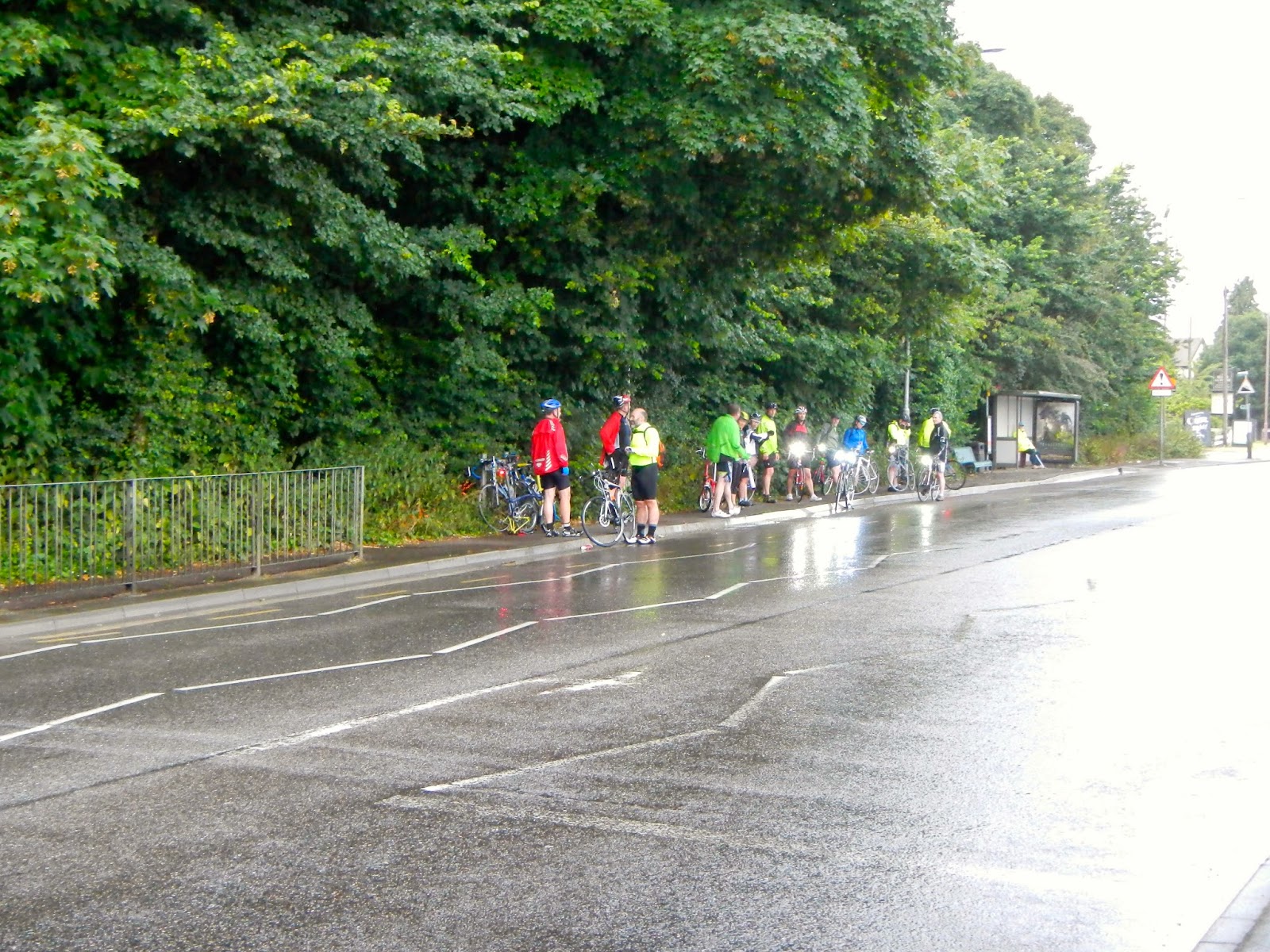 Just before we made the last push towards Southend we stopped briefly for a view of Hadleigh Castle. Build after 1215 it acted as a defence against a potential French invasion.


I took my Titanium Orange Brompton with me on this ride - more out of necessity than anything else. Without mudguards, even with Marathon tyres it felt agile. I suspect that it will work well for next weeks Dunwich Dynamo. (More on that later)!!


As we rolled into Southend, the view of the famous pier came into view. The tide looked very high to me and the water was fairly close to the path we cycled on. 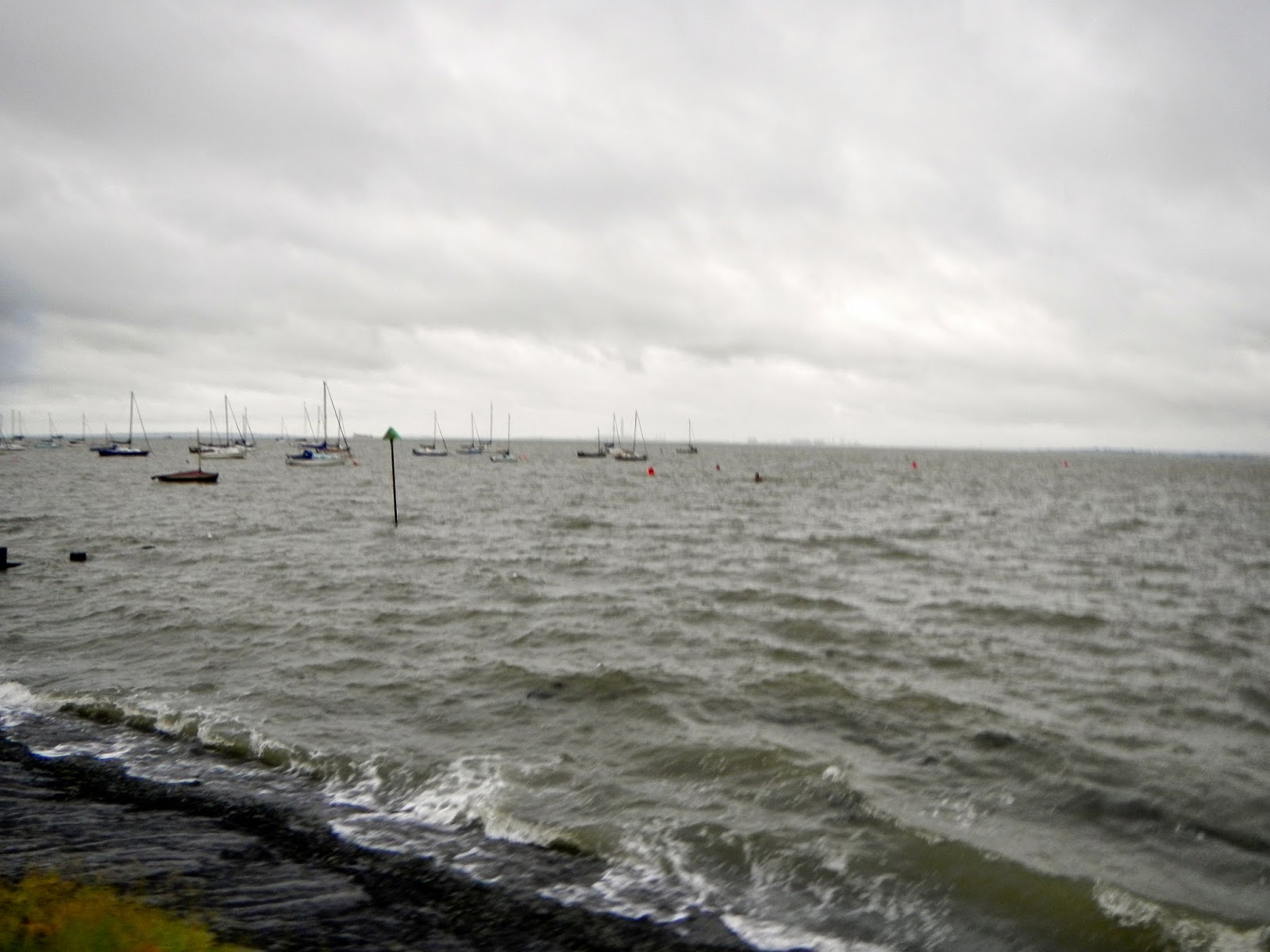 With 'The Rode Restaurant' in full view we had reached the end of the ride. At just over 50 miles and with an average moving speed of 12.4 mph I was pretty happy that the body felt pretty good. Having received orders from Mrs Orange to try and get back as soon as possible, I did just that. Geoff kindly guided me to Southend Victoria railway station - I suspect he knew I would get lost otherwise - and we said our goodbyes until next time...until next week and the Dynamo!! 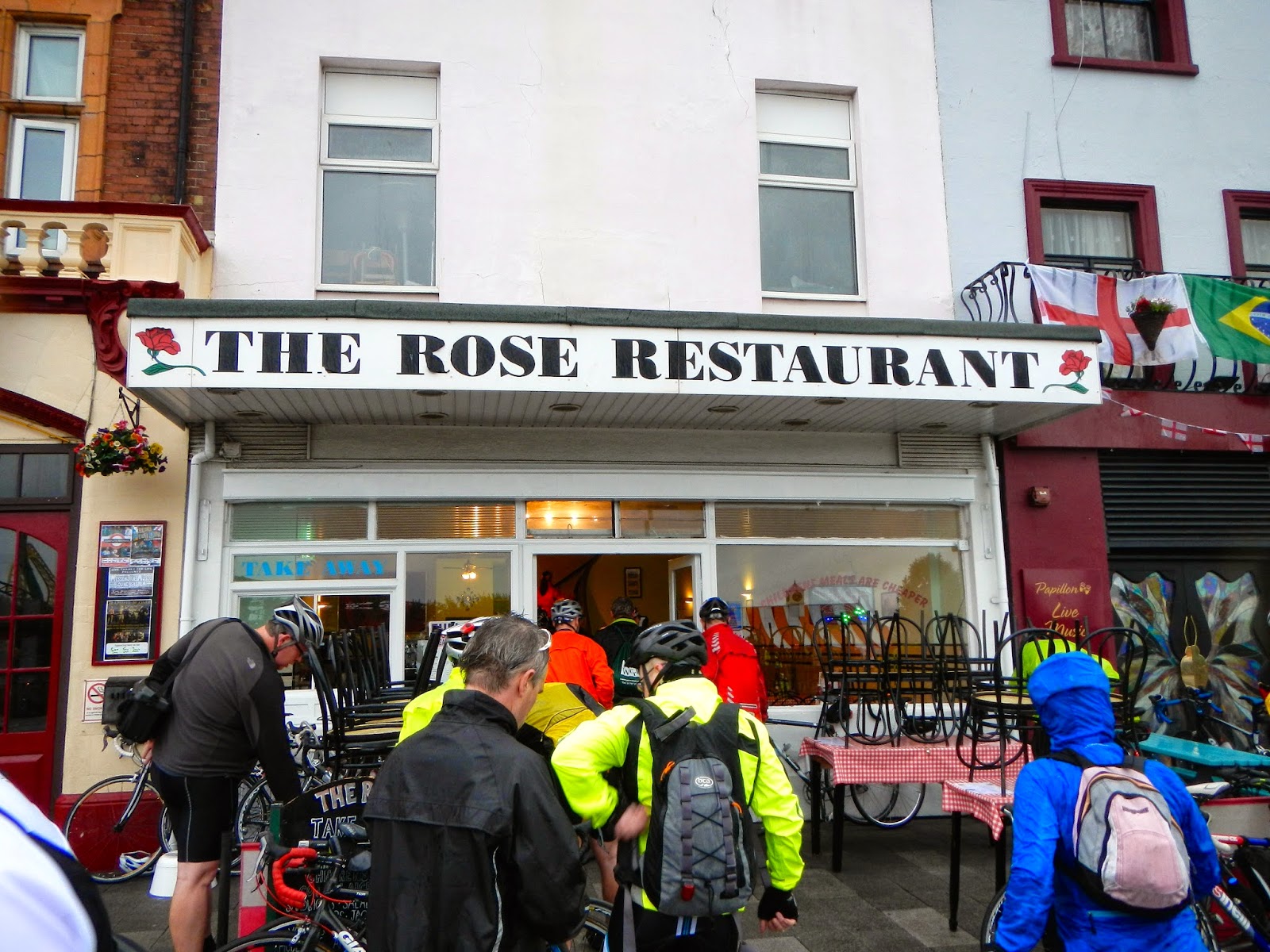 I managed to get back to Liverpool Street Station before 08:20 and home before 09:45 - so Mrs Orange and the Orangettes were pleased. This was another great ride and I really enjoyed it. Again, I find myself almost addicted to these night adventures. Simon, the leader put on another faultless ride and his team of Tail End Charlies were excellent. It was also good riding with Geoff who was great company and will be for next weeks big ride - which by the amount of times I have mentioned indicates it is already very much in my thoughts.