Back East on a Brompton

Last Wednesday I took the opportunity to head into London after work for a ride organised by David. The meeting point was the London Eye and looking forward to this ride all day I did my best to try and get there by the allotted time.

Luckily, I managed to do this with more than enough time to spare and as I walked across Hungerford Bridge I stopped to take a few photographs. 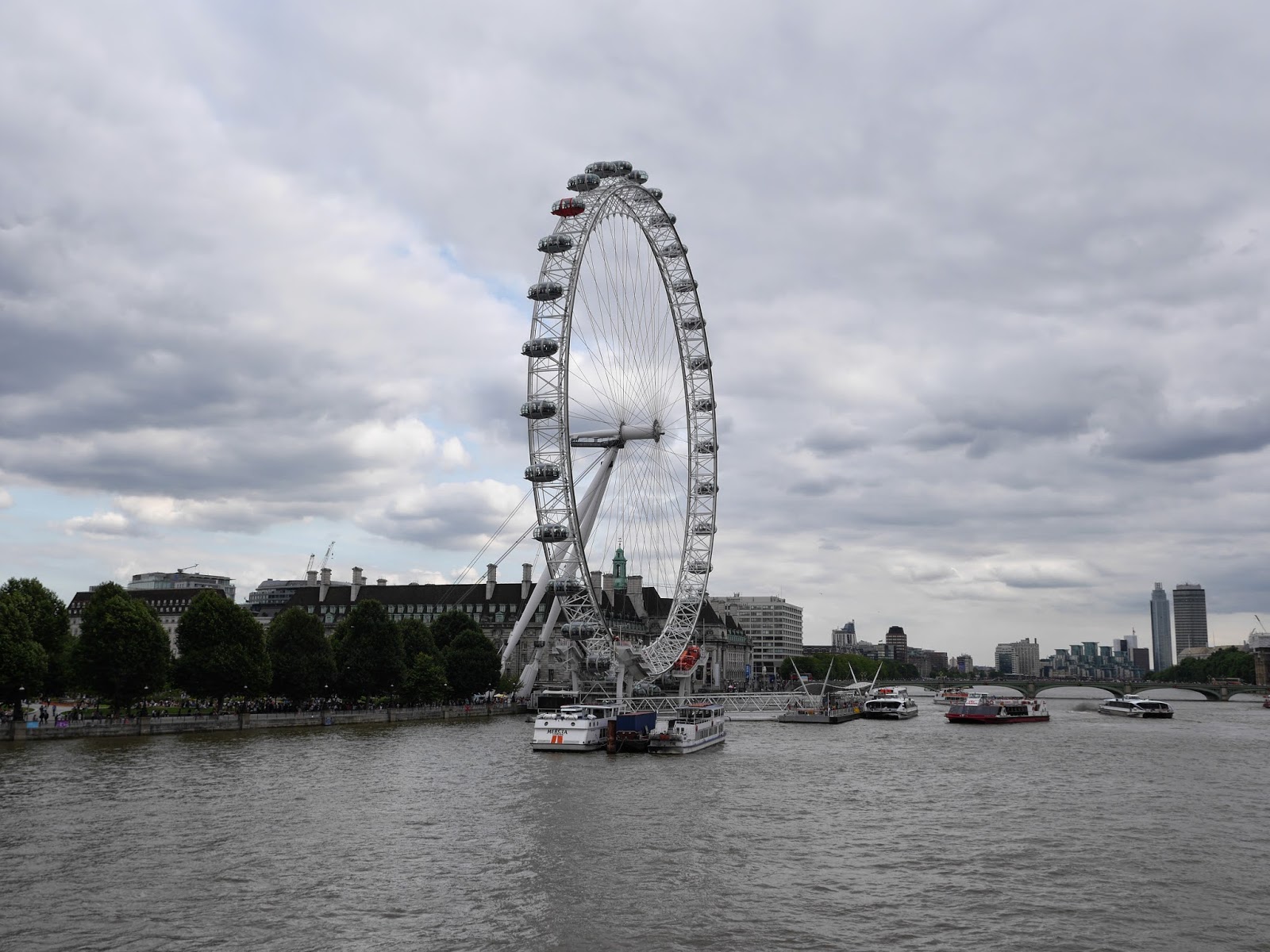 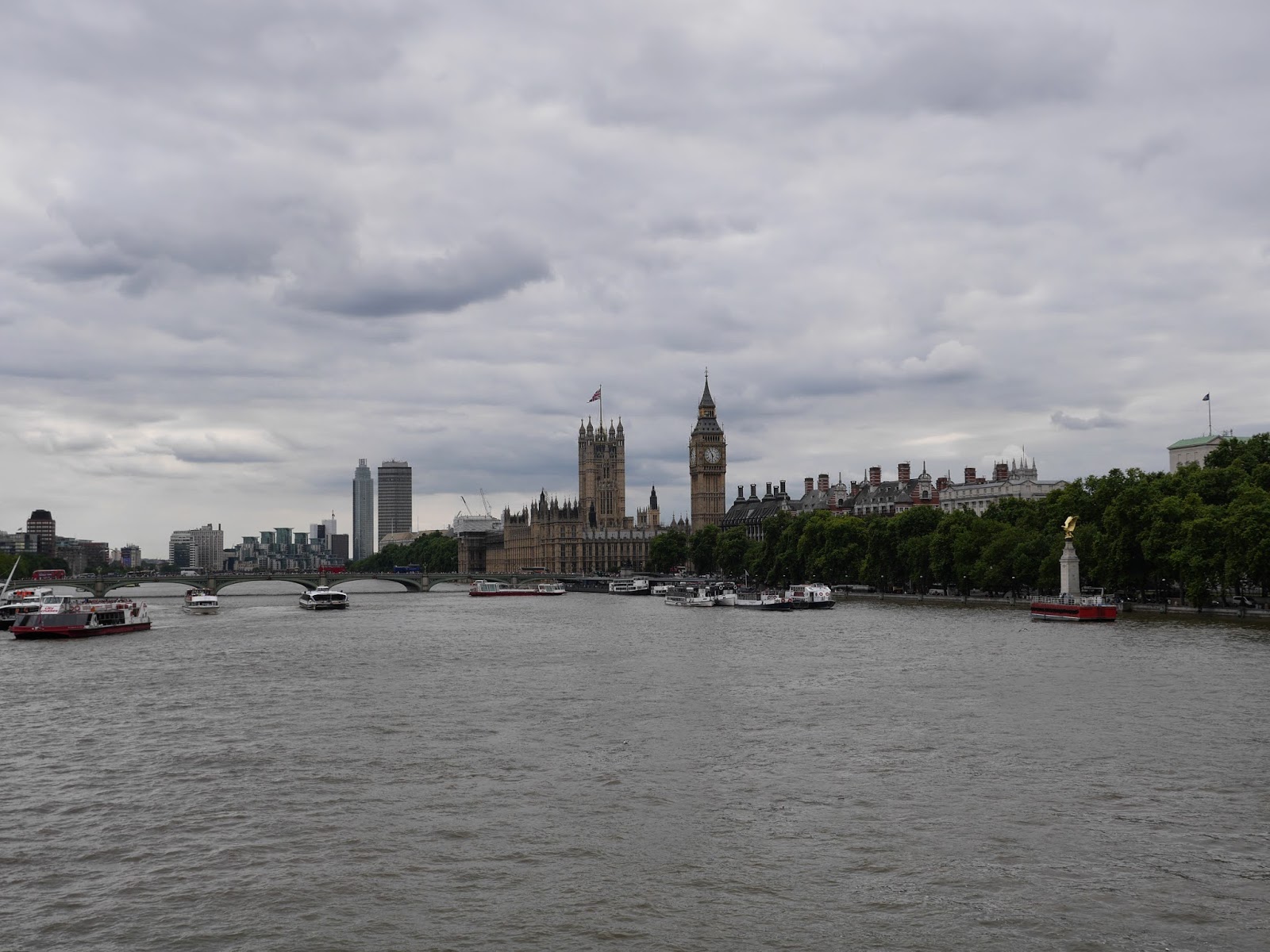 Near the London Eye there were lots of street performers and stopping to have a look I was left with the feeling that I could do something more entertaining myself. Perhaps it is performer in me that makes me think this would be a possibility? 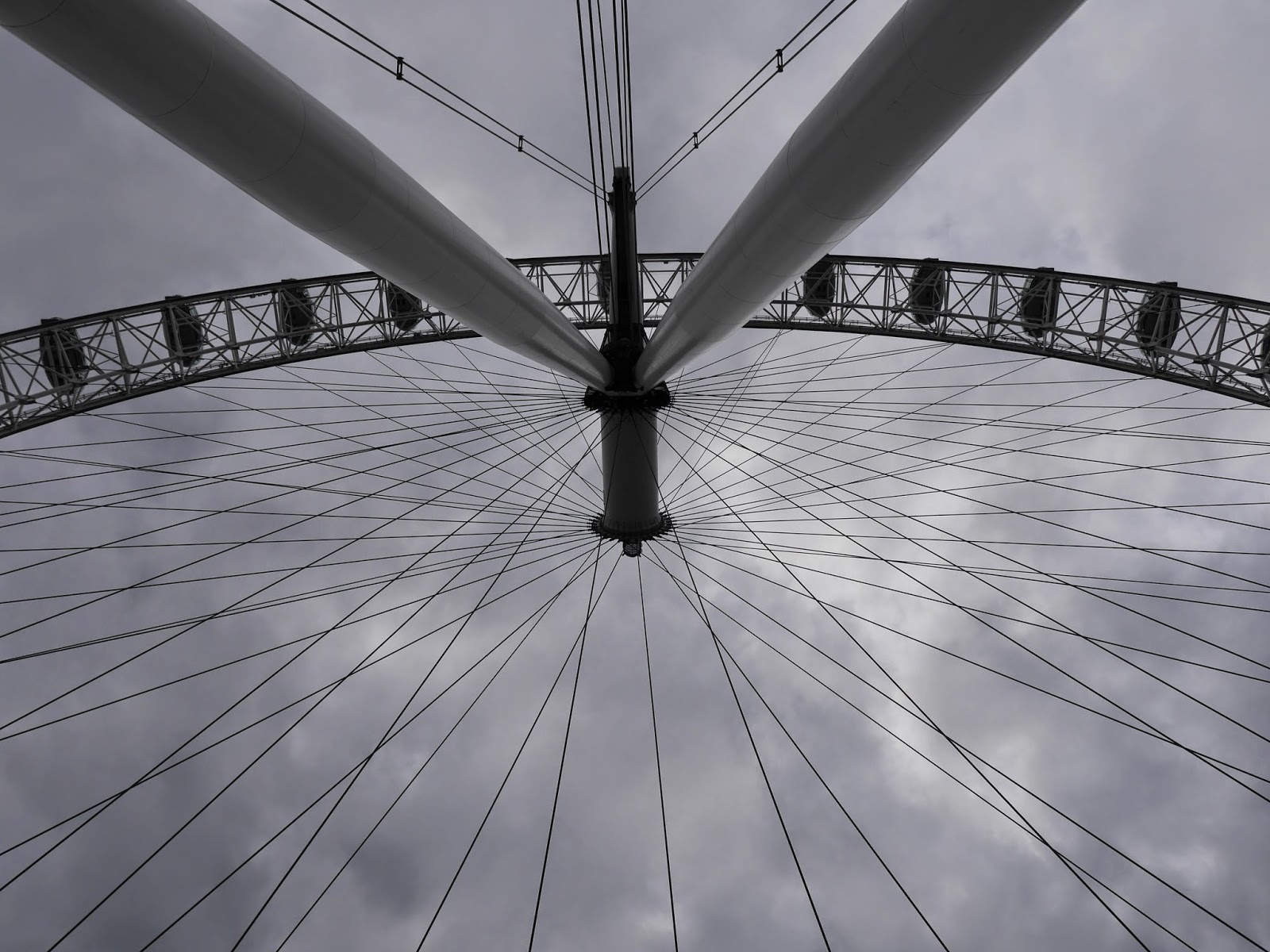 There were quite a few riders for this midweek event. There was another a few weeks ago which I was unable to attend and this one attracted some old and new faces - which is always a good thing. I was very pleased to see Anne and David. It seemed like ages since I saw them and I was definitely having withdrawal symptoms. This was also the case for my Partner in crime, Andrew who I had not seen since the Nocturne!! 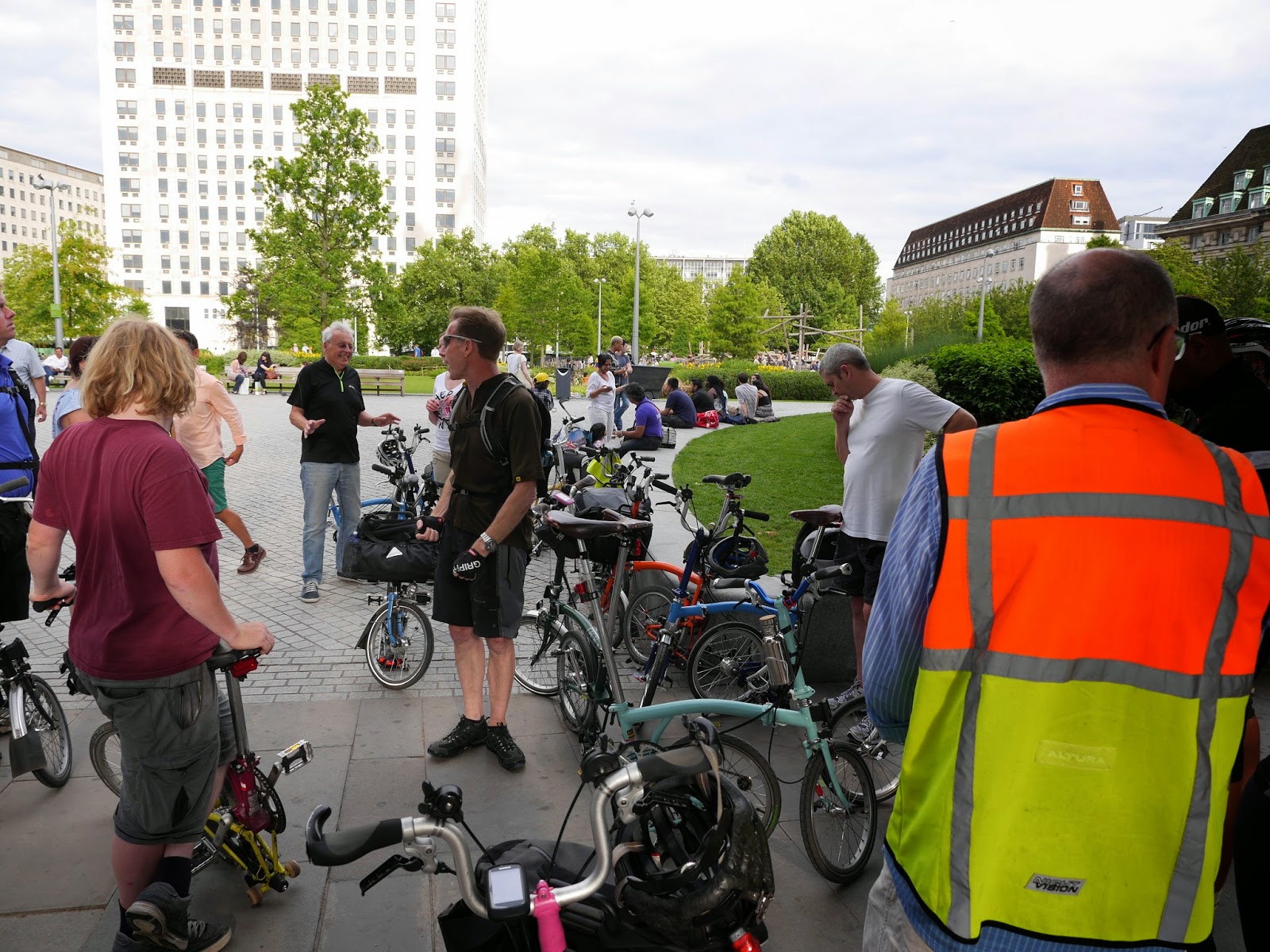 Again I took my Titanium Orange Brompton - my only Brompton at the moment. One of the participants for the ride was asking about my bikes - as one does - and my new order. I politely declined to say what I was getting as I wanted this blog to be the first place I reveal it to the world. There was a puzzled expression on his face...

Also on the ride was Mark (King of the Hill) on his new single speed super light Green Brompton. It looked wonderful and Mark was rightly chuffed. 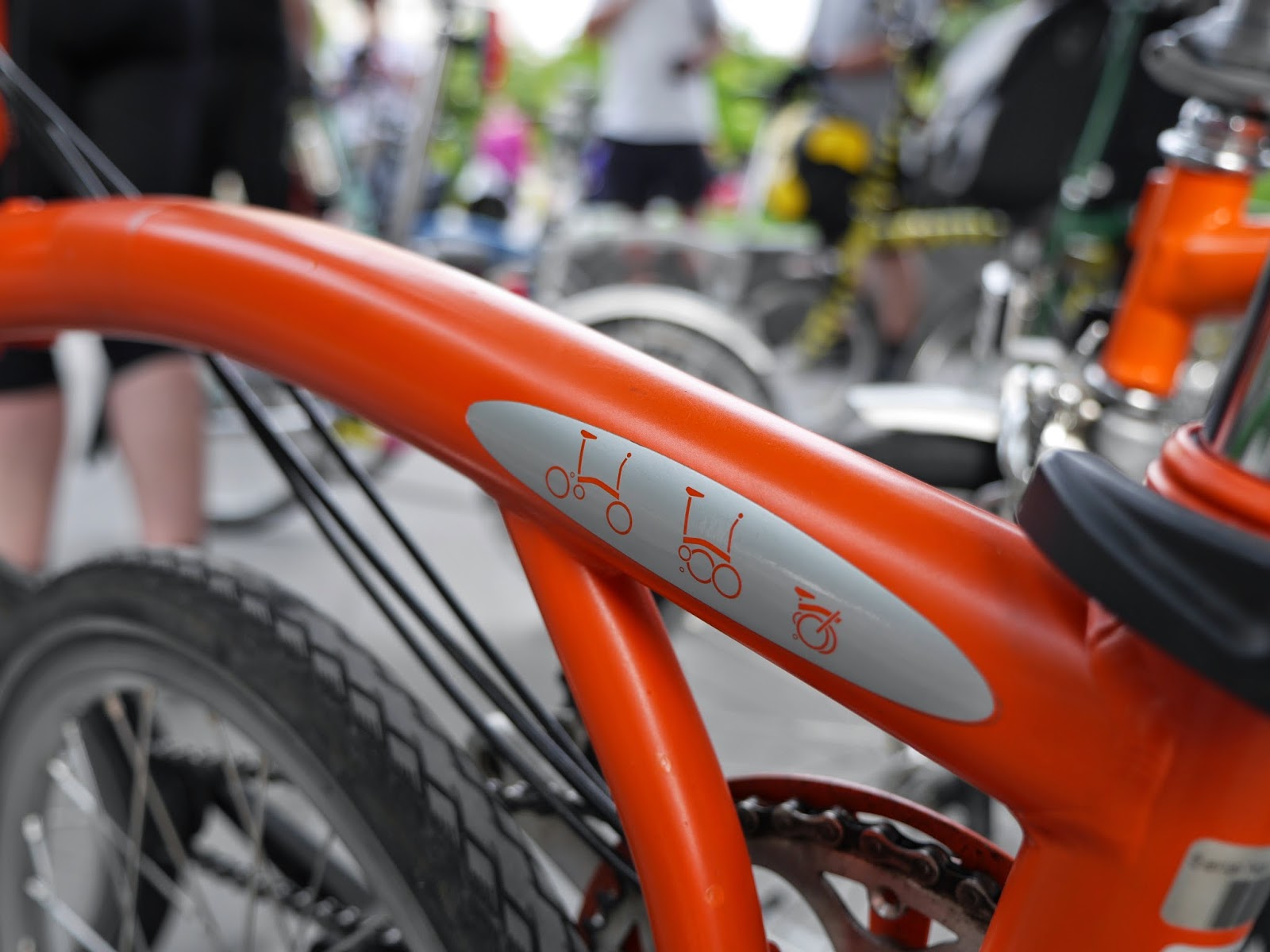 It was a hot an humid evening and our route was a good one that allowed us to hug the river Thames and not venture too much onto busy roads. 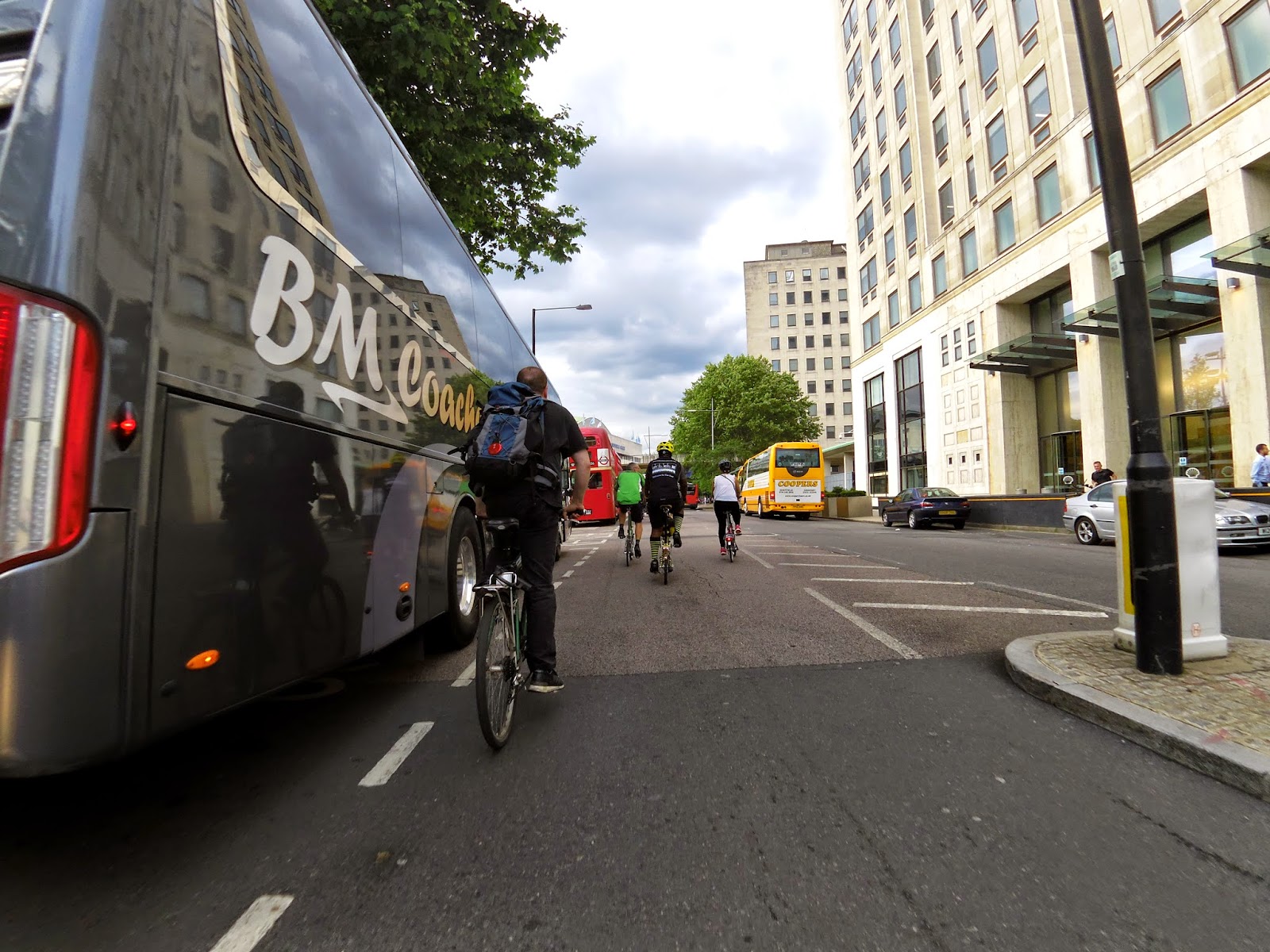 Also on the ride was Bob. It was good to see him and he was sporting a Brompton World Championship top from a few years back that in my opinion they should repeat. It is a stunner and I suspect they would sell hundreds.

Part of the fun of riding a Brompton in a large group is the opportunity to travel in a Brompton peloton. This ephoria inducing experience is something all Brompton owners should have a go at! 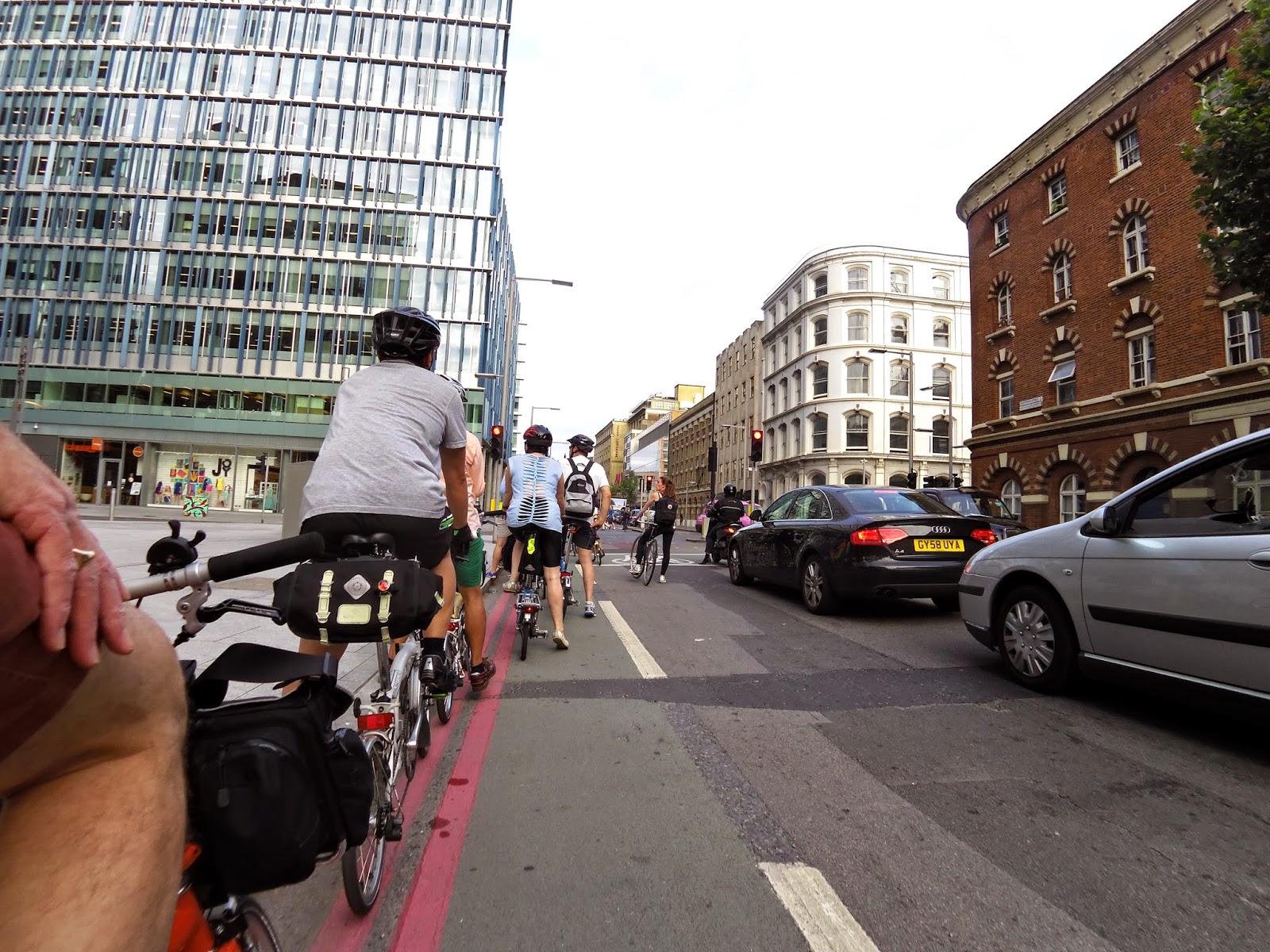 Just after Tower Bridge we saw that Guy had also joined the ride. It was good to see him and sensibly owning more than one Brompton he was riding his M type rather than his usual Raw Lacquer P type. 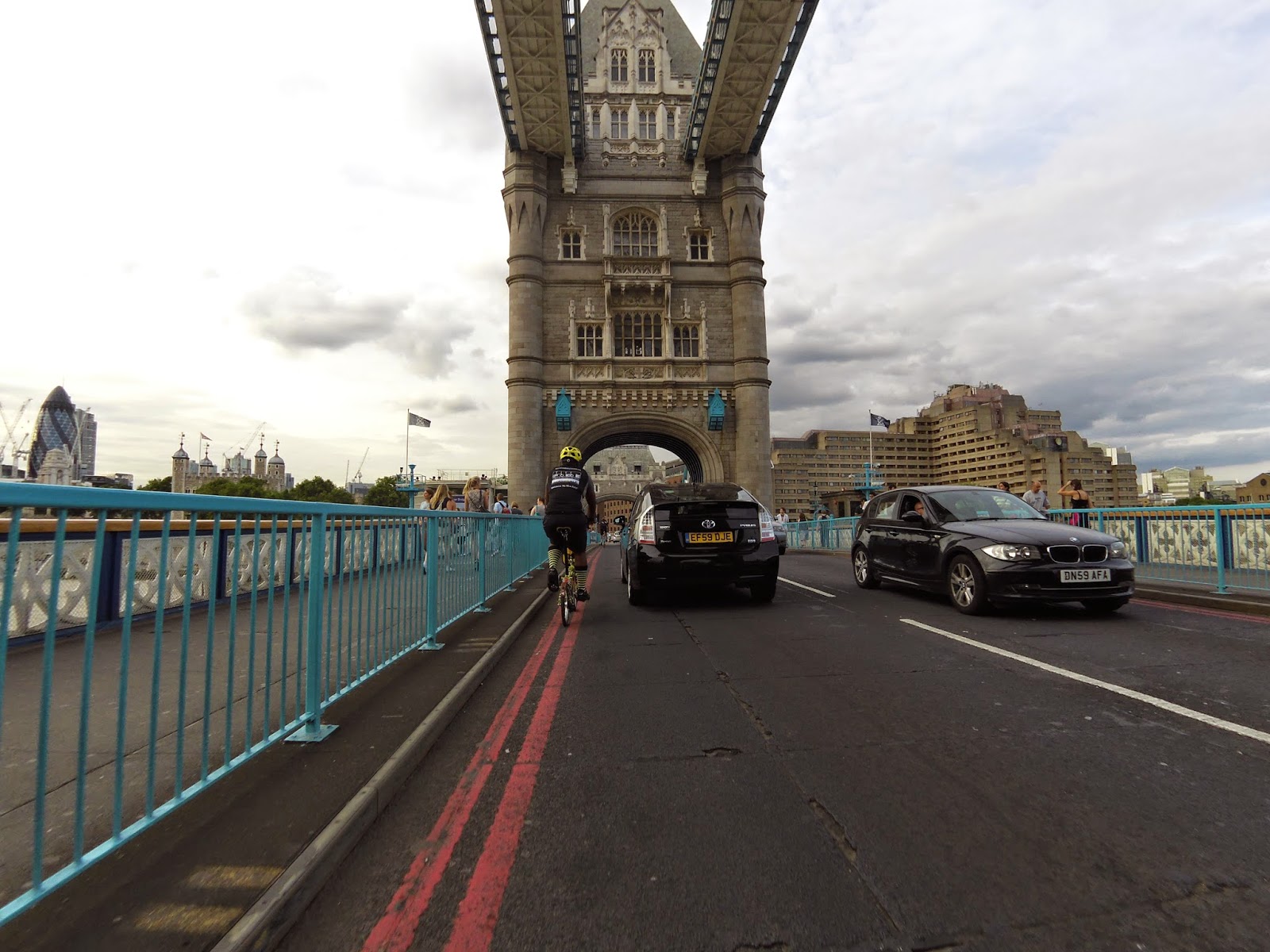 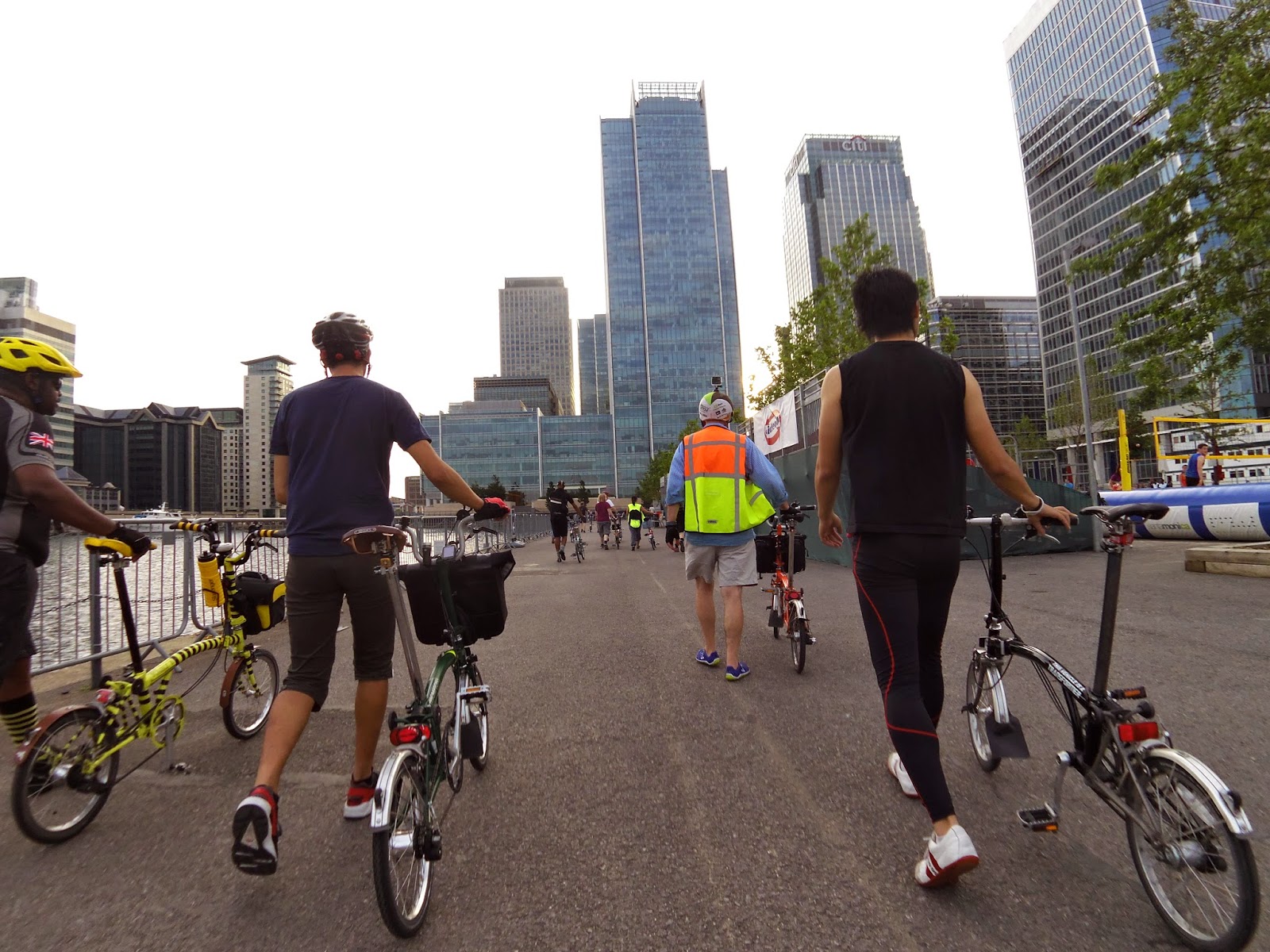 When we reached Canary Wharf there was a concert playing, 'We're going to hang out the washing on the Siegfried Line' of all things. I hummed and sang along with this long after I passed earshot and did so for the next few days. In fact as I type this, it is in my head again and I will surely be humming and singing it for a few days more!!

At the Greenwich foot tunnel going under the Thames some of us walked down, while others took the lift. The difference in temperature was dramatic and felt as if we had entered a plush air-conditioned building. 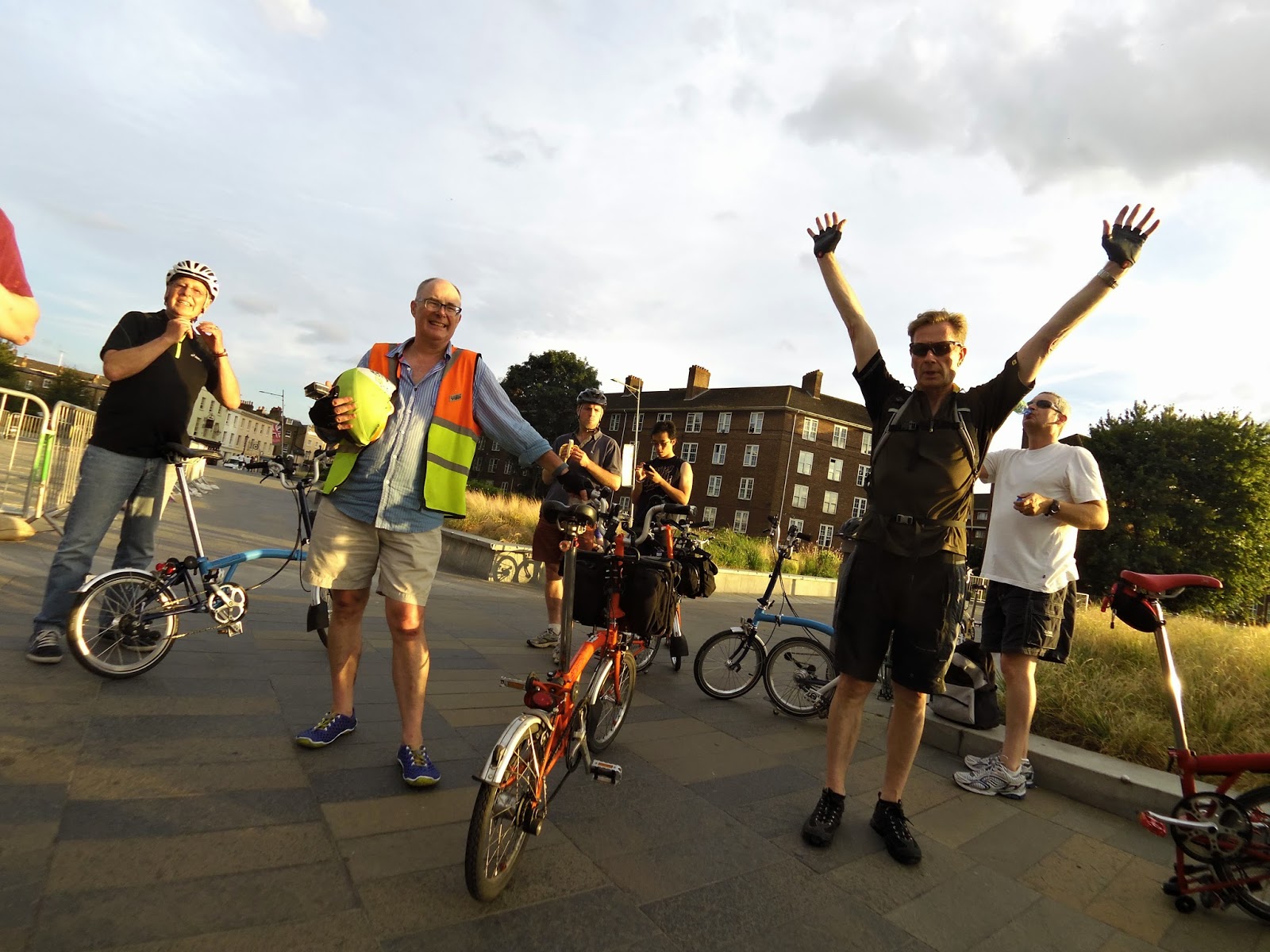 We said goodbye to a few people once we had emerged from the tunnel while the rest of us pressed on for the return to the London Eye. 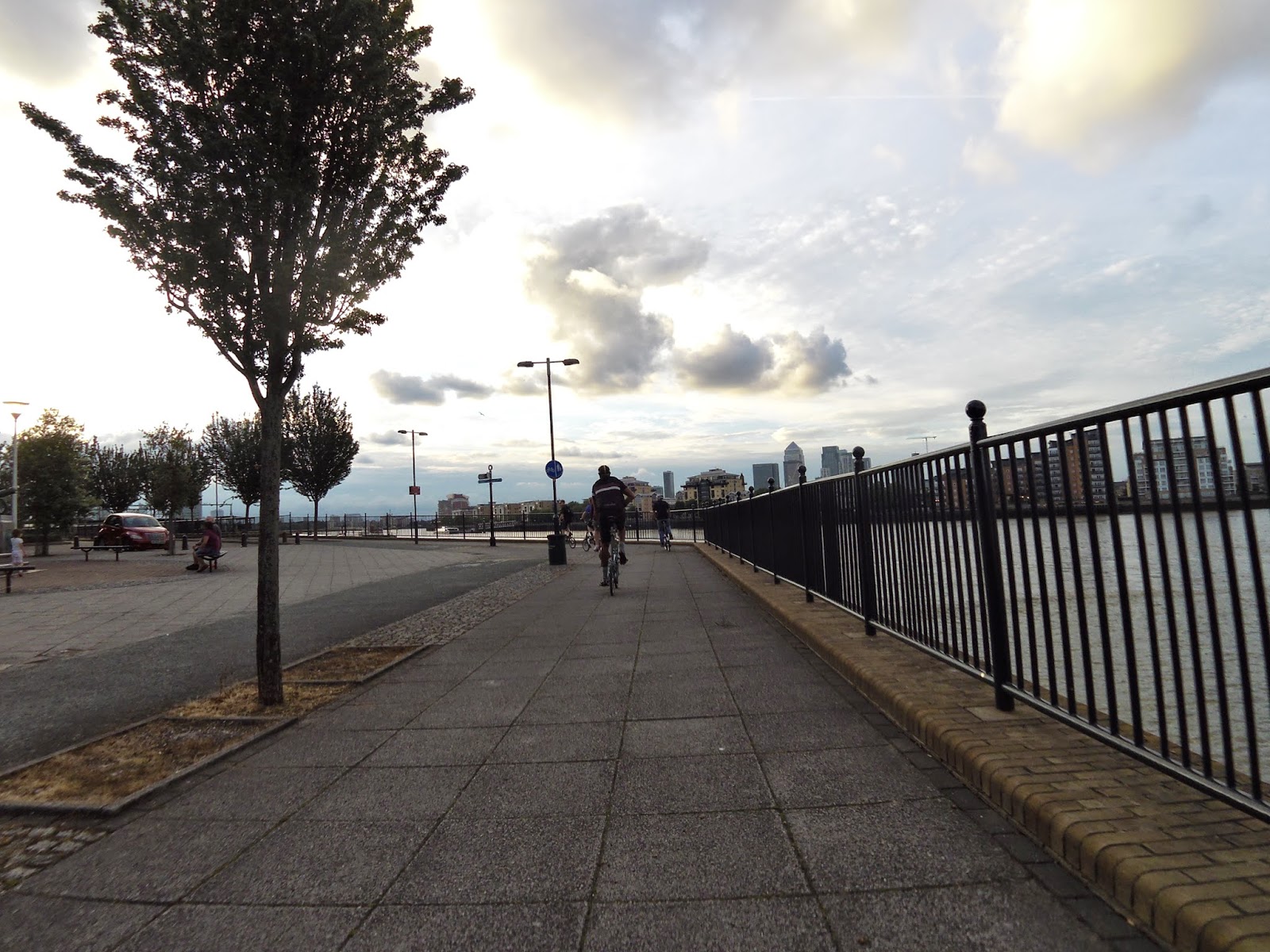 At the Eye we went our separate ways. Andrew and I rode as far as Hyde Park Corner together before we too parted company. This was a great little ride and many thanks to David for organising and to all the people who turned up. It was lovely to see some new faces.

The fact the ride was on a Wednesday, totally threw me for the rest of the week. In addition to singing and humming a certain war song,  I could not get it into my head that the next day was Thursday!

Next week is going to be a very busy one and as I will have lots to carry to and from work I doubt if I will be able to use my Brompton. The Brompton World Championships is next Sunday and I will gave to find the time to prepare for it...anyway I can!