Yesterday in the early evening having stuck my head out of the front door and seeing what the weather was like, I deemed it suitable to venture out for a little 24 mile spin in London. Wrapping up and taking a small, steel 500ml thermos flask filled with some of the finest Italian coffee available, I set off with my Orange Titanium Brompton.

In SW7 things were quiet. It felt a little bit like '28 Days Later.' Normally in this area there are at least lots of police officers about. There weren't any. There weren't even that many cars about either. I suppose Tier 4 means there is little point for many people as nothing is open anyway. 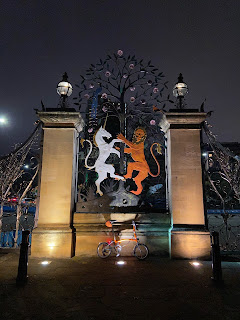 When I arrived at Buckingham Place I could not help but replay a conversation in my head from several years ago, when an old friend had bought a truly enormous house just to the south of the Thames. At the time I said something like, are you really going to use all these rooms? He simply replied, 'what about Buckingham Palace.' Standing there taking a photo of it I could see that he had a point. 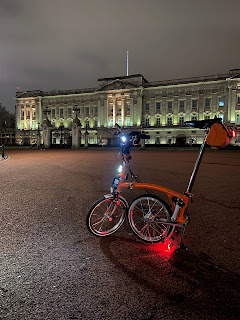 At the London Eye there were lots of people about in close proximity to each other not really adhering to what we are all supposed to be doing. 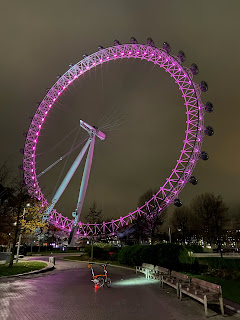 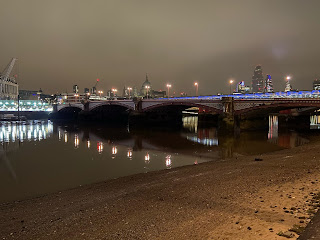 I cycled further east and went as far as Canary Wharf before heading back towards central London again. For quite some time now I have only ever taken my iPhone with me as my sole camera. I am constantly impressed at how good a photo it can take at night with very little effort. The 4K video it can take (again also at night) is better still and as such I rarely feel the need to carry anything more. 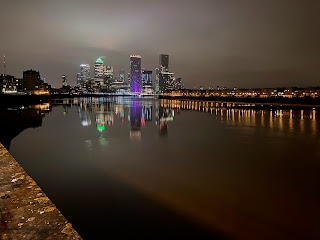 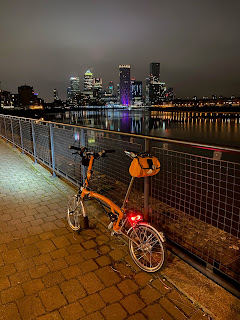 This was actually the third nocturnal outing to take photos of London at night. Part II won't appear a a blog post sadly as the friend I went with (the owner of that big house) isn't just camera shy, they lead an analogue life - no mobile phone, no online presence...you get the idea. 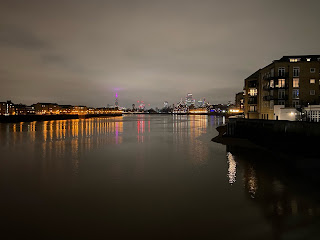 Back in central London outside the Gherkin I decided to take a few photos. I was not alone as there were a number of others doing the same. A family - dad with his daughter and son - were busy taking photos of London at night. The dad remarked that a Brompton was the best way of doing this and I agreed. (Chris if you are reading this, it was a pleasure meeting you and the family. Email me if you wants me more info on all things Brompton). 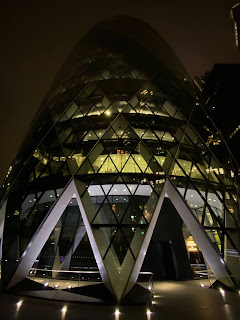 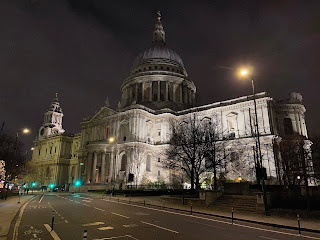 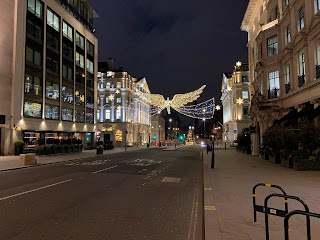 Stopping at 'Fortnum and Mason' I could not help but think of memories of Christmas past. This was one of the haunts of my late mum, who enjoyed going there for a pot of tea and usually a slice of something. I remember fondly going there as a small child and enjoying tea and cake. Sadly, I cannot bring myself to ever go there anymore as it is a bit of a tourist thing nowadays. 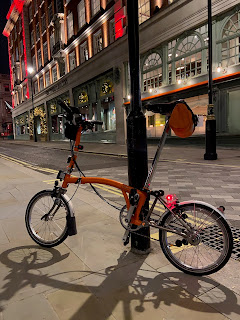 Back at Oxford Street, like the theme for much of this ride, things were quiet to say the least. In fact there has not been a time when I have ever seen it like this. London normally always has something going on whatever the time and whatever day of the week. 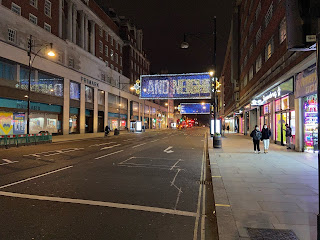 I have not suffered too badly from the dreaded 'C' word. I don't know many who have succumbed to it and those who did have thankfully not suffered too badly. Fortunately, I have had the company of Mrs Orange and the Orangettes which always makes me happy and all I really need to do so. I have always been one of those people who can potter around and find something to entertain.
I am however someone who hates being told what to do or have restrictions imposed on what I can and cannot do and this aspect I have found difficult. An outlet has been the Brompton and venturing out on it on mini adventures has definitely helped in a big way.
I really do hope that wherever you are you have not been too badly affected by the 'C' word. I have always been an eternal optimist and it has been said that if I had of been on the Titanic I would have been the person saying, 'don't worry...it's all going to be okay!' So, now I have told you that, as far as 2021 is concerned, don't worry...it's all going to be okay! I hope that for all of us 2021 will be better!
So, thank you for reading and continuing to read and I wish you are very happy new year!! Until next time, stay safe out there people!! 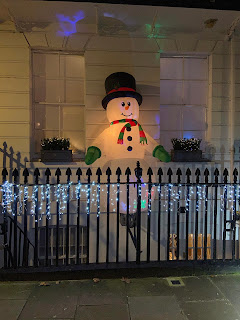