New Year's Day was to proved to be a rather nostalgic one as far as riding my Brompton was concerned. A club ride had been set and there were even two meet locations - King's Cross and Richmond.

Always an early riser I decided to get up and cycle the 16+ miles to King's Cross to meet Jenny and a few others there for 10:00. The plan was for us to then cycle to Richmond Station where we would meet the larger group at noon. 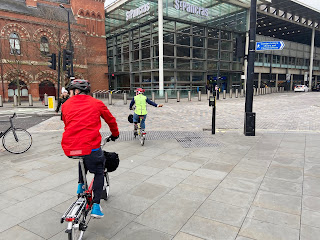 Our route to Richmond was lovely, taking us through central London getting busy for the Lord Mayor's Parade later that day. 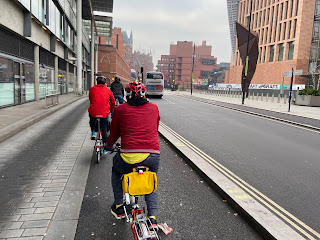 Our pace was sedate and conversational and I caught up with lots of cycling gossip from Jenny. After over 13+ miles we rolled into the familiar territory of Richmond.


The meeting point was the Costa Coffee near the station. I cannot tell you how many Brompton adventures and friendships have been made at this location. Instantly my mind was cast back to early Saturday mornings when we used to head off to all sorts. Lots of us headed inside for a hot drink and and snack while waiting for other participants to arrive.

There were so many old faces, Brian who loves on a canal boat with his cat Fabby, who in the past has been on all sorts of adventures, some where his rear wheel was basically falling apart. The always stylish Zoom Zoom who I was very pleased to see again. The gentleman that is Andy, who I last saw when finishing the Evans Cycles West London Sportive last year. Chris and her new arrival in the form of Daisy who was riding on a seat propelled by her dad Jack. Of course there was also Anne and David who I always love seeing.


Out route was 16 miles and took us out from Richmond along the River Thames past Twickenham, Kingston upon Thames, Hampton Court, Bushy Park, Teddington and back to Richmond. 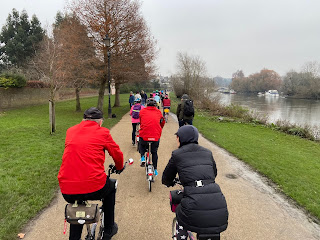 Naturally, every so often photos had to be taken - which is what Brompton people do. In fact most of us look for a lovely location, place our bikes in front and take a picture - with the Brompton taking centre stage!! 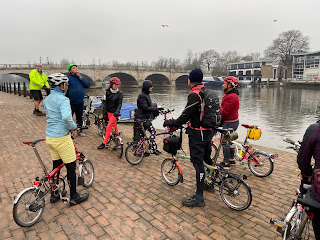 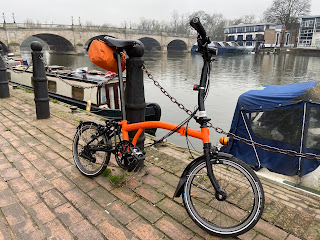 As I cycled memories occasionally popped into my mind of various locations, adding to the nostalgic nature of this ride. 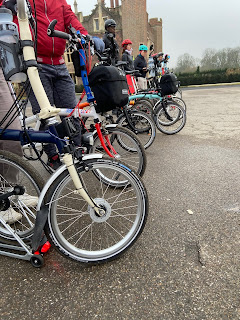 One such memory was when we arrived at Bushy Park. I recall us using the pedestrian gate at almost midnight on our return from an evening adventure from Kew Gardens to Box Hill and back. I made a mental note to do that again when the whether gets better. 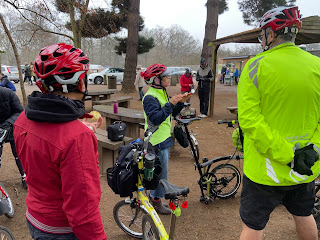 Bushy Park was one of our stops and again a few of us bought a drink and snack. I decided upon tea and a Bakewell slice and I have to report they were wonderful! 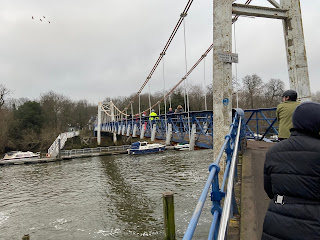 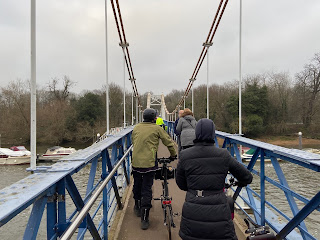 We arrived at the familiar Richmond Park. We formed a natural little peloton and it was a magnificent sight as we purposefully rode through, still chatting and still smiling.


At Richmond Station we said our goodbyes and made plans for future rides. Thanks to Jenny and David for leading their parts of the ride. It really was a lovely way to start the New Year. Thank you to them and everyone else who attended. 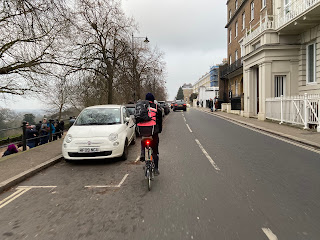 I decided to cycle home from Richmond - another 13+ miles - letting my Wahoo do its magic of guiding me along an interesting but quiet route. I made it home in pretty good time. In all, I clocked up 59 miles. If I had of know it was so close to 60 miles I might have stayed out a little until I had reached it. Still, it's a good start to my 2020 tally.