The Canary Wharf Winter Lights event has been taking place for a few years. Last Friday was the date when the lovely Brompton peeps would experience the many light installations.

Now this was a Brompton ride but sadly my beloved Orange Brompton was out of action. I performed an act of Brompton DIY that ended in disaster. I will write about this at a later date. (It was going to be a helpful how to guide but it will end up being a tale of caution)! So, with no Brompton I decided to take the Surly.

I nearly didn't make the ride at all. An event took place at work about 90 minutes before I was due to leave that meant I might still be at work when the ride set off at 18:45. Luckily, things were resolved but I only just made it in time for the start. 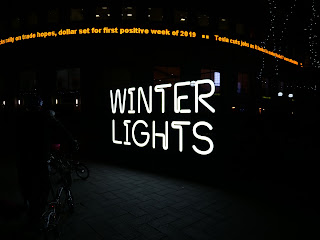 When I arrived I saw lots of familiar faces, some of which I had not seen in perhaps two years! Far too long really. It was great catching up.

David was our ride leader and after a quick briefing we were off. We cycled pretty much along the tried and tested Thames Path route - that I am particularly fond of. Before long we arrived at Canary Wharf. 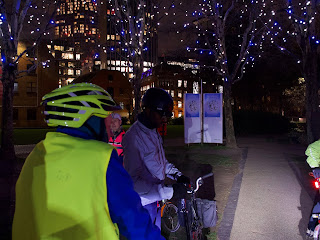 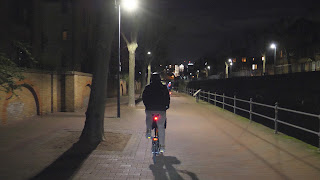 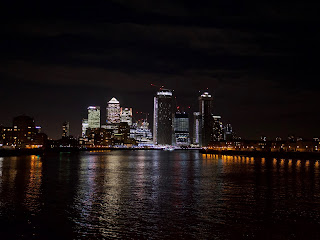 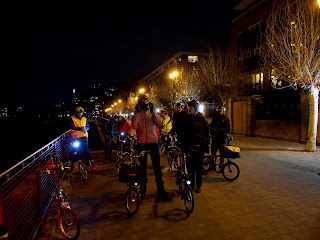 The first installation was 'Sasha Trees' by Adam Decolight. These were quite lovely and if anything put me in mind of Christmas again, what with all the glowing fir trees. 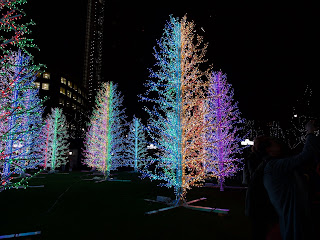 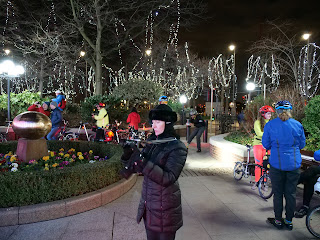 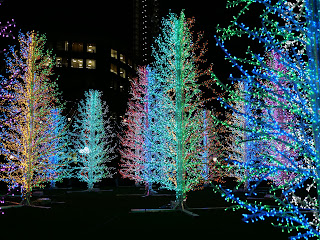 Next was 'Prismatica' by Raw Design in collaboration with Atomic3. These were great and people had lots of fun spinning them around watching the colours. 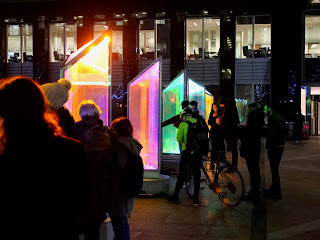 I think the Cabot Square Fountain was quite lovely and jets of coloured water were pumped in time to various music tracks. When I got there Gene Wilder singing 'Pure Imagination' was being played and the whole experience was quite magical. 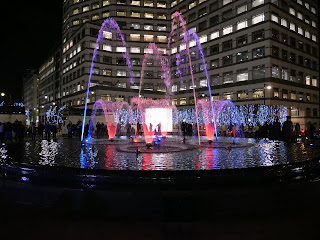 'Colour Moves' by Rombout Frieling Lab had lots of colour projected on the walls of a narrow tunnel. It had the effect of making you feel you were moving, when standing still. 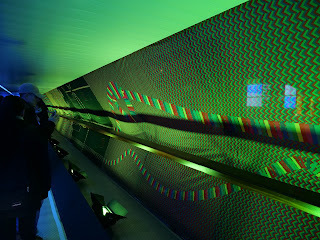 'Angles of Freedom' by Age Collective had queues of people waiting to portion themselves like an angel, wings and halo included. 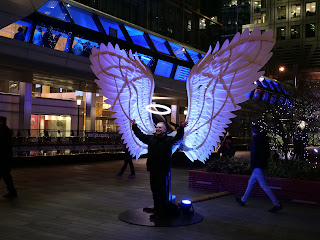 'Submergence' by Squidsoup was perhaps my favourite of all. In this 24,000 points of suspended light created pulses, waves and huge movements of light. I parked the bike and waded in and for a few moments forget my surroundings. 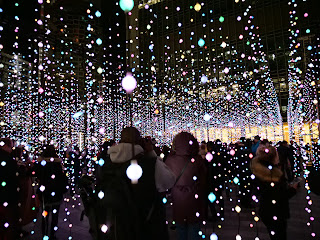 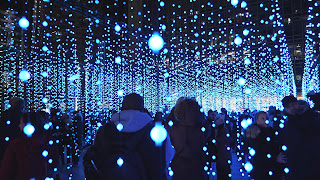 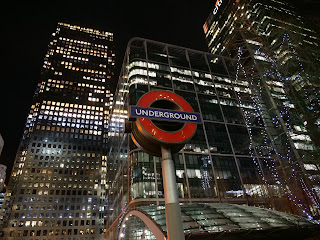 'Bit Fall' by Julius Popp was there last year and as water dropped, letters were projected onto it as it fell. It is very clever and quite hypnotic waiting to see what word comes next. 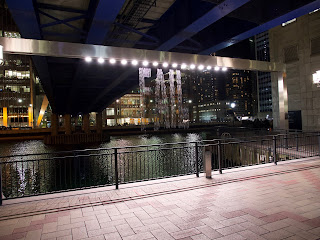 Just after 21:00 we had seen all the lights we wanted to see and as people were starting to feel the cold (me included) we headed back towards the London Eye. 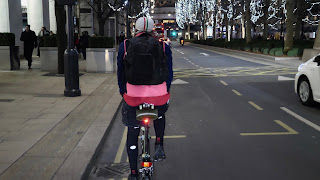 Naturally a group photo had to be taken before heading back to the start location! We arrived back at the London Eye in good time, just before 22:00. We said our goodbyes before heading off on our separate ways. Many thanks to David for leading the ride. 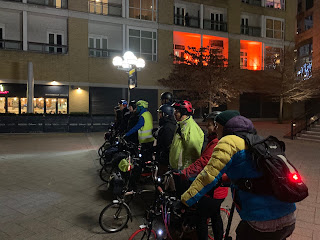 I had a six and a half mile cycle to where I had parked the car. Carrying my big camera with me, I resisted the temptation to stop and take more photographs. Besides I knew I had to be up early the next day to take my Brompton to 'Compton Cycles' so that they could sort out my DIY disaster!

As always a lovely ride. I really missed my Brompton! It would have been a great deal more convenient to have used it for this ride. I will be glad to have it back hopefully by next Saturday if all goes to plan!