London Lumiere on a Brompton

Friday night was to be my first proper outing for 2016 with the wonderful Bromptonians of London. For one reason or another I very nearly didn't make this one as my motivation to do so has wained considerably of late. Thinking that it might do me some good I decided to go after all.

All I knew was that it was something to do with light and art, scattered about various locations in central London.

The meeting point was the London Eye at 18:30 but unable to get there for the allotted time I was fortunate that Mark (King of the Hill) was in a similar situation. We therefore met at Trafalgar Square for 19:00 and the others would make their way to us.

I had parked my car off the Marylebone Road and cycled to Trafalgar Square, however my passage was soon blocked by several security guards. Many roads were closed which resulted in me pushing my Brompton as I walked.

Making it to Piccadilly, I saw what must have been one of the light/art things. They resembled several coloured tadpoles floating along. The road was crammed with people and there was barely room to move. To be honest I had almost had enough of light/art there and then in terms of the crowds. However I pressed on as I was certain things would be better with my fellow Bromptonians.

The first few pieces of art were at Trafalgar Square - the Centre Point sign, a bow around the forth plinth and plastic bottles in the fountain. 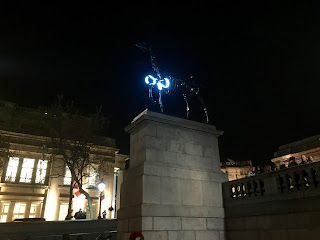 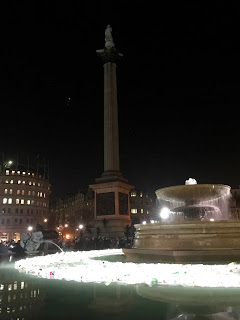 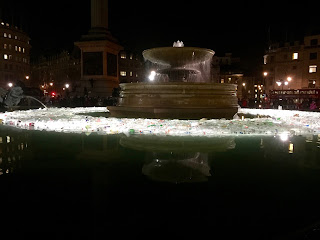 Almost immediately arriving at Trafalgar Square I saw Mark and not long after that the troops started to arrive.

I elected to just take my iPhone 6 as I didn't want to bring my big camera - purely as it is still fairly new and all that.

At Leicester Square there was some sort of garden theme going on. It was all very colourful and judging by how many people were around I suspect Homebase will be selling something on a slightly smaller scale some time soon. 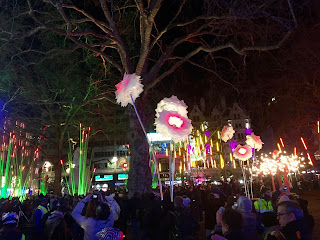 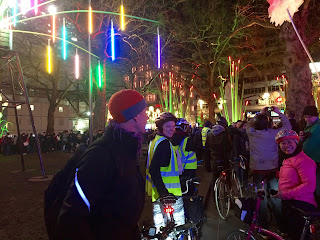 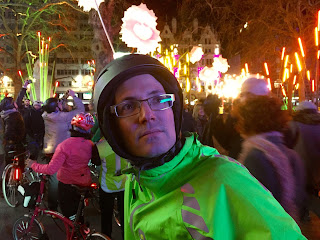 With David quite rightly moving us after we had had a bit of a look, we came across several floating people. They were craftily constructed and swayed in the breeze. It is amazing what you can do with some chicken wire and a few led lights! 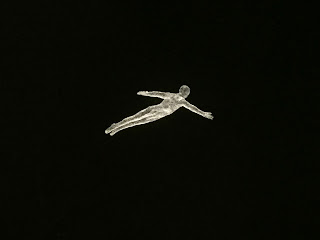 Back on Piccadilly, things had if anything calmed down from earlier on. A montage of colour and shapes were projected on a building. My gut reaction was that this is what it must be like to take drugs. 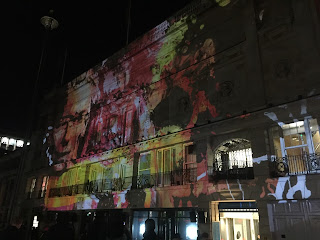 The large, colourful fish, plankton, tadpoles or sperms with wings were doing a roaring trade and many people - me included - simply took a few photos as heaven knows what they were meant to be? 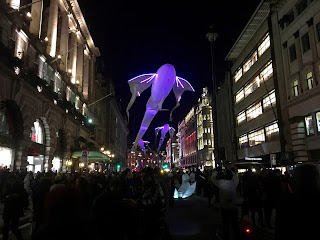 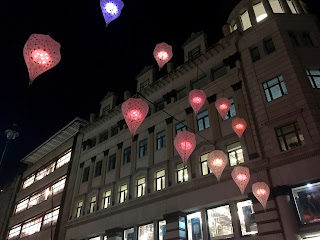 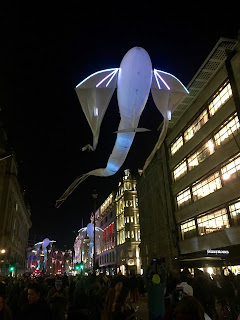 At the lower end of Piccadilly, one side Air Street the backside of an elephant could be seen projected and loving about. It was at this point I pinched myself to see if it were all a dream and then again considered whether taking class A drugs might offer the same hallusination ? 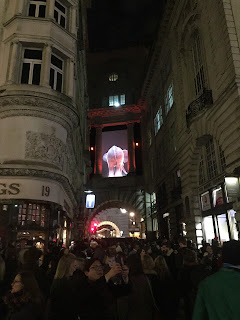 Seeing the various light art dotted around London via Brompton was probably the best way. It allowed you to get to the various points quite quickly as I served to keep you a great deal warmer. 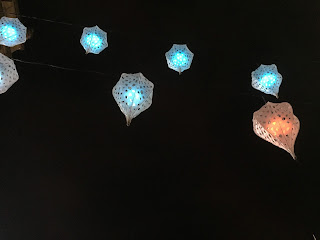 With Regent Street devoid of traffic, Piccadilly Circus was packed and it reminded me of New Years Eve. 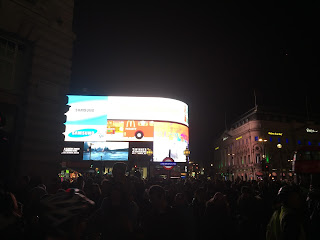 At the other side of Air Street the front of the elephant, whose rear we had seen previously was displayed. I can honestly say I was not expecting this. 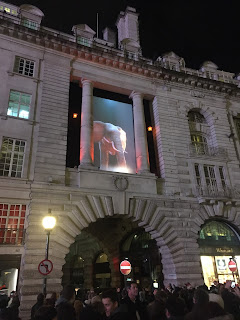 Further up Regent Street dancing men jumped and ran across the building. Sadly it finished as we arrived and didn't resume fully by the time we moved on. 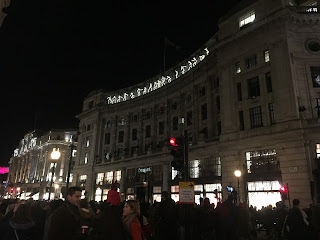 Our last stop was at Kings Cross / St Pancras. A large illuminated birdcage, with working swing was a draw to some of our number, who waited patiently so that they could have a go. 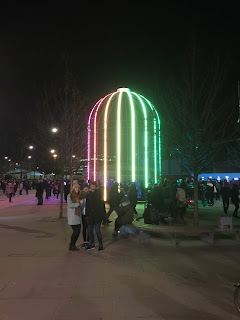 We said goodbye to those that had to leave while some of us that remained headed inside St Pancras to a coffee establishment for some refreshment. This was the time honoured half way stop on all of our Christmas lights rides. 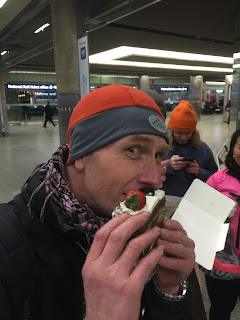 Having to get back I made my farewells and headed back into the night. Thankfully I did not get lost and made it to my car in good time.

Many thanks to David for organising the ride and the company of my fellow Bromptonians.
at January 18, 2016