Whitstable on a Brompton - Part 2

This particular ride took place on Saturday, 14th June 2014 but I have only now had the time to write it up. I have been kept very busy at work and if anything things are going to be even more hectic for the next month, so I hope that this accounts for lack of blog posts of late.

The ride to Whitstable last year was memorable for all the right reasons and a few wrong ones. I have posted a link to last years blog post so that you can read why if you have not already sone so!

Last year Mark (King of the Hill), Geoff and I met at an ungodly hour at Trafalgar Square to cycle at a fair lick to Otford, some 29 miles away. Those not wanting to do this sensibly got the train from Victoria to Otford and met us there. We then cycled the 50 remaining miles to Whitstable. This year was different!

It had been muted that a select few would do the same. Of course Mark and I were keen to do this but for once we let ourselves be governed by our heads and not our hearts. Mark, recovering from a nasty fall off his bike knew that a ride approaching 80 miles so soon after his accident was foolhardy. As for myself, after the Nocturne and the NightRider back to back - completing the NightRider Charity ride quicker than I should - I decided that starting at Trafalgar Square was not a good idea.

This time I decided to go to Victoria and get the train down to Otford. Cycling to Victoria I met Charlie (veteran of the Friday night rides to the coast). The Mall was extremely busy with police officers and it dawned on us that they were getting ready for the Trooping of the Colour later that day.

At Victoria Station we met up with some familiar faces - David, Anne, Jenny, the other Mark and his partner and had a good journey down to Otford. Once at Otford we met up with Mark (King of the Hill) and and Sean.

As we departed from Otford Station it started to spit with rain. I had not brought any waterproofs with me as the forecast has universally been good. Anyway, I took the view that if it rained it rained and I cared not. Luckily it was very short lived.

The draw for this ride, apart from the company, it being a lovely adventure and the rare opportunity to ride in a strict Brompton peloton was the scenery. It was stunning. My photos do not really do the views justice. Open countryside lay before us, confident in the knowledge that all who set eyes on it could not fail to be impressed. It was glorious. It has been said Kent is the garden of England and one look at it confirmed this. 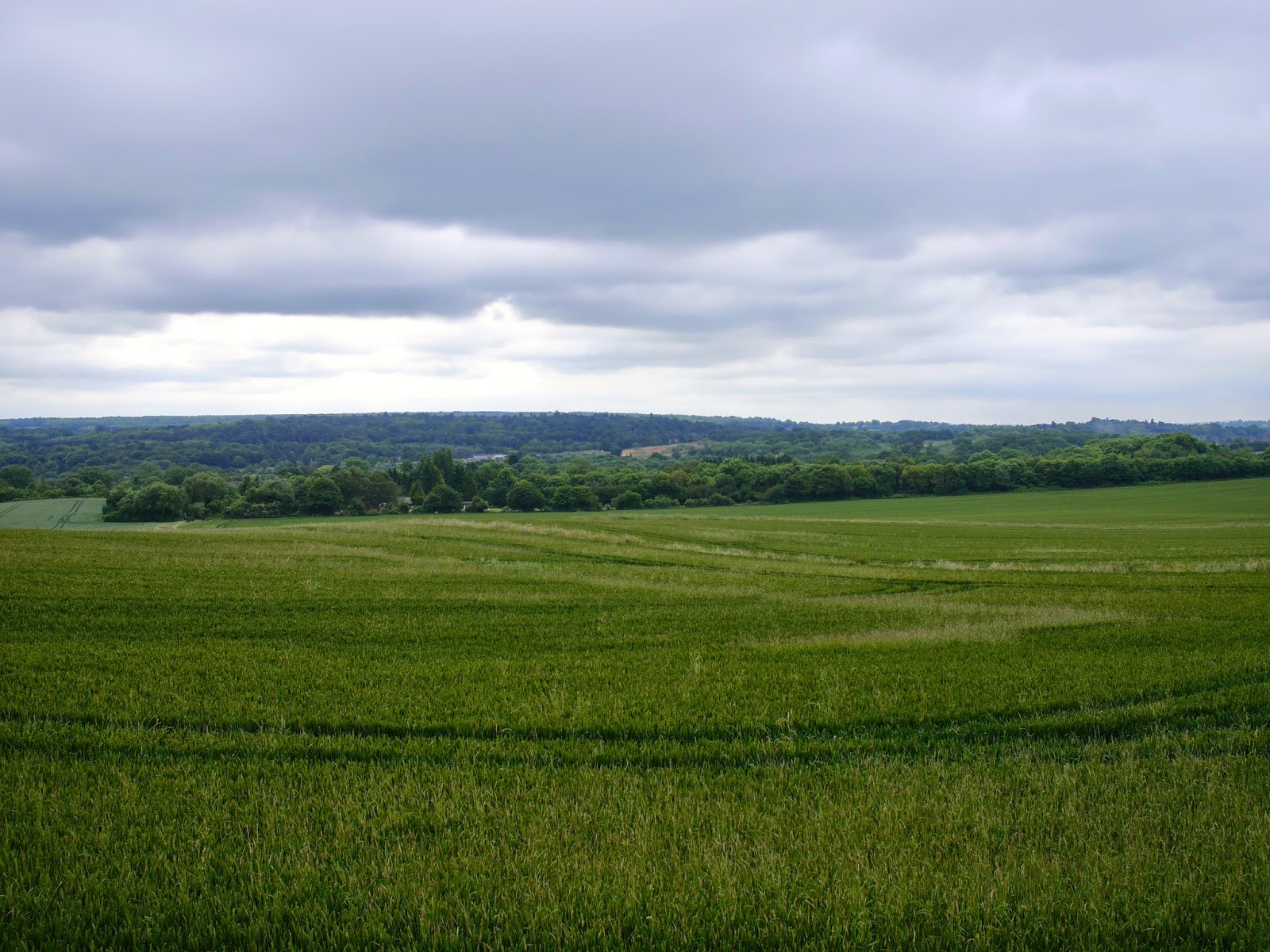 As always we stopped when we needed to, took photos, had some water or had a quick snack. Occasionally certain views were so picturesque it induced many to stop and take a photo. 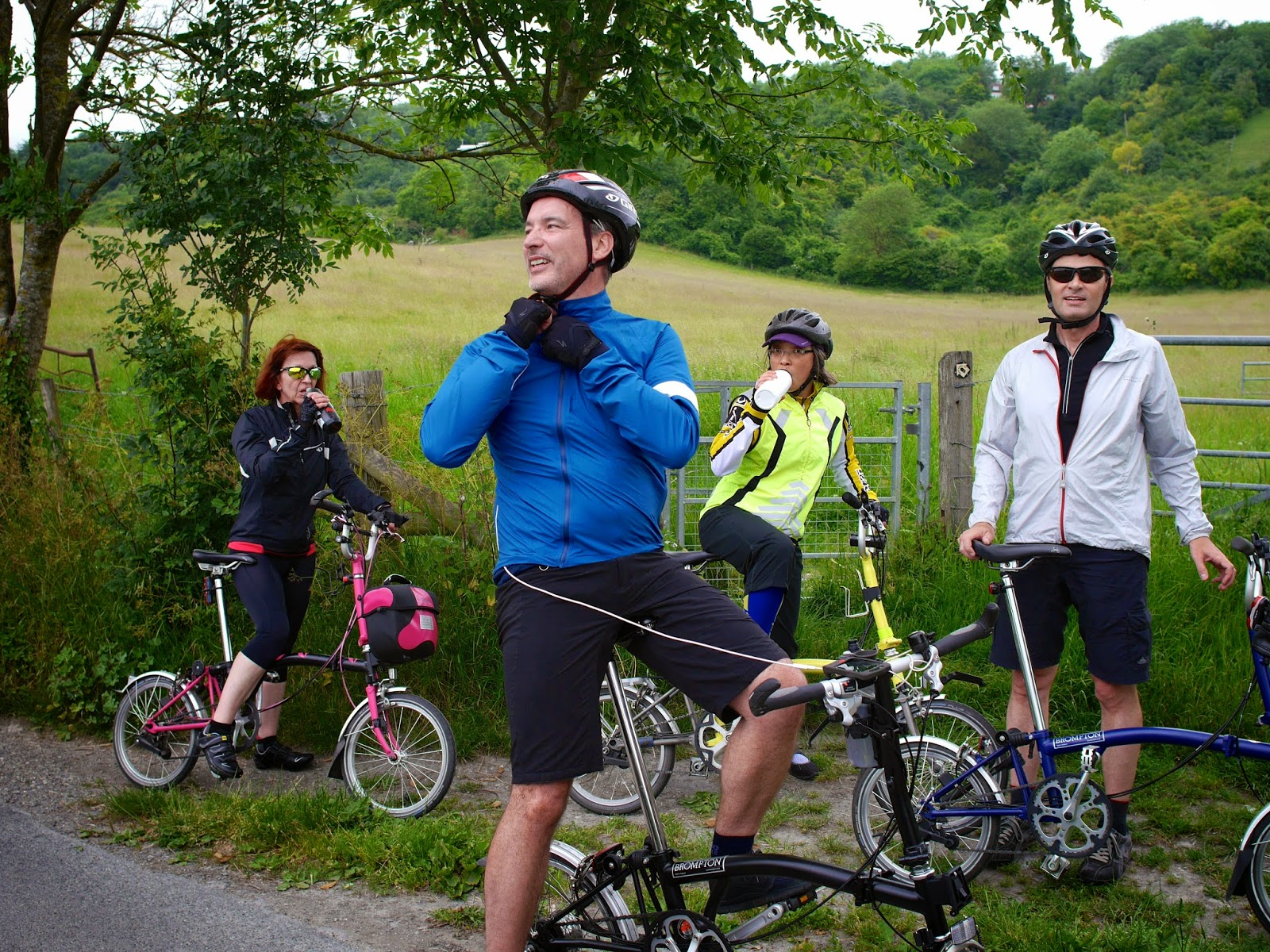 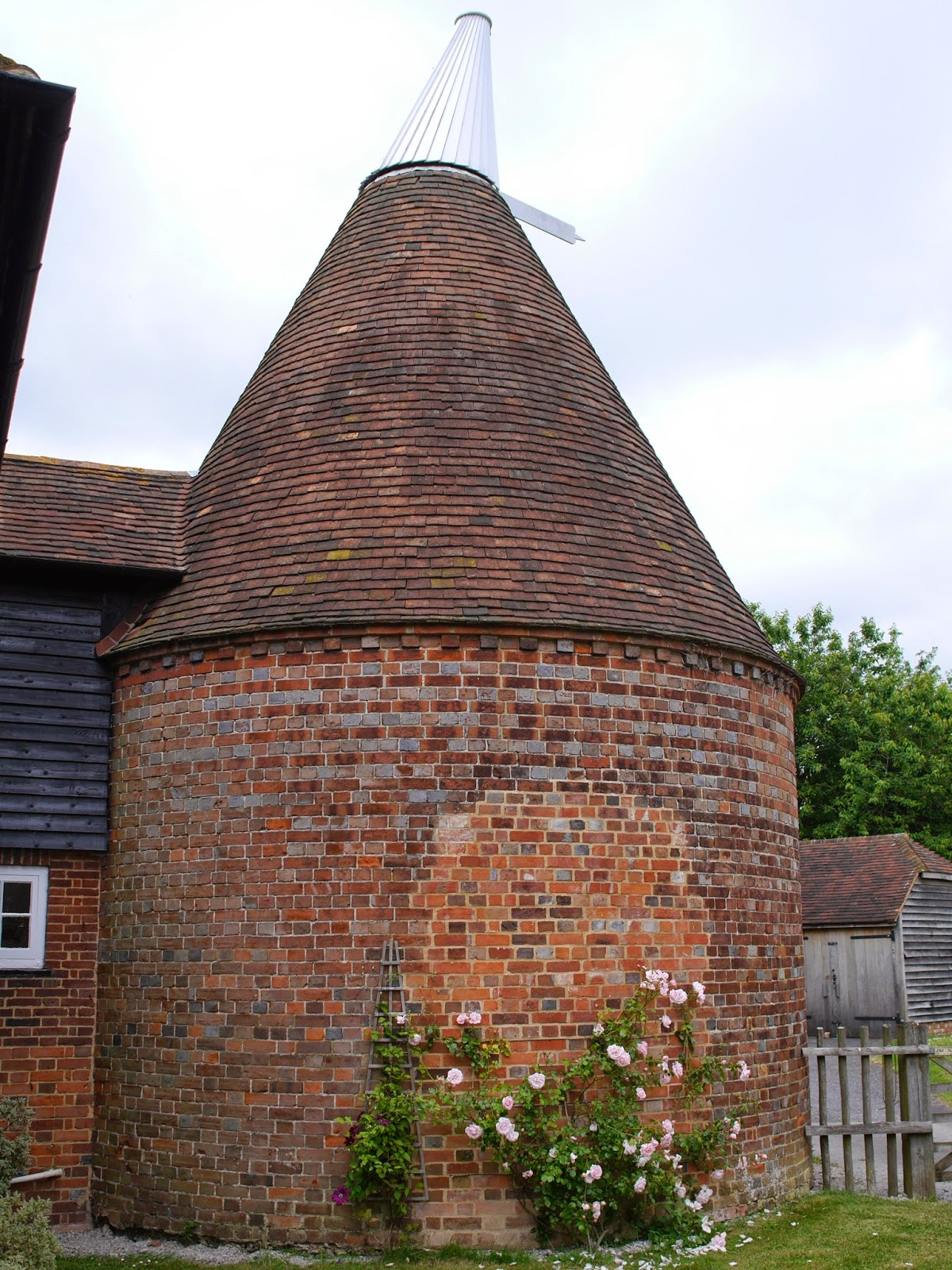 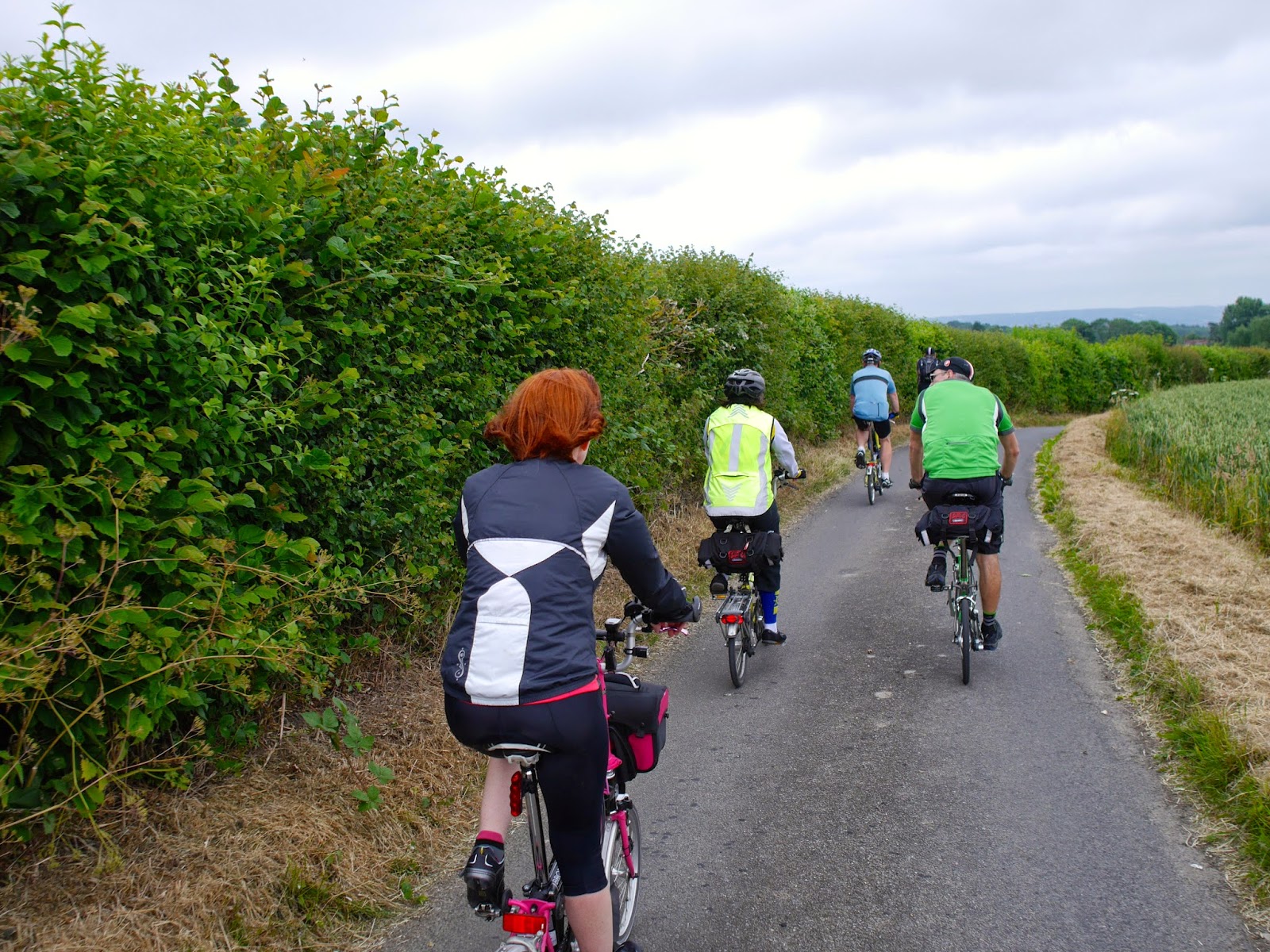 It is strange to think that some of the route we were cycling along was quite possibly one used by pilgrims for hundred of years on their way to Canterbury Cathedral. This Cathedral is home turf to the Archbishop of Canterbury, leader of the Church of England. It is off course the location where in September 1174 Thomas Becket was martyred. 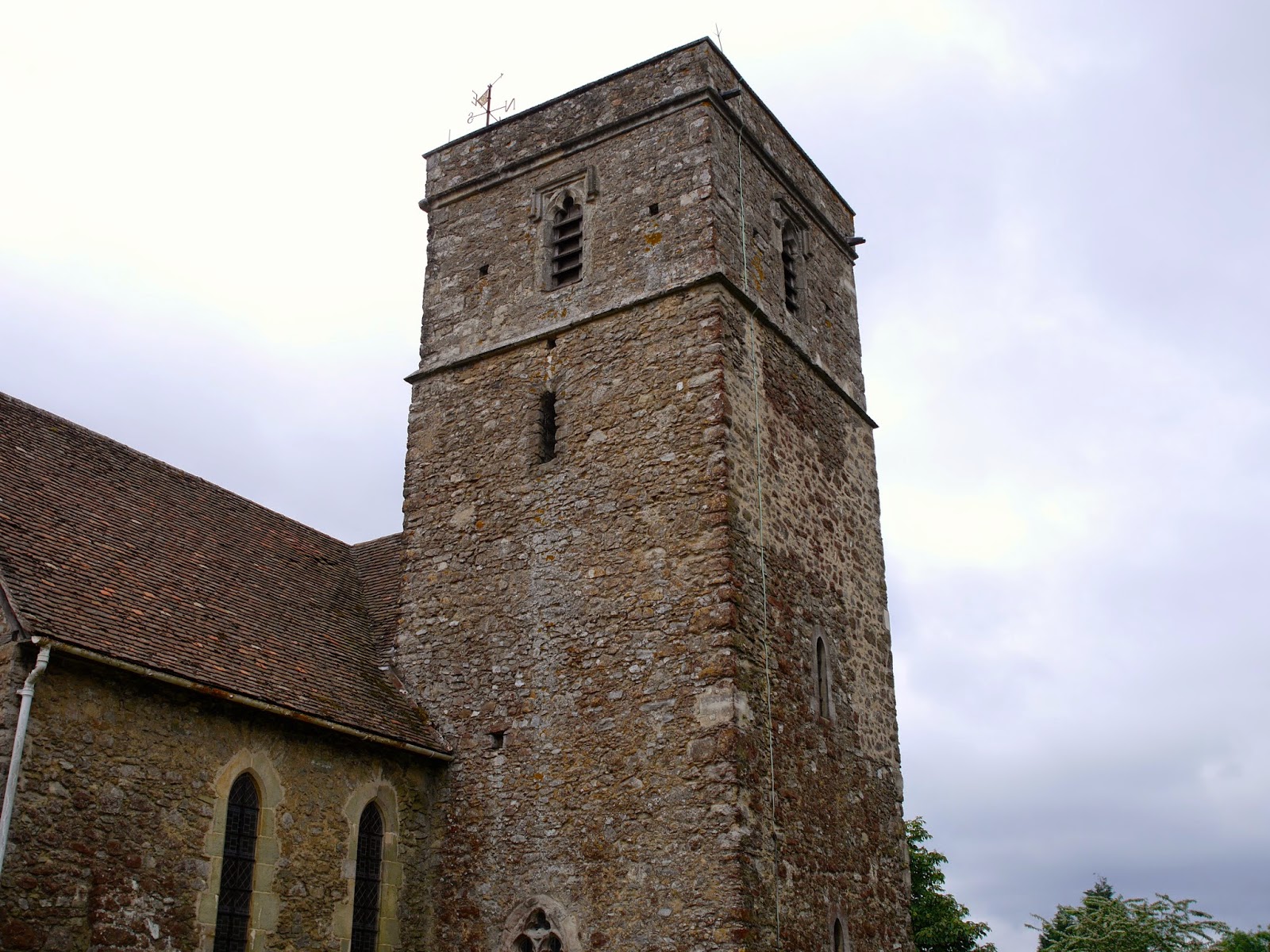 The pilgrims way marks the route many took on their way to visit his shrine as retold in Geoffrey Chaucer's 'Canterbury Tales' nightmare of many a English Literature A-level student - yours truly included! 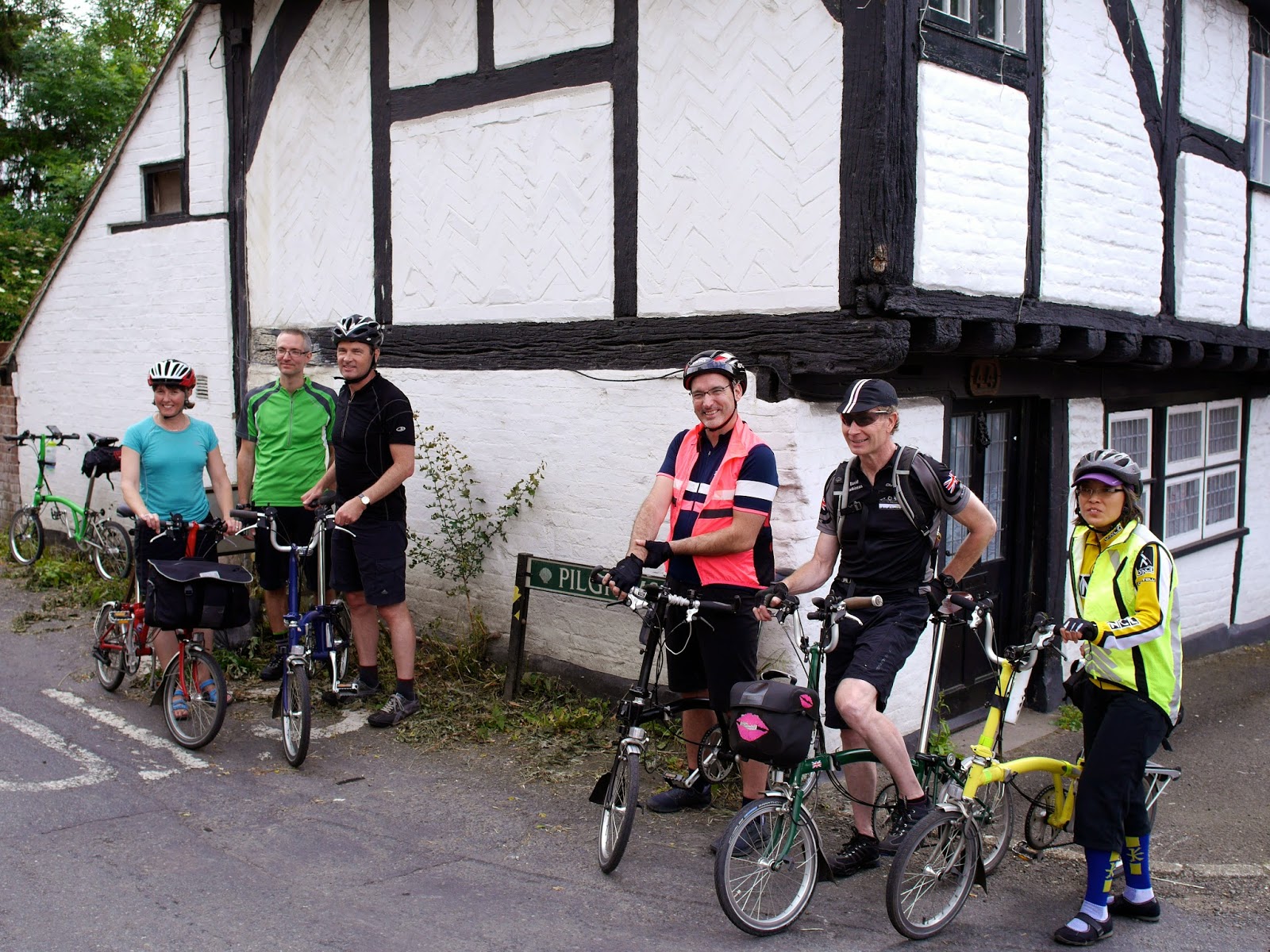 Beautiful little villages were passed and it would have been lovely to photograph each and every one. Time constraints did of course mean that we were afforded fleeting glances. 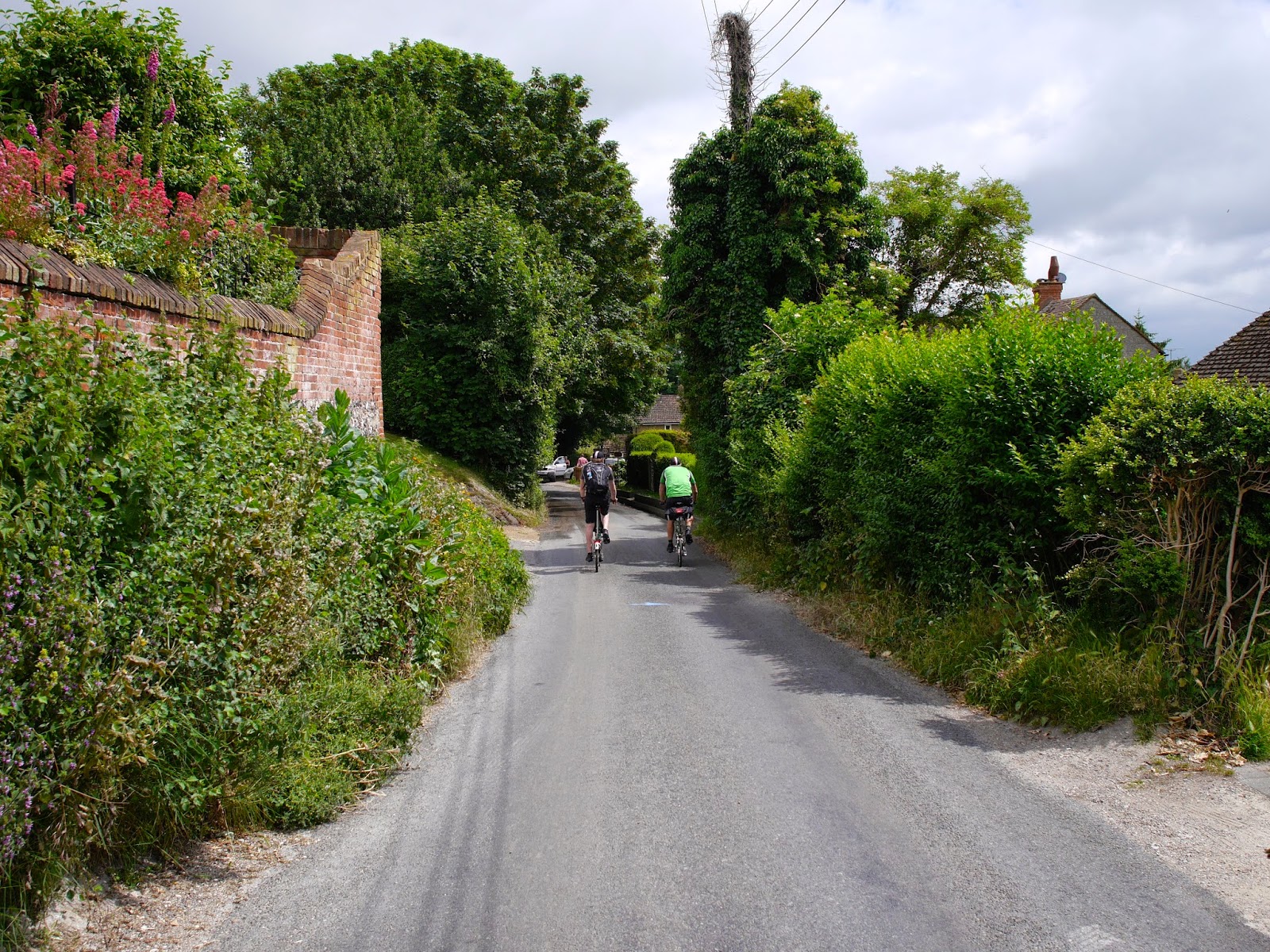 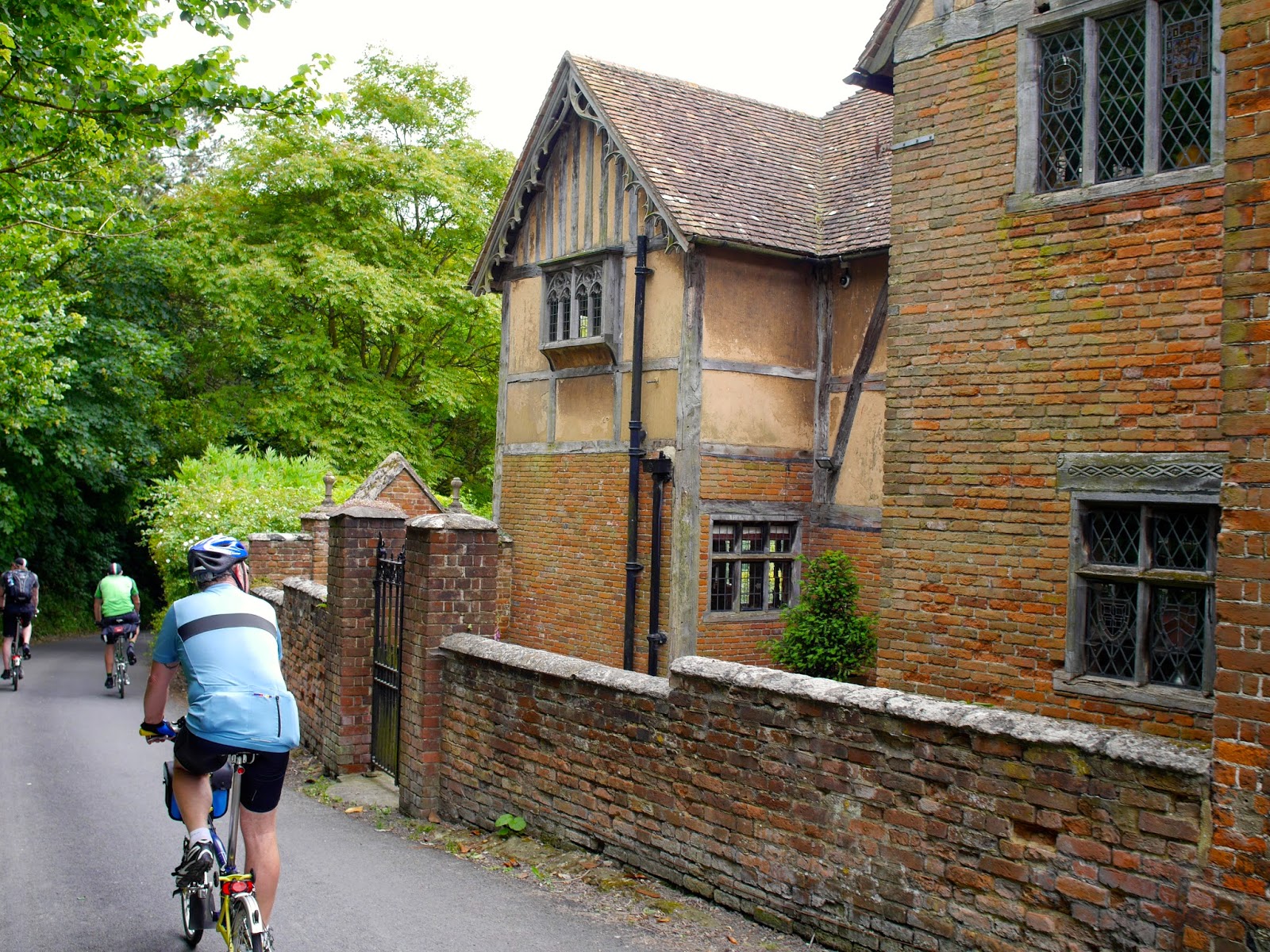 Some houses dated back into the 16th Century and one could speculate how many pilgrims might have stopped for refreshment or just to take in the views before heading off again? 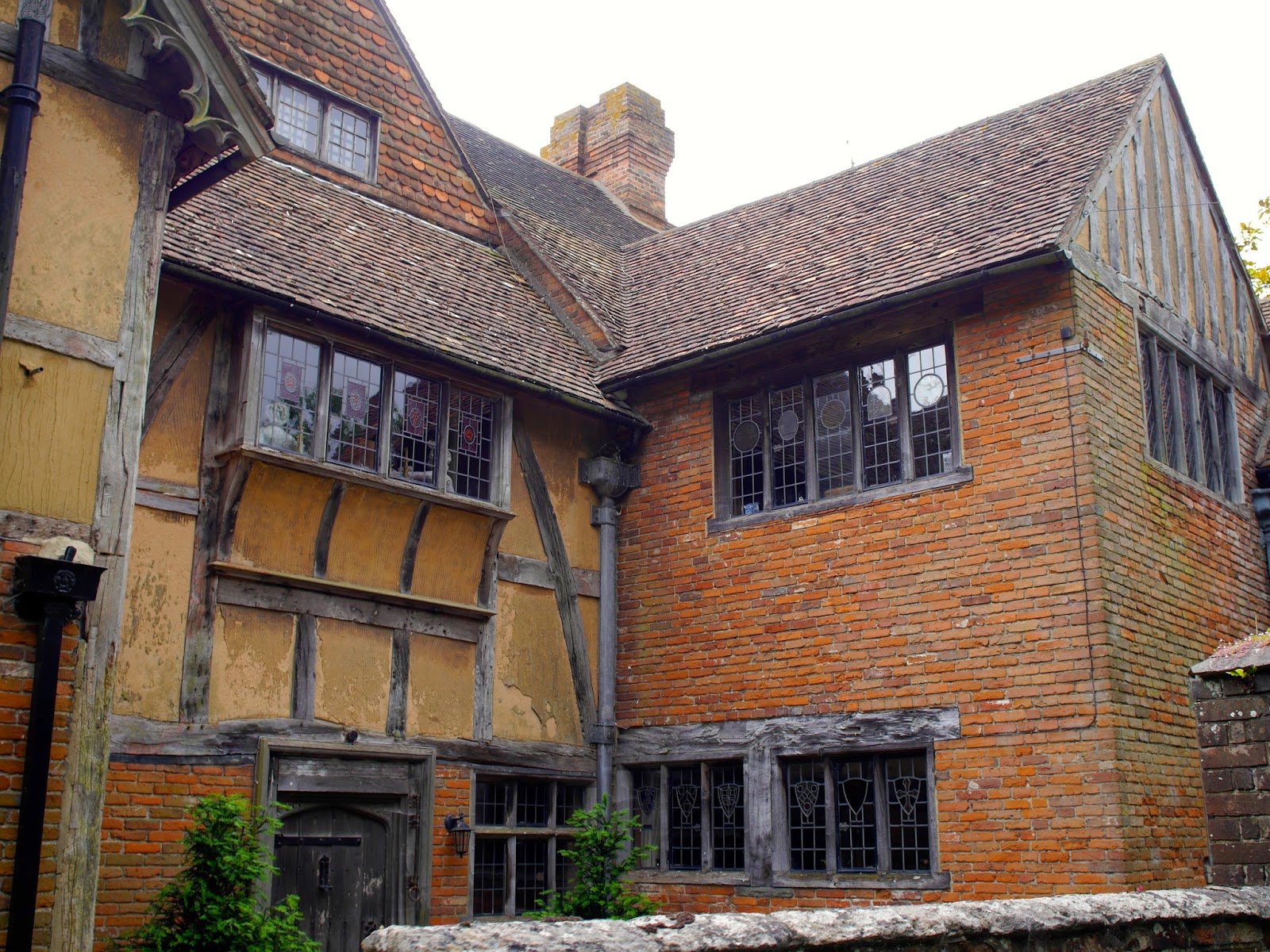 One sight better than any was that of a Brompton peloton in full flight. Seeing one, by the reaction of onlookers must be quite a sight but to actually be in one is nothing short of exhilarating! For a few brief moments the world around seemed to just flit by and I suspect many of us were caught in the moment. 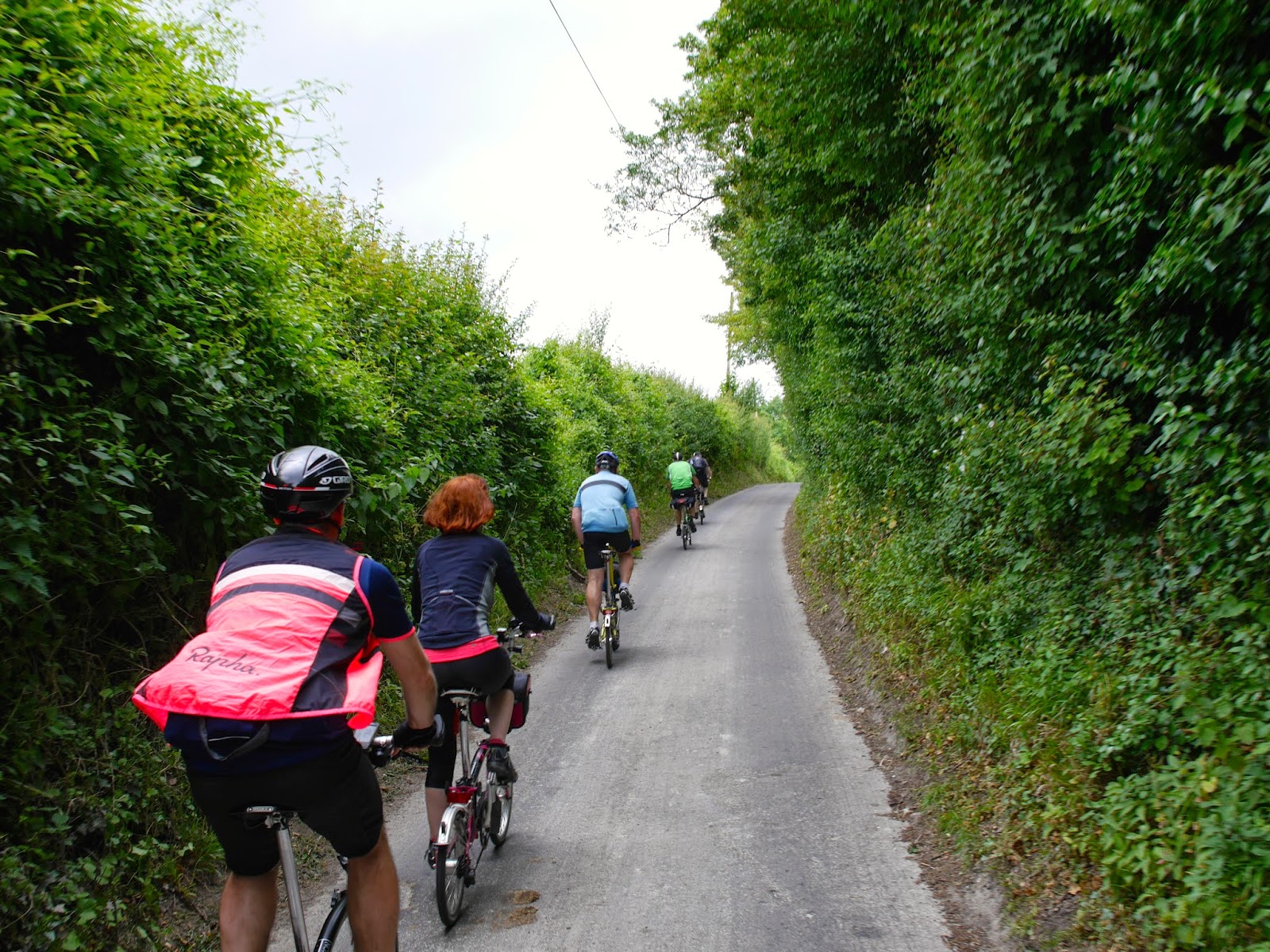 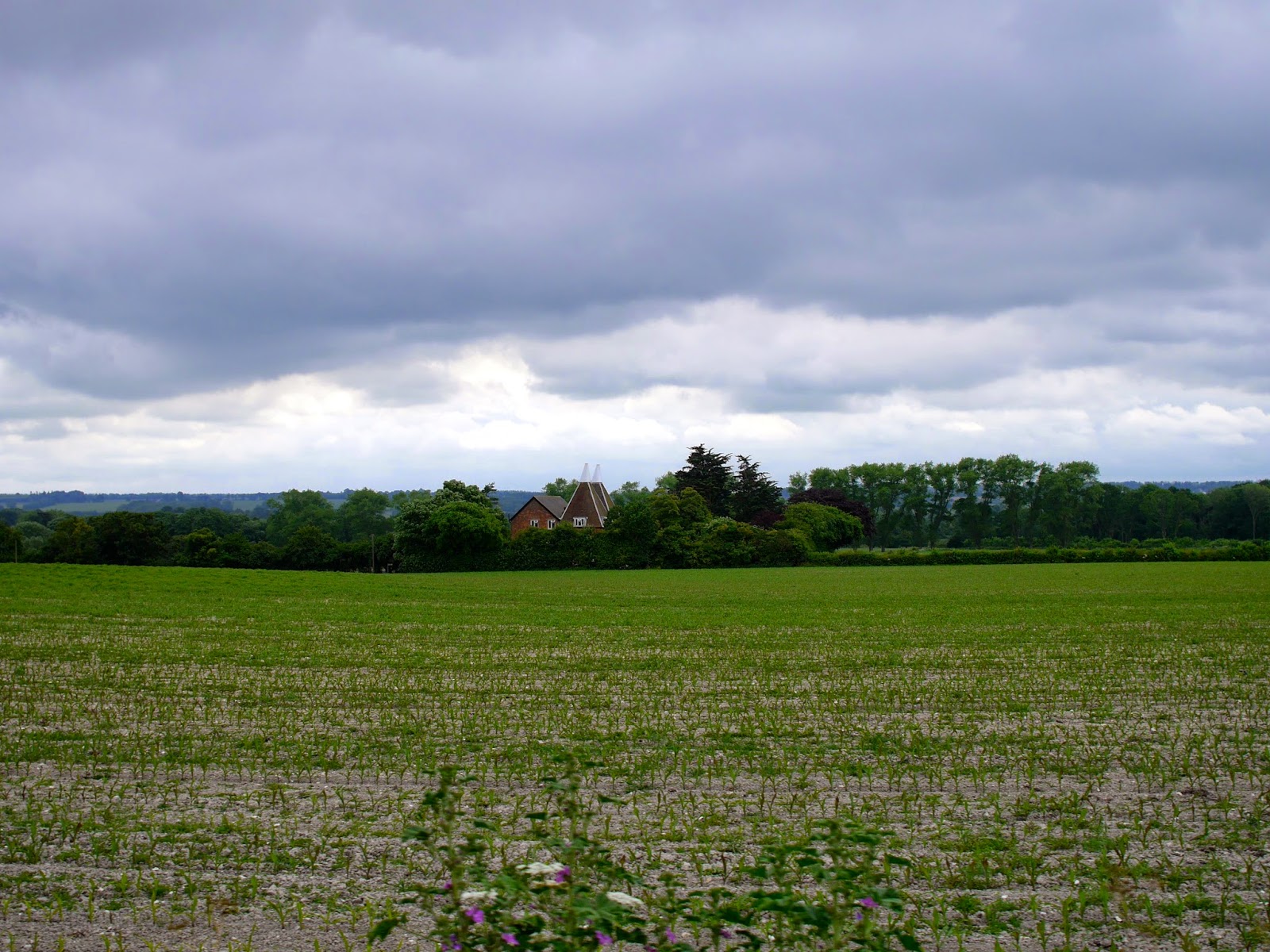 Last year we encountered a hill - Hollingbourne. This is 3.01 km long and at its steepest a 7% gradient. Last year I almost made it up all the way but had to put feet down and walk. It was a fearsome beast and a year on I still had some trepidation about it.

As per usual David and Mark powered off as if it were a small incline. I followed. I kept a good pace and found a nice rhythm. I love hill climbing and I love the challenge. A ride is made all the better for them. This time Hollingbourne Hill didn't seem that bad. It was by no means easy to ascend but I found it much easier compared to last year. 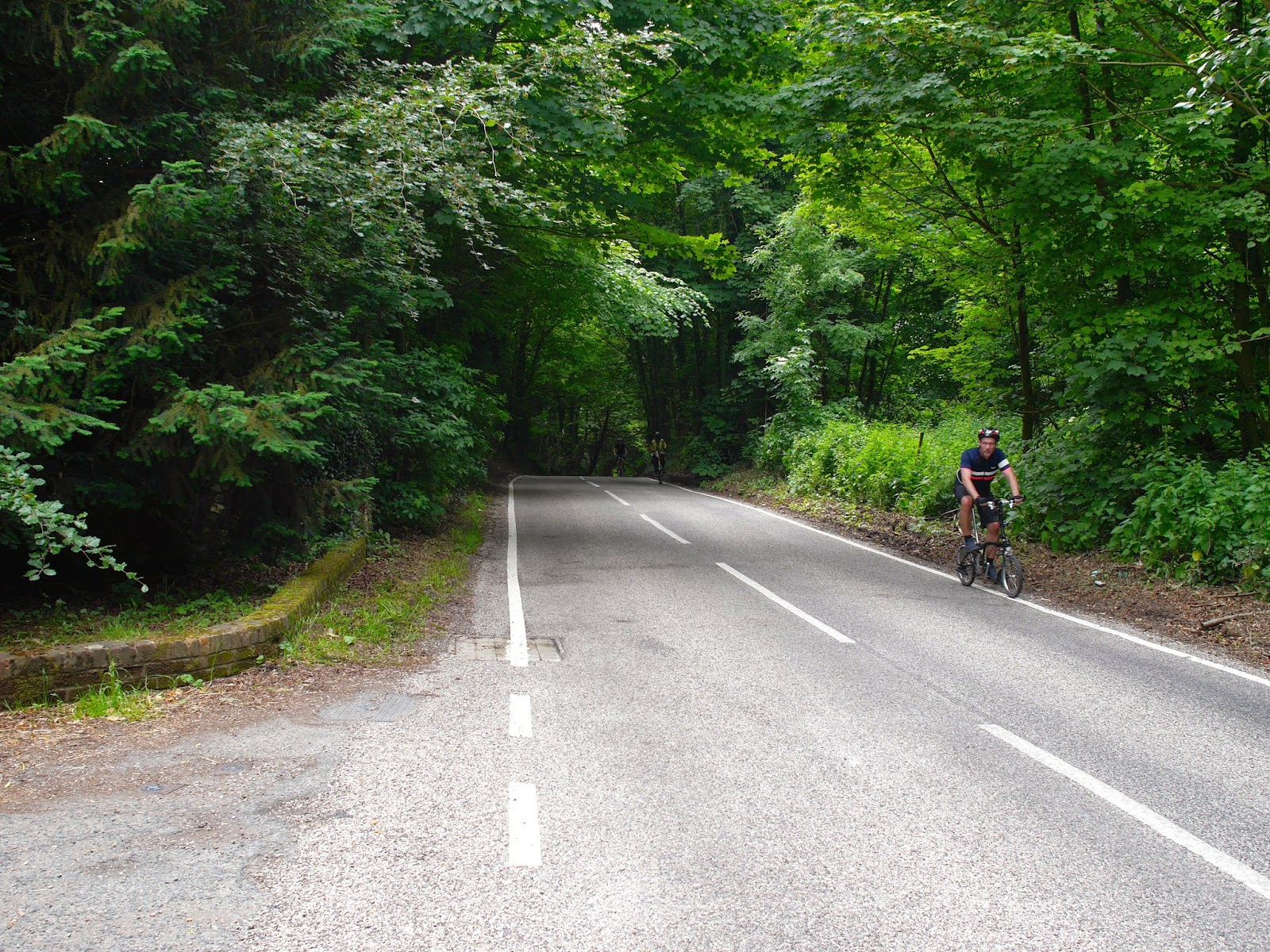 Once at the top it reminded me a little of the second time we did the London to Oxford ride and the big hill on that ride didn't seem as bad a year on. Another scalp taken! 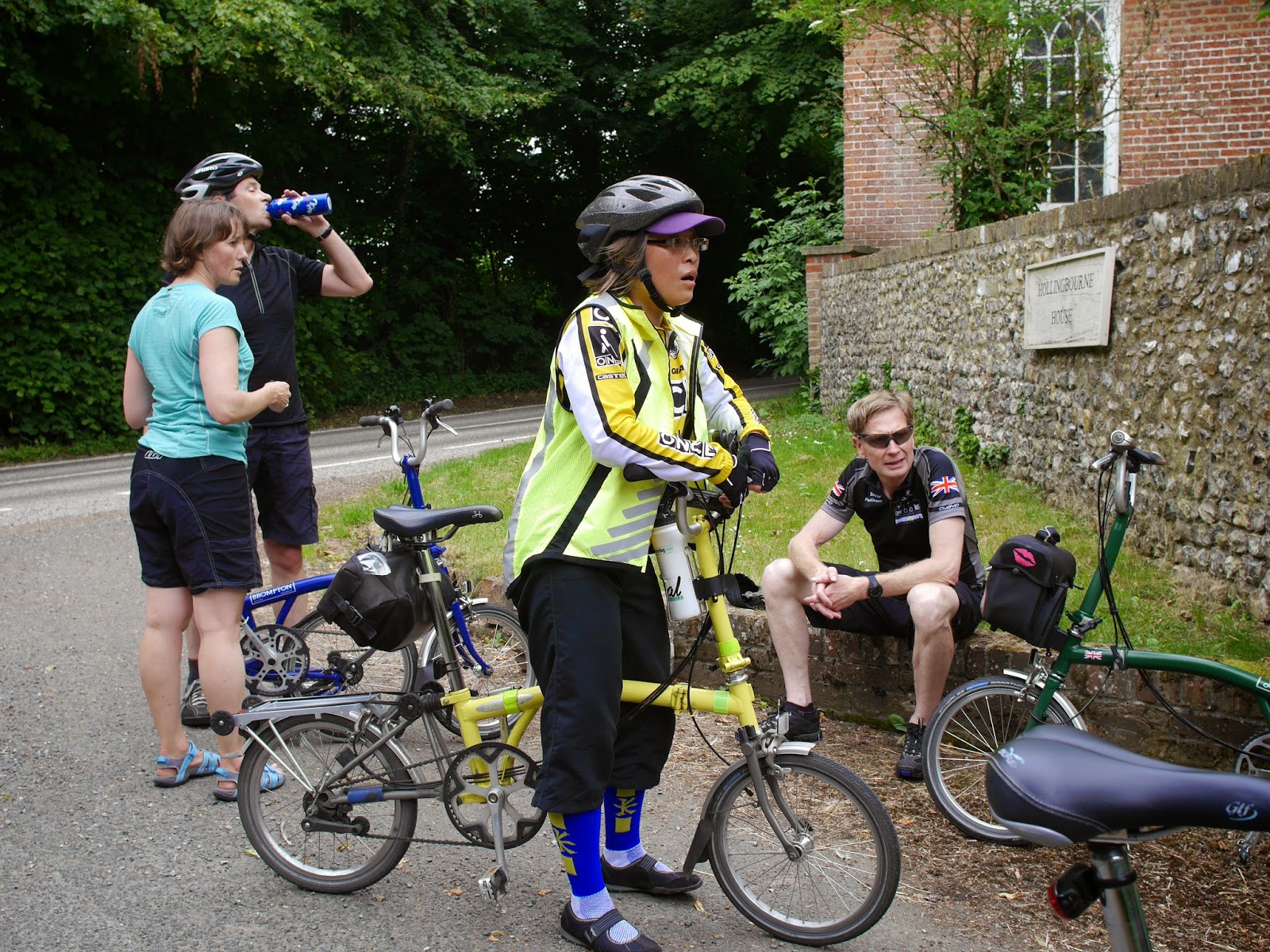 I had of course taken my trusty M type Orange Brompton and I wondered how many more adventures I would have with it? 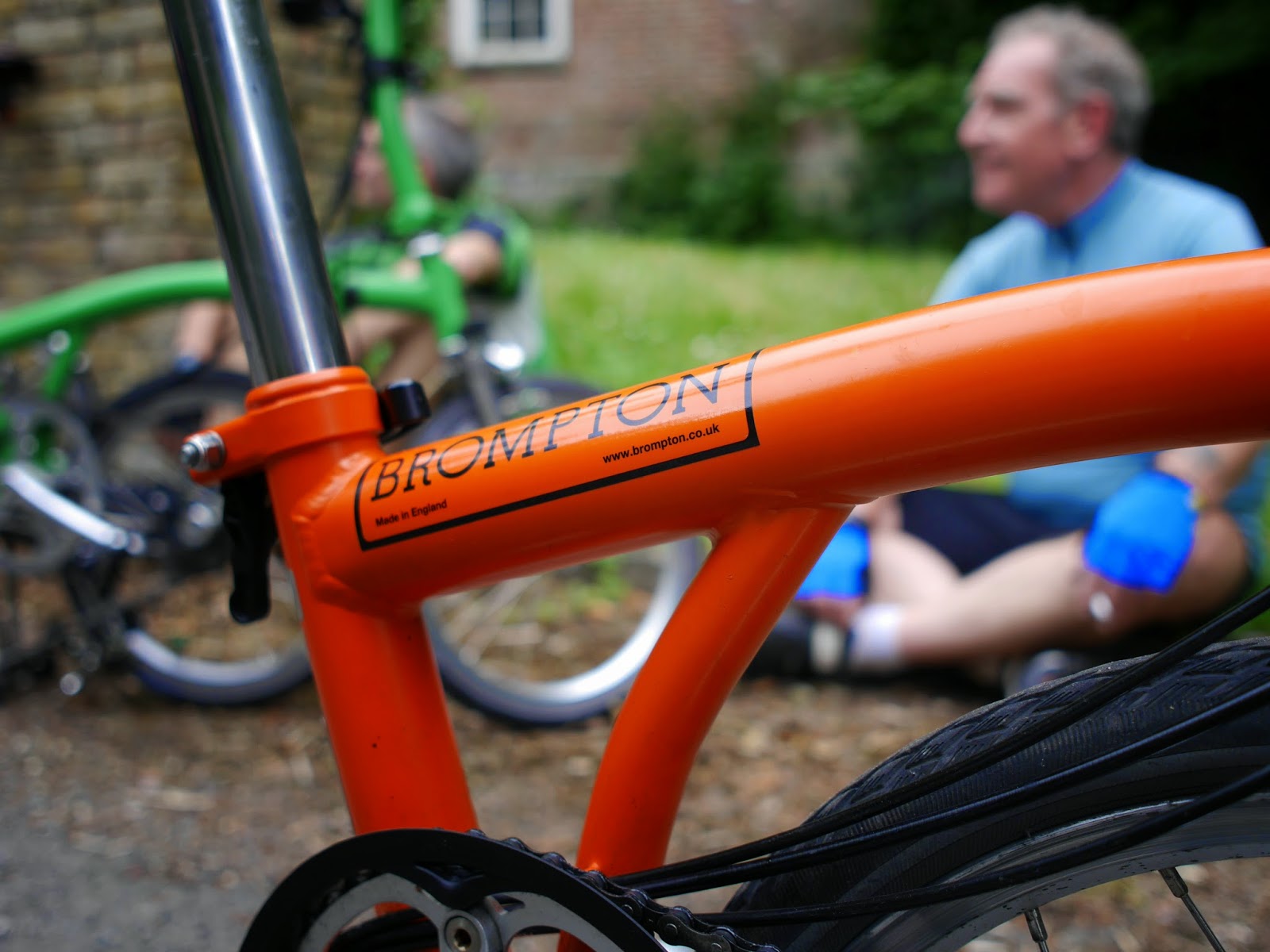 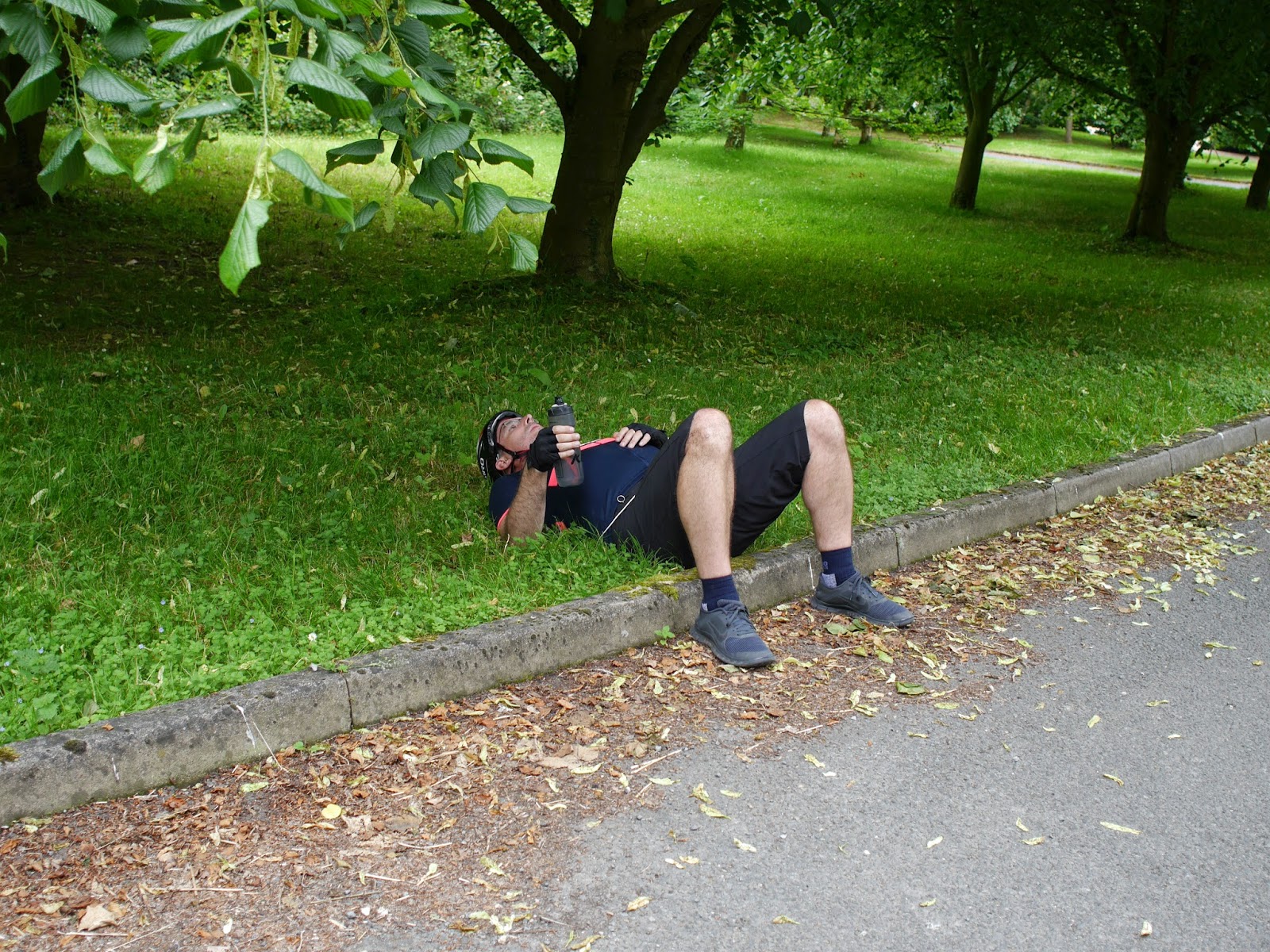 The final push to Whitstable was pretty hard. The wind started to get quite strong and was blowing against us, making things doubly hard. We all started to thin out on this last long section and for a good few miles I was on my own, caught up in my own thoughts.

The smell of sea air was unmistakable and seemed to get stronger and stronger. We stopped to regroup one last time and all made it to Whitstable together. 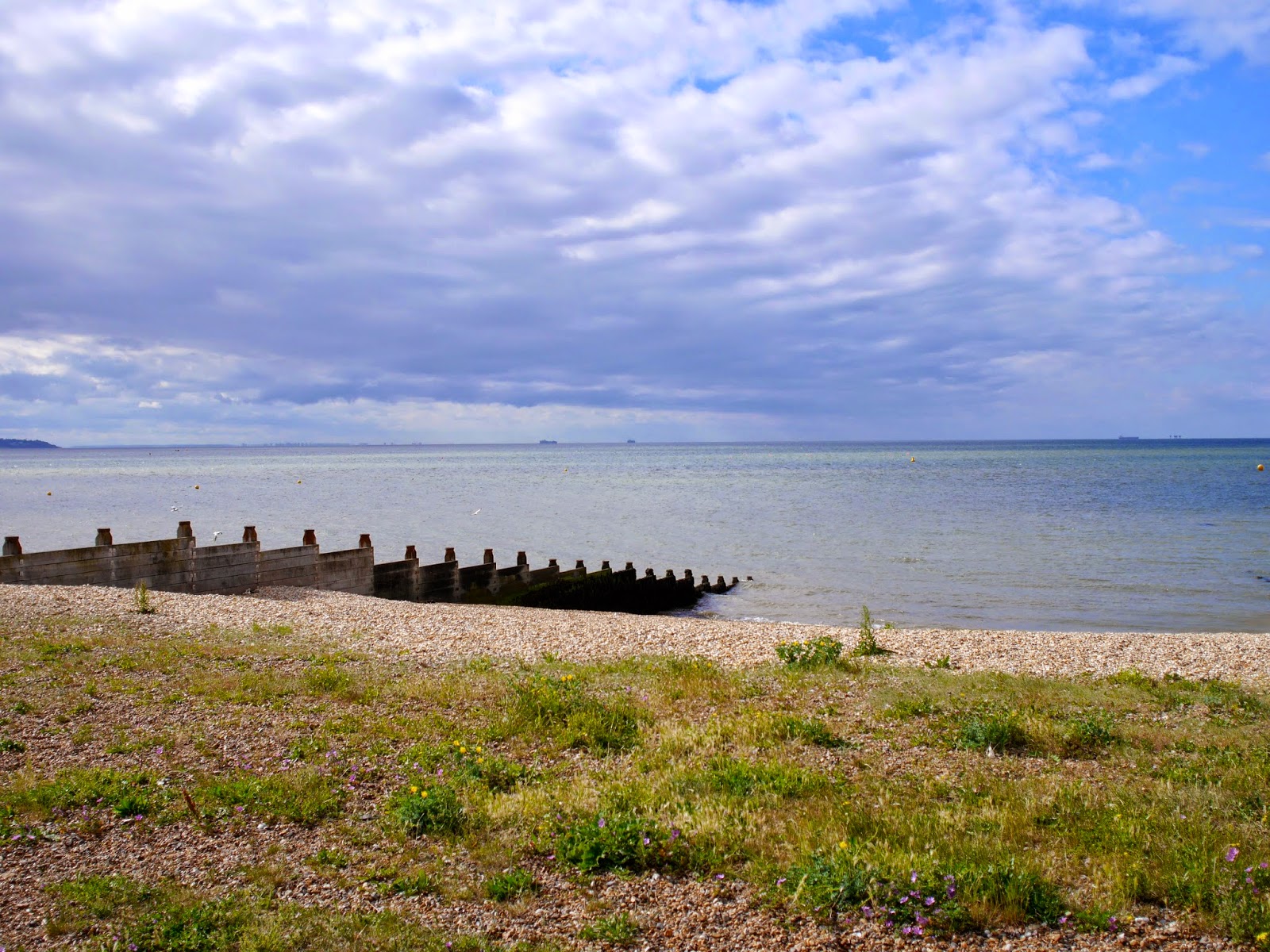 I had decided that I would not partake in fish and chips and would in fact head straight back to London on the earliest train I could get. Saying my goodbyes I headed off to the railway station. Loading up google maps on my iPhone I hopelessly attempted to follow its route, got lost and had to ask a local for directions.

With the station located I didn't have to wait too long before getting the train back to Victoria. This was a great ride and one I hope is repeated again - as it is that good. Many thanks to Mark (King of the hill) for organising. I suspect the next time we will be starting from Trafalgar Sqaure at stupid o'clock!! (I secretly look forward to that)!


Once back in London I made my way through the busy streets with much to deliberate about but more about that another time...if at all.

The ride data from my Garmin Edge 810 can be viewed below as can the blog for last years Whitstable ride, which ended not as smoothly as this one!