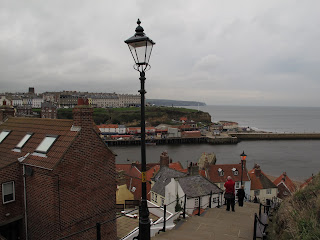 Whitby is a fantastic place!  I travelled up there with the family and despite my fear of going up north I loved every minute of it.

The people in Whitby were lovely and it was great to see all the Goths dressed in their finery, although I am certain that some must have been too old for when it was in its peak in the 80's and msut be recent converts? 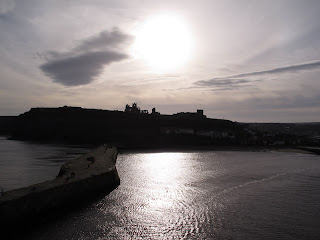 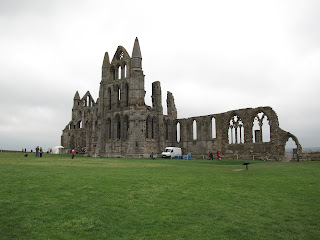 My Brompton didn't see the sights of Whitby, mainly due to the incredibly steep slopes all around.  The first picture show the 199 steps leading up to the Abbey in the third picture.  Dracula was shipwrecked at Whitby and in the book of the same name, the locals saw a large black dog fly up these steps, only to disappear in the Abbey grounds.

While there I also bought a couple of pieces of Whitby jet jewellery and generally I would love to go there again next year.

Now I am back in the smoke as it were it is back to the daily commute on my Brompton.  It is small comforts like this that keep one going.
at October 31, 2010